“Libertie” Questions the Nature of Freedom Itself 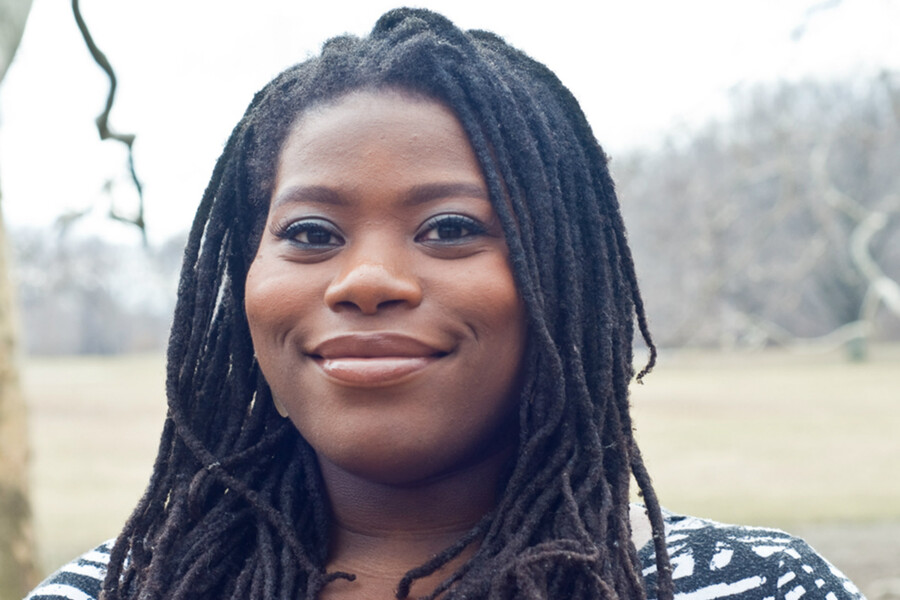 Kaitlyn Greenidge’s Libertie begins with a resurrection. “I saw my mother raise a man from the dead,” the book’s eponymous protagonist Libertie Sampson—a free Black girl living in the 1860s—remarks in the novel’s opening line. Sitting at the intersection of freedom struggle in the Americas, Libertie is born to a freewoman and a fugitive, defined on both sides of her family tree by the legacy of slavery near and far. And though she is freeborn and class-privileged like her mother, Libertie’s dark(er) skin continues to constrain the freedom she has inherited as she must bear the weight of colorist impositions and imaginations. Raised by her mother, a light-skinned and wealthy freeborn woman, Libertie is most often compared to her deceased ancestors because of her darker skin and childlike curiosity.

As the novel asserts, Libertie shares a great resemblance to her deceased father, a dark-skinned fugitive born into slavery, and to her mother’s deceased freeborn sister, who died prematurely on account of her inability to pass as white. Galvanized by the traumatic death of her younger sister, Libertie’s mother, Dr. Sampson—a “colored woman” with a conviction to serve her community—became an expert in the science of resuscitation. Over the course of the novel, Libertie is pushed to emulate her mother’s respectable comportment and follow in her footsteps. Instead, she finds a hunger for life that calls her to refashion herself in her own image. Through self-narration, Libertie uses her memories to draw readers into the world of the dead and the near-dead that populate so much of both her family’s history and her mother’s profession as a doctor. Named “for a dead man’s dream,” Libertie’s journey is shaped by a generational hunger for freedom and an inherited project to imagine a life worth living.

In Libertie’s recollection, on the fateful day when Dr. Sampson “raise[s] a man from the dead,” she does so without pageantry. A skilled and measured physician, Dr. Sampson helps this man escape his stupor only to discover he’s plagued with an additional ailment—“a problem of the spirit”—that she can’t begin to diagnose or heal. As Libertie learns, the near-dead man, known to her as Mr. Ben, had survived a fate worse than death—slavery. Arriving at Libertie’s home in the morbid vessel of a pitch-black coffin, Mr. Ben is revealed to be a formerly enslaved man who escaped, a fugitive who was drugged to ensure his silence in cross-state transport, and subsequently stowed away to avoid detection. From the moment he’s freed from the casket, Mr. Ben aches for loved ones lost and for a life rich with meaning and purpose. “It feels like there’s a hole in me, in the very center of me, and the wind’s running through it,” he explains to the doctor. Untrained in problems of the spirit, Dr. Sampson informs her patient that she’s not equipped to address the psychological wounds that will remain long after his physical health improves. “I’m a trained doctor. I fix the body. The spirit can tell me what’s wrong with the body sometimes. But what you are describing—you can talk to Reverend Harland at the church about the spirit.”

Setting out to do for the spirit what her mother does for the body, Libertie grows to regard music as another kind of medicine. After her mother sends her away to Ohio to study at Cunningham College, she finds her greatest interest in the campus’s burgeoning culture of performance. Upon joining a singing group with two other “colored” girls, Experience and Louisa, Libertie remarks on the transcendent capacity of music. “When I sang with them, my whole history fell away,” she says. “There was no past, no promised future, only the present of one sustained note.” Without a promised future however, Libertie’s adult life takes many twists and turns, even after she taps into her passion for musical performance. Her mother’s plan for Libertie’s life is set: She’s going to attend medical school and eventually join the family practice. Resistant to this rigid vision for her life, Libertie seeks out alternative opportunities for self-determination and finds herself betrothed to a man who woos her with the promise of new possibilities. When Libertie accepts a marriage proposal from a young Haitian doctor named Emannuel Chase, she does so in the hopes that she will find true independence abroad on the island of his birth—a place where a historic revolution of enslaved and free Black people in 1791 gave way to the establishment of the first Black republic at the turn of the 19th century. 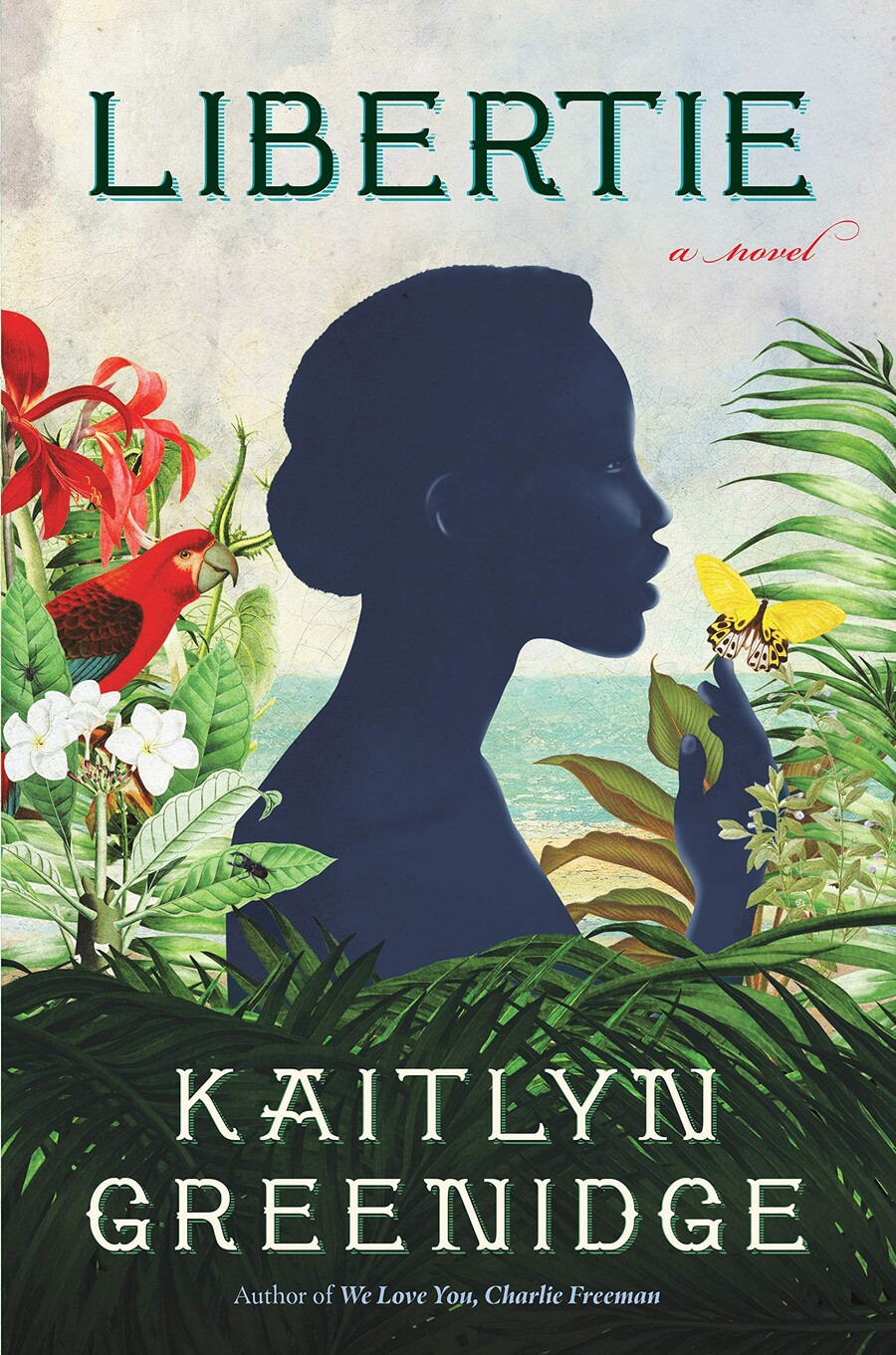 With respect to this history, Libertie moves to Haiti with only a shallow understanding of what her life, and the lives of others, will actually look like. After peeling away at the utopian vision of Haiti offered to her by her new husband, she uncovers the country for herself, and in doing so, is faced with the unromantic work of negotiating freedom as a Black woman in the Americas. Libertie treats the genre of the bildungsroman as a vehicle for exploring transnational histories and varied social conditions. Through the trials and tribulations of its young Black woman protagonist, the novel reveals a commitment to Libertie’s coming-of-age journey that mirrors that of Zora Neale Hurston’s treatment of Janie Crawford in Their Eyes Were Watching God (1937). Furthermore, Greenidge’s authorial investment in representing the rich complexity of Haitian life and culture finds itself in conversation with Hurston’s own history on the island.

In 1936, thanks to the support of a Guggenheim fellowship, Hurston lived in Haiti while she worked on anthropological research into Haitian Vodou and Caribbean culture. During her time there, she was overtaken by a “force somewhere in Space,” which compelled her to start and finish her second novel—a story about a young Black woman named Janie who, only a generation removed from slavery, struggles to find love, security, and freedom across the anti-Black and patriarchal landscape of 1920s Florida. Just like the Janies who came before her, Libertie enters the literary canon of Black girl protagonists of the early 20th century, all of whom learn that the vision of freedom they’ve been offered is both precarious and ill-fitting. Throughout the novel, the enduring influence that anti-Blackness, colorism, and misogyny have on Libertie’s life suggests that the elevated status of even the freeborn remains contested.

In this way, Libertie’s struggles foreshadow the ways that emancipation continues to be regarded as both a “nonevent” and “not enough” where the matter of Black women’s freedom in the 19th century is concerned. In her quest to locate the freedom that was allegedly her birthright, Libertie walks the perimeter of a free world she’s only nominally admitted into. And when she’s kicked out of her college after being reluctantly admitted into a men’s course, the women’s dean at Cunningham says it best: “We do not have a place for you.” By bearing witness to Libertie’s efforts to make a world for herself and for future generations, readers are left to consider the nature of freedom itself and the cost of making space for yourself in a world intent on restricting you. At the end of the novel, as Libertie stakes her claim to personal freedom, she vows to leave both her husband and Haiti. Left to contend with this final decision, readers are invited to imagine the new beginnings that might spring from her decision. In the wake of yet another relocation in Libertie’s personal narrative, a series of questions emerges as the novel concludes. What does it mean to be free? What is love without freedom? What is freedom but the space forged by fight and flight?

Read this Next: “Of Women and Salt” Treats Immigrant Mothers as More Than Martyrs 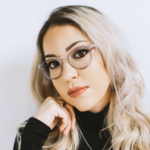 by Barbara Sostaita
Gabriela Garcia teaches us that we do migrant women a disservice when we romanticize their struggles.