Freedom of InformationLibraries in the Age of Trump 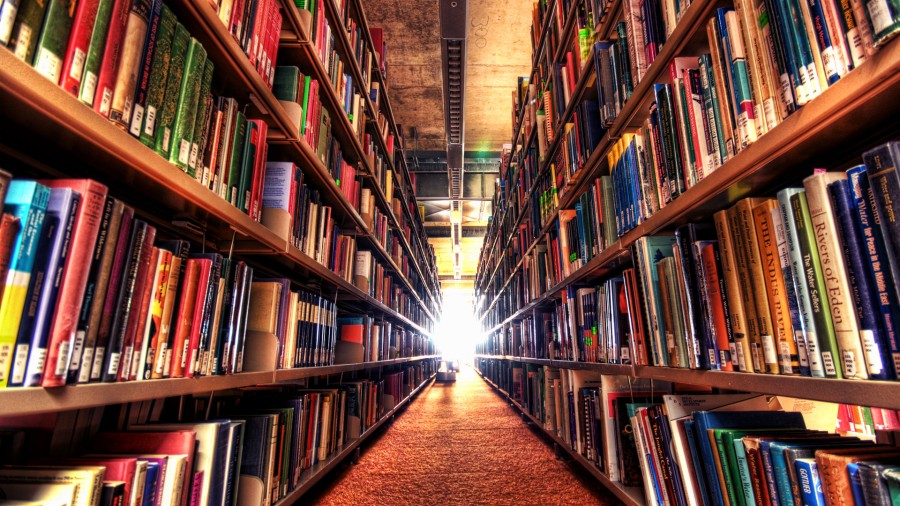 Earlier this month Oxford Dictionaries proclaimed the word of the year to be “post-truth.” Selected as a mood-encompassing capsule with trending cultural significance, it is defined as, “relating to or denoting circumstances in which objective facts are less influential in shaping public opinion than appeals to emotion and personal belief.” After the grim election results slapped many Americans across the face, we seemed to collectively scrambled to find somewhere to place blame. Many critiques resonated with me, from analyses of voter suppression to examinations of the complicity of white people in general, but as a budding librarian entering a career frequently threatened by misconceptions of obsoleteness, the affirmation that like Facebook, Google contributes to the spreading of fake news and therefore holds responsibility in the election results struck a chord.

The impression that the internet is a viable replacement for librarians is not new, and just this year, a defeated librarian seemed to wave his white flag with the headline, “In the Age of Google, Librarians Get Shelved.” Yet the recent election cycle and studies revealing Americans’ inability to sort clickbait from facts demonstrate how far from the truth this sentiment really is.

Libraries are radical, evolving resources that function with the sole purpose of providing free access to information for the masses and creating intellectual equality. As David Kipen, UCLA professor and former literature director for the National Endowment for the Arts, explained in the Los Angeles Times, “In addition to their sacred role as an ark for endangered book culture, libraries already offer most of the services that society can’t or won’t otherwise provide. They’re career counselors, homeless shelters, and Internet cafes, stopgap solutions to way too many of society’s problems.” In times of Trump, Kipen urges the public to turn to their libraries and calls for the arming of minds with intellect.

But how are libraries responding to the reality of our soon-to-be president? In the original press release issued on November 15 by the American Library Association (ALA), President Julie Todaro said she was “ready to work with President-elect Trump, his transition team, incoming administration, and members of Congress to bring more economic opportunity to all Americans and advance other goals we have in common.” A strong backlash from librarians who equated this response as dangerous normalization followed, and the ALA quickly apologized and withdrew this version of the release, citing it as a premature draft. Sarah Houghton, director of the San Rafael Public Library and a blogger, archived the original copy, and in her open letter to Todaro, she echoed the feelings of librarians all over the country who reject notions of the library as a place for neutrality . Alanna Aiko Moore, a librarian for Ethnic Studies, Critical Gender Studies, and Sociology at UC San Diego and fellow ALA Spectrum Scholar, took to GoFundMe and created T-shirts in response to Trump’s presidency, writing, “this campaign is about social justice, taking a stand against oppression and hate, and welcoming people from all backgrounds and communities (especially the marginalized) into our institutions.” The shirts read “Library Folks in Solidarity with Muslims, Refugees, Asian Pacific Islanders, NoDAPL, Immigrants, Latinx, Women, Indigenous People, Jewish Communities, Black Lives Matter, People with Disabilities, LGBTQIA Community, All Vulnerable People,” and in the three weeks the GoFundMe was live, it generated $12,000, $10,000 over their goal. Proceeds from the sale went to think tank Political Research Associates.

While the revised ALA statement reaffirmed the association’s commitment to helping libraries serve as sites for refuge and support diverse, vulnerable library patrons, librarians are continuing to take matters into their own hands. From library signage that openly welcomes all populations, to librarian-led discussions on Twitter, to meet-ups for librarians committed to social justice, active responses to Trump’s presidency abound. As libraries exercise their commitments to evolving, constant reassessment of their communities’ needs and responses are key. A trending suggestion in light of the post-truth world we seem to live in is for libraries to create and maintain lists of vetted websites with factual information and lead classes for the public on how to verify news sources on their own.

When a wealth of digital information abounds with murky fodder posing as fact and an impending fascist presidency threatens to compromise our access to this information, taking the old-school route of looking to yourself and other humans for information seems to be regaining its appeal and worth. Even if you’re choosing not to take advantage of the ability to stream movies, download audiobooks, or partake in genealogy classes for free, there are folks who depend on the library as their sole source of education, human connection, technology, and entertainment. A library is a direct form of activism and a tool for equality. It’s high time you jump on the bandwagon and add supporting libraries to your growing list of action items in light of our new president.