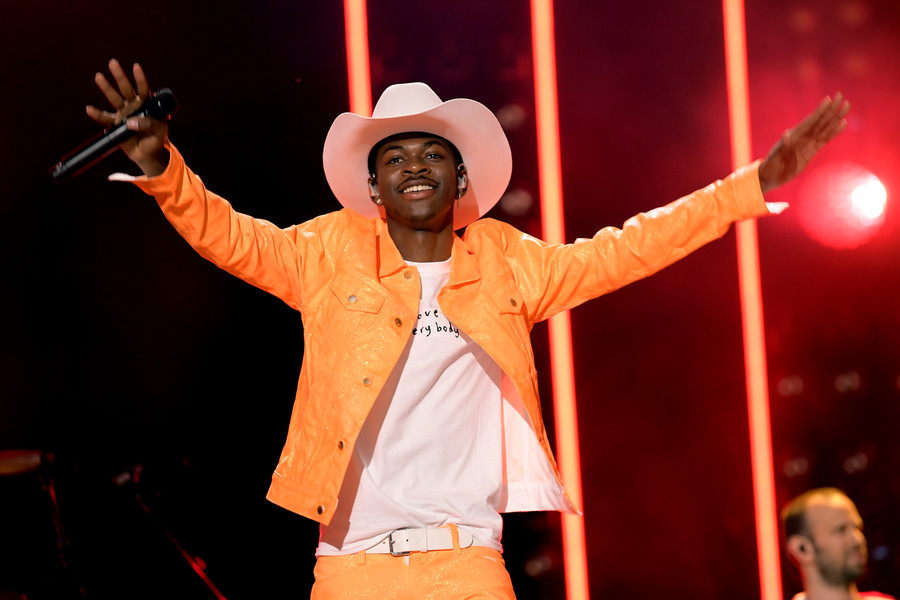 When it comes to mainstream hip hop, there is much to be desired in terms of LGBTQ representation. On the fringes of the rap scene, we find queer icons like Mykki Blanco, Bbymutha, and Big Freedia, but mainstream hip hop has often otherized LGBTQ folks, praising toxic masculinity and homophobia. We’ve seen a few artists, like Frank Ocean and Young M.A, break out of the mold, but few new artists have actively bucked hip hop’s legacy of homophobia—which is what makes young Black rapper and Atlanta native Lil Nas X so notable. An artist as interested in complicating genre as he is in complicating expectations of straight maleness, Lil Nas X chose to come out on the very last day of Pride Month 2019.

In December 2018, Lil Nas X (also known as Montero Lamar Hill) made headlines with “Old Town Road,” a country/hip hop crossover single that paired low-country guitar and a deep Southern twang with the kind of bass-heavy production Atlanta rap is known for. The combination of the song’s well-timed audacity and impeccable social-media presence launched it into both virality and controversy when it debuted at number 19 on Billboard’s country-music chart. And as the country-music establishment resisted his entrance and broader audiences challenged his ability to claim both country and hip hop genres, Lil Nas X moved comfortably between the imagined borders.

Billboard’s subsequent decision to pull “Old Town Road” from the country chart, however, was an act of gatekeeping that got just as big a response. The magazine’s official statement was that the song’s inclusion on the country chart was a mistake, and that it “does not embrace enough elements of today’s country music to chart in its current version”—a backpedal that came across as a dismissal of Montero’s music as too Black to be legitimate. At least one country artist pushed back in a show of allyship; Billy Ray Cyrus linked up with the artist, and their collaboration on an “Old Town Road” remix reached instant song-of-the-summer status, rocketing to number 1 on Billboard’s all-genre chart, where it still remains. Celebrities like Billie Eilish, Cardi B, and even Gordon Ramsey have sung the praises of Lil Nas X, clamoring to hop on remixes, grilled-panini collabs, and photos–turned–instant memes.

Given the complex relationships to race, class, and gender expectations in both the country and hip hop genres, it wasn’t shocking that the mere presence of Lil Nas X on country charts was enough to launch a debate about what genres of expression Black people have a “right” to. And with his June 30 coming-out tweet, Lil Nas X further challenged conventional wisdom on hip hop and found a way to link together conversations on homophobia, racism, and music-industry gatekeeping. “Some of y’all already know, some of y’all don’t care, some of y’all not gone fwm no more,” the now-viral tweet began, “but before this month ends i want y’all to listen closely to c7osure.” Fans and critics everywhere promptly began breaking down lyrics and analyzing everything they could about his identity, while mainstream outlets cut to the chase with headlines like “Lil’ Nas X’s Pride tweets mean exactly what most people think they do.”

The move gained the artist even more scrutiny, but his infallible humor—he regularly responds to homophobes with memes—also resulted in an even more dedicated fandom, with many of hip hop’s greatest lining up to endorse the musician. Instead of concerning himself with clarifying his coming out, Lil Nas X kept it moving. His newest project further establishes him as an artist who defies binaries, sonically and otherwise; 7 pulls from hip hop, rock, and country, genres whose roots were artfully set down by Black people in our country’s history. His commitment to genre-bending is what sets him apart from his peers: One moment we’re riding horses along backcountry roads, the next we’re in a mosh pit, heavy synth and complex guitar riffs vibrating our ribcages.

Lil Nas X is an artist who offers listeners the freedom to take from his work on their own terms, and his queerness exists in a similar space: It, too, is legacy. To look closely into Lil Nas X’s work is to realize that he is carving out a niche in the shadow of a very long, critical, and powerful queer legacy that has always been as multi-faceted as it is radical. As neatly as he tucked a Nirvana melody beside OutKast-level funk in his debut EP, Lil Nas X now reminds mainstream, cishet audiences what Black queer folks have been fighting to explain for centuries: that living outside of arbitrary binaries isn’t complex or even brave. It’s ingenuity, and it’s critical to the survival of not only ourselves but of the communities we uplift and the cultures we shift.

In a 2016 TEDTalk titled “A queer vision of love and marriage,” activist, artist, and researcher Kim Katrin Milan asserts that “queerness encompasses all of the layers of who I am and how I’ve loved. I’m layers, and not fractions.” Queerness as a cultural identity, a political framework, and an orientation offers nuance and defiance. In many ways, Lil Nas X and his work exist in a space where cultural norms and boundaries, whether of genre or of identity, are of little consequence.

There is, however, a need to be realistic: Lil Nas X has become a symbol in his own right in coming out, but we don’t know yet if he will be one of the first prominent hip hop–adjacent artists to intentionally queer their own politics. A queer politic, to pull from the dictionary of sex educator, activist, and thought leader Ericka Hart, is one that is intersectional, and demands that we investigate the anti-Black, capitalist, ableist and otherwise restrictive conditions of this world. Just because cishet—and even homophobic—listeners are currently singing the praises of a currently trending, freshly out young star doesn’t mean they’re rehabilitated. Likewise, an artist’s coming out doesn’t automatically mean they are choosing to embody a queer politic. That embodiment is yet to be seen.

It’s crucial to note that Lil Nas X doesn’t call himself a rapper, just as he hasn’t defined his identity as an LGBTQ person beyond his ambiguous lyrics and the rainbow flag on the cover of his EP. This ambiguity is important, as it has given the hip hop game a lot to consider: Artists lining up to back him in battles against country music’s top bigots and collaborate with him as a means of asserting his legitimacy make for a critical stance both culturally and politically. But the flip side of that is that ambiguity allows cishets in hip hop, white folks in country, and other standard, and often malevolent gatekeepers, to play the moderate. In a political moment that is hyperfocused on the black and white, the world doesn’t need more moderates. We need artists who aren’t afraid to complicate how media and culture sees our Blackness at its intersections, and we need allies to proudly declare the sides they choose in matters of art and, to a greater degree, justice. We need artists who create work that is just as complex as the lives we live, and we need the world to listen.

Read this Next: BitchTapes: The Forgotten Women of Hip Hop 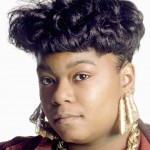 by Sarah Mirk
The mix features female hip-hop artists “from big names to virtual unknowns from the Golden Era to the mid-’90s.”
by Aurielle Marie
View profile »

Aurielle Marie is an essayist, poet, and activist hailing from the Deep South. Her work is featured in The Guardian, Allure Magazine, ForHariett, and more. Aurielle is obsessed with Target candles, and writes about Blackness, bodies, sex and pop culture from a Black feminist lens. Follow her: @YesAurielle.