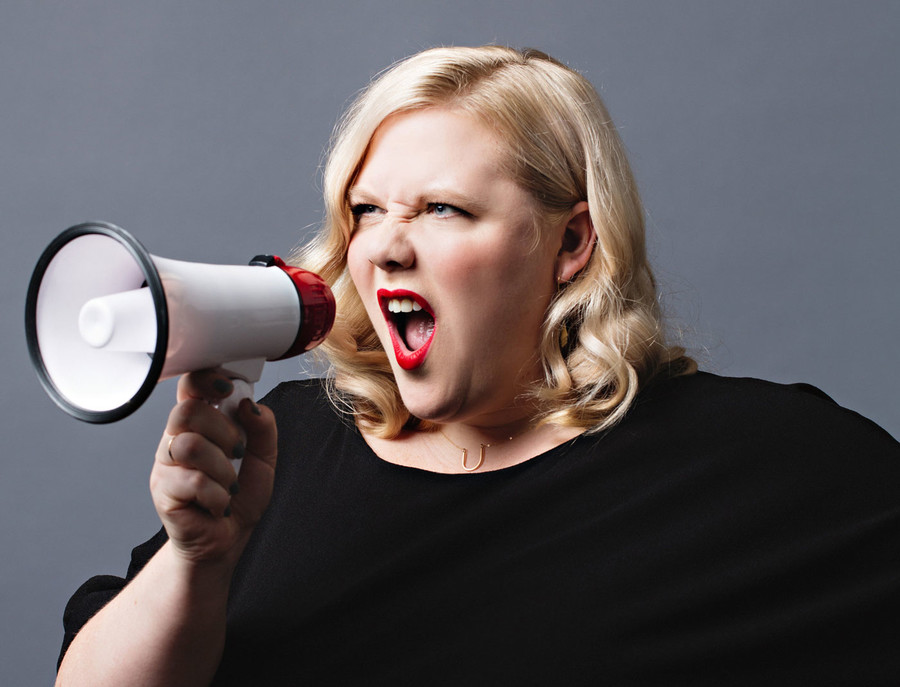 Content warning: Odds are good that you’re going to read five pages of Lindy West’s new book and want very much to close it.

I say this not because the book, The Witches Are Coming, is bad. It’s not, and if you’re familiar with West’s writing—in Seattle’s long-running free weekly, The Stranger; in Jezebel, where West first came to ranty pop-culture prominence; in the New York Times, where she is currently a columnist; or in her 2016 memoir, Shrill: Notes From a Loud Woman—you already know it’s not bad. But if you’re someone who sees the words “Access Hollywood tape” and “2016 election” and feels a very long rage nap coming on, consider skipping ahead to the second chapter, which is also about everything being terrible but eases into that via a consideration of famous internet cats. If you’re not an internet-cat person, you can move ahead to Chapter Three, which is about the filmography of Adam Sandl—actually, you know what? Just start at the beginning.

The Witches Are Coming is a book about the way pop culture both reflects and builds on social and political beliefs, biases, and assumptions that are intrinsic to America; more important, it’s about the question of what’s possible when that culture begins telling new stories. The book offers up a carload of subject matter—South Park, climate change, abortion, Guy Fieri, online musical-gear swaps—and drives each one toward forks in the road that ask us to consider and confront them. Can we see how the mediation of Ted Bundy typifies a binary wherein a white man can be a charming genius even when he’s a serial killer but all a woman has to do is smile wrong to be demonized forever? Is there room to venerate Joan Rivers as a groundbreaking comedian and scrutinize how her own misogyny impacted women in comedy? Is Clue the best movie ever based on a board game? (Yes to all of these, btw.)

In a time when so much nonfiction can’t avoid confronting this moment in time—this disturbing, violent, hair-raisingly crucial turning point of a moment—The Witches Are Coming is suitably blunt. There are dad jokes; there are snarky footnotes; many chapters end with declarative statements that read like a “Fuck This Fucking Shit” version of Dove Promises. (“Girls deserve more than a glow reflected,” “Irreverence is the ultimate luxury item,” “We’re coming for your lies. We’re coming for your legacy.”)

And though West’s online presence is fairly limited (she writes of her decision to leave Twitter in 2017: “I’m pretty sure that ‘ushered in kleptocracy’ would be a deal breaker for any other company that wanted my business”), TWAC is a very Online book. Which makes sense: Discourse at the intersection of politics, ethics, and pop culture not only increasingly takes place online, but is further filtered through multiple layers of online-ness—memes, Twitter joke formats, metahistory, and more. This works better for some pieces than others. The revisionist history of internet superstar Grumpy Cat’s given name is a compelling snapshot of a battle between social consciousness-raising and stubborn human resistance to change. On the other hand, West’s account of attending Gwyneth Paltrow’s wellness conference, the unacceptably named In Goop Health, doesn’t tell us much that we didn’t already glean from countless online takedowns of GP’s jade-egg and chia-seed grifting.

Shrill was an origin story with a clear trajectory; as a memoir, it laid out the formative influences and indignities that led to West finding her voice, her creative niche, and her community. The Witches Are Coming is more diffuse. West is a bona fide public figure these days—she’s an executive producer for Hulu’s critically lauded adaptation of Shrill, now gearing up for its second season. Shout Your Abortion, the nonprofit organization she cofounded with friend Amelia Bonow, remains sadly necessary—so it makes sense that the book feels more observational than it does personal.

Bits of disclosure, however, hit hard. In the chapter “Magic Isn’t Magic,” West writes about Shrill’s journey from page to small screen; a look at how the sausage gets made that emphasizes that even a new kind of sausage—a body-positive sausage, an empowering sausage, a feminist sausage—is full of the same old lips and assholes. She notes, for instance, that Shrill’s costume designer had so little luck finding cute plus-size clothes for star Aidy Bryant that most of her looks were custom made, and that TV execs twisted themselves into pretzels to avoid using the word “fat” while discussing the production of a show about being fat. 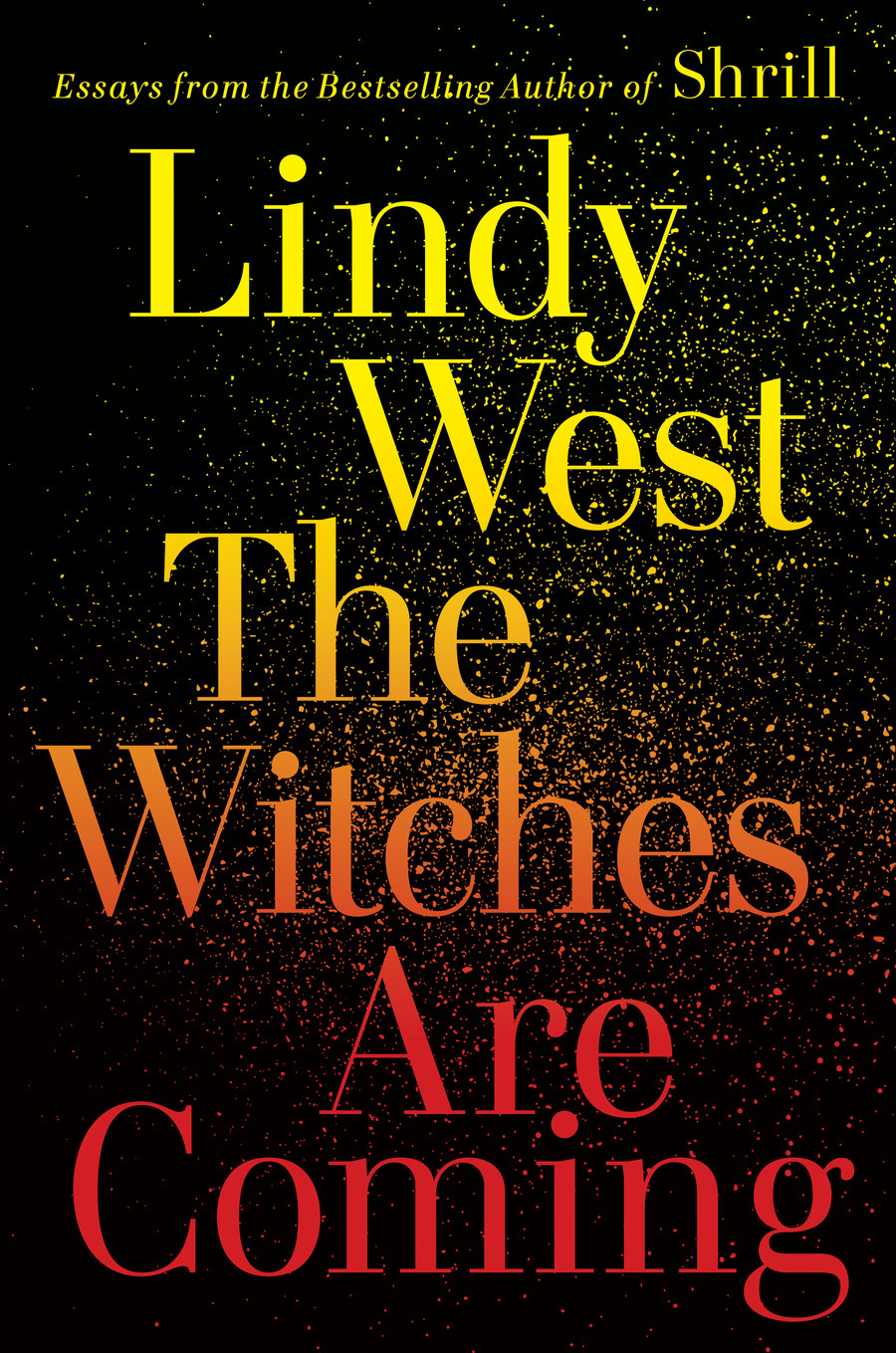 The chapter’s tale of a press event during which executive producer Elizabeth Banks was repeatedly questioned about why she—a gorgeous, thin paragon of Hollywood perfection—wanted to make a show about a fat person is a reminder that pop culture representations can be groundbreaking and still fail to produce a tremor in the status quo. The Witches are Coming takes for granted that its readers are coming from the same general place as West: open-minded; familiar with feminist principles; aware that sexism, racism, fatphobia, and more are intentional systems rather than individual failings. So while it’s tempting to ask who the book is for, that may not be the right question.

Feminism as a social and political movement continues to move two steps forward and one step back, but one indisputable gain is the current profusion of voices that don’t claim to speak to every issue and every community in a way that satisfies every feminist. Is West preaching to the choir? Yes. Does the choir deserve some cathartic profanity? Also yes. West has the luxury of not having to sell readers on the importance of feminism, of not having to modulate its anger or spoon-feed a rudimentary understanding of sexism and misogyny to readers in hopes that they’ll finally decide to care. Certainly it would be great if, say, men who don’t feel comfortable pushing back on sexist jokes made by their male friends pick up the book and take West’s counsel on the social risks of allyship. (“I need you to absorb that risk. I need you to get yelled at and made fun of, a lot, and if you get kicked out of the [boys’] club, I need you to be relieved, and I need you to help build a new one.”)

But catharsis and edification are not mutually exclusive. The anger and frustration that suffuses The Witches Are Coming highlight its galvanizing optimism: West wants the world to be better because she knows it can be. Much of what these essays call attention to is the sheer absurdity of so much contemporary social and cultural reactionism—multimillionaire comedians like Adam Carolla and Ricky Gervais who use their outsized public platforms to complain that they’re being “silenced” by identity politics, tech CEOs like Twitter’s Jack Dorsey who treat the question “Should your platform give a platform to actual Nazis?” like it’s the Trolley Problem, the belief that “real” Americans should resist the highfalutin’ elitist liberalism of caring about the environment or wanting universal health coverage.

And though West’s sarcasm is as extravagant as ever, it can’t be mistaken for cynicism. The moments in TWAC that lean prescriptive (“Think radical thoughts and let yourself imagine they’re true. Then ask yourself why it’s considered radical to make art that accurately reflects reality, to build a society that takes care of its members, to demand a better world”) don’t feel delivered from on high, or by someone hoping to sell you a crystal-infused water bottle—but by a person who still believes that speaking up has the power to change everyone’s lives.

Read this Next: You Can Laugh If You Want To 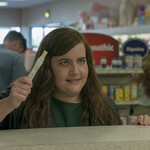