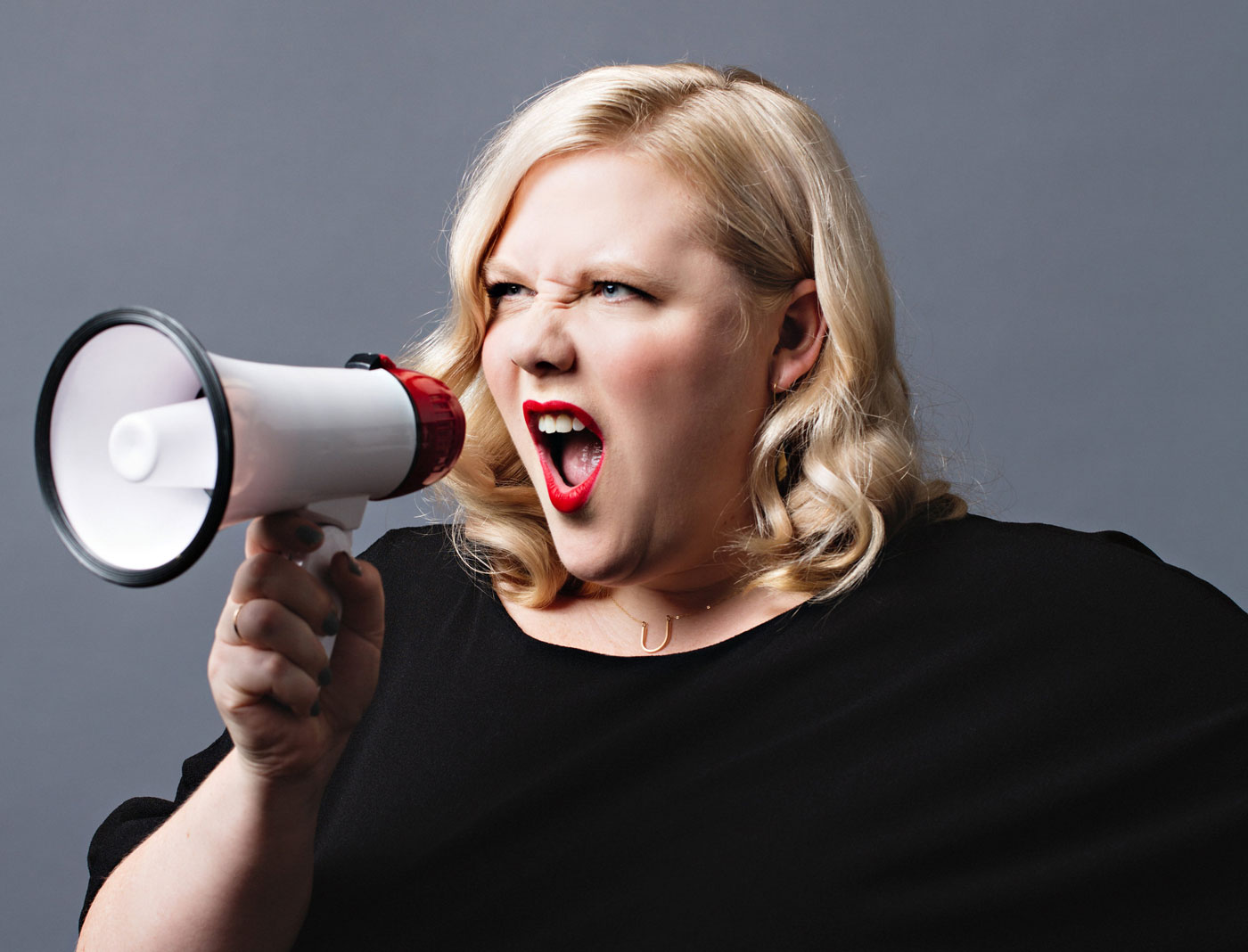 I started reading West’s film reviews online in The Stranger, back when I was in college and had just discovered the joys of the feminist blogosphere (I had dial-up at my parents’ house, okay?). I subscribed to her column on my newly configured RSS feed, and from then on, I was hooked—like so many other readers—on her brash sense of humor, her unique voice, and her singular talent for inserting a totally unexpected and completely perfect word into a sentence and making me laugh until I cried (I still laugh when I remember how she referred to Drake’s mentor as “a powerful baby wizard named Small Wayne”).

West’s new book, Shrill: Notes From A Loud Woman, is a joy to read and definitely worthwhile. West’s book covers all the major stories and controversies of her career, including her public disagreement with Dan Savage over fat politics, the Daniel Tosh rape joke clusterfuck, her ongoing battle with misogynist trolls, and her confrontation with a man who harassed her online by impersonating her dead father. Along the way, she weaves a narrative that showcases her growth as a writer and as a person over the course of her career and that attempts to answer the question she gets so often from readers and fans: “Where do you get your confidence?” 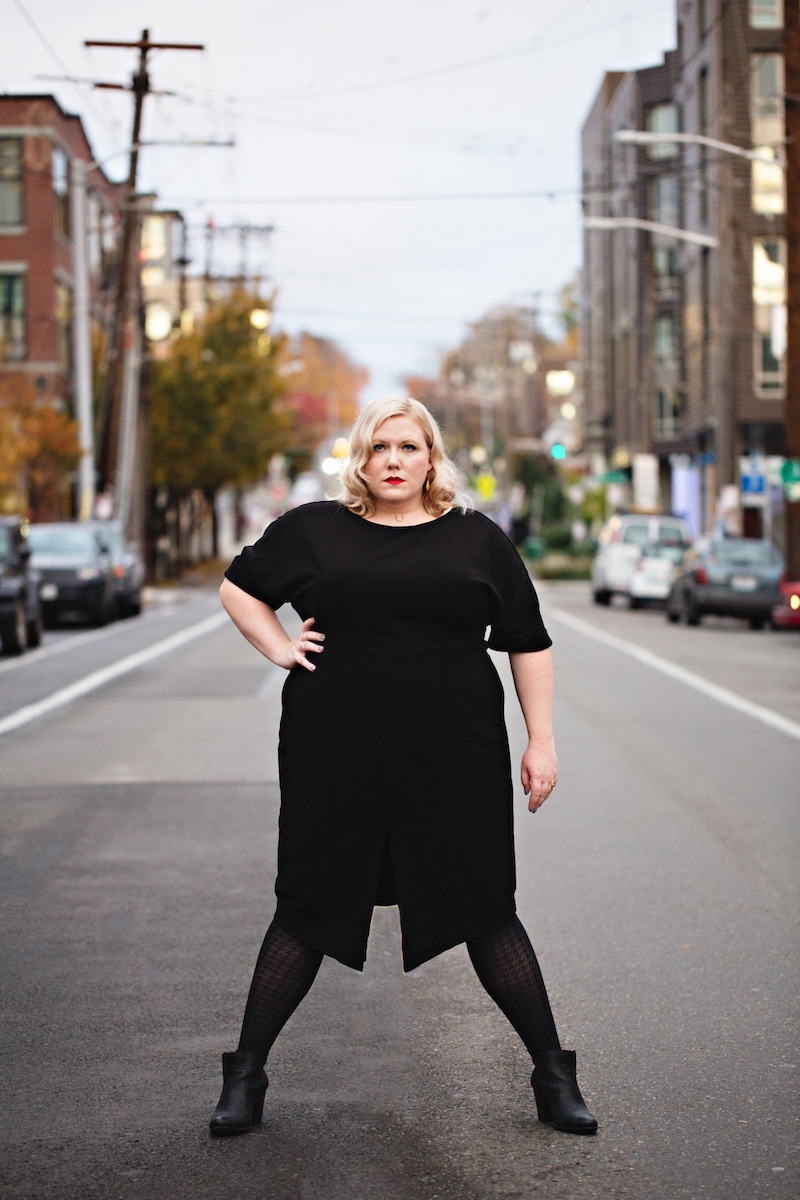 West isn’t really able to provide a successfully inspiring answer to that question. But I can’t fault her for that, because personal growth is almost always incremental and mundane. The story of her confidence basically goes like this: I was really insecure, but then I got mad and wrote some stuff, and actually lots of bad things did happen to me as a result, but I was mad enough and plenty of other good things happened to me so I kept doing it, and slowly the balance between the pain and the reward shifted in the opposite direction. In attempting to formulate this narrative, West displays the book’s only real weakness, which is an occasional inconsistency in her own descriptions of herself. At times, she describes suffering from extreme shyness and self-doubt as an adolescent (“I got good at being small early on—socially, if not physically”), but in other parts of the book, she describes herself in nearly opposite terms, as “‘a bit much’ for people… too loud, too awkward, too boisterous, too intense.” People are complex and always changing, and it’s probably hard to try to take the multiple facets of your personality and turn yourself into a consistent character for your memoir.

One of the most impressive aspects of this book is the level of nuance, self-reflection, and humanity that West displays in her analysis of her own writing and her relationships with others. In a chapter called “The Red Tent,” West revisits the time she attended a woo-woo gathering of women in a menses tent on behalf of The Stranger and wrote an article about it—an article that I remember reading in 2010 and thinking was soooo hilarious and mean. Looking back, it wasn’t as mean as I remember, but West still admits to some uncertainty about it. “Back at the office, I knew my job was to make fun of menses tent, but I just didn’t want to,” she says. “Sincerity is an easy target, but I don’t want to excise sincerity from my life—that’s a lonely way to live.” And then she launches into a truly heartfelt and honest reckoning with herself and her writing, because West is awesome. She shows that you can be funny and mean and incisive and brilliant, and you can also be thoughtful and considerate and write with intention. You can be a famous internet writer, confronting and feeding the never-ending hype machine, and you can still be a fucking good person. She says:

“I used to try to be cool. I said things I didn’t believe about other people, and celebrities, and myself; I wrote mean jokes for cheap, ‘edgy’ laughs; I neglected good friendships for shallow ones; I insisted I wasn’t a feminist; I nodded along with casual misogyny in hopes that shitty dudes would like me.

I thought I was immune to its woo-woo power, but if it hadn’t been for menses tent, how long would it have taken me to understand that I get to choose what kind of person to be? Open or closed? Generous or cruel? A lazy writer (it’s easy to hate things) or a versatile one? I don’t believe in an afterlife. We live and then we stop living. We exist and then we stop existing. That means I only get one chance to do a good job. I want to do a good job.”

In the chapter “Hello, I Am Fat,” about West’s disagreement with Dan Savage, she gives readers an in-depth account of everything else going on behind the scenes of their confrontation: her deep and abiding respect for Savage as a writer and editor, the wider focus in society on the “obesity epidemic,” her growing sense of injustice about fatphobia and need to speak out about fat politics, and the high stakes of publicly confronting a person who was, at the time, her boss and editor at The Stranger.

In addition to these excellent analyses of the more high-profile controversies West has been involved in during her life as a writer, Shrill includes a number of hilarious and heartfelt stories that readers might be less familiar with: stories about West’s childhood and family; her love life and her relationship with her husband, Ahamefule J. Oluo; her personal development; and dealing with the death of her father. Throughout, West proves herself to be a considerate and critical narrator with equal capacity for humor and genuine reflection—a writer who can turn her analytical eye just as easily to society as to her own life. It’s the best kind of memoir, and it shows that Lindy West still has a lot more to say—and that we should all keep listening.

Relevant: A New Video Series Encourages You to #ShoutYourAbortion 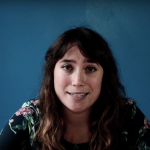 by Katherine Marrone
Thousands of people shared their stories of abortion on the hashtag #ShoutYourAbortion. Now, a video series helps document stories.