“[T]he grieving are very dangerous…. They are like injured animals with fearsome claws, bloodied and pushed into a corner… They are deranged.”  —Laura van den Berg, The Third Hotel

In Laura van den Berg’s third novel, The Third Hotel, a grieving woman begins to go mad. Clare is used to traveling for work, but the circumstances are all wrong when she goes to Havana to attend a film festival. She is supposed to be accompanied by her husband, Richard, but he has died unexpectedly. Alone in Cuba, Clare’s not certain why she bothered to come at all—until she sees Richard walking around, looking at art, drinking coffee, reading a newspaper. Is it really him? Or is the vision a manifestation of her grief? After tailing Richard from afar, Clare follows him to a hotel room where they spend the night together.

In the morning, she becomes violent: “The widow thrashing within knew she was lying next to an abomination, a delusion of grief, and that any moment she would wake up next to a corpse or alone and so she straddled him,” van den Berg writes. “She clawed his shorn hair, her nails piercing his scalp. She groped his face. She wrapped her hands around his throat and squeezed. You’re dead, she kept saying, No one is in here. But there were his eyes popping open, wide and afraid.” The most recent edition of the Diagnostic and Statistical Manual of Mental Disorders (DSM) marked complicated grief disorder (CGD) as an issue that should be further studied. CGD afflicts those who are unable to resume their “normal” lives six months after the grieving process begins.

More research is necessary because psychiatrists, like the rest of us, don’t quite know what to do with grief. Is it a normal human behavior? A pathologized, if finite, event? The suggestion that a certain kind of grief counts as mental illness is troubling, but aren’t the grieving maddened to some extent? There are many literary tropes about so-called excessive grief. In male characters, grief often manifests as either revenge or redemption (think Achilles mutilating the corpse of Hector as revenge for the death of Patroclus in The Iliad). For woman characters, grief is often depicted as womanish instability: In “Shrouds” by the Brothers Grimm, a woman weeps nightly for her dead son until his ghost shows up to complain; Miss Havisham from Charles Dickens’s Great Expectations wanders her mansion in the wedding dress she hasn’t removed since the day she was left at the altar.

We also promote trivializing characterizations of female “types”: the Manic Pixie Dream Girl (unstable in a cute, quirky, and generally unthreatening way); the crazy cat lady; and, of course, the crazy ex-girlfriend. Labeling women as “mad” or “crazy” has long been a way to strip women of of both their agency and credibility. But it is worth looking at the ways woman authors have explored grief as a catalyst for mental illness. Jean Rhys’s 1966 novel Wide Sargasso Sea—a postcolonial prequel to Charlotte Bronte’s Jane Eyre—is one such tale. Annette, a Creole woman living in Jamaica, loses her grip on reality after her disabled son dies in a fire. Annette’s surviving child, Antoinette, then marries an Englishman (Edward Rochester, though he is never named in the book) who rechristens her Bertha.

Perhaps so many grieving women become mentally unstable because we culturally refuse to validate grief as a part of life.

Antoinette/Bertha’s own madness develops when Mr. Rochester rips her away from her island home, takes her to England, and shuts her away in an English manor, setting her on the path to becoming Jane Eyre’s madwoman in the attic. Despite her disintegration, Antoinette/Bertha isn’t powerless: Whenever she can, she escapes her room. And finally, she breaks free by setting the house ablaze. In Daphne du Maurier’s classic 1938 novel Rebecca, the dead woman for whom the novel is named is remembered so fondly by her housekeeper, Mrs. Danvers, that she maintains a haunting presence in Manderley. The novel’s unnamed narrator is unnerved by the ghostly apparition of this woman she’s never met.

Consider, too, Toni Morrison’s Beloved, in which Sethe, a woman who escapes slavery, kills her own daughter to prevent her from being recaptured and enslaved. When a young woman appears on Sethe’s doorstep, she believes it’s the reincarnated spirit of her dead daughter, Beloved. It doesn’t matter if Beloved actually is Sethe’s daughter; what matters is that Sethe believes she is. Perhaps so many grieving women become mentally unstable because we culturally refuse to validate grief as a part of life. Women may have it right, though, in literature as in life: Going mad may be the only rational response to losing a loved one, to losing one’s own self, to losing one’s sense of dignity and worth. Maybe we don’t need to prioritize sanity and composure in the face of grief; perhaps we should all be allowed to go a little mad.

Read this Next: Female Trouble 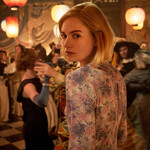 by Kerensa Cadenas
What makes Daphne du Maurier’s prose feel fresh and unique to this day is just how real it is in capturing the way women observe.