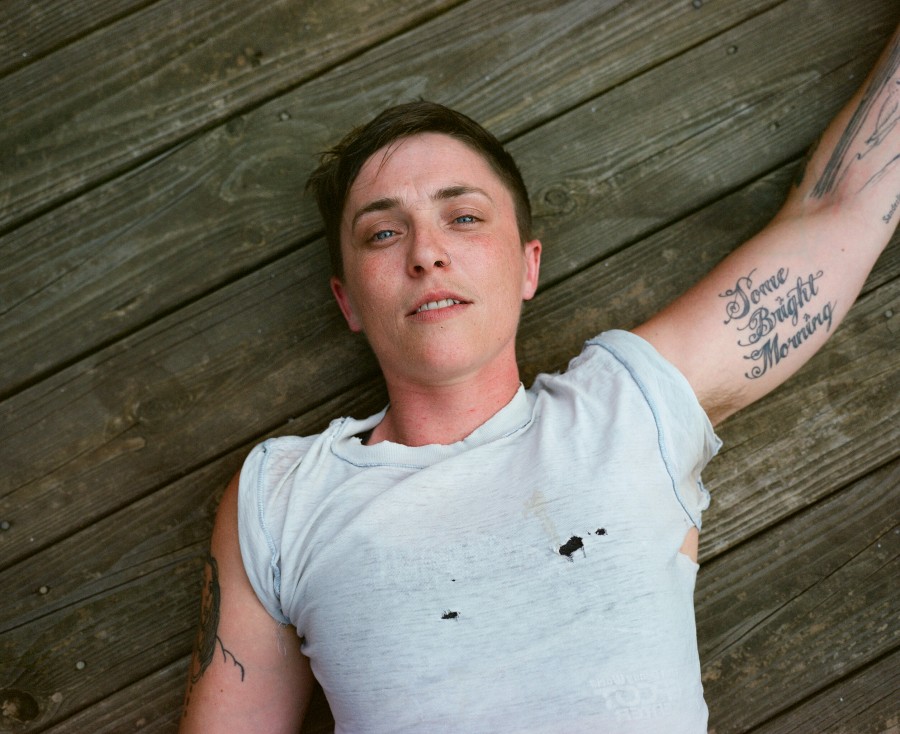 Protest lives in whispers as much as it lives in shouts. The latter gets more attention, generally, but the former is how most of the population practices resistance on a daily basis by staying informed, pulling their communities in closer, and passing on stories, quietly but incessantly, that tell the truth. Kym Register, the singer and songwriter for North Carolina duo Loamlands, wrote their latest record to do exactly that. Sweet High Rise is the band’s first full-length record, and Register took the album as an opportunity to delve deep into the tapestry of stories that make up their hometown of Durham, North Carolina.

Register, who uses they/them pronouns, has a punk heart. Loamlands, an Americana project with proud Fleetwood Mac and Indigo Girls underpinnings, was not the plan. The band’s lineup changes often, but it is usually Register and Will Hackney, who have played together in North Carolina’s Triangle area (Durham, Chapel Hill, and Raleigh) for years, including in the band Midtown Dickens. In that band, Register got an inkling that folk was their future, not punk. Or at least, not punk music. Loamlands, with its ’70s-rock guitar and pastoral imagery, has given Register a platform from which to write songs about queer life and history.

I never imagined wanting to croon like Loretta Lynn or play the perfect guitar lead—because “punk,” because “fringe,” because “queer.” I slowly started to accept my own influences. I fell in love again with Stevie Nicks and Bonnie Raitt and Kim Deal.

The question of whether a band fronted by a genderqueer anarcho-feminist who makes songs about queer love and rebellion is automatically a punk band, politically speaking, is the question Loamlands lives under. Which is exactly how Register wants it.

Even if you don’t know Register’s backstory, you can still hear that Sweet High Rise is a compelling, beautiful, and starkly political record. Album opener “Another Reason” is bold and catchy; electric guitar acts the song’s engine, driving it forward and lending it immediate and infectious energy. The second song, “Little River,” dives immediately into the heart of Register’s vision for the record as a whole. It’s the story of a man who was murdered on the Little River outside of Durham in the early ’80s on his way to a swimming hole frequented by gay men, and it’s the incident that sparked the creation of North Carolina’s Pride march. Register learned the story at a free school, and it gave them the narrative heartbeat of Sweet High Rise. Every song here is not about politics or activism directly, but learning about North Carolina’s history of police violence and violence against LGBTQ people helped Register realize that making exactly the album they—as a queer, punk-oriented, anarchist, Southern human­—wanted to make was itself a political act. Register summarizes the album like this:

These are reflections of a queer dirtbag in love, of owning the desire to kill all abusers, of small-town breakups, of the pent-up anxiety that comes [from] being on the cusp of identifying as angry and of standing strongly as genderqueer when I am misidentified as “she” or “he.” This record is a release.