“Love in Color” Modernizes the Myths We Love to Hate 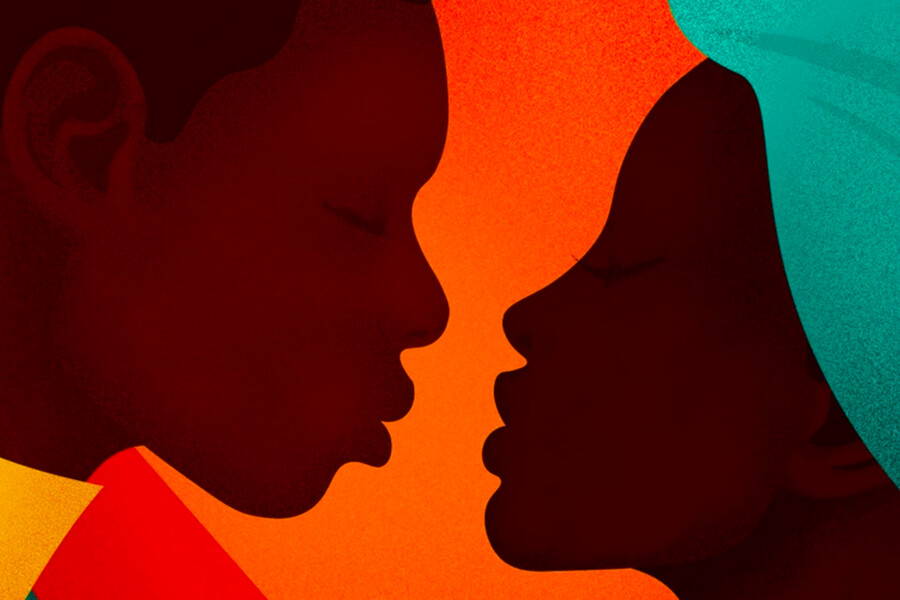 Love, in all its examples and definitions, is one of life’s most malleable things. It’s disparate that way. Historically, romantic love has been full of men lusting after and entrapping women who want nothing to do with them. In some of the most common myths and lores, love can be misogynistic, heteronormative, and used as a tool to subjugate people, particularly women. British Nigerian writer Bolu Babalola’s debut book, Love in Color: Mythical Tales from Around the World, Retold, released on April 13, rewrites “love” for the modern era. Babalola focuses primarily on classical myths from Nigeria, China, Ghana, and other countries filled with people who’ve historically been marginalized, imbuing those tales with a new appreciation for the formerly forsaken female protagonists. She also sheds misogyny, graphic violence, sexual misconduct, and other old vehicles used in traditional storytelling, instead choosing to empower these old-new characters.

While Babalola stays true to their personalities and motives, she focuses on the ingredients of mutual attraction and respect in love stories rather than on coercion or trickery. In some stories, Babalola chooses to change the setting entirely, transporting these myths to present-day. Ọṣun, a river goddess from the Yoruban culture, is now a swimming champion at an elite school. Zhinu, a weaving fairy in Chinese folklore, is a pop star with an overbearing mother. In these modern remakes, Babalola also changes major plot points, stepping away from problematic depictions. For example, in the book’s opening story, Ọṣun clogs the ear of Ọba, the ex of Ọṣun’s current boyfriend; in the original myth, Ọba’s ear is cut off. In an interview with VICE, Babalola said she decided to rewrite the scene to make it less “grotesque and graphic.” Babalola’s decision to change the myth doesn’t compromise the story or betray the original myth. The story is in line with its folklore legacy—the idea of Ọṣun being what Babalola describes as a “petty queen”—while embracing less violence.

Sometimes, while adjusting the story’s plot, Babalola keeps the setting intact. Take her retelling of “Ituen and the King’s Wife,” a lore from the Calabar people of Nigeria; she names the story “Attem” after the king’s wife. Originally, Ituen is a handsome, poor young man who reluctantly meets up with Attem, a young queen in an unhappy marriage. Ituen is seemingly held captive by Attem, only to be discovered by the king’s men. As punishment, Ituen, Attem, and her servant are tied to a tree, mutilated, and left to starve. In Babalola’s version, Attem is much more empowered; compared to the original selfish and indulgent portrayal, Love in Color encourages us to see Attem empathetically. Attem’s marriage is clearly described as a means to save her family from ruin. In addition, Ituen now has a mutual desire to be with Attem—even if it means risking his bodily safety—rather than being coerced into staying. The ending is one of the biggest changes Babalola brings to the myth: Instead of letting Attem and Ituen die in shame, Babalola chooses a more joyful ending, allowing them to be together with a new child.

Love in Color excellently highlights Babalola’s love of cultures and places that have been continually stereotyped or misunderstood. She’s meticulous about details, naming culinary dishes, clothing, and experiences that place her characters in specific cultures, even if the stories are being modernized. In “Scheherazade,” a reimagining of One Thousand and One Nights, the favorite food of Shahryār, Scheherazade’s love interest, is ghormeh sabzi, an Iranian herb stew. Yaa, the protagonist in Babalola’s remake of the Ghanaian story “The Princess’s Wedding,” wears a yellow dress made from kente, a well-known Ghanaian textile. When Babalola uses the original setting, like the marketplace in “Attem,” bustling with a “cacophony of heady scents,” she writes in enough rich detail that the setting doesn’t feel like a caricature but a celebration of a special place. 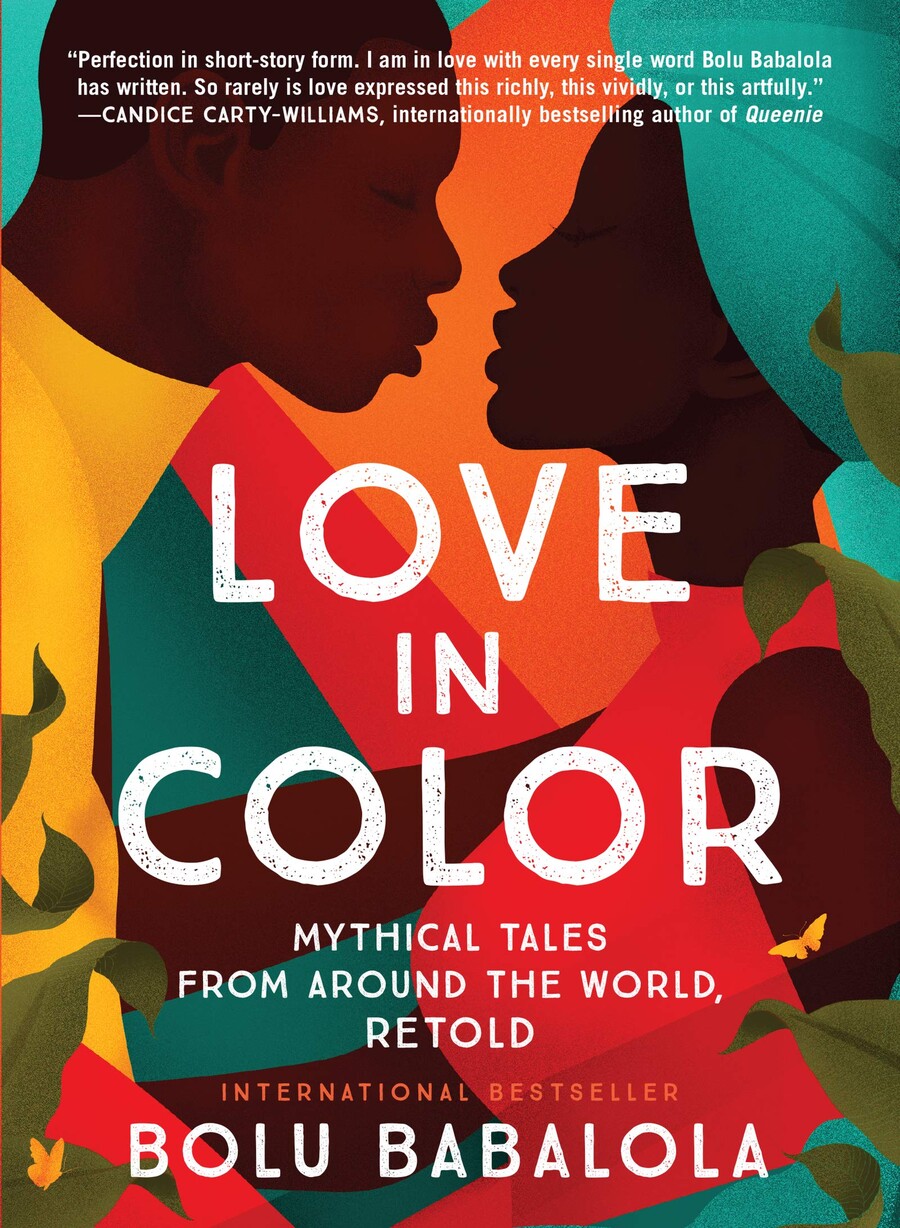 Joy is ample in Babalola’s writing: Every myth, even those that end in uncertainty, honors love, whether that’s love of self, love of country, or love of someone else. Ọṣun, the Yoruban goddess, finds someone who truly sees her, someone willing to be brave enough to be with her. Nefertiti, a historical figure still shrouded in mystery, fights the corrupt police force to protect her business and her homeland, all while falling in love with a woman on the force—Ma’at, mythologically known as the Egyptian goddess of justice, truth, and order. Babalola doesn’t deny the complex roles that her protagonists are in; rather, she extends our perception of them. They aren’t robots using only logic and reasoning or ditzy girls concerned only with emotions. They lead with their heads and their hearts, tackling complicated landscapes of family duty, tradition, and responsibility while also letting in the love all around them.

The joy that Babalola writes with isn’t just for the specific myths she rewrites: She extends the folklore canon by telling new love stories. “Alagomeji,” the book’s final story, is based on Babalola’s parents. Instead of describing her parents’ courtship in a straightforward narrative, she uses common elements of fairy tales to elevate and mythologize her parents’ love story. Babalola even labels her parents “prince” and “princess.” With lyricism and a dedicated playfulness, she characterizes the places her parents came from: Abeokuta, the town where the characters both attend boarding school, is affectionately described as “a bulge in the belly after eating pounded yam.” Telling new stories using elements of folklore is an acknowledgment of how important this form of writing and mythmaking is. These stories don’t just remain relevant because of their universalism; they’re also lifted up because of the accessible, bright way in which they’re shared.

Love in Color is a direct rebuttal to the idea that non-Western cultures are less progressive about love. Babalola specifically modernizes folklore steeped in sexism, heteronormativity, lack of consent, and other issues in order to pull out universal themes about love, desire, and romance. By directly addressing the misogyny and problematic plot points in these stories, Babalola reminds us that these stories are valuable because of the complexity of their characters, the rich settings she describes, and the lessons we can all learn. Rather than denote these tales as relics of the past, she communicates the value of these myths, stories retold for centuries that reveal all the things that love can be.

Read this Next: Unraveling the Tragedy of Heterosexuality

by Fiona Bell
Mutual dislike and violence are not an unfortunate bug in the heteropatriarchal system; they’re fundamental to it.