Cardi B and Offset’s Divorce Is Worth Celebrating | Bitch Media 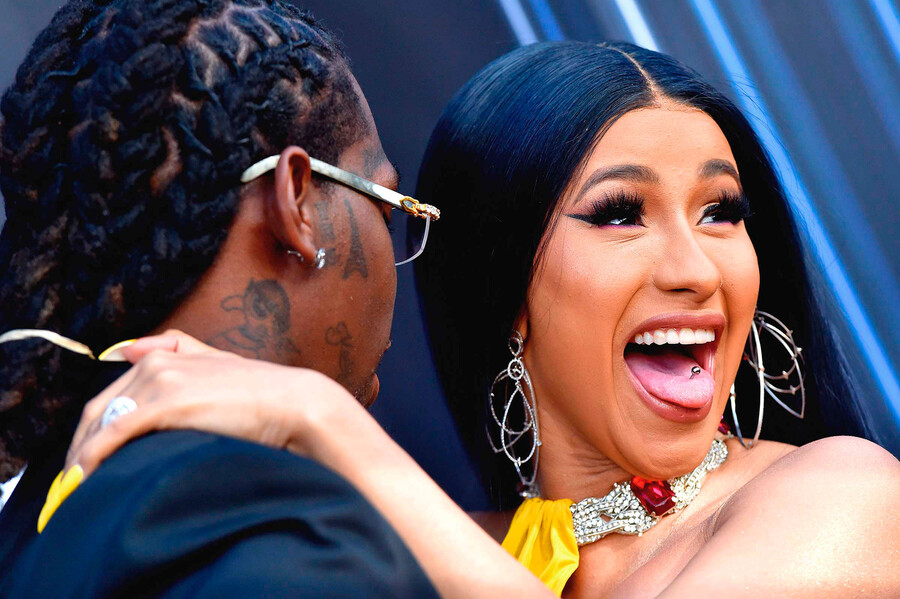 Offset and Cardi B attend the 2019 Billboard Music Awards at MGM Grand Garden Arena on May 1, 2019 in Las Vegas. (Photo credit: Axelle/Bauer-Griffin/FilmMagic/Getty Images)

I am on team Belcalis Marlenis Almánzar a.k.a. Cardi B. Period. There’s something about blooming Black girls who stumble (and still rise), refuse to be defined by their past (or even their present), and show up as their full selves (despite constant ridicule) that makes my heart swell with joy. Black women deserve to live out loud. We deserve to carve out the lives we want for ourselves. And we deserve to grow beyond our wildest dreams—and Cardi B offers a roadmap for that kind of living. The self-proclaimed “regular degular schmegular” Bronx bombshell has done it all: She’s a reality TV star, mixtape-maven-turned-Billboard-chart-topper, pole impresario, advocate for political consciousness and human rights, and doting mother. Now, though, all eyes are currently on her marriage after she recently filed for divorce from her husband, fellow hip hop artist Offset (one-third of Migos).

Her divorce comes on the heels of her hit song “WAP,” which features Megan Thee Stallion, debuting at the top of the Billboard Hot 100 in August. The song sparked a seemingly endless stream of criticism from listeners who couldn’t seem to get past the sex part of the song’s sex-positive lyrics. This is nothing new. Women, Black women in particular, are often chastised and derided for creating art that centers women’s pleasure. In a piece about “WAP” for this website, Nichole Perkins agreed, writing, “There is no ‘proper’ way for women to talk about sex because too many people think women should not talk about sex at all, that it’s ‘locker-room talk’ for (cis heterosexual) men only.” I found it particularly interesting that folks in my age group—I am 43—condemned “WAP” on social media, saying it was too sexually explicit and delivered the wrong message to young girls (seemingly forgetting that they—as parents—get to choose who serves as role models for their children).

I distinctly remember body rolling to rap songs just as (if not more) explicit than “WAP,” like Dr. Dre’s “Bitches Ain’t Shit” and Bust Down’s “Nasty Bitch,” back when I had Teflon knees. It’s not that we don’t want to listen to music that talks about sex—men have been rapping about sex since the inception of hip hop; we just don’t want women to talk about the sex we desire or for us to have any expectations around our pleasure. Conversations about “WAP” are really conversations about women’s autonomy—our right to own our bodies, what we do with them, and what we allow to be done to them. That short-sighted criticism has rolled over to the current ongoing discourse about Cardi B’s divorce. That’s the reason public opinions about Cardi B’s divorce—opinions that say the rapper’s marriage are a consequence for her not being “wife material”—are also conversations about her (and all women’s) autonomy.

The bottom line is that many of us—because of society’s insistence on upholding antiquated patriarchal ideals—don’t believe that women get to prioritize themselves, whether they’re centering themselves in sexual play or in the construction of the lives they want to live independent of the desires of men. Some who seemed delighted that Cardi is going through a divorce focused their criticism on one specific lyric from “WAP” where she raps, “I don’t cook, I don’t clean/ But let me tell you how I got this ring.” These listeners argue that Cardi’s proud rejection of the traditional role of wife and mother as homemaker has caused her divorce. It’s a critique that assumes that all married women cook, clean, and take care of their husbands because that’s the expectation, even if it compromises their ability to have a career.

Unsurprisingly, there are far fewer critiques of Offset. Why aren’t we questioning whether Offset is husband material, especially since the rapper has publicly humiliated Cardi by allegedly cheating multiple times. Why is it easier for fans to justify his behavior than it is for them to understand why Cardi no longer wants to be married to him? Since Cardi B petitioned for the divorce, why are we not publicly wondering what Offset did to lose his wife? We expect women to be responsible for the success of the romantic relationships they’re in, especially when those relationships are with men, and when those relationships fail, we blame women for not being “good enough” to keep the relationship intact. But we know that Cardi worked hard to hold on to her marriage: In a 2019 interview with Vogue, she said that marriage requires a lot of dedication, especially after an infidelity.

Our decisions to end romantic partnerships don’t always have to be a response to trauma, abuse, or degradation. We can simply choose a new story for our lives.

“If you love somebody and you stop being with them, and you’re depressed and social media is telling you not to talk to that person because he cheated, you’re not really happy on the inside until you have the conversation,” she said. “Then, if you get back with them, it’s like, how could you? You let all of us down. People that be in marriages for years, when they say till death do us part, they not talking about little arguments like if you leave the fridge open. That’s including everything.” Cardi’s right: We critique women’s choices in relationships, regardless of what they choose. People lamented Cardi’s decision to stay married and now they’re scrutinizing the dissolution of her marriage. While Cardi filing for divorce doesn’t make me happy, seeing her take charge of her life by making the best decision for her does.

“The reason for my divorce is not because of none of that shit that ever happened before,” Cardi said during an Instagram Live. “It’s not because of cheating…sometimes you’re just tired of the arguments and the build up. You get tired sometimes and before something happens, you leave.” To me, the idea that Cardi B chose to divorce her husband, not as a reaction to his cheating, but as a proactive autonomous choice for her own healing and happiness, provides an even better model for women who might be struggling to decide whether they want to work on their marriages. Our decisions to end romantic partnerships don’t always have to be a response to trauma, abuse, or degradation. We can simply choose a new story for our lives.

Read this Next: Cardi B. is Free 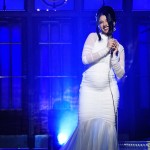 by Dara Mathis
To cluck about the timing of a pregnancy in a woman’s career is surely to project one’s own antipathy about the visibility of motherhood for working women.