“Love, Victor” Stays in the Shallow End by Not Addressing Race | Bitch Media

“Love, Victor,” Like “Love, Simon,” Stays in the Shallow End 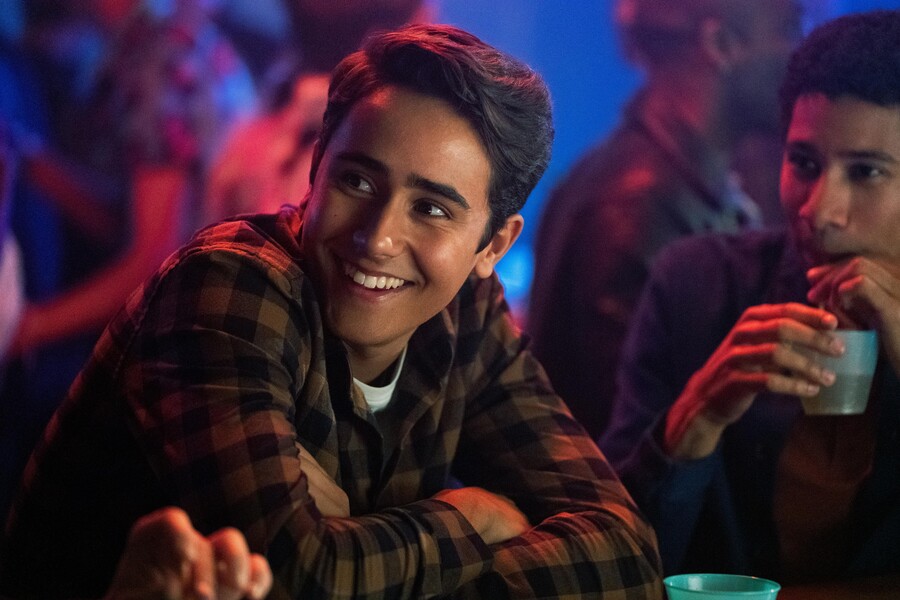 Dubbed “candy for the soul,” Love, Victor is exactly that: sweet, sugary, and, unfortunately, missing something essential despite its delightfulness. The new Hulu series tells the story of Victor Salazar (Michael Cimino), a Latinx teenager who, due to family drama, has been uprooted from his home in Texas and who hopes to become his truer, more honest self in his new home of Atlanta. He quickly makes friends, including his neighbor, Felix (Anthony Turpel), and Mia (Rachel Naomi Hilson), the coolest and most beloved girl in school. He’s a sweet and thoughtful character who’s constantly balancing his responsibility to take care of his family—including his younger sister Pilar (Isabella Ferreira) who’s struggling with the move—and the massive crush he has on a fellow male student.

Their budding relationship is illustrated via slow-motion smiles and the touches they exchange at a local coffee shop where they both work. But Salazar’s a queer person of color, something the series seems less comfortable acknowledging than it does his fledgling queerness. Instead, Love, Victor walks right up to the line, peeks over at the way that race impacts queerness, and just sort of stops there. It’s not a shocking move—or lack of movement—considering the show’s roots. When it debuted in 2015, Becky Albertalli’s Simon vs. the Homo Sapiens Agenda was heralded as bringing a major change to the young adult genre. A number one New York Times bestseller, the novel follows Simon, who’s blackmailed into coming out while he emails with his crush, an anonymous party who goes by Blue. Many of the reviewers noted that it was the first LGBTQ book they read and that it held a special place in their hearts. But the film adaptaion, Love Simon, released in 2018, was called “sweet” and “toothless” by Vulture and “chaste” by the New Yorker.

These reviews highlighted the film’s low stakes: A neat, tidy, and sanitized look at queerness, whose main goal was to say that being gay is okay, rather than engaging with anything deeper. While these goals may have been enough in 2015 to garner support for Albertalli’s novel, they didn’t hold the same power in 2018, and they don’t hold in 2020. This is made clear in Love, Victor. In the show’s first season, there are two scenes that stand out most for their unwillingness to face race headon. In the “Sweet Sixteen” episode, Salazar’s Colombian grandparents visit to celebrate his birthday. Victor is from a Colombian and Puerto Rican family, and we get hints that his life as a gay teen is going to be different than those of his white counterparts. But the show doesn’t name it and doesn’t use the word “race.”

Instead, we understand much of this reality through his grandfather Tito’s (Juan Carlos Cantu) reactions: He becomes deeply uncomfortable when he realizes that Victor’s friend and crush, Benji (George Sear), and his boyfriend, Derek (Lukas Gage)—both white boys—are a couple. He exclaims his disgust, demanding that Victor tell his friends to tone it down. Victor’s father, Armando (James Martinez), doesn’t voice disagreement with this sentiment, and Victor is left to defend his friends and combat homophobia at his own birthday party. When things cool down, Victor’s grandparents explain that times have dramatically changed. The fact that boys kiss boys is something they don’t agree with or understand. But before the conversation can go much deeper, the camera pans away, and the family becomes distracted by the antics of Victor’s youngest brother.

Love, Victor is a win for teen dramas, but it’s hard not to wonder what additional depth we would’ve gained if only his race had been mentioned and given more space and complexity.

No one reckons with the way race plays a role in the fact that white boys can kiss openly, or in the fact that Victor, the brown boy, buries his own queerness even as he defends them. The second scene is in “Boy’s Trip,” which takes place in New York City—a magical world for young Victor. In one major moment, Victor is crushed when he realizes that Simon (Nick Robinson), someone he’d turned to for advice, had then turned to his own friends—a group of diverse, queer people in NYC—for help with advising Victor. Simon explains to Victor that he had to turn to friends because he couldn’t relate entirely to Victor’s experience. (“We’re not the same,” he explains on the snowy sidewalk.) But instead of saying he needed to talk to QPOC, because, as a white guy, his coming-out and queer experience was different, Simon says he needed to speak to a friend from a religious family and a friend who had dated a girl before coming out. He explains that “every friend had a piece of the puzzle,” but doesn’t mention that most of his friends are QPOC, and could therefore better help Victor than he could, as a white guy.

“From being the face of same sex marriage to most screen representations, cute white boys are always the first to the table,” Jude Dry wrote in a review of the series for IndieWire. “So when Love, Simon premiered in 2018, becoming the first major Hollywood movie to center a gay teen coming out, it made sense that it was cutie pie Nick Robinson who got the part,” Dry explains. It’s hard to deny that Love, Victor offers something revolutionary in terms of representation: A gay brown boy gets to fall in love and be loved by those he cares about, but does the show go far enough? It feels similar to television’s long standing fear of actually saying the word “bisexual.” What’s the harm in calling Victor a gay or queer Latino? What’s the harm in having him mention his race with the same pride he has when mentioning his queerness?

In 2020, basic representation isn’t as satisfying as it was in even 2018. In a review of Lena Waithe’s BET sitcom Twenties, which centers around queer Black people, Jordan Ealey wrote for Bitch that, “Representation…doesn’t always equate to particularly good cultural production.” Queer television watchers, myself included, are in a complicated space—we’re thrilled to see ourselves onscreen, yet so rarely satisfied by what’s actually in front of us. Love, Victor is a win for teen dramas, but it’s hard not to wonder what additional depth we would’ve gained if only his race had been mentioned and given more space and complexity. His queerness is enough to bolster an entire series; why is his racialized queerness not? While Love, Victor gives us a little something sweet, I’m hopeful that the next season will bring something a little bit meatier to viewers of color.

Read this Next: Computer Love 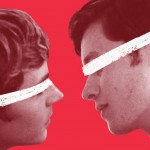