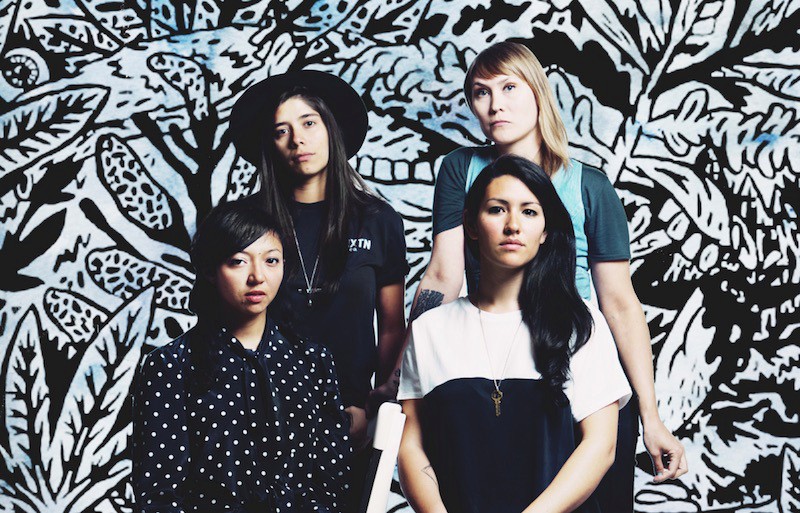 La Luz’s new album, Weirdo Shrine, is deceiving. The album’s superb surf rock sound makes it seem like the music should originate out of the salty shores of Southern California. But instead, Weirdo Shrine transports me to cold and cloudy Seattle. The album’s bubbling drum patterns and addictive bass lines remind me of dark pine trees, cool late-night winds, and the sweet, lukewarm taste of Rainier beer.

La Luz is from Seattle, and is made up of Shana Cleveland on lead vocals and guitar, Marian Li Pino on drums, Alice Sandahl on keyboards, and Lena Simon on bass. Their sophomore album is based off of Charles Burns’ creepy comic book series Black Hole, which is set in 1970s Seattle and is about an STD that turns a group of high school students into disturbing creatures. If you don’t love the band for writing an album based on a comic book, then maybe we will just never get along.

Like Burns’ Black Hole, Weirdo Shrine is otherworldly and beautiful. The album opens with ethereal, ghoulish harmonies on “Sleep Til They Die.” Shana Cleveland’s voice is airy and light, perfectly juxtaposed with her ghostly guitar. The band sings, “Daylight, open eyes/They’ll sleep ‘til they die” as a reverb-heavy, dissonant guitar solo follows. When I listened to that line for the first time, I felt chills. Although it was ten o’clock in the morning and a scorching ninety degrees, I was taken back to the night: cool rain, lush trees, and Burns’ grotesquely gorgeous depictions of youth in Black Hole.

One of my other favorite tracks on the album is “I Wanna Be Alone (With You).” It opens with clean, simple drums and a powerful bass line. The moaning of a slide guitar follows. The band’s wailing vocals add a haunting element to the otherwise upbeat surf rock. The song is short, lasting only two minutes and seventeen seconds, and its ending is abrupt, leaving the listener eager for more. Another stand out is “Black Hole, Weirdo Shrine” where Cleveland’s echoing vocals, Simon’s steady bass, and Sandahl’s howling keyboard solo carry through the group’s captivating “oohs” and “ahs.”

Weirdo Shrine carries a special sophistication and darkness. It rewards close attention to the meticulous musical details that define its eerie essence. Weirdo Shrine tackles historically upbeat, sun-soaked Californian surf rock and enhances it with a smart and spooky Pacific Northwest twist. With their chilling reverb and hypnotizing melodies, La Luz subvert the genre and remake it to their own weird liking. They even have a name for the new style: The band has dubbed their sound “surf noir.” It fits. 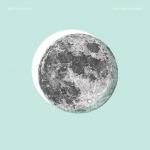 by Sarah Mirk
The Minneapolis trio's album Psychic Reader is upbeat dreampop with a lonely soul.