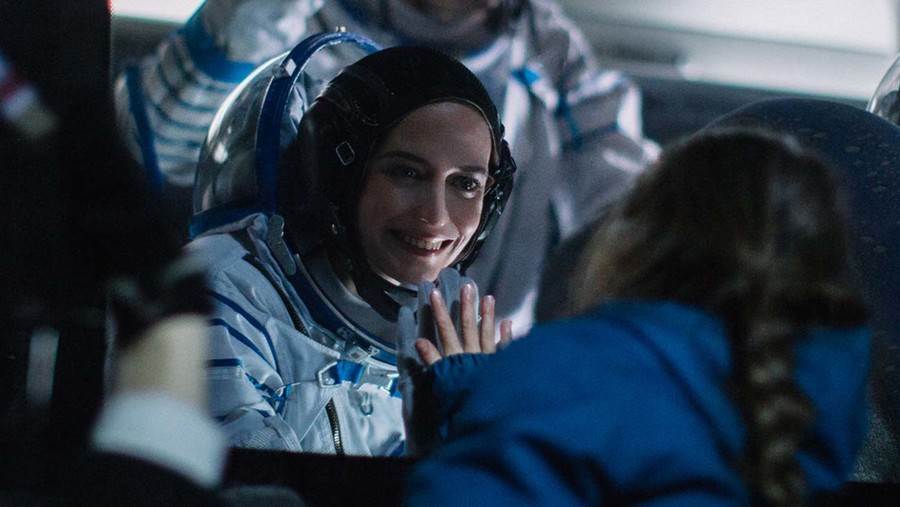 Noah Hawley’s Lucy in the Sky and Alice Winoncour’s Proxima, two movies that premiered at the 2019 Toronto International Film Festival in September, suggest that Hollywood is interested in expanding the canon of astronaut movies to include the experiences of women. Consider Stanley Kubrick’s 1968 science fiction film, 2001: A Space Odyssey; Philip Kaufman’s The Right Stuff (1983) and Ron Howard’s Apollo 13 (1995), docudramas about NASA’s early years centered around the dynamics of all-male crew; and this year’s critically-acclaimed Brad Pitt-with-daddy-issues space flick, Ad Astra. The final frontier continues to be a male-dominated arena, fertile ground for storytelling that taps into masculine psychologies in symbolically grandiose fashion. The vast unknown of space, in short, befits the male ego.

That’s not to ignore the films that have spotlighted women astronauts, like Ridley Scott’s 1979 sci-fi classic Alien and Alfonso Cuarón’s critically acclaimed 2013 film Gravity. (That said, the latter offers little insight into the unique experience of being a woman astronaut, despite Cuarón’s laughable assertion that the space debris that pelts Gravity star Sandra Bullock was a metaphor for adversity.) Both Lucy in the Sky and Proxima are more explicit than the fantastical Alien and the oblique Gravity about illuminating the double standards women astronauts face. But though they purport to create narratives with a feminist thrust, they fail to craft sufficiently complex inner lives for their protagonists, using clichés and stereotypes to flatten the women at the center of their stories.

Lucy in the Sky is based on real-life astronaut Lisa Nowak, who was arrested in 2007 for allegedly attempting to kidnap U.S. Air Force Captain Colleen Shipman after discovering that they were romantically involved with the same man, fellow astronaut William Oefelein. Nowak’s arrest quickly became national news, not only because individuals in a high-profile profession were involved in a crime of passion but also due to the case’s more bizarre details—including the fact that Nowak was wearing adult diapers at the time of her arrest and had a gun, wig, and drilling hammer in her possession. Lucy in the Sky’s titular protagonist, Lucy Cola (Natalie Portman), is a fictional version of Nowak meant to take the portrait beyond tabloid covers. The result, unfortunately, is an offensively simplistic and scattershot understanding of how women deal in the aftermath of a traumatic event—reminiscent of a slighted woman on the edge à la Glenn Close in Fatal Attraction.

The film opens with the event that triggers Lucy’s undoing—the overwhelming experience of her first trip to space. It’s not an inherently lousy or implausible expression of an existential breakdown—who among us has not felt helpless, hopeless, and small while looking up at the sky? “You got to see the vast celestial everything and it blew your mind,” says Oefelein stand-in Mark (Jon Hamm), to a spiraling Lucy. “Now nothing makes sense.” Mark’s observations are meant to dismiss Lucy as she begins to demand more from their relationship. And while Mark’s appraisal of Lucy’s mindset isn’t wrong, there’s something presumptive and off-puttingly unrefined about his delivery that more broadly sums up the film’s flaws. Hawley articulates Lucy’s mental breakdown as if running through an uninspired checklist of bourgeois female suffering that he hopes will compensate for a lack of character building.

Ever-shifting aspect ratios and flashy, surreal sequences are meant to visually represent Lucy’s erratic mental state, Lucy in the Sky blames her disaffection on a banal suburban existence and a sweet but painfully square husband, transposing the crisis of bored suburban wives onto that of an extraordinarily accomplished NASA astronaut. Seduced by playboy Mark, Lucy channels her domestic malaise into a steamy affair in which she’s less interested in love and more driven by the sweet sensation of orgasm—or simply by the joys of being bad (the film never makes her motivations expressly clear). Professionally, she’s consumed by training for the next mission, but soon realizes she’s competing against newcomer Erin (Zazie Beetz) for both a spot in the upcoming voyage and for Mark’s affections. Hawley then inserts a misguided and clunky subplot involving Lucy’s ailing-but-feisty grandmother and an angsty teenage niece to push her over the proverbial edge.

The beginning the film establishes Lucy as a hardworking perfectionist and a feminist role model, but its end peddles the idea of her downfall as a matter of workplace sexism. But this claim’s credibility is undermined, humorously if not insultingly, as another one of Lucy’s psychotic hallucinations: because she is unable to properly scrutinize her own actions, she imagines she’s being treated unfairly. Hawley seems to take the “bad feminist” route in building out her character, attempting a portrait that counters her good girl archetype with an elaborate undoing that displays her in all her deeply rooted imperfections. In so doing, he merely takes Lucy from one end of a duality to the “madwoman” other.

For French writer and director Alice Winoncour, Promixa is an attempt to stake out new ground in the astronaut genre by centering the film on Sarah (Eva Green) as she trains for her first voyage while coping with maternal guilt about separating from her 6-year-old daughter, Stella (Zélie Boulant). There’s an effort here to counter male-centric space narratives, but ultimately, the film offers a reductive portrait of a woman grappling with the old-fashioned conflict between career aspirations and motherhood. Sarah is ecstatic when she learns she’ll be the first French woman to go into space, but because she’s a full-time mother as well as an astronaut, she’s forced to reconnect with her ex-husband to arrange a new living situation for Stella as she begins the months of training required for the mission.

Proxima chronicles this pre-launch stretch of time as a trial period, preparing Sarah for both the challenges of space travel and, more significantly, for temporarily dropping out of her daughter’s life to live her professional dream. Winoncour clearly seeks to dignify the experience of female astronauts—and perhaps career women in general—whose identities are enriched and complicated by their experiences as mothers, but Proxima ultimately falls into a predictable narrative trap: It holds mothers to a higher standard than it does fathers and suggests, as so many films before it have done, that women’s careers shouldn’t interrupt their domestic lives.

Sarah’s training is filled with expressly feminine gestures: When asked if she’d like to stop menstruating in space, for instance, she declines; tampons are put toward her weight quota instead. She opts to keep her hair long, though the change in gravity will complicate maintenance. There’s no reason for these choices other than as declarations of Sarah’s proud femininity, rather than meaningful markers of her inner life. As one of the few exceptional people going to space, her success isn’t a matter of winning the golden ticket and needing to halt her life accordingly. Astronauts train and study for years before they’re even considered for space travel, a slow process that should come as no surprise to them or their families.

Lucy in the Sky and Proxima both demonstrate an inclination to bring women astronauts down to Earth.

Repeated Skype calls from her daughter, who is struggling in school and having difficulty making new friends, are constant reminders of the responsibility she’s leaving behind. In one improbable and incredibly awkward scene, Sarah breaks protocol to have Stella come visit her at a training site and tag silently along to her work meetings. Sarah’s work ethic begins to suffer and her professionalism is tainted by the motherly guilt that seems to overshadow all other emotions. What’s more, Winoncour never truly visualizes mother and daughter at a distance, which both cheapens Sarah’s anguish and diminishes her complexity. And on the eve of Sarah’s climactic trip to space, closure comes in the form of an improbable last-minute reunion with Stella, a maternal stamp of approval before she steals away into the universe.

Lucy in the Sky and Proxima both demonstrate an inclination to bring women astronauts down to Earth. These messy and emotionally overwhelmed women must struggle against their own demons and insecurities to prove themselves worthy of the privilege of space travel. Meanwhile, their male counterparts, in these films and others, are all but deified geniuses assumed to already possess the right stuff. Think of Matthew McConaughey’s character in Interstellar, who skips out on the entire lives of his children in order to save the planet; or Ryan Gosling’s rendering of Neil Armstrong as a cold, absent, and work-obsessed father in 2018’s First Man. The scarcity in female-fronted astronaut films is at once a testament to NASA’s gender disparity (only 12 of 38 active astronauts are women, and this year’s first all-female spacewalk was thwarted by lack of space suits in a size medium) and the dismal way in which pop culture genders its heroes, playing into the fallacy of men as neutral stand-ins for humanity at large.

A rich feminist storytelling must go beyond merely introducing stories that have yet to exist. In the case of Proxima (a much less egregious offense than Lucy in the Sky), its desire to inscribe the astronaut experience with feminine traits is admirable, but underbaked, namely because Sarah remains uncritically beholden to a fantasy of maternal virtue even as she prepares to make history. This idealistic view of motherhood sabotages careers and careers sabotage motherhood—a Manichean conflict that doesn’t allow for a deeper understanding of who Sarah is. As much as there’s a deficit in stories that center exceptional women, audiences are entitled to ask more of presumably feminist films that settle on reductive views of womanhood: depicting a woman’s madness or a woman’s motherhood does not automatically complicate a character. Doing so heedlessly might even put her back into a box.

Read this Next: Meet the Martians 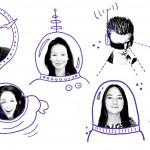 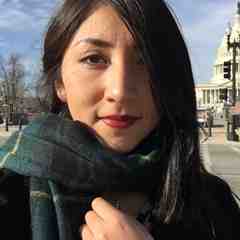