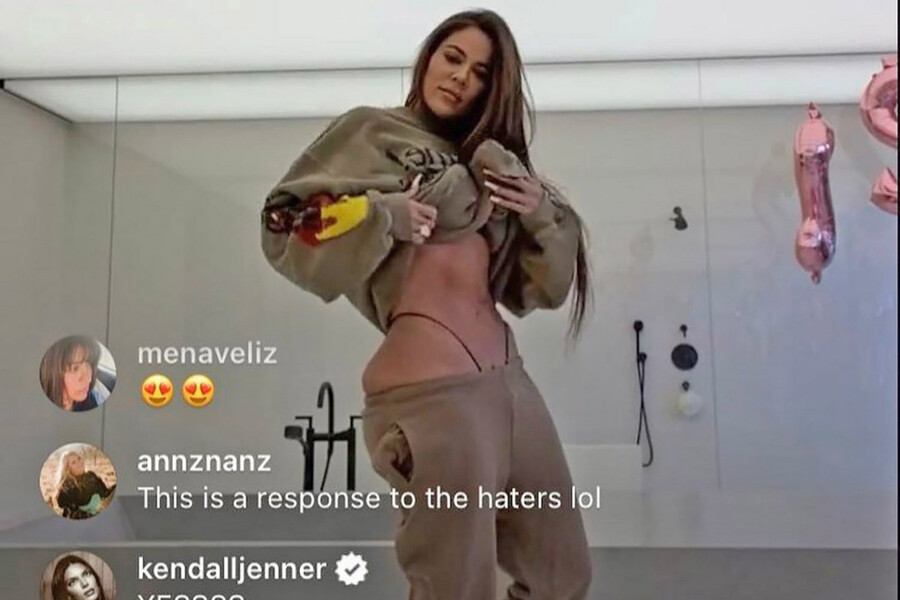 Recently, 21-year-old influencer and singer Madison Beer shared a message to her Instagram Story about the significant amounts of editing and professional labor from makeup artists and hairstylists that go into her beauty routine. “I cover up my insecurities to protect myself from the damage it would cause to see other people pointing them out over and over in the comments section,” Beer wrote to her more than 24 million Instagram followers, before sharing an unedited photo of her face peppered with acne and another image of her crying. “I try and be as vocal about this as I can because I want to change the conversation into one that allows all women to coexist and be beautiful in a way that’s more than skin deep.” It was one of the first times Beer has admitted to altering her appearance for photos. She’s repeatedly denied having plastic surgery and continued this streak of denial until 2020, when TikTok users pushed Beer to admit to using Facetune and getting lip injections. This conflict came to a head after she was photographed allegedly hiding behind a bush outside of a cosmetic surgery office to avoid paparazzi (Beer claimed she was getting a mole removed).

Khloé Kardashian recently wrote a lengthy caption of her own after an unedited photo of her body went viral online as her team reportedly fought to have it taken down. “As someone who has struggled with body image her whole life, when someone takes a photo of you that isn’t flattering in bad lighting or doesn’t capture your body the way it is after working to hard to get it to this point—and then shares it to the world—you should have every right to ask for it not to be shared—no matter who you are,” Kardashian wrote. She then detailed some of the relentless comments she’s received about her body over the years: “‘Khloé is the fat sister.’ ‘Khloé is the ugly sister.’ ‘Her dad must not be her real dad because she looks so different.’ ‘The only way she could have lost that weight must have been through surgery.’ Should I go on?”

Beer and Kardashian’s wounded performances and refusal to acknowledge criticism point to a logical fallacy: We’re all body positive so long as that positivity includes warping ourselves beyond recognition. Kardashian has posted increasingly unrecognizable photos of her face on Instagram over the last year, commenting later that her “soul is at a breaking point” because of the public response. It’s hard not to empathize with Kardashian, given that much of the scrutiny she’s faced has been hurtful and rooted in fatphobia or otherwise oppressive beauty norms. However, she’s also been an ambassador for many of the same things that are now hurting her, hawking tummy teas to her followers while cultivating an appearance impossible to live up to—not just for herself, but also for those she’s copying. (The Kardashians and Jenners are nearly as infamous for their appropriation of Black culture as they are for their reality TV show.) Though the roots of the body-positivity movement are in anti-oppressive spaces, the co-opting of the phrase by those who have switched from tummy teas and waist trainers to parroting that language in their own defense—such as Kardashian—doesn’t erase its real meaning.

“Bandwagon hate and mass bullying is something I’m not okay with…. Bullying has been an issue that has led to suicide and depression for so many for years and years and still people do not care to change,” Beer tweeted in June 2020. “Focus on your own lives and stop being so hateful towards strangers.” Again, while it must be incalculably uncomfortable to be under such a spotlight, does Beer not feel a sense of responsibility for how her presentation, with the democratizing force of social media, expands that spotlight to include people without her resources? Beer told Billboard in 2018 she began hawking a flat-tummy tea brand at age 13 and, realizing later the possible impact her endorsement may have on her fans, “Even then it didn’t feel right.” If she could recognize her possible impact then, why is she so afraid to see it now? Beyond that, what’s the point in claiming bullying from an anonymous online mob—people who, in reality, are largely just asking for honesty—when you’ve made millions off that same mob? How is sharing an unedited and, by most accounts, flattering photo bullying? How is pointing out the discrepancy between “body positivity” and an addiction to editing your appearance harassment?

It feels untenable to present oneself as someone who advocates for “body positivity” or fights oppressive beauty norms when you uphold—and profit from—the same standards you critique. Kardashian and Beer’s messages to the public claim victimhood and suggest the scrutiny of their appearances is no different from that directed toward women the world over, but this disregards how influencers of their caliber and power have enabled the scrutiny of others. Popular Instagram accounts, including @celebface, have chronicled and documented how Beer, Kardashian, and other celebrities’ photos have been retouched, and how their faces and bodies have changed over time, revealing the cosmetic seams holding the flawless social-media presences of celebrities and influencers together. While some may accuse these before-and-after accounts of being anti-feminist or perpetuating shaming culture, they’re arguably a necessary counter to social media’s uninterrupted stream of curated perfection.

It feels untenable to present oneself as someone who advocates for “body positivity” or fights oppressive beauty norms when you uphold—and profit from—the same standards you critique.

That pressure for perfection clearly got to Kardashian, whose public relations team threatened legal action against social media accounts that reposted the photo. One of those users, The Good the Bad and the Fake—who told Insider that Kardashian’s public relations manager threatened to report their account for “bullying and harassment” within an hour of reposting—recently shared screenshots of Kardashian posting unedited photos of other women on her Instagram. “Oh but she’s ok with posting other people’s unedited photos. Just not her own,” read the caption. “She’s body positive about everyone else’s body but her own!” On the one hand, people are entitled to make personal choices about their appearance. However, as Sophia Stewart wrote in a recent piece for Bitch, women’s bodies are also up for public consumption, endlessly politicized even if they want to opt out. “On the whole, [before and after Instagram] accounts epitomize the digital panopticon in which all women are trapped—always being watched but unable to see who’s watching,” Stewart observed. “Yet, in another sense, they provide a palliative reality check, debunking what appears to be superhuman beauty.”

Upholding oppressive beauty standards through your own money isn’t a value-neutral choice just because you want it to be, especially when others struggle to survive without those resources. Trans women struggle to afford facial feminization surgery, which can be lifesaving but can also cost anywhere between $30,000 and $50,000. Beauty is just as much about power as anything else. When will celebrities have to take responsibility for perpetuating the same beauty norms we all suffer from? To be clear, while wealthy white celebrities have a role to play in undoing the oppressive beauty standards we all live under, they aren’t solely responsible, and I’m reluctant to position this as an individual-based problem when they’re only symptoms of the broader toxic dynamic. And yet Beer and Kardashian expected to, in effect, shield themselves from critique by prioritizing their own personal feelings about editing their images over actually sticking to their professed anti-bullying and body-positive stances.

I imagine such a claim falls short for the 16-year-old girl downloading Facetune to look impossibly more like them. We’ve seen the danger that overemphasizing personal-empowerment narratives—and, more specifically, framing them as inherently radical acts—can do to marginalized people. For someone as powerful and successful as a Kardashian to say concealing a perfectly normal photo of her body is “body positivity,” or for someone as conventionally beautiful as Beer to claim any suggestion of plastic surgery is inherently insulting and bullying, where does that leave those of us without their legal and financial resources? What would it say if, instead, they embraced these critiques and acknowledged their own role in holding up beauty norms? At the very least, it no longer feels valid to claim ignorance, even—and especially—when a powerful person’s feelings get hurt.

Read this Next: Personal Capital 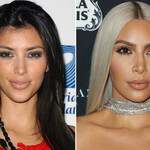 by Sophia Stewart
“You’re not ugly, just poor” communicates that beauty is often not naturally occurring. 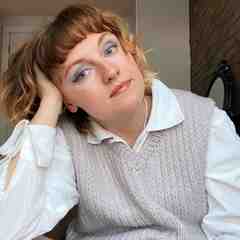 Lexi McMenamin (they/them, she/her) is a writer from Philadelphia who writes about politics, identity, culture, and movements. You can find their reporting in Bitch Media,Teen Vogue, VICE News, the BBC, The Nation, The Progressive, and elsewhere. @leximcmenamin