There’s Nothing Remarkable about Madison Cawthorn—or His Racism 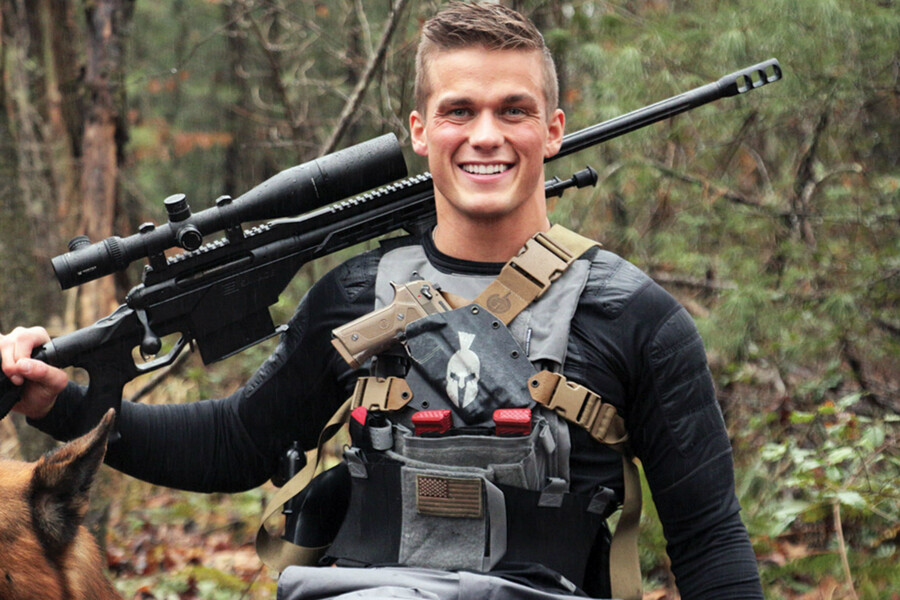 North Carolina Republican Congressman Madison Cawthorn has landed in the news a lot lately, much to the dismay of nearly every American with a conscience, including some of his own constituents. It seems like you can’t turn on a TV or flip open a newspaper these days without seeing Cawthorn’s chiseled jaw pontificating about something, including the mythical voter fraud he claims delivered the presidency to Joe Biden. There are many reasons the 25-year-old freshman representative has gained media prominence—his wild ideas, his age, his slim grasp on facts (making him an easy target for dunks), what he represents about Republican values—but one of the most compelling may be his novelty. Cawthorn is one of the few wheelchair users in Congress, and is very open about his disability—though he hasn’t always been truthful about his life before an accident partially paralyzed him.)

Cawthorn has become a bit of a supercrip, susceptible to the exceptionalism trap familiar to high-profile disabled people, but his narrative has a particularly sharp edge. Some on social media sites like Twitter are seemingly surprised that a disabled man could have views as extreme as Cawthorn’s, and in particular, that a disabled man could be a white supremacist. (Cawthorn himself has implied that his disability made it impossible for him to be racist.) There are certain classes of white people who white people like to imagine are immune to the seduction of white supremacy: They can’t possibly be racist by nature of their identity and position. Priests and other members of the clergy come to mind, though we know perfectly well that the clergy can be racist (and other things). Similarly, visibly disabled people are considered exempt because disabled people in general are viewed in a strangely smoothed-over way, as though they’re not participants in the same systems that affect everyone else. Yet Cawthorn is very much a product of the society he lives in: He is racist both despite and because of his disability.

A look at Cawthorn’s history shows a distinct pattern: He evokes white supremacist ideology in ways small and large, from naming his real-estate investment company (SPQR) to displaying the Betsy Ross flag, which has become, you guessed it, a white supremacist dogwhistle, at events. Cawthorn has also deployed white supremacist symbols and language at rallies, parrots repeatedly debunked QAnon conspiracy theories, has been called out for racist social media posts, decries “cancel culture,” and is obsessed with “voter fraud,” by which he means Black and Brown people voting. He’s also made racist remarks openly in interviews, for example claiming that Senator Cory Booker wanted “to ruin white males.” The man is a white supremacist, with an ideological stance rooted in a very specific brand of white evangelical conservative Christianity, and he’s attempting to package himself as the natural successor to Trump.

This may be one reason why the media is drawn to Cawthorn, gawking in confusion and discomfort at a wheelchair user who regularly espouses white supremacist values and incited violence at the January 6 rally that preceded the attempted coup at the Capitol. But this was nothing new for him: During a December 2020 speech in West Palm Beach, Florida, he told students to “lightly threaten” their representatives, positioning himself as an iconoclast ready to call out his softer colleagues and implying that violence is a valid method of communication. If you can judge a man by the company he keeps, look no further than the endorsements on his website: an approving quote from Donald Trump Jr.; a list of law-enforcement agencies (no wonder his shop includes a blue line flag beanie); and, delightfully, a nod from conservative rag iVoteAmerica (current featured article: “Modern Feminism Is Just a Mask for Leftism”). Noted racist, misogynist, and Republican congressman Dan Crenshaw is also a Cawthorn fan, as is anti-abortion organization National Right to Life. If you lie down with dogs, you get up with fleas.

Nothing about Cawthorn is particularly remarkable for an up-and-coming Republican more concerned with communicating his position than with legislating policy. Cawthorn savvily views himself as a product, and he knows how to market it: The torrent of recent media appearances is certainly an element of that, ensuring he stays in the public eye and that Republicans sympathize with him every time he’s beaten up in the media. The thing that seems to make him an object of morbid fascination is his disability status, displaying a lack of understanding that disabled people can be rancid pieces of shit too, but also failing to understand that the powerful links between whiteness and racism can be even more powerful for white male wheelchair users. In a world where white men are supposed to get everything they want and need, those with disabilities—and particularly those still adjusting to life with those disabilities—find that disablism renders them would-be insiders shunted to the outside.

It isn’t remarkable that Madison Cawthorn is a racist, as disabled people are capable of the same terrible ideologies as nondisabled people, and it’s infantilizing to suggest they’re not.

Cawthorn turned his disability into an advantage via his career as a motivational speaker, but he is still vulnerable in the same way other white male wheelchair users are to an intense anger that they direct outward. Sometimes, that anger lands on BIPOC, especially those they perceive as “getting ahead” and taking the rightful place of white men. Racism is in fact a larger problem within the white disability movement as a whole. White wheelchair users have long been the default face of disability and the stereotype evoked when people hear the word “disability”—thanks in part to “wheelie blue,” the wheelchair user who has become a stand-in for disability worldwide. Thus is isn’t a surprise to see white disabled people such as Texas Governor Greg Abbott wheeling to the fore of politics and society, making people like Senator Tammy Duckworth extreme rarities. A Thai American disabled woman is not supposed to serve in the Senate, and Duckworth had to overcome the dual obstacles of racism and disablism in order to serve.

While Cawthorn may not actively participate in disability spaces, attitudes within the white disability community still influence him and the way the world interacts with him. It’s not surprising that he’s absorbed racism from his own life as well as through the disability community. The deep racism undercutting disability spaces is not news, but it’s poorly-reported and poorly-understood; outsiders also seem reluctant to criticize it because it involves a perception of picking on disabled people. This is something some racists leverage, shutting down conversations about their beliefs and actions on the grounds of their disability status, seeking an exemption and entrenching whiteness in the leadership and spokespersonship of these spaces. This failure to examine the disability community’s vulnerability to racist ideologies is dangerous for disabled BIPOC in particular, who are acutely aware of the interactions between disability and race. The Madison Cawthorns of this world are characters in an old story, and despite their continued rarity at the forefront of mainstream politics, there’s nothing novel about their hate. It isn’t remarkable that Madison Cawthorn is a racist, as disabled people are capable of the same terrible ideologies as nondisabled people, and it’s infantilizing to suggest they’re not. Treating him and other disabled people like they’re exceptions to the rules only serves to benefit white supremacy—and it seems to be doing just fine without our help.

by Alice Wong
Senator Duckworth unapologetically brings her full self into every space she navigates as a parent, veteran, politician, and disabled woman of color.