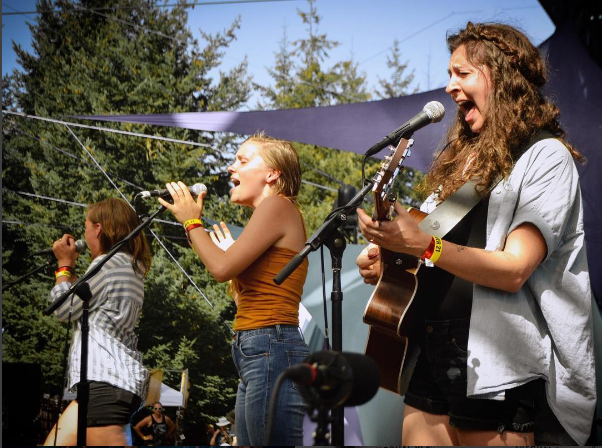 The best way to listen to Joseph is with your eyes closed. When the voices of sisters Natalie, Allison, and Meegan Closner roll over you, they weave together to make a gorgeous and moving vocal tapestry.

The sisters self-released their first album, Native Dreamer Kin, in 2014 and quickly won acclaim for their soaring harmonies and intimate sound. After building a big following on tour, the band landed a deal with ATO Records for their second album, I’m Alone, No You’re Not. “This album is all about tension,” says Natalie, who plays acoustic guitar in addition to singing on the album. “Night versus day, alone versus together; there’s a lot of back and forth.”

The band’s name is an homage to their grandpa Joseph and to the small, rural Oregon town where he owned a farm when the sisters were kids. They recall fond memories of riding in the back of his pickup truck and sitting on his front porch, looking out at the Wallowa Mountains. “You can just breathe deeper there,” says Natalie.

The sisters have always been musicians but only started playing together as a trio after Natalie got bored making music on her own. The three started singing together and the collaboration clicked. “I can only do so much on my own. Having their stories and their presence alters it completely,” says Natalie. While forming an all-sibling band would be a worst nightmare for many of us, the Closners swear that their tight-knit nature makes their music all the easier to perform.  “It’s a little bit cheating, because it’s genetics,” says Natalie. “We don’t have to say anything to be on the same page dynamically.” Plus, all that time on the road isn’t so bad when you’ve got two friends with you. “If we weren’t doing this band, we wouldn’t spend even a fraction of this much time with each other. We get to really live life, and when we’re 80 years old, we’ll have a lot to talk about [with] each other.” 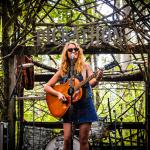