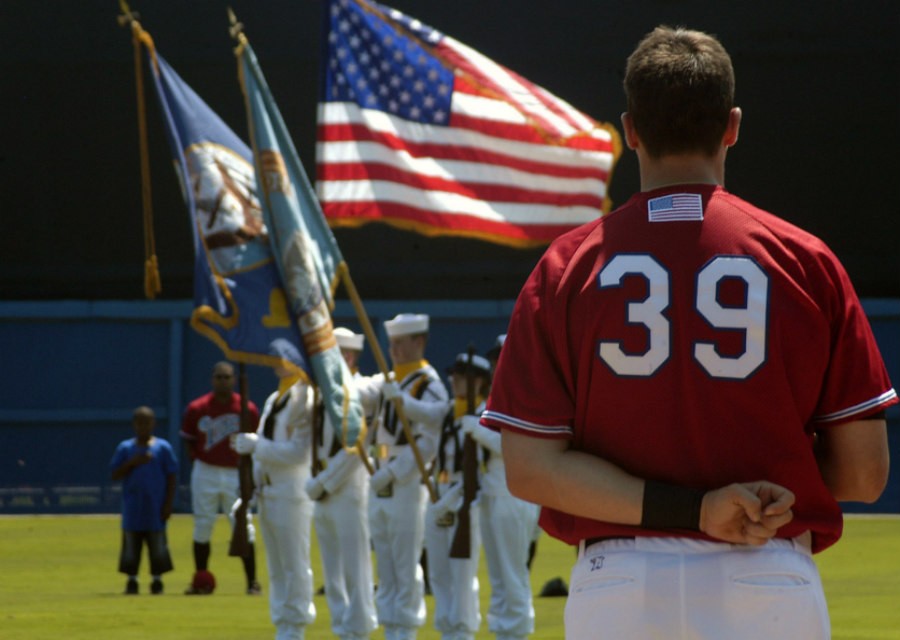 Professional sports teams are often asked to speak out against (progressive) political issues like domestic violence (especially when perpetrated by players), police violence, and Trump’s anti-immigrant policies. But in major league baseball (MLB), however, team owners are choosing to amplify harmful and regressive issues on the conservative end of the political spectrum. Baseball is often considered the “least political” sport, but that’s not necessarily true, especially for those with right-wing, Trumpian political views in MLB. Earlier this month, the Kansas City Royals became the first MLB  team to “take a stand against porn” by partnering with Fight The New Drug to host an anti-porn seminar.

While Moore said he’s concerned about domestic violence, the Royals have never led a domestic violence awareness initiative. Instead, the team’s executives are promoting a morally conservative agenda. 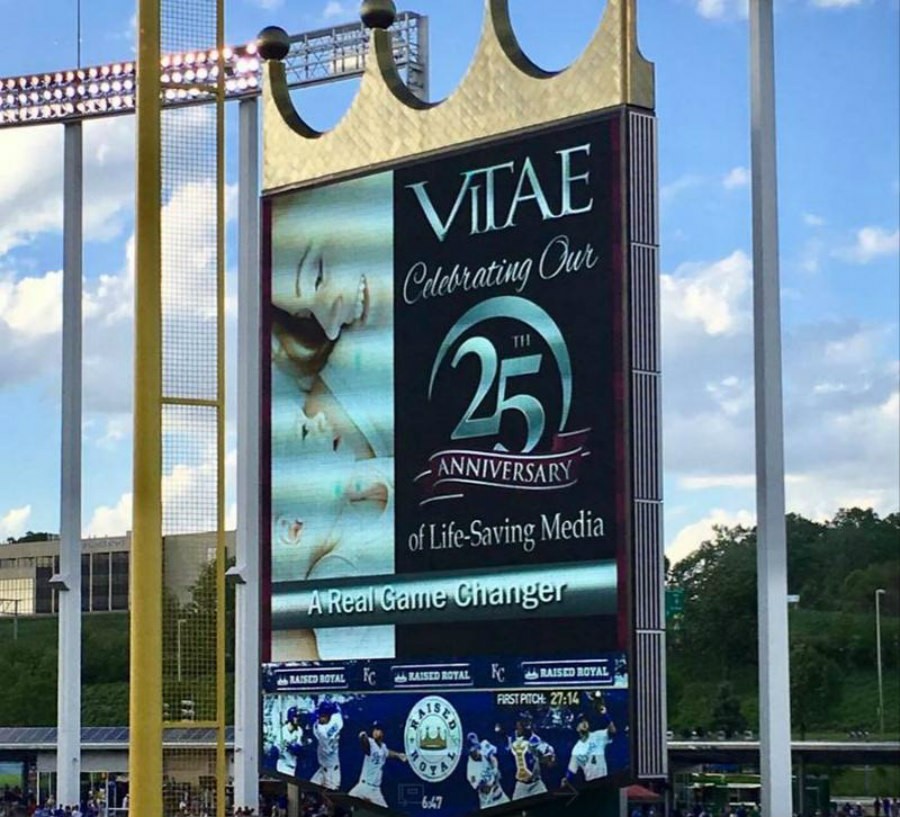 For instance, the team allowed crisis pregnancy centers to hang ads in Kauffman Stadium, but prohibited Planned Parenthood from running counter ads. This is incredibly troubling because crisis pregnancy centers often use misleading and inaccurate information to pressure people into not having abortions. There’s more. While almost 27 percent of MLB players are born outside of the United States, teams tend to support policies that are harmful to immigrants. For instance, Pittsburgh Pirates president, Frank Coonelly, spoke at a fundraiser for the Republican Committee of Allegheny County alongside Rick Saccone, an anti-immigrant Republican representative, and Kellyanne Conway. While Cooley claimed his appearance was not political, other people were upset by his decision to attend and bring the team’s mascot, Pirate Parrot, with him.

“Neither I, nor the Parrot, were promoting any candidate, any party, any political slate,” Cooley told the Pittsburgh Post-Gazette. “We were there to get people in Pittsburgh excited about the Pittsburgh Pirates.” As The Guardian recently highlighted, “the Trump-supporting political spending of many MLB owners and their push to exempt the increasingly Latino minor leagues from U.S. minimum wage laws has raised questions about how committed team owners are to their Latino players and their growing Latino fanbase.” Major and Minor League Baseball have been lobbying for years to exempt players from being covered under the Fair Labor Standards Act. Congress passed the “Save America’s Pastime Act,” which permanently exempts minor league players from federal minimum wage laws, by including it in their recent $1.3 trillion spending package.

Baseball’s racial demographics and overwhelmingly white leadership influence the sport’s rampant conservatism. Baseball has no Lebron James to speak about political issues or owners who will support and celebrate that player. There’s no Colin Kaepernick or Eric Reid—two players who knelt for the anthem and are now being blackballed by NFL owners. It would even be shocking to see a MLB team create a public service announcement and organize a Pride Night to support a player as the Detroit Pistons did for Reggie Bullock after his transgender sister was murdered. Baseball’s political climate isn’t conducive to having outspoken and progressive athletes. MLB insiders have told me that there are players who would be more outspoken if they could be, but the incredibly conservative clubhouse environment doesn’t allow for it.

For instance, after President Trump attacked NFL players for protesting during the National Anthem, Oakland Athletics catcher Bruce Maxwell became the first MLB player to take a knee during the anthem. Most managers support players, like Maxwell, exercising their rights, though New York Mets manager Terry Collins added, “I’m proud of my guys that they go line up every night, and stand and face the flag.” The Los Angeles Angels recently deleted a tweet with a photo of two players with their hands over their heart and facing an American flag that said, “Always showing respect.”

Chris Archer, a member of the MLB’s 8 percent of African American players, said that he wouldn’t feel comfortable taking a knee because of the way his teammates would react.

“Just from the feedback that I’ve gotten from my teammates I don’t think it would be the best thing to do for me at this time,” Archer said in a post-game press conference, as reported by the Tampa Bay Times. “It’s not something I want to do, is ruffle my teammates’ feathers over my personal views on something that has nothing to do with baseball.” Archer later explained that athletes should do more than kneel and he doesn’t need to take a knee because he’s “in the streets.”

“I’m not shying away from what I believe in… Name me another player that’s ever gone to a juvenile detention center ever in baseball. In Tampa Bay. There may be some football players that have done it, but name me another that has sat in front of kids who have committed serious crimes and try to help them understand that number one, the world is not against them,” Archer told the Tampa Bay Times. “I’ve been doing this before somebody took a knee. I never made it about political activism (but) it kind of is.”

Despite the risk, there are politically vocal players and teams in major league baseball. The Red Sox sent hurricane relief to Puerto Rico. The effort was spearheaded by their new manager, Alex Cora, who is from Puerto Rico. The Oakland Athletics held their first Cesar Chavez Day this season, which can’t be separated from the fact that they are located in the Bay Area, where the NFL anthem protests and so many other civil rights movements began. Atlanta Braves pitcher Brandon McCarthy is often vocal (funny and sharp) on Twitter.

Washington Nationals pitcher Sean Doolittle has been another progressively outspoken white player; he tweeted about the white supremacist violence in Charlottesville and being open with his support of the Black Lives Matter movement. “The league is composed of over 60 percent white men. When so much of the league has a background or comes from a place where there might be more privilege and opportunity, it’s very difficult to relate to something they have never seen nor experienced,” he said in 2016. “But I can’t pretend it doesn’t happen just because it has never happened to me. If we are willing to have an open mind and empathize rather than immediately getting defensive, then maybe we can start a far more constructive dialogue that hopefully leads to addressing these problems.”

In contrast, MLB players with conservative views are able to express their opinion without that lingering fear. Pro-Trump Cleveland Indians pitcher Trevor Bauer doesn’t believe in climate change and also supports the NRA. The day after Trump won the election, Philadelphia Phillies pitcher Jake Arrieta tweeted that people who don’t like it should “head for the border.” Royals backup catcher Drew Butera has tweeted his support for Donald Trump, as has Cubs pitcher Anthony Bass.

And while Bauer feels that the league is trying to censor him from expressing his political beliefs, he hasn’t faced the kind of backlash that more progressive athletes, particularly athletes of color, often face. It’s probable that the overall whiteness of the league and its leadership makes athletes like Bauer feel more comfortable expressing views that, in many cases, actively oppress or harm many of their teammates.

It's 2017. Actual Nazis just marched on #Charlottesville. We have to come together & drive this hatred & domestic terrorism from our country

While it's important to protect free speech, we have a patriotic obligation to condemn racism and domestic terrorism by white supremacists.

There is only one side.

This is only reinforced when you attend games in person, which are aggressively loaded with jingoism and propaganda—the anthem at the beginning, often multiple moments to honor the American troops, and the signing of “God Bless America” during the seventh-inning stretch (which, in some stadiums, has completely replaced the traditional performance of “Take Me Out to the Ballgame,” which is notable not just for being a light, kid-friendly song, but for having been written about a female baseball fan).

As Mary Craig wrote at Beyond the Box Score, baseball’s politics “represent the prevailing views held by those in power, the views that stifle diversity and oppress minorities.” The sport, she writes, “has welcomed post-9/11 militarism, stagnated diversity, and dissuaded critical thought. The fact that none of those elements are deemed controversial proves the necessity to critique” and oppose “baseball’s connection to this destructive regime.”

This critique is particularly necessary in a political climate where racism, xenophobia, and anti-immigrant sentiments are on clear display while baseball’s labor force becomes more foreign-born and racially diverse. It’s necessary if baseball wants to court and retain younger audiences. And it’s definitely necessary if professional baseball cares about the humanity and safety of the players fueling America’s pastime.

A Bold New Memoir on Dogsledding, Adventure, and Life on the Ice