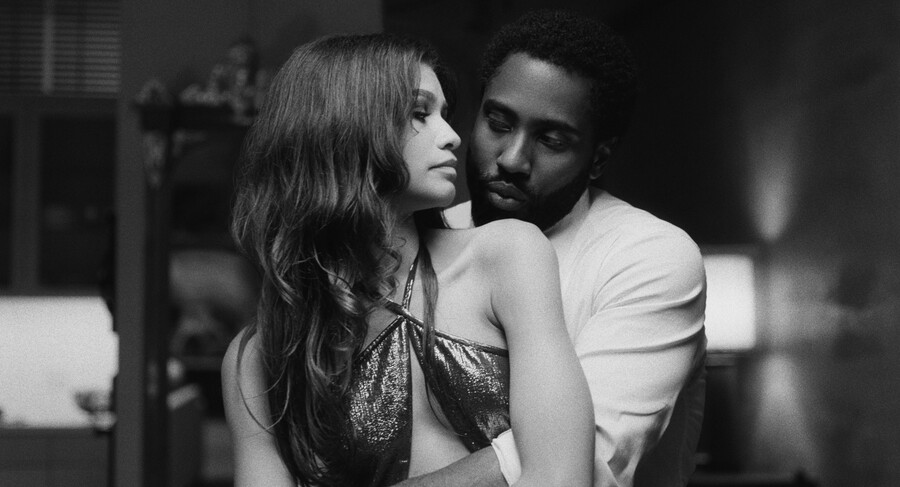 Zendaya as Marie and John David Washington as Malcolm in Malcolm and Marie (Photo credit: Netflix)

In Greek mythology, the figure of the muse refers to the nine daughters of Zeus, divine beauties who were tasked with the role of stirring young men to realize their potential in literature, science, and the arts. Throughout the body of myths that make up the tradition, muses are a distinct class of social beings: Though talented themselves, they didn’t dance or write or sing, or otherwise share their own gifts in pursuit of validation. Rather, their talents were meant to hint at the virtuosity they would bring to the creations of others. Still, the muse of Greek myth does not go uncredited. Reminding us that inspiration begets indebtedness, the ancient Greeks of myth committed themselves to the art of homage. Contemporary muses, however, wherever they appear in the realms of visual art, music, fashion or film, often go both unnamed and unacclaimed. And without the protection of the divine that accompanied their Greek foremothers, modern muses find themselves navigating the labor of inspiration without compensation or collaboration.

Netflix’s new romantic drama Malcolm & Marie puts the plight of the modern-day muse on full display. Following the story of Malcolm (John David Washington), a thirtysomething up-and-coming filmmaker, and his girlfriend Marie (Zendaya Coleman), a young former actor and recovering addict. Malcolm & Marie brings us into the world of a couple as they negotiate life and art in a black and white film brimming with conflict. The film opens with both leads entering a house—an architectural awe provided as temporary lodgings by Malcolm’s studio—after a night spent at the premiere of Malcolm’s newest project. Riding high on the recent and unprecedented adulation his film received, Malcolm steps over the threshold without a thought for his partner’s visible frustration and disinterest in his seemingly never ending monologue. One look at Marie reveals a dissociative body language: With her face turned up, she moves briskly through the house and largely ignores her partner’s one-man celebration (though he, likely, would tell us it involved them both).

As Marie makes Malcolm dinner (a bowl of macaroni and cheese) and tidies up the bedroom, the source of the tension between them emerges: That night, Malcolm’s speech honoring those who contributed to his film’s success neglected to mention his partner of five years. Worse yet, the film’s protagonist—Imani, a 20-year-old Black woman struggling with addiction and self-harm—bears an unmistakable resemblance to Marie herself. Seeing herself on the big screen, Marie is forced into self-reflection. As she realizes, the film is but the material representation of her greatest conflict—her relationship with Malcolm has been a source of inspiration for him that has yielded little for her. The couple’s age gap—something noted early on by discomfited critics—and origin story articulates the impact of this imbalance.

As the story goes, from the moment the two lovers met years ago—when 20-year-old Marie overdosed in a market and was rescued by Malcolm and then sent to rehab at his behest—they have been inseparable. An uneven power dynamic is present from the start, and this allows Malcolm to imagine himself as Marie’s savior and the hero of their love story. The film doesn’t tell its viewers whether Marie sought his help or whether he simply stepped in, but it’s nevertheless clear that Malcolm considers her both a dependent and a debtor—and he reminds her of this time and again. “I checked you into rehab. I went to group therapy with you. I fucking supported you every step of the way,” spits Malcolm in the heat of an argument. “When you got depressed. When you were on so many meds you couldn’t fuck for a year. I was there for you.”

As the proven scriptwriter of the relationship, Malcolm assigns himself the role of a frenzied, tortured artist. And while he knows how important good casting is, he fails to take accountability for the roles and positions in which his behavior has placed Marie. But she’s able to say what he won’t: “You were there for me. That’s true. And I was a mess. That’s true. But be honest about the real reason you were there for me. I was good material.” Malcolm can brashly deny the similarity between his film’s protagonist and his partner, but he cannot deny that the quality of his work would be greatly diminished were he not with Marie in the first place. His unwillingness to concede her influence on his work weighs heavily alongside his unwavering admission of her influence on him as his girlfriend. In this way, Malcolm’s resistance offers an example of the ways our popular imagination of romantic relationships obscures the labor within them.

Marie is a muse without divine favor: She must know invisibility so that Malcolm might know its opposite.

Of the muse as a gendered category of inspiration and aspiration, Anaïs Nin wrote, “for too many centuries women have been muses to artists. I wanted to be the muse, I wanted to be the wife of the artist, but I was really trying to avoid the final issue — that I had to do the job myself.” Meanwhile, as Cody Delistraty writes in a 2018 piece in the The Paris Review, “[H]istory is slower to examine which artistic men owe a great debt to the creativity and insight of their female partners or which wives had their artistic genius stunted by their husbands’ careers.” The disparity between Malcolm’s career and Marie’s—one at the precipice of major success in film and the other leaving the same industry after a series of low-paying roles—speaks volumes about the power differential that plagues their relationship and enables its toxicity. It is apt, then, that Malcolm & Marie asserts in its opening credits that while the film is “a story of love,” it is adamantly “not a love story.” The career chasm, the age gap, the implied differences in their class backgrounds, and Marie’s struggles with addiction shape each character’s position in the relationship as well as how they speak to one another.

Over the course of the film, the anti-love story at the center of Malcolm & Marie develops a mythology of its own: The film’s title alone binds each character to the other, presenting the pair as a unit legitimated by naming. For this reason, it is Marie who loses her name to their union. All Marie truly requests is Malcolm’s accountability for effectively denying his muse a voice in the development of a story that is not only theirs but hers. “I just wish [the film] was something we could’ve done together,” Marie explains. “I know [the story’s] not solely mine. It happened to us. I get that. But the difference is you were able to process it, to take all that darkness and transform it into something good […] something that moves people. I can’t. I’m stuck with it.” Marie’s admission reveals the painful truth of their union—it only works if she has trauma he can process and profit from. Malcolm takes and twists Marie’s story into his own and boxes her out as a collaborator, effectively foreclosing upon her ability to either tell her own story or heal from it. Malcolm’s vision of success requires that Marie’s talents go unrealized and her traumas unresolved. Marie is a muse without divine favor: She must know invisibility so that he might know its opposite, and accept that hers is a fate without homage or honor.

Read this Next: Seeking Humanity 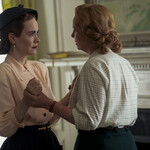