All in the Family | Bitch Media 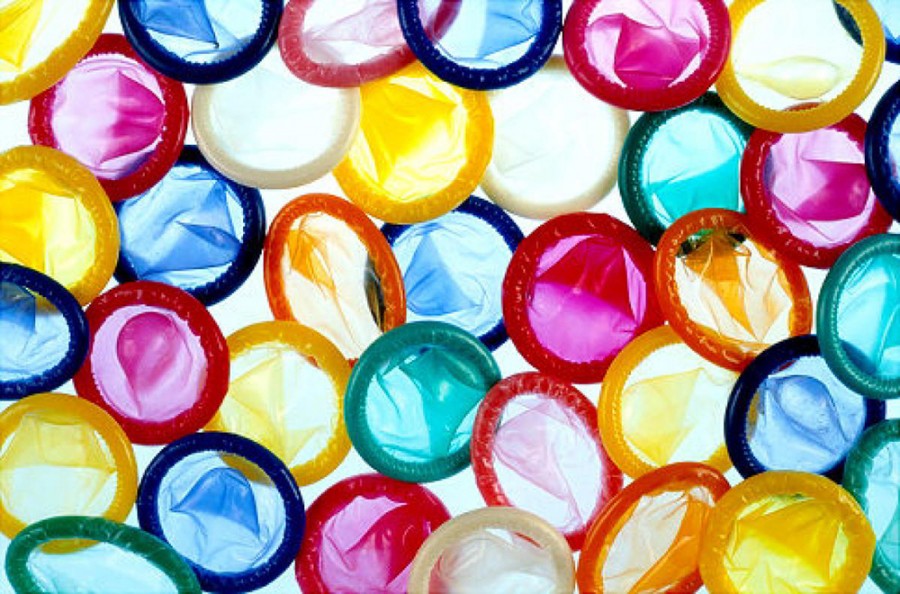 Fatima was 16 years old when a midwife helped her give birth to her first child, a daughter, at home in the state of West Bengal in India. “Everything was new and strange,” she says. “I had no idea what my body was going through.” Fatima never went to a doctor for checkups or tests; it was only after her baby was born that she learned about birth control pills from an elderly woman in her neighborhood. She began taking them regularly, but she was unaware of the repercussions of missing a few tablets and found herself pregnant again a few months later. Fatima gave birth to her second child, another daughter, in a hospital, but only after she’d spent 48 hours at home in labor, unable to deliver. Now 19 and a mother of two, Fatima has never discussed family planning—or even health in general—with her husband, a 21-year-old construction worker. Some days, she wakes up feeling weak and giddy but doesn’t mention it to him. One thought continues to linger in her mind: “Hopefully I can give birth to a son after the two girls have grown up.”

I met Fatima during my last reporting trip for the fellowship, and it was one of many instances when women shared their experiences of seeking access to reproductive healthcare or justice without their husbands playing any active role. Whether it’s free and fair treatment in health centers during pregnancy and childbirth, access to sexual- and reproductive-health information and services, or access to safe and legal abortion, Indian women’s autonomy depends on their ability to acquire knowledge, resources, and help. Social health workers and NGOs have filled in the gap for many women, but, in the patriarchal society of India, men continue to make decisions and control resources that determine women’s reproductive healthcare. Worse, they do so while being ill-informed and without engaging in discussions with their partners. This worrisome pattern had caused women like Fatima to internalize the idea that their health is not important. It had normalized violation and pain, causing women to suffer quietly because they were seldom told that they had the right to care for their bodies. In the absence of men’s support and participation, women are denied their reproductive rights in dangerous ways.

A look at India’s contraceptive use reflects this problem. Dr. Ranu Singh, who works at Patna Medical College and Hospital in the state of Bihar, estimated that she performed vasectomies and tubal ligations every month at a rate of 1 to 100. Though vasectomy is safer, easier, and simpler to reverse than tubal ligation, men simply don’t seek them out.

The “District Level Household and Facility Survey” conducted for 2007-08 projects the same pattern on a national level: Contraception use overwhelmingly skewed towards female sterilization, with 36 percent of married women opting for it (73 percent of them below the age of 30); vasectomy was chosen by just 1 percent of married men. Condom use accounted for a mere 6 percent. And though women shoulder the burden of family planning, the study revealed that they often did so with little knowledge about the various methods. Of the millions of women who used IUDs or birth control pills or who opted for tubal ligation, only one-third were informed of possible side effects of these methods or how to treat them. Stepping forward to opt for contraceptive methods armed with this dangerous half-knowledge, many women have risked—or worse, lost—their lives.

Mass-sterilization camps are conducted regularly in India, a phenomenon that became common knowledge to the rest of the world only when 13 women lost their lives in Chhattisgarh in 2014 due to infections caused by serious negligence and the use of substandard medicines. Sterilization has never been the safest contraceptive method in India, with more than 700 deaths due to substandard surgeries between 2009 and 2012 and more than 300 cases of post-surgery complications. And yet such procedures for women are widely publicized. While TV ads appear from time to time, advertising is done mainly through community health workers who pressure women to opt for sterilization, (mostly because they’re given targets for the number of sterilizations provided) by mentioning the cash incentives, and sometimes even lucky draw prizes, that the government offers to those opting for sterilization.

In a study in the state of Uttar Pradesh, a state with one of the lowest rates of vasectomy in the country, respondents said it was okay for women to feel weak after surgery because their place was at home, while men shouldn’t have to undergo a surgery that might cause weakness because it could limit their ability to provide for the family. Public health initiatives, including condom distribution, are carried out by female health workers and targeted to women with no acknowledgment that these same women often lack the autonomy to make family-planning decisions. Women bearing the brunt of responsibility when their safety and well-beings are considered insignificant in society is a dangerous paradox.

A 2001 World Health Organization report on “Programming for male involvement in reproductive health” noted that “For decades, we have looked to women to change, develop, liberate themselves, and be empowered, all the while taking for granted that these changes would be welcome. Apparently, we have also harboured the notion that male-female relations constitute a zero-sum game, in which women’s gains are necessarily men’s losses, making us do little about changing men’s behaviour.”

In the report, WHO referred to one study that found men’s sexual and reproductive health concerns were solely focused on semen loss and virility. Fifteen years later, things haven’t changed much. As men continue to be left out of awareness sessions, they feel no responsibility to be mindful of their partners’ reproductive issues.

For decades, Bollywood has romanticized men who stalk, pass sexist remarks, and are irresponsible, but who charm lead actresses anyway. The idea that women ought to be more sensible, quietly fixing things and taking care of the family in the background while the men are either too carefree to realize or too busy making money to spare time for it, has been perpetuated in many popular films. Even in the hugely successful 2016 film Sultan, the female lead is blamed by her father for an unplanned pregnancy, which she eventually “chooses” over an opportunity to compete in the Olympics for her husband’s happiness. There’s no discussion about it between the couple whatsoever, and she’s quietly dismissed into the background while the rest of the film focuses on the male lead fulfilling his ambitions. Even in more progressive films like Kya Kehna and Salaam Namaste that have touched upon the topic of pregnancy from premarital sex, the men chicken out and shun the women after they get pregnant, leaving them to handle themselves and society on their own, until the men realize that they were wrong at the very end of the film.

While men have continued to consume these messages, there have been many attempts to increase the use of condoms through different marketing campaigns, mainly TV and radio ads on youth channels that cater to urban audiences, that encourage men to care for their wives’ sexual health and to erase the embarrassment associated with the contraceptive. However, there continues to be confusion about the correct use of condoms. According to the research there is a  perception that condoms are only used to prevent HIV and not also to avoid unwanted pregnancy, thereby leading men to believe that condoms are only meant to be used by sex workers, those who have multiple partners, or those who are have same-sex partners. These and many other factors have affected the condom’s acceptability. It’s also worth noting that since community health workers engage with women constantly, encouraging them to either opt for sterilization or insertion of the Copper T, male contraceptive methods take a backseat, so TV and radio ads do not prove very effective at instilling awareness and sensitivity in men amidst a  lack of interpersonal communication.

Men continue to live in denial and shame about STDs and HIV and also about their active role in protecting themselves and their partners from these problems. But research also shows that by beginning to engage men in small ways—working with young boys in schools and colleges to change their attitudes towards women, using community interventions to increase dialogue between partners, involving husbands and fathers in discussions about reproductive and sexual health—things can significantly improve for both sexes.

Organizations have attempted to do this, albeit on a small scale. The NGO Pathfinder International implemented the Promoting Change in Reproductive Behavior (PRACHAR) project in the years 2001-2013 in the state of Bihar and concluded that by engaging both male and female partners in discussions about reproductive health, they had achieved stronger results in the use of contraception and family planning and had also challenged harmful gender restrictions. Organizations like Enfold Proactive Health Trust and Pasand include gender sensitization in their sex-ed sessions in urban schools, and Child in Need Institute (CINI) has trained teachers in more than 200 public schools in rural areas across West Bengal to provide information on reproductive and sexual health to both boys and girls in the classroom. And since there’s a lack of clarity about ways in which to involve men, there are organizations that are carving the way for the government and other NGOs to step in: As part of its Men as Partners (MAP) India program, international NGO EngenderHealth published a manual that will help community workers conduct training programs with boys and young men to reduce gender-based violence and increase their involvement in their partners’ sexual and reproductive health needs. There’s also some hope in the form of the draft of the National Policy for Women 2016, which was released publicly in May and states that “a gender transformative health strategy which recognizes women’s reproductive rights with shifts such as family planning focus from female sterilization to male sterilization will be developed and implemented.”

There’s no denying that the voices of women seeking reproductive rights and justice in India is now louder and stronger than ever, but let’s not forget that men constitute the larger part of the country’s population. Without men realizing the importance of this fight for women’s right to safety, of their right to access healthcare and information, it will remain half won. 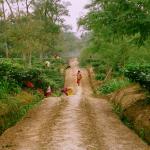