“The Mama Sherpas” Shines a Light on the Skills of Midwives 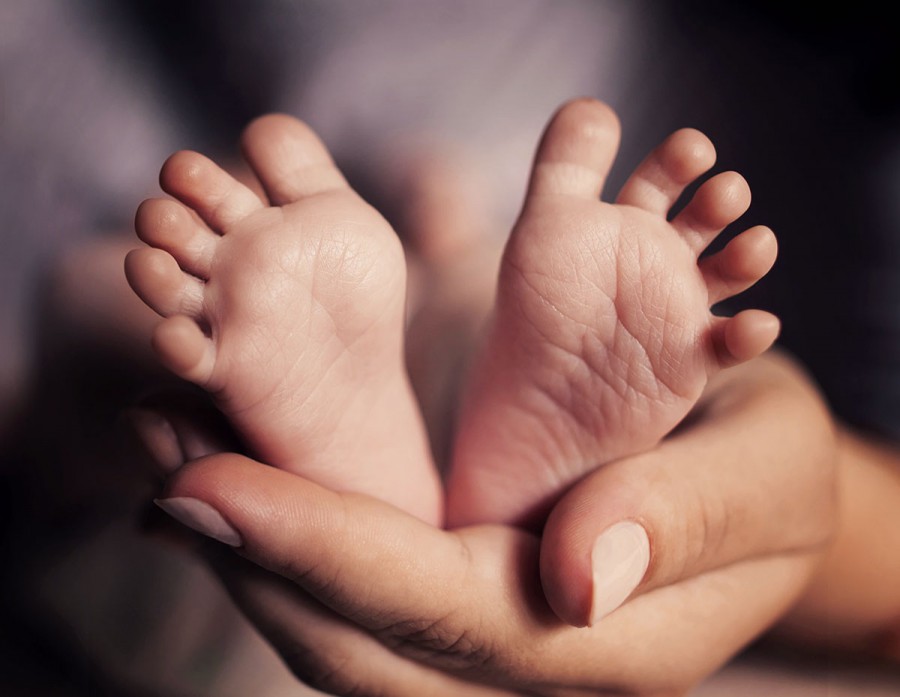 Talk show host Ricki Lake and filmmaker Abby Epstein are no strangers to the niche film genre of birth documentaries. Their 2008 film, The Business of Being Born, struck a nerve among many parents and parents-to-be as it examined the drawbacks of how the American healthcare system deals with pregnancy. Now, the duo are executive producers of a new documentary, The Mama Sherpas, that takes a look at the work of Certified Nurse Midwives (CNMs), an often ignored, but incredibly beneficial segment of birth professionals.

The Business of Being Born focused on the personal story of Epstein becoming pregnant and Mama Sherpas revolves around personal narrative, too: Director Brigid Maher began to make Mama Sherpas after the birth of her second child. Her first birth ended up as a C-section, but under the care of midwives for her second child, she had a successful vaginal birth after cesarean. This sparked an interest and curiosity to learn more about midwives who deliver in hospital settings.

Recently, many trend pieces have looked at homebirths and the role of midwives, framing these types of births as either a luxury for the wealthy or as horrifically idiotic with little regard for the wellbeing of the baby. Mama Sherpas avoids these tropes and is an earnest look at midwifery. Maher starts by drawing the viewer in with her own story, interviewing her midwife about the choice to have a vaginal birth after cesarean. 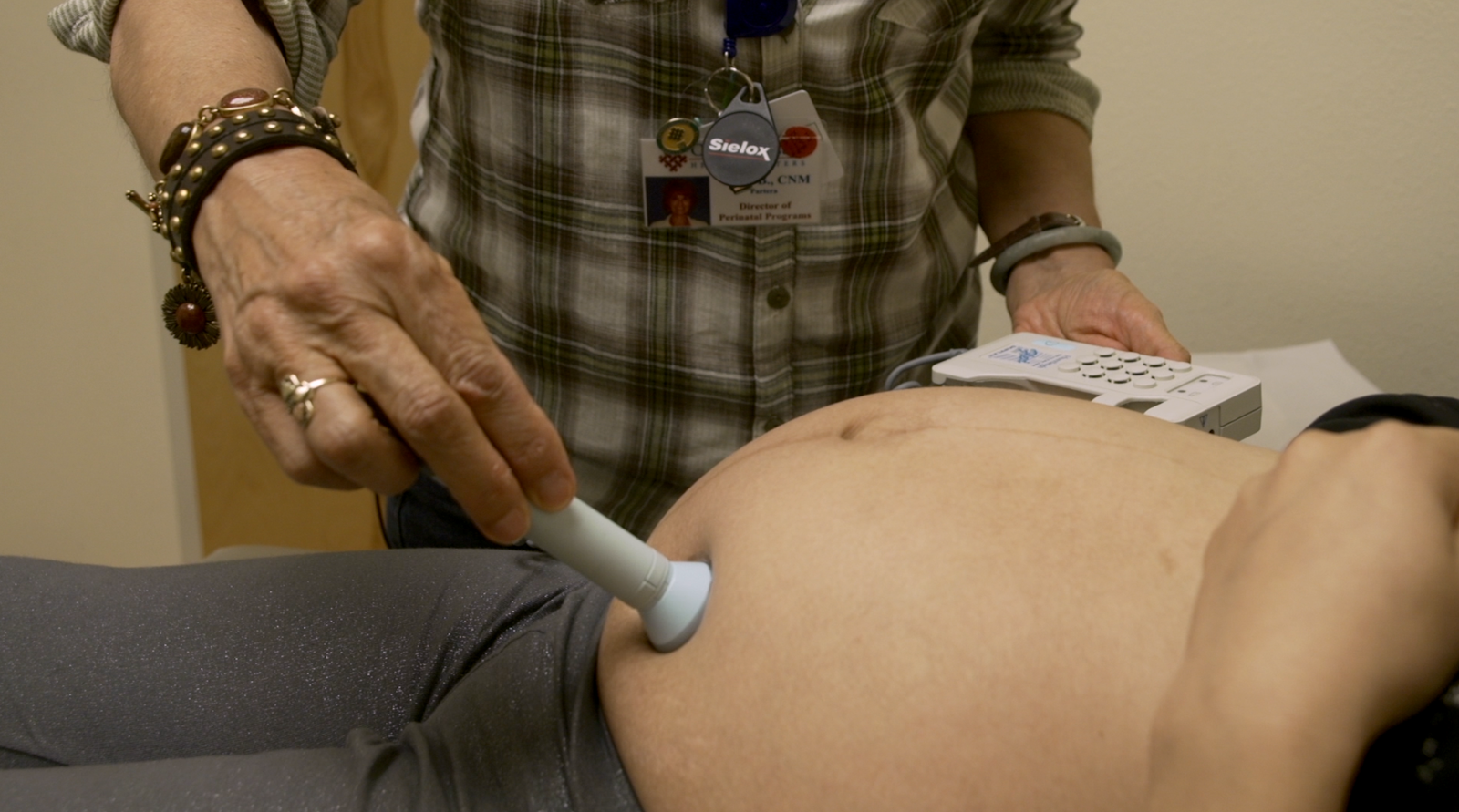 A midwife examines patient's pregnant belly in The Mama Sherpas.

By looking at the type of care that midwives are providing, especially within a hospital setting, the documentary sheds light on birthing practices that go against the increasing medicalization of birth in a country with one of the highest rates of surgical births. The US currently has one of the most expensive birth systems in the world, yet regardless of that cost, it has one of the highest rates of maternal and fetal mortality amongst developed countries. The US, ranks 60th in the world when it comes to maternal mortality rates, with 18.5 mothers dying for every 100,000 births. To put it in perspective, this is more than double the rates of maternal mortality in Saudi Arabia and Canada, triple that of the UK, and eight times higher than in Iceland. In addition to mortality rates, the US has high rates of C-sections as well. While the World Health Organization recommends C-section rates of around 15 percent or below, the national average in the US is 33 percent. Midwives are present at only eight percent of American births, so it’s worthwhile to investigate the role they can possibly help play in changing some of these alarming statistics.

Maher visits four different practices, introducing viewers to the midwifery model of care and how it works in to a hospital setting. She looks at the patient-centric model that tends to be slower paced and more holistic than traditional hospital care. Mama Sherpas provides a primer to CNMs, their role in a birth, their philosophy of care, and how they work with OBGYNs.

Mama Sherpas has some flaws as a film, beginning with its culturally appropriative title. The documentary could have dug deeper into the politics of CNMs, hospitals, and insurance companies, but instead sticks to personal stories without a lot of context about the political systems acting on the industry. But Mama Sherpas succeeds in highlighting a diverse array of patients. Since much of the mainstream coverage on midwifery tend to reflect the experiences of upper middle-class women, the film gives the viewer insights into who is accessing midwifery care and just why they are so important.

At one facility in Davis, California, we learn that the majority of patients are low-income women from Mexico, many who only speak Spanish. Providers are able to speak to them without barriers or translators, giving the same type of care they would give English-speaking patients. Having providers that speak the same language as their patients is important, so these women have the chance to have the same amount of agency, input, and control as other patients.

As someone who has worked within the birthing industry as a researcher, it is heartening to see a film that didn’t villianize anyone, and instead, showed the importance of working together for the benefit of the patient and infant. All too often, when it comes to birth, it can very easily slip into a polarizing binary of surgical versus “natural,” and midwives get tossed the way of natural while OBGYNs fall firmly in the surgical camp. In reality, processes produce better outcomes when they work together.

In the film, this is most clearly seen when Maher profiles the Virginian practice Physicians and Midwives. This team of doctors and nurse-midwives works incredibly well together to provide the best care for their patients. Unfortunately, this isn’t always the case at other clinics. When I gave birth, my practice was similar to Physicians and Midwives. But only weeks after delivering my son, they stripped the midwives of their capacity to deliver babies, citing that insurance costs became too high to cover them. One of the midwives in the film laments the fact that policy and internal politics can also play roles in preventing CNMs from providing full scope of care.

One of the final stops in Maher’s video journey is at Baystate Midwifery in Massachusetts. I was pleasantly surprised to see one of my good friends, certified nurse midwife Tonja Santos, play a central role. We follow Tonja as she helps deliver a baby for a hearing-impaired couple. At one point, the baby’s heart rate slows down, and you see the clear, methodical thinking that goes into the birth. Nobody is standing in the way of a surgical birth if needed, but they’re able to find a way to get the baby’s heart rate back to normal and the mother is able to have the vaginal birth she hoped for. It was the perfect example of the midwifery model of care, as one wonders if in a more traditional setting, the mother would have been rushed into surgery.

Mama Sherpas strings together the stories of both providers and patients in a way that is captivating, interesting, and provides more options outside of epidurals and C-sections. Mama Sherpas is not in theaters, but you can request a screening at the film's site. 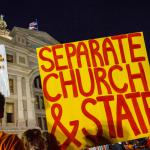 by Everett Maroon
Justice Scalia's death could have a big impact on a crucial abortion rights case.