In "The Power Of the Dog," Masculinity Is a Brutal Performance | Bitch Media 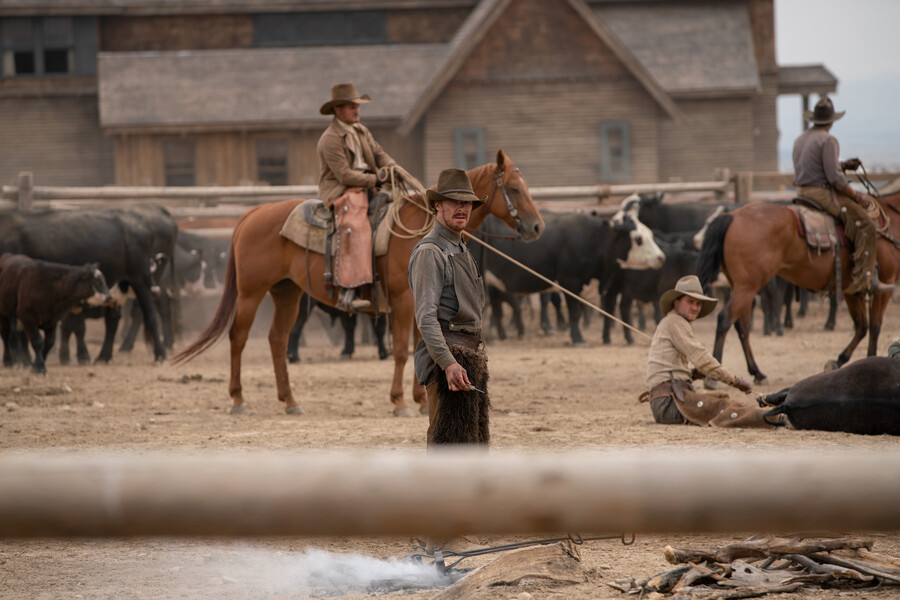 Benedict Cumberbatch As Phil Burbank In The Power Of The Dog. (Photo credit: Kirsty Griffin/Netflix)

Jane Campion’s filmmaking style has always been literary. Her new film, The Power of the Dog, is an adaptation of Thomas Savage’s 1967 novel of the same name that finds a perfect match of story, craft, and tone. Told in five thematically rich chapters whose slow pace builds to a quietly explosive ending, The Power of the Dog is a tense exploration of masculinity centered on three very different men and the woman who shifts the dynamic of their lives. Open as the rolling mountains that blanket the beautiful landscape (though set in 1920s Montana, it was shot in Campion’s native New Zealand), the film relishes its ambiguity. There are no heroes or villains in this western—just people struggling to communicate with each other, operating based on their own beliefs and values.

Meet Phil and George Burbank (Benedict Cumberbatch and Jesse Plemons), two well-off brothers who own a picturesque ranch. The two have grown apart over time, and though Phil wants to mend their relationship, George is drifting away, no longer interested in the masculine camaraderie of ranch work with his brother. He sets his sights on Rose (Kirsten Dunst), a beautiful, melancholy widow with a quiet teenage son named Peter (Kodi Smit-McPhee). They marry after a brief courtship. When Rose and Peter come to live on the ranch, Phil, fueled by jealousy, misogyny and hypermasculinity, lashes out at the newly formed family, putting in motion an intricate sequence of events that inevitably ends in violence.

The Power of the Dog is a western melodrama in the mold of the genre’s more introspective classics, such as Nicholas Ray’s Johnny Guitar (1954), George Stevens’s Giant (1956), or even something more contemporary like Edward Zwick’s Legends of the Fall (1994). As Phil, Cumberbatch volleys between the macho bombast of John Wayne and the brooding masculinity of Rock Hudson, depending on who’s watching. In the presence of others, he’s Wayne—loud, swaggering, and trying way too hard to be seen. When alone, he’s Hudson, with a quiet, poetic spirit that comes more naturally to him. Phil moves under the influence of his dead mentor, a man named Bronco Henry who is unseen by the audience—no flashbacks, no photos—but whose wisdom Phil dispenses with intense devotion.

Plemons plays George as a solid man whose presence suggests that he is an authority figure, always there to keep his troublemaking brother in line. Rose is the damsel in distress, a role Dunst has played many times before and knows how to make it her own. Her soulful eyes keep searching for understanding and care in a man’s world. But Smit-McPhee’s Peter is a standout as he offers the kind of physically complex performance usually saved for a vampy starlet, shaking up the old ways while catching the eye of a man who still adheres to them; Peter becomes closer to Phil by inquiring about Bronco Henry, seeing the homoerotic undertones no one else seems to acknowledge.

Though this is Campion’s first film with male protagonists, she depicts them with the same care as her most indelible heroines. Each moment is about the details, from the look in a character’s eye to the way that they move. Phil walks with his legs spread wide open, in loud, heavy steps. He commands whatever space he occupies, usually by disrupting any sense of calm. George moves quickly and discreetly, rarely feeling the need to make himself known. His silence and stoicism earns him the easy respect that Phil must yell to receive. And with his long legs and lanky body, Peter has a walk that is more like a delicate glide, commanding attention effortlessly. Rose, meanwhile, has a sensible, feminine walk that seems to have no interest in garnering attention at all; tormented by depression and trauma from the death of her first husband, she knows that the men see her as weak, and she carries herself as if she agrees. George buys her a piano despite her protests, and when she expresses anxiety about playing in front of people, he brushes it off even as she noticeably trembles before him. Phil, however, wastes no time exploiting her fear, sabotaging a practice session by playing the same tune expertly on his banjo. By the time George has pushed her to play at a dinner party, she has a visible panic attack. Phil isn’t in the room when it happens, but he doesn’t have to be—she feels his presence wherever she is, shrinking under his influence.

Conflicts rarely meet a definite resolution in “The Power of the Dog,” with each character stuck in their ways, unable to hear the other.

Conflicts rarely meet a definite resolution in The Power of the Dog, with each character stuck in their ways, unable to hear the other. The beauty of Campion’s work is in small things—the grating sound of Peter dragging the teeth of his comb, or the way Phil sticks his finger directly inside a paper flower made by Peter and uses it to light his cigarette. In a later scene Peter lights a cigarette, takes a drag, and hands it to Phil. It’s an intimate moment, not far from a kiss. Scenes between Phil and Peter simmer with eroticism, blossoming from antagonism into a seduction wherein Phil, mistaking Peter’s quiet nature for weakness, is taken in by the teen, his frustration with George and Rose blinding him from the truth.

Campion’s films have always shown a fascination with the characteristics and confines of gender roles. In her best-known feature, The Piano (1993), a woman is married off to a man she’s never met and forced to conform to a rigid lifestyle that bores her. The film chronicles her rebellion both artistically through her hypnotic piano playing and sexually through her adulterous relationship with a man she’s teaching. Holy Smoke (1999) is about gender-role reversal in the most literal sense, with a strong, middle-aged patriarchal figure being bested by a free-spirited 19-year-old girl who makes him wear a fire-engine-red cocktail dress. And then, of course, there’s In the Cut (2003), Campion’s misunderstood masterpiece of a thriller that examines the dangers of womanhood, and the sexual implications of always being watched by men.

In The Power of the Dog, each man desperately grasps at the masculine control that entitles their power over women, women’s bodies and women’s spaces. Masculinity is—among many other things—an intricate performance. Every culture has its own imperatives and assumptions about what makes a Real Man, but the core tenets are the same—keep emotions to yourself, be the breadwinner of the household, and always maintain the upper hand in relationships with women. For Phil, George, and Peter, manhood is defined in relation to the woman in their life: Each attempts to to handle Rose in his own way—not based on her desires and needs, but on their own approaches to masculinity. Phil antagonizes, George dotes, and Peter schemes, while often keeping his distance.

On the ranch, men control more than just the animals—it’s an environment where brutality of all kinds is encouraged. Despite the open air, there’s a sense of isolation. It’s a small world for men to fight for power. Rose can’t participate, so Phil has no use for her. But with Peter, he has an opportunity for mentorship. Peter is capable of Phil’s brutality, but his treatment of women is tender. Like George, his kindness is genuine, but he doesn’t share his stepfather’s optimism. It’s as if the Burbank brothers are the two masculine extremes and Peter is trying to find his place in the middle, standing up for himself and his mother without succumbing to his baser instincts. In the end, Campion leaves us pondering whether such a balance is possible.

Read this Next: “Diners, Dudes, and Diets” Reveals the Absurdity of Gendered Food 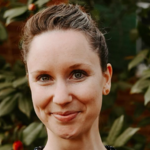 by Andréa Becker
Emily J.H. Contois gives us the language and historical context for an omnipresent phenomenon we’ve all surely noticed.