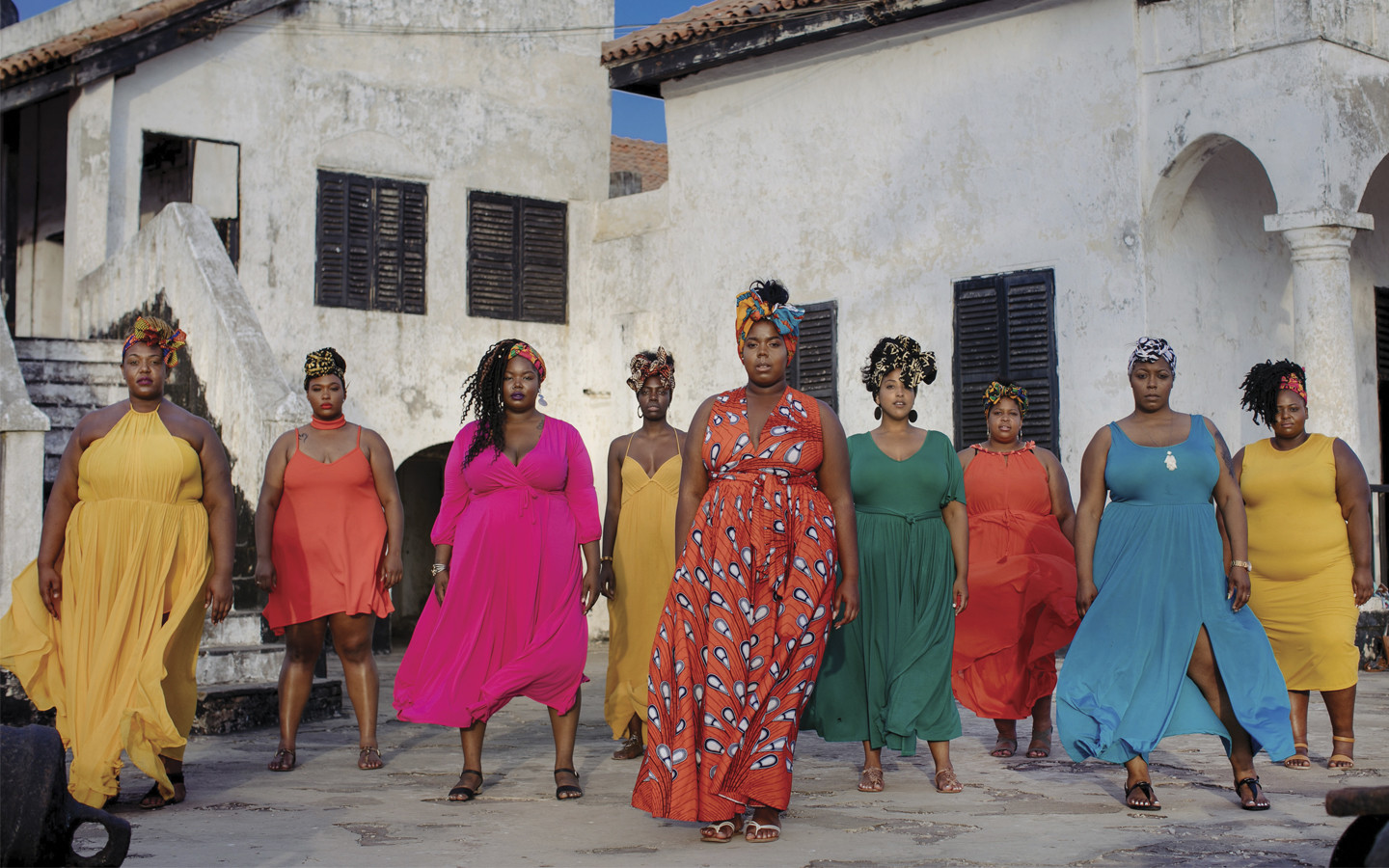 Social media is full of gorgeous photos of Africa’s crystal-blue waters, travelers praying at India’s local temples, and melanin-rich groups of girlfriends celebrating weddings at Jamaican resorts. These images are emblematic of the journeys Black millennials are taking all over the world. Thanks to the power of social media and the resurgence of the U.S. economy following the 2008 recession, Black travel groups from Tastemakers Africa and Travel Noire to the Nomadness Travel Tribe are also taking flight.

A History of Black Travel

In 1936, postal worker Victor H. Green filled a dire need for Black travelers with the Negro Motorist Green Book, which provided information about restaurants, hotels, and gas stations that would welcome them. Green’s resource guide helped Black travelers feel more in control of their destinies. (Read more about the Negro Motorist Green Book in our Dispatch from Missouri).

“The Green Book to me was a love letter of sorts,” Calvin Ramsey, creator of the documentary The Green Book Chronicles, told NBC News in July 2017. “There was a time when we loved each other so much that we would open our homes just to keep another Black person safe. You could be a superstar, a singer, an artist, and in those days still have no place to stay, eat, or bathe while on the road, so this book was about the love and ability to preserve our dignity.” Now a new generation of Black travelers has emerged that is steadfast about exploring the world outside the United States.

Rondel Holder, the creator of Soul Society, a website and Instagram page dedicated to connecting Black travelers, found that his scariest travel experiences happened within the United States: He was followed to his car by an irate waiter at an Atlanta-area restaurant after receiving horrible service; he was called the n-word at an establishment in New Orleans. “Anytime I travel to places in the South, I’m always a little more concerned about my safety, especially when I go out at night,” Holder says. “Internationally, it just depends. There are some countries that are a lot more integrated or have a bigger presence of Black people, so I know they’re a little more comfortable, like the United Kingdom.”

But Oneika Raymond, owner of the travel and lifestyle blog Oneika the Traveller, feels that traveling while Black is much easier now than it was even five years ago. “[The] first time I went to Thailand was in 2009, [and] I got so many stares and people calling out to me saying, ‘Michelle Obama,’” she says. “Now when I go to Thailand, people don’t even bat an eyelash because there are so many more Black people traveling there.” The Black travel movement is reshaping the narrative of travel by allowing Black millennials to experience new cultures and customs—and build their brands in the process.

The Movers and Shakers

Holder grew up watching his Caribbean relatives travel, but when he started traveling domestically for work, he found that he couldn’t connect and meet other Black people. So he created Soul Society. “Once I realized that wasn’t out there and more people were asking me what to do when they go to these places, I started an Instagram page to post about my different travels and things I was getting into, with honest reviews about these places.” Holder isn’t alone: Many founders of Black travel groups have turned their passion into profit through investors, sponsorships, and entrepreneurial spirit. Holder is now able to create income through his Soul Society travels with freelance writing and video/event-production work: “I don’t know if I would’ve traveled to South Africa, Japan, Thailand, and Iceland before. I only found these places to be attainable and achievable because of Soul Society.”

Tastemakers Africa founder Cheraé Robinson was introduced to travel through her grandmother, a beautician with a sixth-grade education who loved to travel. “As a kid we would road-trip from New York to Florida,” she says. “My grandmother would always go on cruises. Even though she was uneducated, she had a really interesting friend circle of people from all over the world. It was the idea of being curious that my grandmother sparked in me, and figuring out how to [travel] by any means was a big inspiration.”

When Robinson started traveling, she realized that the African countries she was visiting weren’t being shown to the world. So she created Tastemakers Africa to help travelers plan trips to Ghana, Morocco, Tanzania, and other parts of Africa. “I would much rather help people understand how to navigate African cities and share the stories of all these amazing people I’m interacting with [than] share the story of poverty,” she says. “I felt that disrupting what the world thought about Africa, particularly for Black people, would help disrupt our own negative notions about ourselves.”

Robinson took a cue from Uber and Airbnb and made Tastemakers Africa a peer-to-peer marketplace. Guests are also able to book experiences such as wine tasting, boxing classes, and nightlife activities while meeting fellow travelers. “The Black travel movement is so clutch because people can say, ‘Wait a minute, there’s people like me doing this?’” Robinson explains. “As members in this movement, we have to continue pushing back against the elitist vibe around travel. We have to continue to make travel accessible.” 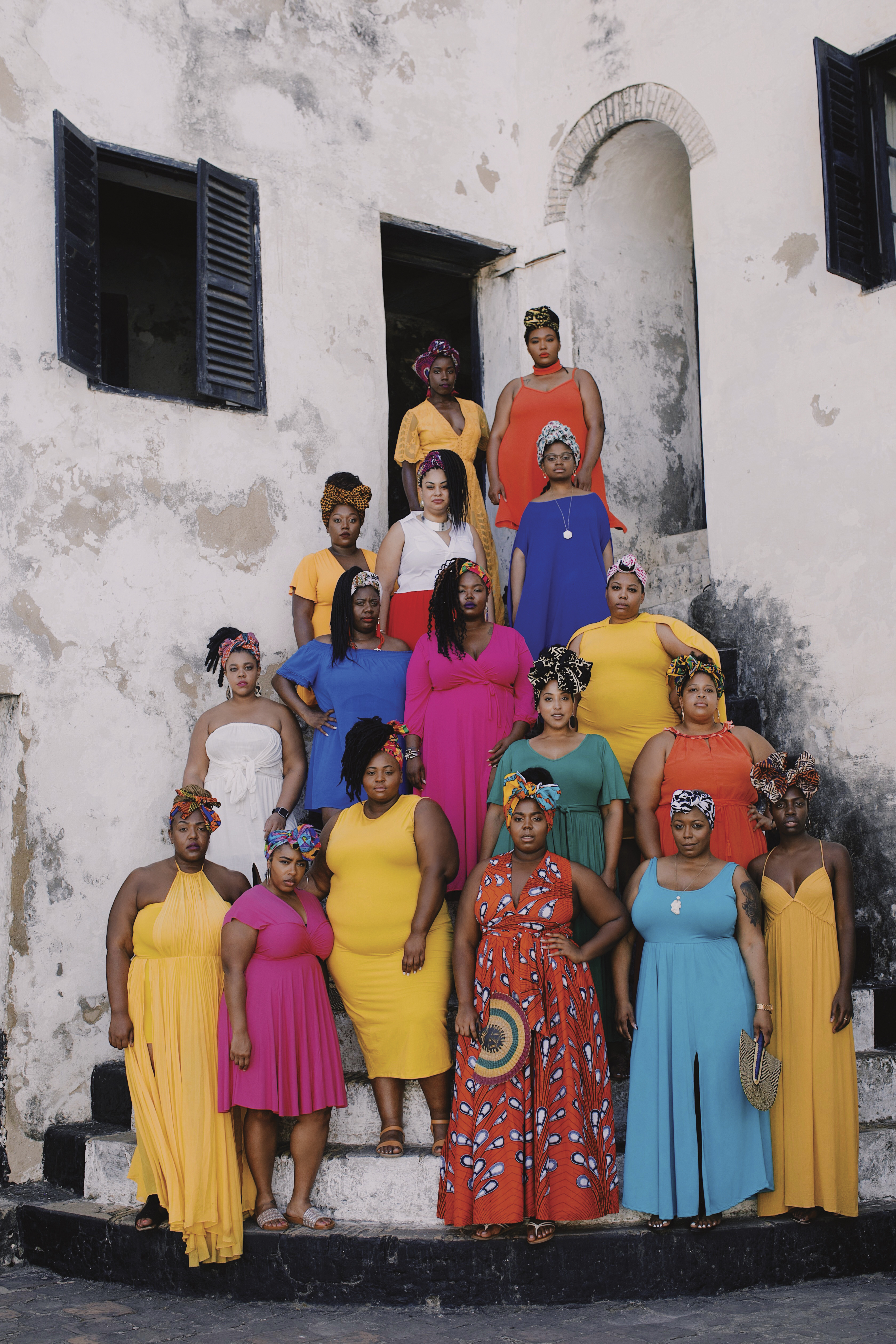 The Price of Culture

Poverty and financial insecurity have always impacted Black people’s ability to travel. Even now, Black people are more than twice as likely to live in poverty as white people, according to the Pew Research Center. As recently as 2013, white households held a median net worth of $144,200, 13 times higher than Black households at $11,200. Black travel groups are making travel more accessible and affordable. These trips can cost upward of $1,500, but installment plans help offset the costs. Modern technology has also brought the possibility of travel straight to our phones, particularly through error fares and deals.

Black Girls Travel Too founder Danny Rivers-Mitchell is incorporating voluntourism to make travel even more accessible. This year, 10 Black women will travel to Barbados to participate in community cleanup, painting, and a career fair at a local school. Travel has also opened the door to opportunities for Black people in the very white travel-writing industry. Journalists and bloggers are creating their own channels, social-media pages, blogs, and websites. Raymond bet on herself, and it paid off: Last year she began working for the Travel Channel as a digital host. “We show examples every single day of what is possible,” says Rivers-Mitchell. “We get to become the narrators of our own stories. The travel space is a white man’s world. But when you come in droves, you cannot be denied.”

As Ty Alexander found on her #Gone2Ghana2018 trip, traveling across the world with people you don’t know can teach valuable lessons. “We hiked through the rainforest together, crossed eight death-trap bridges together, and watched the sunset on the Gold Coast while snapping pics for the ’gram,” she says. “Then we cried at the slave castle as we reflected on the door of no return. Somewhere in between, we argued about who was going to sit where on the bus and bonded over our hatred of early-morning departures. This trip not only opened my eyes to another culture but also made me a part of an opening act in one of the best stories of our lives—sisterhood!”

While Black travel groups and travel journalists have proven that Black people are interested, willing, and able to travel, gatekeepers are still a hurdle. “Working with airlines and tourism boards is a challenge because most of them don’t see the value,” Holder says. “They won’t say, ‘Sorry, we’re not interested in a Black traveler right now.’ But you’ll get the sense that is the reason they’re not working with you. How do we bridge the gap between our followers and travel companies, airlines, and hotels?”

Similarly, Robinson wants Black travel groups to be taken more seriously. “The Black travel conversation hasn’t been particularly nuanced. We’ve got a technology platform and an infrastructure all across Africa, but people will equate us with a Facebook group. No, we have investors,” she says. “It’s a beautiful thing that people are recognizing the Black travel space, but I want us to get the same nuanced attention that the larger travel space gets.” Ultimately, the gift of travel teaches a number of important traits: patience, compassion, empathy, self-love, and understanding. Crystal Dyer has run Gone Again Travel, the only Black-owned travel agency on the west side of Chicago, since 1999. She’s found that young people have a sense of fearlessness that is encouraging them to travel more. “Travel has a wellness component,” she says. “We work hard, spend our money on nonsense sometimes, and that peace of mind from travel is priceless.”

As a married mother of two, Rivers-Mitchell believes that travel fuels her, and she encourages women, particularly married women and mothers, to make time to travel. “You have to fulfill your dreams—and not later, now. You have to create and live your best life now because it’s not guaranteed to you. Travel saved me. Travel showed me what was possible. It changed my life for the better.”

Read this Next: Racial Roadblocks 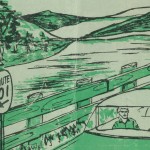 by Jenn Jackson
It is nearly impossible to comprehend what it means to be a Black traveler in the United States today without confronting our long anti-Black history.