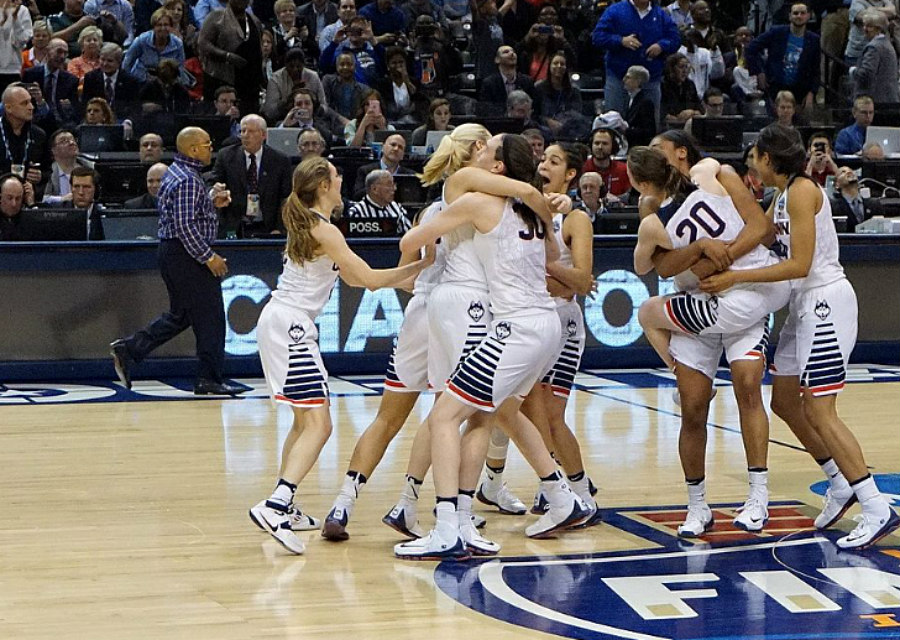 March Madness is the annual pinnacle of NCAA basketball: Avid and casual college-basketball fans alike tune in, make brackets, and participate in their office pools. It’s a fun tournament, the height of friendly competition for players and fans alike. It’s also a huge moneymaker: The NCAA earns approximately $900 million from the tournament, mostly through broadcasting and ad revenue. Participating teams can earn over $1 million just for appearing in the tournament, an additional $5 million if they make it to the Sweet 16, and another $8.3 million for a Final Four appearance. The 2017 tournament was the second most-watched in 23 years, averaging 10.4 million viewers (up 14 percent from the previous year), and more than 93 million people streamed the Final Four.

But one group of people isn’t raking in the money: the players. It’s well-known that NCAA athletes are not paid: the chief argument is that NCAA athletes are paid through scholarships, and in return participate in collegiate sports. Then there are those who argue that college players stand to make millions of dollars by entering a professional draft. This latter argument doesn’t stand up to scrutiny. For one, NCAA athletes aren’t learning as much as they could because they’re allowed to miss classes and receive special exemptions from schoolwork. It’s also incomparable to the millions of dollars that the schools and coaches are making, especially since players can suffer a career-ending injury in college and never make it to the pros.

Do these ethical issues detract from the ability to enjoy the tournament? How should people who care about social justice feel about a nonprofit association that exploits athletes who provide entertainment for the masses and profit for the universities, often at the expense of the players’ health and well-being? 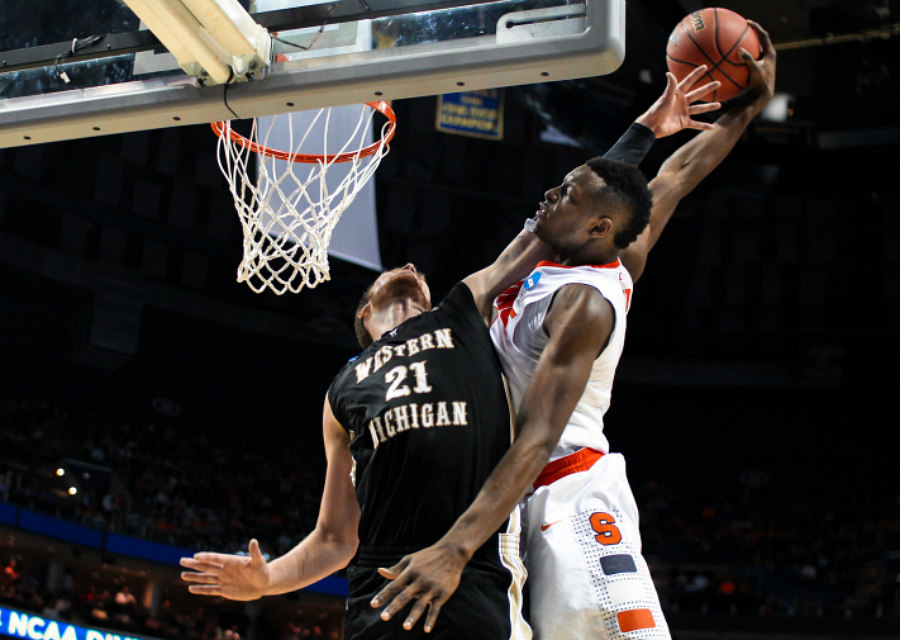 Women athletes have an even slimmer chance of making the kind of money that male athletes make in professional leagues. Even if the WNBA drafts a college basketball player, the salary isn’t comparable to the NBA. Take Brittney Griner, for example: While playing for Baylor College, she broke the NCAA career blocks and dunks records, was the Big 12’s all-time leading scorer, and won an NCAA championship. Yet the 2013 WNBA draft pick only received $49,440 during her rookie season (she made 12 times that playing in China). The lack of professional sporting opportunities means that college athletics is as high as many women athletes will progress. Shouldn’t they have something to show for that beyond intangible glory? As it stands, a women’s March Madness championship win brings in no money for the team’s conference, as opposed to the millions of dollars a men’s victory will net.

“Ultimately, amateurism isn’t about money. It’s about power,” Luke Bonner, cofounder of the College Athletes Players Association and former Division I basketball player, wrote for VICE. “Amateurism does nothing to serve athletes or improve our college experiences. Instead, it’s a cruel joke, a doublespeak concept that only serves to excuse and amplify inequities between the haves and have-nots, the athletes and the administrators they serve, perpetuating a system of suppression and exploitation.”

There are other controversies bubbling up around the NCAA right now as well: An FBI investigation found that several elite schools were illegally paying top basketball recruits through an assortment of bribery schemes. At least five schools have been indicted for bribes that ranged between $13,000 to $22,000; the official charges include “bribery conspiracy, solicitation of bribes, honest-services fraud conspiracy, honest-services fraud, conspiracy to commit wire fraud, and Travel Act conspiracy.” Elsewhere, schools regularly offer bribes and other enticements to athletes: The University of Louisville was forced to vacate its 2013 national championship title and 123 wins over three seasons after providing recruits with strippers and escorts. (This was separate from the FBI investigation, but the school is also named in the FBI investigation). None of these scandals would exist if athletes were compensated fairly for their skills. 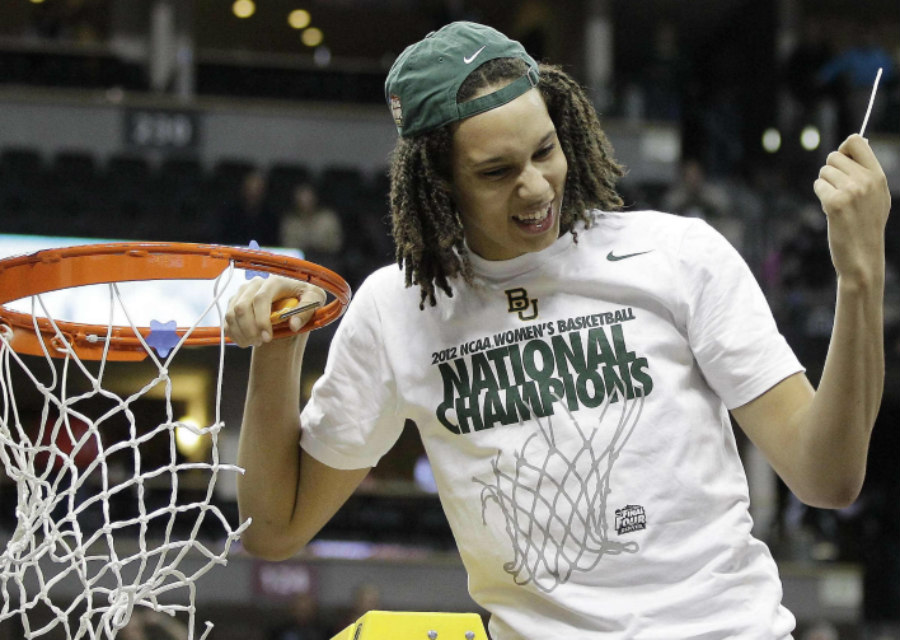 The NCAA’s response to a lawsuit from a former player is perhaps the most damning and ethically gross indictment of the league. In his lawsuit, Lawrence Livers argued that scholarship students who play sports are employees and deserve pay—at the very least as work-study students. In response, the NCAA cited the 13th Amendment, which formally ended slavery but made an exception for people who had been convicted of a crime, as precedent for why student athletes shouldn’t be paid. A previous case, Vanskike v. Peters, ruled that Daniel Vanskike, who was incarcerated at the time of the lawsuit, didn’t need to be paid for his labor.

The NCAA cited this case as precedent for their case. Yes, the NCAA compared their athletes to prisoners to argue against paying its athletes. That would be appalling no matter what, but it’s even more uncomfortable given the racial dynamics of the NCAA. The majority of players are Black, while the majority of coaches and college officials who profit off their skills are white. And support for paying players is also divided along racial lines—a 2017 poll found that 52 percent of Black respondents supported paying student athletes while just 27 percent of white respondents did.

Loving sports is a complicated thing, but how can basketball fans reconcile their excitement for March Madness with the reality of the NCAA’s labor issues?The mechanics of these games are always influenced by and overlaid with our own identities or the political struggles of the athletes. If you truly love watching college athletes perform unbridled feats of athleticism, you can join the growing chorus of support for them to be compensated for their skills. Everyone deserves to be paid what they’re worth, and no one should be forced to earn buckets of money for other people while making none for themselves. So this year, while you’re watching March Madness, take a moment to acknowledge the ethical complexities at play while rooting for whichever team is atop your bracket. 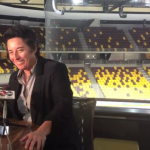 Champion hockey coach Shannon Miller at a press conference in the fall, shortly before she was let go....