Walk This Way: Some Things To Know Before You March This Weekend | Bitch Media

Walk This Way: Some Things To Know Before You March This Weekend 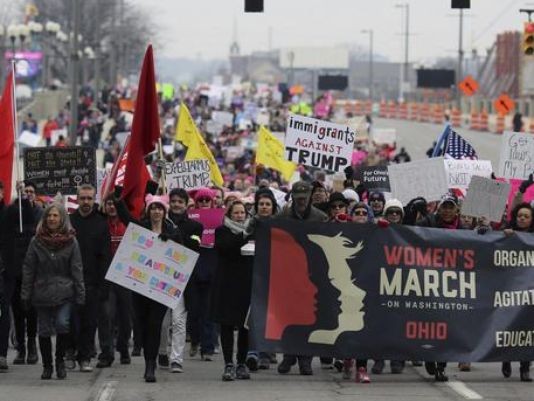 Not to tell you something you don’t already know, but what began as a plan for a post-inaugural protest against the ridiculous new president of these United States has quickly ballooned into a worldwide movement: This Saturday, women will march in more than 400 cities around the globe—not just in protest of Fuckface Von Clownstick, but in support of a global agenda of equality and change. Whether or not you’ll be sporting a cute pink hat, you may be going to one of them. As Yordanos Eyoel, the spokesperson for the national march in D.C., enthused, “The aggregate turnout has the potential to exceed one million marchers. What makes this movement even more special is that people who have never been politically active before are now mobilizing.”

But if you’ve never been to a protest march, it might take some getting used to. Here are a handful of tips that might help.

Treat going to a protest march like you would doing any outdoor activity that’s going to last all day: Pace yourself, make time to rest and recharge, wear comfortable clothes and shoes, bring your cell-phone charger, and hydrate like nobody’s business.

Having a small emergency kit is also a good idea: Band-Aids and Neosporin for scratches or blisters; medicine for headaches, stomach troubles, and coughs; some extra cash; a rain poncho (a large garbage bag will do in a pinch); a small flashlight—you get the picture.

If you’re going to be marching with children, bring a few small books or activities for them. (I told mine that he might catch some Pokémon on the march route, but I may live to regret that.) Make sure you’ve got extra snacks for them, and find ways to make it fun.

Know what you can and cannot carry:

The Women’s March website has a pretty comprehensive FAQ on restrictions regarding bags, backpacks, food, mobility assistance items like walkers and canes, breast pumps, and more.

Know that in many cities you cannot affix your protest sign to a wooden handle; likewise, flags and banners cannot be attached to a pole. If you’ve got leftover wrapping-paper tubes in your recycling bin from the holidays, those work well—though you’ll want to find the sturdiest ones, because if it rains or snows that cardboard will collapse pretty quickly. Another option: Use layers of foamcore wrapped with packing or duct tape and adhere that to your sign.

Have a team, have a plan:

If you’re going to and from a march with a group of friends, coworkers, or others, make sure you have each others’ contact info in your phones and agreed-upon places to meet during downtime. If you’re going solo but looking for a group to march with, many organizations, like NARAL, NAACP, the ACLU, participating in the events this weekend invite others to march as part of their delegations, so check Facebook pages for meeting times and places.

Keep your cool with counterprotestors:

Whatever city you march in, trust that there will be counterprotestors. Some of them will be jeering at marchers and shouting at women to show their tits. Some of them will be carrying signs that say #MAGA or “Trump.” Some of them might be straight-up Nazis or KKK. And there will likely be some who want to start some shit, just because. Ideally, you won’t engage. Counterprotestors are going to be a minority, and what they want is your attention. Don’t give it to them. You’ve got better shit to do than be baited into a fight, which is exactly what they want.

Noted right-wing hoaxer James O’Keefe has already been busted trying to rally progressive “protestors” to riot at Trump’s inauguration, and it’s very likely there will be similar provocateurs at the Women’s March. If someone you don’t know asks you to fill out a survey with personal information, seems a little too interested where you’re staying, or otherwise weirds you out, don’t feel like you owe it to the sisterhood to engage with them. Stay alert, and trust your gut.

Know your rights, and those of others:

Any political protest can be an opportunity for those in power to flex it without warning, and, as Colorlines has pointed out, not all protestors are treated equally. The ACLU has created a free, downloadable guide specifically for the Women’s March in D.C. that outlines your rights as a protestor, and also has an app that sends an alert when nearby users have been stopped by police, and that records police actions and immediately uploads them for review.

Writer and activist Mikki Halpin’s Action Now! newsletter is a great source of daily updates and news for protestors.

UniteWomen.org has a handy guide to how to interact with law enforcement should you or someone you know be detained. 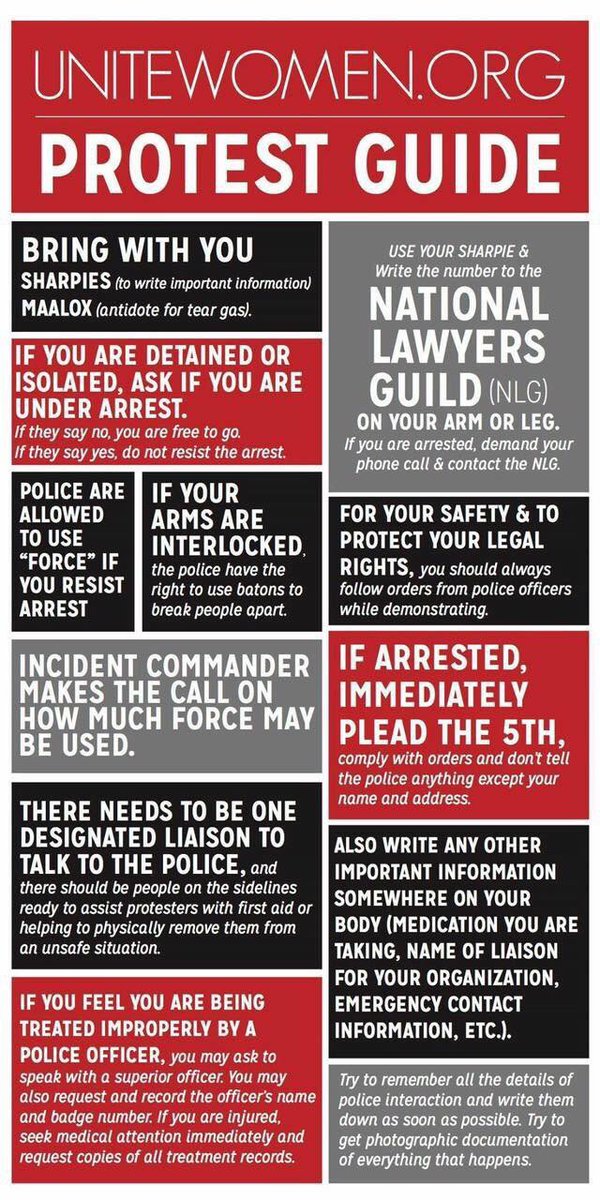 This list of resources for advocacy groups, compiled by Scarleteen’s Heather Corinna and Bitch contributor s.e. smith, is also worth having.

Take care of yourself:
You’re likely marching because you’re angry, and scared, and sad, and maybe still hoping the last couple of months were some kind of nightmare that you’ll eventually wake up from. Maybe you have a chronic illness (or even just a cold); maybe walking long distances isn’t easy for you; maybe you’re stressed out because your kid is sobbing or your friend twisted their ankle; maybe big crowds freak you out but you’re toughing it through because this shit is important. Whatever the circumstances, take breaks and nourish yourself, whether that means eating or talking quietly to a friend or sitting on the ground and listening to a podcast for a bit. Self-care tips by and for activists abound online, so make sure you have some go-tos this weekend, wherever you are. 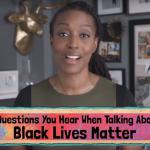 by Sarah Mirk
Franchesca Ramsey gives advice on responding to frustrating questions like, "So are you saying ONLY Black Lives Matter?"