What Would “Mare of Easttown” Be Without Erin’s Murder? | Bitch Media

Must Every Murder Show Revolve Around a Dead Girl? 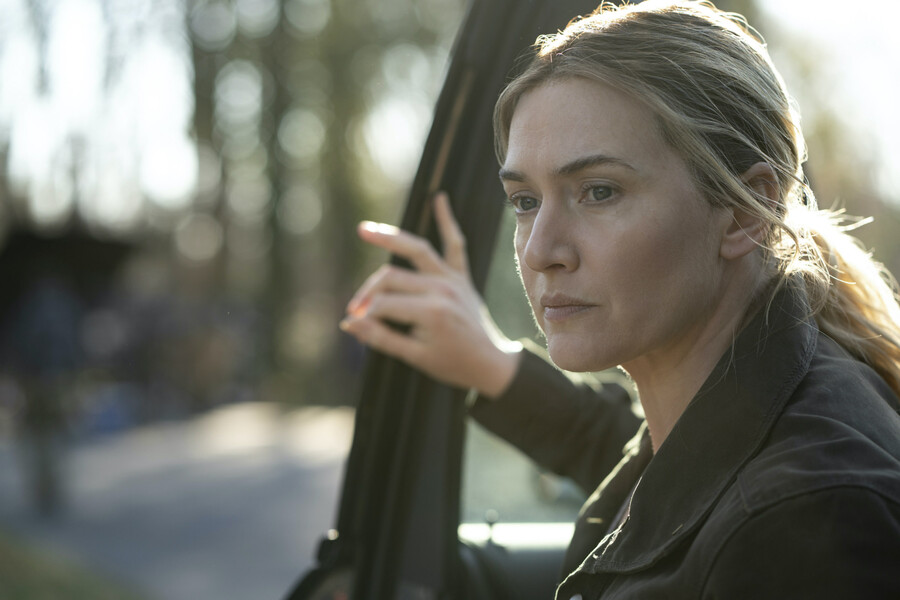 We’re more than 15 months into a deadly global pandemic, and I can’t stop watching murder shows. I know I’m not alone; after all, there’s an oversaturation of both real and fictional onscreen murder mysteries. So during quarantine, I’ve laid on my couch, lonely and exhausted, and watched the comforting and familiar narrative of murder show after murder show. Sometimes I indulge in “cozy mysteries” in which charismatic amateur detectives solve absurd murders in quaint, quirky villages that somehow retain their charm after experiencing a series of brutal deaths. Other times I watch brooding, gritty murder shows in which a person, often a woman or a girl, is either missing or found dead, and there’s often an underlying fear or assumption that she’s been sexually assaulted. My favorites of these “serious” murder shows are those led by a complicated, “cold” woman detective.

She’s usually harboring deep trauma, and she emotionally and mentally unravels along with the mystery. These detectives are typically played by beautiful, white actors donning slouchy clothes and minimal makeup. I am thinking, for example, of  Robin Griffin (Elisabeth Moss) in Top Of The Lake, Camille Preaker (Amy Adams) in Sharp Objects, Sarah Linden (Mireille Enos) in The Killing, and Mare Sheehan (Kate Winslet) in Mare of Easttown (the darling of my Twitter timeline). Amid cinematic camerawork, a collection of odd side characters, and the darkest recesses of patriarchy, these detectives find the missing girl, avenge the dead girl, and, most important, solve the mystery. In Mare of Easttown, Mare’s a hardened detective who has been pummeled by life but still retains a sense of humor. She’s brisk and sometimes rude but cares fiercely about her family and community, including the son she lost to suicide and the grandson she’s now raising. She vapes with gusto, eats plenty of hoagies, and wears her hair in such a terrible bun that it’s easy to occasionally forget that Winslet’s a bonafide movie star. Winslet’s performance is broad and embodied but beneath Mare’s prickly, funny, and exasperated exterior, there’s a tenderness that occasionally peeks through.

While shows like Mare of Easttown interrogate patriarchy, they also uphold it: They may offer audiences strong, female detectives as leads, but there’s still the unsettling, age-old problem of plot lines that almost exclusively revolve around the death of girls and women. A dead, missing, and/or raped woman is so commonplace on any given episode of Law & Order: SVU that its familiarity can almost become comforting: One can fall asleep to the rhythms of a woman’s murder being solved in a single episode. But the victim is never really fleshed out; she’s a black hole, an empty vessel, and a symbol of both innocence lost and the horrors of patriarchy. In male-fronted detective shows, his emotional reaction to the victim’s murder becomes the show’s center, as the patriarchy-as-perpetrator trope ultimately reflects back on him. Because the murderer is nearly always a man, the detective defines himself in opposition to the murderer: He doesn’t have a murdering impulse, does he? He embodies patriarchy, but not to that extreme. So when he catches the murderer, he avenges the dead woman, and the problem is solved.

In women-fronted murder shows, the detective is positioned as a mother-like figure to the murdered girl and has often experienced different forms of abuse herself. Casting a woman as the lead detective can make the show feel like a feminist project, albeit an uncomfortable one. It’s cathartic to watch Robin confront one of the men who raped her as a teenager while saving a 12-year-old girl from her abusers in Top of the Lake. It’s exciting to see Mare stomp around Easttown, puffing dramatically on her vape while searching for the man who has been imprisoning and killing sex workers. Though the detective saves the missing and abused girl, she also inherently knows it could’ve been her. And while these women challenge some aspects of the genre, a missing, murdered, or abused woman still remains at the center of the narrative. This raises the question: Can we tell women’s detective stories without women’s unwarranted pain?

Mare of Easttown has a murdered girl at its center, but narratively and emotionally it’s more than just a gritty mystery. The show goes beyond casting a woman detective; it also borrows elements from cozy mysteries, reminding me at times of a darker ideation of Murder She Wrote or Agatha Raisin with its oddly specific characters, quirky and layered small town, and humorous moments. Mare of Easttown’s pace is purposeful but not slow, unfolding the lives of the people in Easttown with careful deliberation. Unlike many detective stories, not every character is tied to the case or meant to be a red herring. Instead, these characters add richness to the show’s world: Mare’s tense and intimate relationship with her mother, Helen (Jean Smart), feels lived-in and real. Their barbed exchanges are some of the show’s funniest moments, and I would gladly watch a half-hour dramedy about their relationship.

While the plot is centered on the murder of one young woman and the disappearance of another, motherhood is the show’s insistent theme, and it’s explored in many forms and through several characters. The teenage victim, Erin (Cailee Spaeny), is a mom, and Mare’s relationship with Helen is as rich and weighty as the relationships she has with her own children. Her relationship with her best friend, Lori (Julianne Nicholson), is tender and intimate. In one emotional scene, Mare holds Lori in her lap as if she were a child. But Mare’s experiences with motherhood are scary, unforgiving, and complicated. We see through her actions, and the complex emotions that cross her face, that she deeply loves her children and grandchildren. But when the man she’s dating says he’s sure she was a wonderful mother to her son, she says, “No I wasn’t.” I believe her. The viewer isn’t meant to condemn or idolize Mare. She’s a complicated person, as all mothers are, doing her best, and sometimes it’s not good enough.

While shows like Mare of Easttown interrogate patriarchy, they also uphold it.

Mare of Easttown, however, doesn’t challenge another trope that plagues many of these murder mysteries: the whiteness of the female detectives and victims. The whiteness of the detective suggests that complicated but powerful women—the kind of women who can be trusted to save you—are white. The whiteness of the victim plays into the classic white supremacy myth that white women are the most vulnerable and important kind of woman—the ideal victim. It erases the real-world crisis of women and girls of color who are missing or harmed and whose lives are not valued by white supremacist culture. The way mainstream media ignores and underreports the murder and abuse of women of color, yet eagerly reports on it when it happens to white women, is called “missing white women syndrome.” Fiction reflects culture, but it also influences it. What then do we make of all these dead white girls on TV when there is a real, underreported crisis of missing and murdered Indigenous women in the United States and Canada? I’m not suggesting that there should be more murder shows that center victims of color, but femicide isn’t just a white woman’s problem. White supremacy and patriarchy facilitate a culture of violence against women, and a fictional white woman detective won’t solve this problem.

What would this show be without Erin’s murder? Maybe it would be about Mare and Helen sparring while teaming up to fight for custody of Mare’s grandson. Or maybe it would focus on Mare messily eating while driving or storylines about mothering, addiction, suicide, and regret. Either way, the show is weighty enough that it could unfold without the murder. Of course, half of the fun is coming up with theories about who murdered her. And Mare of Easttown is a thoughtful show. The murder and the consequences of the murderer’s reveal are thematically tied to the questions about motherhood that the show raises—the question of what a parent would, and can, do for their children. Can that story be told without Erin’s murder at the center? That question raises others: Why are murders the most compelling mystery? Can you have suspense and interrogate patriarchy without fictional femicide?

Mare of Easttown is a good show—well plotted, acted, and written. It’s atmospheric and layered. But it also wants to have it both ways. It wants to be a murdered woman show, but also more than a show about a woman’s murder. It’s as focused on Mare’s grief and her feelings about herself as a parent as it is on the murder mystery. But grief and parenthood aren’t solvable the way mysteries are. We get a sense of satisfaction from a solved mystery that rarely exists in life. Every Sunday for the past few weeks my Twitter feed was full of theories about the identity of Erin’s murderer. There’s a reason I found The Leftovers, a critically acclaimed show about grief that refused to solve its central mystery, easier to admire than to watch. That was a show that used narrative, the unsolved and unsolvable mystery of why people vanished into thin air, to speak directly to what grief feels like. The murder mystery, even with its inherent violence, is easier to enjoy. We live in a frustrating world full of grief. Solving a fictional woman’s murder gives us a temporary sense of relief. And so, despite our discomfort, we keep watching.

Read this Next: Accidents Still Happen 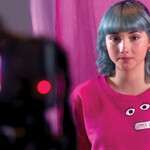 by Marina Watanabe
The N refused to air the episode for several years. 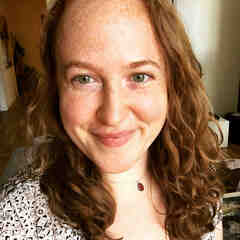 Eleanor Howell is a writer and former baker from Portland, OR. When she’s not listening to podcasts or over-analyzing TV shows, she writes fiction and essays about pop culture, cults, romance plots, bisexuality, and living in bodies. Follow her on Instagram and read her work on her website.