When Our Heroes Fail Us | Bitch Media 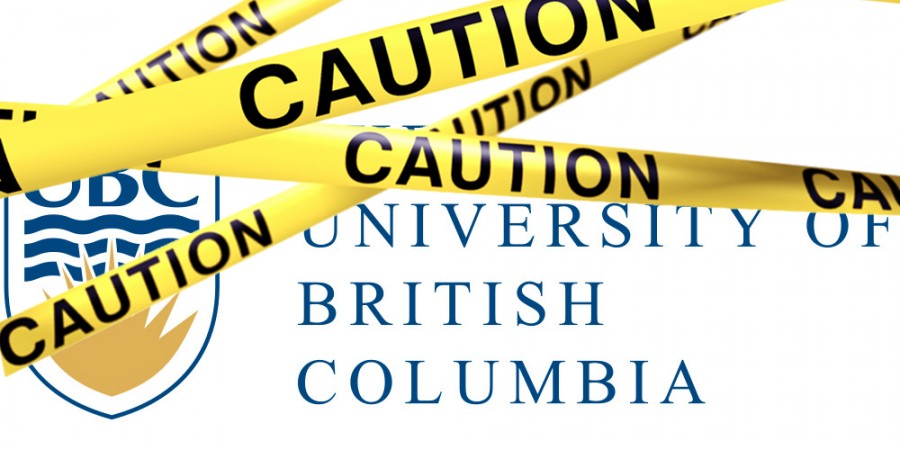 I was fifteen the first time I read one of Margaret Atwood’s books. My tenth grade English teacher, sensing that I was bored by the regular curriculum, started a sort of private reading syllabus for me and for whatever reason the first two books he gave me were The Edible Woman and The Handmaid’s Tale.

At the time I only vaguely knew who Atwood was; I had this idea that her books were boring and old (in my defense, everything seems old to a tenth grader), and I expected reading them to be a slog. Instead, the experience felt both electrifying and transgressive. Her words and ideas gave me the framework and language to talk about things that I had often felt but couldn’t articulate. It’s not an exaggeration to say that Atwood’s writing formed the basis of my adult feminist praxis, and I doubt that I’m alone in feeling that way.

By that same token, I know that I’m not alone in turning to Atwood’s books for both comfort and guidance in the wake of the recent American election. With every new cabinet appointment, it is clear that Trump plans to make good on his most frightening campaign promises. Many of these promises involved state control of women’s bodies, the most memorable of which was his assertion that women who have abortions ought to be punished. In less than a month, the dystopian America of The Handmaid’s Tale has begun to seem less like fiction and more like a frighteningly possible future. Atwood herself has begun to seem less like a novelist and more like some kind of oracle.

Which makes Atwood’s vocal support of Steven Galloway, the former University of British Columbia Creative Writing Program Chair who was let go in May of this year, all the more disappointing.

It would be an understatement to say that the details surrounding the Galloway case are murky. They are, in fact, almost non-existent – at least in a public sense. What we do know is that several of his students and former students made what UBC referred to as “serious allegations” against him. We know that he was suspended from his post in November 2015, and we know that instead of pursuing traditional legal channels the university asked retired British Columbia Supreme Court judge Mary Ellen Boyd to conduct an independent investigation. We know that Boyd found most of the complaints to be unsubstantiated except for one: that Galloway had had a romantic relationship with one of his students. We know that after considering Boyd’s final report the university chose to terminate Galloway’s employment. This handful of facts constitutes the majority of what has been made publicly available about the case; everything else has been withheld due to non-disclosure and privacy policies. Even the versions of the report that have been made available to journalists have been heavily redacted.

In the months since Galloway’s firing, many of his friends and fellow writers have raised complaints about how he was treated. Most recently, author Joseph Boyden wrote an open letter to UBC demanding transparency, accountability and due process from the university. The signatures on the letter read like a who’s who of the CanLit establishment; among others, there are Michael Ondaatje, Jane Urquhart, Yann Martel and, of course, Margaret Atwood.

The opinion that the case was mishandled by UBC is shared by many people, including several of the complainants, so a request for more transparency is completely reasonable. What is disturbing about the letter is how dismissive and even downright accusatory it is towards the complainants. This is especially troubling given the amount of public dialogue that has happened over the course of several recent high profile sexual assault cases on how best to handle discussions surrounding rape and violence against women.

It’s natural that Boyden and company want to defend their friend, yet looking at the situation objectively shows a clear imbalance of power: on the one hand, you have a famous, well-loved, award-winning male author and dozens of members of the Canadian cultural elite, while on the other side you have an anonymous female complainant with no such support network. As Carlton University professor Zoe Todd put it in a recent interview with Quill & Quire, “Who are the people who can speak for the students? They don’t necessarily have access to the same halls of power that this person does. They’re unable to refute the weight of Margaret Atwood and Joseph Boyden and other people’s words that insinuate that the main complainant in this situation is a liar.”

Atwood took her defense of Galloway one step further in a piece for The Walrus, likening the fallout from the open letter to the Salem witchcraft trials and writing: “To take the position that the members of a group called “women” are always right and never lie—demonstrably not true—and that members of a group called “accused men” are always guilty—Steven Truscott, anyone?—would do a great disservice to accusing women and abuse survivors, since it discredits any accusations immediately.”

Not only is this a bizarrely twisted translation of the oft-repeated feminist mantra “believe women”, but the mention of Steven Truscott is a complete false equivalency. Steven Truscott was a 14 year old boy without any famous writer friends who was wrongly jailed for rape and murder. Steven Galloway is a 40 year old nationally celebrated author who was terminated from his job for having a romantic relationship with a student. And as for the comparison to the Salem witch trials? Well, that was a case of mass hysteria that gutted a community and left 25 people, mostly women, dead. In Galloway’s case, a man lost his job (but not his prestigious publisher) and a few well-respected authors were subjected to some angry tweets.

If UBC’s handling of Galloway’s case shows a lack of transparency, it has at least made one thing very, very clear: Our literary heroes do not always stand up to scrutiny in the times when we need them the most. Margaret Atwood may have made a career out of writing anti-establishment feminist fiction, but there is nothing that says status quo quite like countering the phrase “believe women” —a phrase that is powerful exactly because it challenges the dominant narrative that women are sneaky, underhanded and manipulative—with a reminder that women lie. And when our most prominent cultural voices fall to using the same language as our oppressors—well, as Professor Todd said, who is there left to speak for the rest of us? 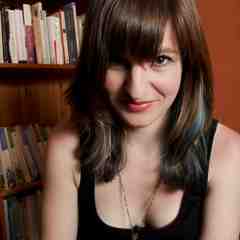 Anne Thériault lives in Toronto with her husband and young son. She spends her days teaching yoga, reading in cafés, and trying to figure out how to negotiate in toddler-ese.

As alumna of a distinguished Canadian university back in the Pleistocene, only a few years younger than Ms. Atwood, I infer Prof. Galloway was fired under the "moral turpitude" clause--rarely applied but conveniently non-specific and allowing the matter to be kept from public view.
The fact that some male professors take advantage of some female students has been an open sercret for centuries. That some female students are attracted to a male professor is not rare or new, either. (cf Héloise and Abélard.)
The crux of the issue should be whether a relationship between professor and student can legitimately go beyond mutual admiration to an affair. The ethical answer is "no" for two reasons:
1) the professor has disproportionate power--the ability to harm the student who refuses;
2) the professor has a moral duty not to play favourites and not to lead students into error. (For the moment I'm not discussing cases of coercion or force.)
The truth is, the affairs aren't all that uncommon but the firings are. Unless the couple is remarkably indiscreet, everyone pretends not to notice. But if there are other reasons why a university might want to get rid of the professor, there are in camera discussions, talks with lawyers, and eventually a dismissal with minimal disclosure of reasons.
I don't know anything about the relationship between Galloway and his accuser. I do know several women who were taken advantage of by older professors, whose involvement ranged from blatantly coerced to fully consenting. Ironically, of the two dismissals whose details I know, one involved no women at all (one homosexual prof, mainly for reasons other than student complaints) and the other perhaps more due to an equally adulterous wife in the same department since the female student involved was of age and had no complaints. The professor who was known to demand sex for passing grades (and plagiarism of students' work) retired honourably after decades in the same department.
My point is this: though I believe 99% of women would never complain falsely, we know most women never complain officially at all. Most women know many women who never spoke up because they feared, with reason, that they would not be believed and/or would be made to suffer for speaking.
I'm quite sure Ms. Atwood knows that, too. But I suspect she knows more about the Galloway situation than you or I, so therein may be good reasons why she signed that letter.
But, on the other hand, we no longer live in the Pleistocene, when paternalistic authorities felt they were entitled to make their decisions in secret and we were not supposed to ask why. Our universities are publicly funded institutions whose governance is supposed to follow certain norms. Our society has laws about many things, including employment contracts and standards of proof for allegations of sexual misconduct. In our country, neither Galloway nor his accuser should be left under vague suspicions of wrongdoing: the truth should be allowed to clarify what really happened and whether or not the firing was justified.