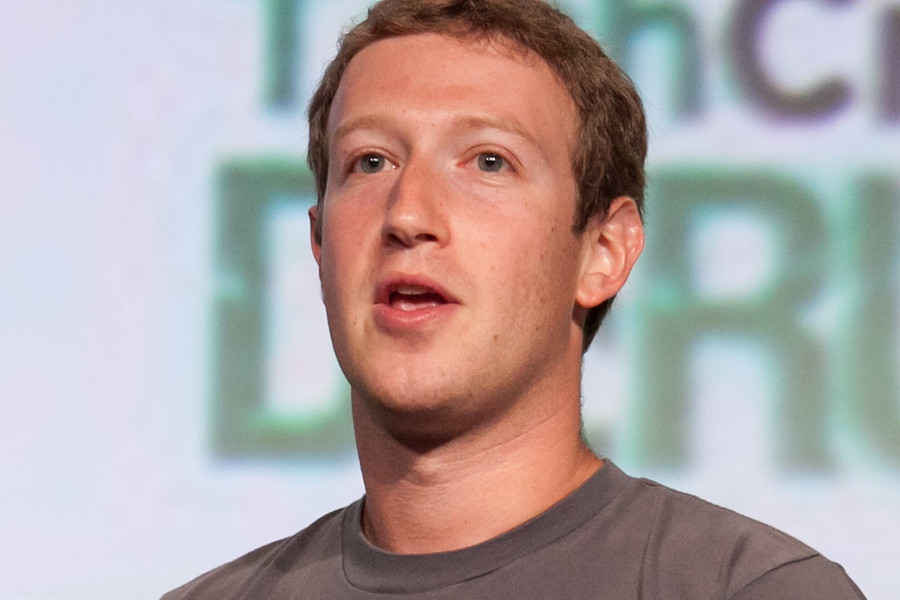 This week has been wild for social media companies: On May 26, Twitter finally fact-checked a Trump tweet about mail-in voting leading to rampant voter fraud. Because Twitter called his tweets “potentially misleading,” Trump responded by signing an executive order, saying that it will “defend free speech from one of the gravest dangers it has faced in American history.” Given that Facebook, along with Twitter, is a leading social media platform (and that the former has faced scrutiny for allowing disinformation to spread unchecked), The Daily Briefing host Dana Perino asked Facebook’s CEO Mark Zuckerberg about Twitter’s decision to fact-check Trump’s tweets. “I believe strongly that Facebook shouldn’t be the arbiter of truth of everything people say online,” Zuckerberg said. “These platform companies shouldn’t be in the position of doing that. We’ve been pretty clear in our policy that we think it wouldn’t be right for us to do fact checks for politicians in that people should be able to hear what politicians say—there’s plenty of scrutiny about politicians’ speech already, that’s what the media does.” He continued, saying that Facebook is “really strong in favor of giving people a voice and free expression.” Apparently, free expression includes allowing politicians to spread lies with impunity.

At this point, it’s impossible to argue that social media is a neutral force. Millions of people use these platforms to connect, to learn about politics and other social issues, and to network with people who have similar interests, which means that millions of people—politicians included—are bringing their values to a public forum. When Facebook first began in 2004 in Zuckerberg’s college bedroom, it was thought of as a platform for families and friends to connect, especially students who wanted to remain in contact with their friends after high school. Over time, though, Facebook has transformed itself into a platform that attempts to grab as much data from its user base as possible in order to sell it to advertisers and marketers. (Even one of Facebook’s cofounders is creeped out by what it has become under Zuckeberg’s leadership.)

While Facebook’s invasive tendencies have raised red flags, especially among people who are critical of the relationship between social media and big data, year after year Facebook continues to undermine its own identity as a “transparent” and safe platform. Criticism ramped up when Zuckerberg was grilled by congressional leaders in 2018 and, again, in October 2019 about its role in spreading misinformation and encouraging voter suppression during the 2016 presidential elections. Representative Maxine Waters even went as far as suggesting that Facebook should be broken up until it solves these issues. Other congressional leaders have also regularly criticized Facebook for refusing to take accountability for its destructive role in a presidential election: “Zuckerberg went on Fox News—a hate-for-profit machine that gives a megaphone to racists and conspiracy theorists—to talk about how social media platforms should essentially allow politicians to lie without consequences,” Senator Elizabeth Warren tweeted about Zuckerberg’s reluctance to fact-check politicians on the platform. “This is eroding our democracy.” And she’s right.

Fake news thrives on Facebook, WhatsApp (a company owned by Facebook), and Instagram because the algorithm doesn’t flag misinformation and require it to be removed. “The social network has now become an outlier in how freely it lets political candidates and elected officials advertise on its platform,” Mike Isaac wrote in a 2019 article for the New York Times. “While Mr. Zuckerberg declared last month that Facebook would not police political ads, Twitter said it would ban all such ads because of their negative impact on civic discourse. On Wednesday, Google said it would no longer allow political ads to be directed to specific audiences based on people’s public voter records or political affiliations.” Instagram, which Facebook purchased in 2012, is, as Taylor Lorenz wrote in a 2019 article for the Atlantic, “likely where the next great battle against misinformation will be fought, and yet it has largely escaped scrutiny.” Lorenz later told NPR that, “A Senate report last year found that the IRA, which is the Internet Research Agency—a notorious Russian troll farm that promotes a lot of this nefarious misinformation—actually found Instagram to be their most valuable platform.”

There’s a clear reason that Facebook resists accountability: it wants to be neutral. But that’s not possible.

Facebook has gotten comfortable with bragging about their policies around politics and their willingness to commit to self-criticism and transparency, but time and time again, they’ve failed under the uncareful eye of Zuckerberg who apparently puts profit above all else. We live in a world where sex workers can’t use Zoom and plus-size people are kicked off of Instagram because their bodies are sexualized by the algorithm. And yet, political content (even when its false) can run free on Facebook, though there are dozens of reasons Facebook should be more closely monitoring the messages politicians share. There are material consequences to politicians being able to share disinformation unchecked: Facebook was a critical component of a 2017 genocide in Myanmar. There’s a clear reason that Facebook resists accountability: It wants to be perceived as a neutral party in politics.

I don’t think that Zuckerberg is an intentionally evil monster of a man. But I do think that he’s more committed to Facebook’s growth and financial success than he is to preventing harm via the platform. Because, regardless of what the Facebook says publicly, it has to reckon with the role it’s played in allowing Trump’s messaging, and similar messaging—much of which relies on racism and white nationalism as a means of garnering votes and attention—to thrive online and make a tangible impact offline. In January 2020, the Guardian looked into more than 200,000 Trump political ads to see “how the campaign’s sophisticated social media machine targets conservative voters” and found that the Trump campaign spent nearly $20 million on Facebook ads in 2019. Last October, Trump invited Zuckerberg, along with Facebook board member Peter Thiel, to a dinner at the White House. Thiel was a major donor to the Trump campaign and has been called “the bridge between Trump and Facebook.”

Ultimately, Trump’s Facebook ads and posts aren’t neutral—and neither is Facebook. “Its professions of neutrality are at odds with how the platform really works, as well as how people use it,” Jillian York and Matthew Stender wrote in Quartz in 2016. “Like it or not, Facebook is more than a publishing platform. In order to operate ethically in the 21st century, it needs to embrace that fact.” As Trump destroys the country—the environment, trust in science and the media, and our literal lives as the United States continues to have one of the worst COVID-19 responses in the world—Zuckerberg will likely go on untouched. But his legacy will be one of a sneaky, manipulative platform that once promised access to human connection but instead proved to be little more than a safe harbor for politicians in search of power by whatever means—and lies—necessary.

Read this Next: Unzuck Your Life 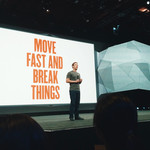 by Adwoa Afful
The rent on Facebook is just too damn high.