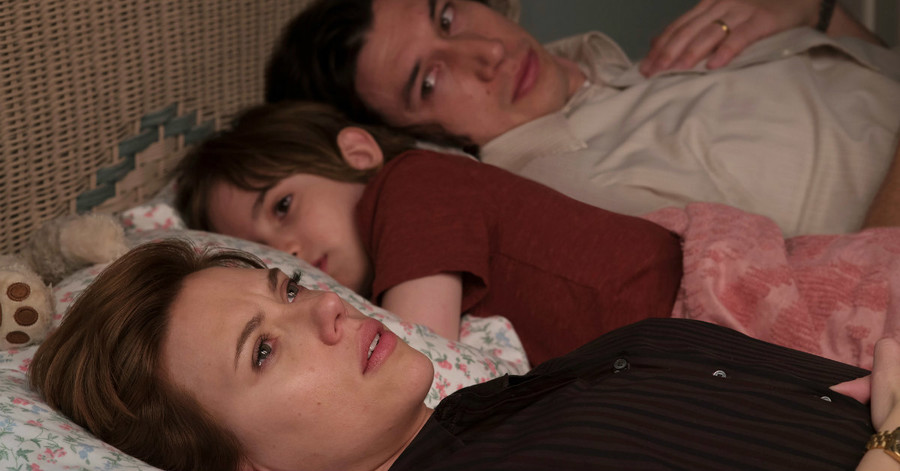 Marriage Story has a misleading title. Noah Baumbach’s Netflix film is not, in fact, about marriage, but about the legal, logistical, and emotional trials and tribulations of getting a divorce. It opens with two affectionate voiceover montages from spouses Charlie (Adam Driver) and Nicole (Scarlett Johansson), each sharing a list of habits and characteristics they appreciate about the other. Charlie and Nicole both have normal human quirks and imperfections—Nicole leaves clothes on the floor, and Charlie get frustrated during board games—but they’re both well-meaning people who seem to complement each other. We quickly find out that these mutual expressions of love and admiration are mainly expository: In reality, Nicole and Charlie are separated and sitting in front of a mediator in a beige New York City office who wants them to read their flattering inventories of each other aloud.

Since it began streaming in December, much has been made of Marriage Story’s narrative approach. Despite the internet’s inevitable debate over whose “side” the  movie is on, critics have largely praised Baumbach for his evenhanded treatment of both characters. The auteur, whose own divorce, from actress Jennifer Jason Leigh, lasted almost three years, isn’t particularly interested in the events within a marriage that can lead to its demise; instead, he chooses to explore how the divorce-industrial complex tears away at the individuals involved. There are no bad actors, really, just a bad legal process. We understand just how convenient this angle is in the first act of the movie, when Nicole tells the history of her marriage to her divorce lawyer Nora (Laura Dern).

Nicole left Los Angeles and her career as an actress to follow Charlie to New York and support his career as a theater actor–turned director and playwright. At the time, Nicole was enthusiastic about the move, but as time went on and their lives increasingly revolved around his career, she began noticing how unfulfilled she felt. What Nicole describes to Nora isn’t jealousy, but rather a feeling of emptiness—as she says through tears, she just wanted a “piece of earth that’s [hers].” When Nicole finally landed a television pilot that paid her well, Charlie made fun of the opportunity and suggested she donate her salary to his theater company. She offers other examples of Charlie’s self-centeredness, such as him never asking her what she wants to do for the day, ignoring her requests to temporarily move to Los Angeles to further her career, and failing to memorize her phone number. Her suspicion that Charlie cheated on her with his stage manager, meanwhile, is confirmed later on in the film.

Nicole’s account of losing herself in marriage affirms a gendered power imbalance that’s all too common in many heterosexual relationships. Gender inequality and ownership has always been the bedrock of marriage in the United States, but the specific notion of the “male genius” wielding unexamined, unchecked power against women has become a timely feature in the #MeToo era. One would hope that Baumbach, whose previous film about divorce—2005’s The Squid and the Whale—addresses toxic male behavior, would have something significant to contribute to this cultural conversation, particularly since Charlie is referred to as a “genius” several times in the film and even receives a coveted MacArthur Genius Grant. However, situating Nicole’s long-winded sob story at the beginning of the movie feels more like a strategic move to avoid accusations of a male-centric narrative than it does actual subtext for an audience to engage in. Baumbach presents an obvious tragedy through Nicole, but it’s Charlie who he renders a more pitiful figure as the film goes on.

Charlie’s story arc moves in the opposite direction of his estranged wife’s. With Nora’s help, Nicole is able to steer the process of the divorce, move to Los Angeles, and resume her acting career. Charlie, on the other hand, can barely keep pace with the divorce proceedings and nearly loses custody of his son, Henry (Azhy Robertson), as he struggles to find a lawyer in L.A. He initially consults Jay Marotta (Ray Liotta), a near caricature of an aggressive divorce attorney who suggests painting Nicole as a bad mother to win the custody battle. He then hires retired family lawyer Bert Spitz (Alan Alda), a genial figure who takes a more civil approach to divorce—but one that’s unfortunately too weak to counteract Nora’s more combative strategy. So Charlie returns to Marotta, digging into his MacArthur money to pay his quickly ballooning legal fees. In the midst of all this, Charlie struggles to continue running his theater company in New York and spend quality time with Henry on the opposite coast; his temporary move to L.A. results in his play shutting down.

Baumbach does a meticulous job of illustrating how dehumanizing divorce proceedings can be to the individuals involved. After feeling voiceless in her marriage, Nicole’s experience with the process is empowering; Charlie, however, is robbed of the control he’s long taken for granted. The problem with these opposing arcs is that the sympathy Charlie garners in these sad moments is never truly earned because he never reflects on the pain he caused his wife during their marriage. Instead, he defends the way he treated her, and insists that her feelings about being emotionally abused are disingenuous.

In Marriage Story’s climactic, now-memed-to-death argument, Charlie tells Nicole, “You don’t want a voice. You just want to fucking complain about not having a voice.” Some Twitter users have dismissed the scene as awkward, overacted, and unrealistic. I would argue that its realistic portrayal is what produces the scene’s cringe factor—specifically, the dismissive, patriarchal language Charlie uses, language that’s become more recognizable as women’s stories of being undermined, dismissed, and abused multiply and echo in a broader spotlight

It’s not that Marriage Story is completely disinterested in the gender dynamics at play in heterosexual relationships, and the way they reverberate in society at large. But its brief moments of commentary don’t translate to a greater message about misogyny.

Nicole’s part of the argument involved passionately but clearly articulating how Charlie has failed her as a partner. In contrast, Charlie is capable only of hurling insults and avoiding accountability: He refers to her state of victimhood as a “legal strategy” and infers that she should be grateful he only cheated on her with one woman. Then comes the frightening moment that serves as a climax but simultaneously feels underplayed. Shortly after Charlie punches a hole in the wall, he gets in Nicole’s face and says that he wakes up every morning and wishes she was dead. “If I could guarantee Henry would be okay, I’d hope you get an illness and then get hit by a car and die,” he yells, before beginning to cry, seemingly out of guilt. Indeed, Charlie’s guilt quickly becomes more important than the cruelty of his statement. The outburst is framed as a point of weakness for Charlie, rather than an act of aggression; the scene ends with the two saying sorry to each other and Nicole embracing a sorrowful Charlie on the floor.

It’s not that Marriage Story is completely disinterested in the gender dynamics at play in heterosexual relationships, and the way they reverberate in society at large. But its brief moments of commentary don’t translate to a greater message about misogyny. It’s interesting that Baumbach uses the seemingly divisive character of Nora as a feminist mouthpiece for Nicole’s frustrations. Nora emits a superficial, you-go-girl energy that feels like a wink to corporate lean-in feminism, so her persona feels preachy and laughable by the time she delivers an incisive monologue about society’s perception of mothers versus fathers toward the end of the film. “On some basic level, we accept [fathers],” she says fervidly. “We love them for their fallibilities. But people absolutely don’t accept those same failings in mothers.” If anything, this soapbox moment feels like an opportunity for Baumbach to flex his woke muscles.

As expected, Marriage Story ends on a heartfelt, amicable note. Charlie and Nicole’s divorce is finalized, and they arrive at a reasonable custody agreement. Charlie’s play gets a Broadway run, and Nicole gets nominated for an Emmy for directing—not acting, which for some reason is treated like undignified work in this film. And Charlie finally gets to hear Nicole’s letter listing the things she loves about him. What’s most disheartening about Marriage Story is that Baumbach clearly believes Charlie and Nicole deserve the same happy ending. In an interview with the Guardian, he says that by the end of the film, both protagonists “find their voice,” an assertion that presents the question: When did Charlie not have one?

Read this Next: The Myth of the Male Genius 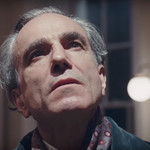