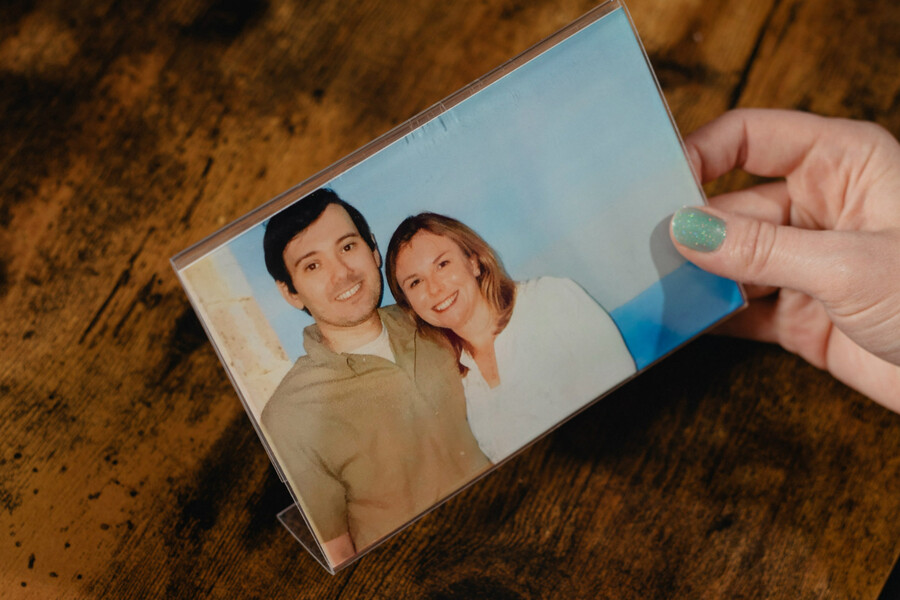 Whenever “Pharma Bro” Martin Shkreli’s name is trending on Twitter, it’s reasonable to assume there’s some awfulness afoot. In that regard, Stephanie Clifford’s recent viral piece in Elle did not disappoint. Clifford’s stated objective was to answer the question, “Why did [white collar crime journalist] Christie Smythe upend her life and stability for Shkreli, one of the least-liked men in the world?” A topsy-turvy wild ride made up of interviews with Smythe and the people in her life ensued as Clifford attempted to give her readers some semblance of an answer. But while journalists, non-journalists, and armchair psychologists alike tweeted to rightfully condemn Shkreli’s probable sociopathy and narcissism; call in Smythe’s rose-colored naivete and bonkers reasoning; and exclaim a collective “What the fuck?”, I found myself asking: Why is this the question being explored now? And who are the folks sympathizing with Smythe’s absurd display of wealthy white lady privilege as she enables a particularly calculating and vile mediocre white man?

First, some facts. Shkreli, a millennial former hedge fund manager, was sentenced to seven years in prison in 2017 for securities fraud. He was publicly villainized two years earlier in 2015 when his company, Turing Pharmaceuticals, raised the price of life-saving antiparasitic drug Daraprim more than 5000 percent, from $13.50 to $750 per pill (although, tellingly in this capitalist society, that’s not what led to his prison sentence). He smirked and grinned through his legal troubles, and remained cocky even while seated at a Congressional hearing over his price gouging. “It’s not funny, Mr. Shkreli,” the late Representative Elijah Cummings retorted. “People are dying, and they’re getting sicker and sicker.” Then, shortly after Shkreli was found guilty of securities fraud, he had his $5 million bail revoked for writing on Facebook, “The Clinton Foundation is willing to KILL to protect its secrets. So on [Hillary Clinton’s] book tour, try to grab a hair from her. I must confirm the [genetic] sequences I have. Will pay $5000 per hair obtained from Hillary Clinton.” His other misogynistic achievements include repeatedly harassing female journalists on social media, which led Twitter to suspend his account in 2017. In 2016, Turing Pharmaceuticals’ chief commercial officer Nancy Retzlaff filed a lawsuit against his former company for its “sexually hostile work environment” and alleged retaliation against her for reporting sexual harassment and assault. The BBC even called Shkreli “the most hated man in America.”

And what of Smythe, the white woman at the center of this story? There’s a lot to be gleaned about Smythe’s psychology, given that she fell for Shkreli and subsequently blew up her (by all existing accounts) very comfortable and successful life for their seemingly one-sided relationship. What does her story tell us about the dangers of being drawn into relationships with narcissists? How could Smythe possibly fail to see through Shkreli given her background as a journalist specializing in reporting on the self-serving abuses of white-collar criminals? How does she square freezing her eggs for him and waiting for his release when he clearly views her as disposable? After all, he responded to publication of the Elle piece with a pathologically discarding statement reading, “Mr. Shkreli wishes Ms. Smythe the best of luck in her future endeavors.” But as worthy of pursuit as these lines of inquiry may be, there’s another glaring question the article fails to address entirely: Who is supposed to care about and empathize with Smythe’s story in the midst of COVID destruction and societal collapse? Who is the target audience for this piece?

As 2020 comes to a close, Americans are dying of COVID by the hundreds of thousands. We’re unemployed and falling thousands of dollars behind in rent. We face eviction and homelessness by the tens of millions and are turning to food banks in ever-increasing numbers. We’re experiencing enormous mental-health challenges, which are only exacerbated by devastating race- and class-based disparities that impact who is more at risk of COVID contraction, hospitalization, and death. In light of these cataclysmic conditions, how does Smythe expect to receive anything else but anger and apathy about her declaration of love for the human distillation of everything wrong with capitalism and entitled white masculinity, especially given his specific harm to people’s literal health? If Smythe is attempting to be relatable in any way, that’s lost on me. Her disclosures of her bourgeois Brooklynite life, in which she spent her free time at “literary pub crawls” with her investment manager then-husband, fail to present her as a down-to-earth, sympathetic figure. Many may see her as an easy villain.

Elle’s accompanying high-fashion photos of Smythe adorned in buoyant gowns—“Dress, Rotate Birger Christensen. Earrings, Altuzarra,” reads one caption—also don’t do her any favors, given the lack of discussion about the economic oppression she has passively cosigned through her public love for Shkreli. This is one of the oddest parts of Clifford’s piece, which says a lot in an article sprinkled with bizarre and unmooring details: the absence of substantive attempts on Smythe’s part to account for wrapping her life around someone who has so concretely and repeatedly manifested economic and misogynistic harm. Clifford presents an account of Smythe’s convoluted and zigzagging infatuation; but not a true accounting of power and privilege. For example, Smythe tells Clifford, “[Shkreli] trolls because he’s anxious.” But plenty of people have anxiety and avoid becoming the poster boy for rampant capitalist greed. “‘[H]e really, really wants to be somebody,” she offers as a vague rationalization, but that doesn’t justify his active decision to play with sick people’s lives for profit or harass female journalists. “‘I don’t think he would hurt a woman, even a journalist,’” Clifford cites Smythe writing online, creepily tagging one of the female journalists Shkreli had harassed and somehow missing out on the irony.

Laced throughout the story are discussions of individual psyches and interpersonal relationships but notes on systemic oppression or collective disenfranchisement are nowhere to be found. The chasm left behind in failing to account for that bigger picture is wide and gaping, its absence silently haunting and undermining the whole narrative. Then again, wealthy white women covering for wealthy white men and their systems of destruction, while propping them up and avoiding accountability, is a tale as old as time. This is true at the level of Smythe’s incomplete rationalizations of Shkreli’s amorality, and it’s also true at the level of, for example, white women’s participation in the white terrorism inflicted against Black Americans throughout this nation’s history. Smythe’s apparent level of comfort with justifying, investing in, and waiting for Shkreli must be understood within the context of how she benefits from existing systems of whiteness and class-based domination, even as her internalized misogyny enables her to look past Shkreli’s treatment of women.

Who is supposed to care about and empathize with Christie Smythe’s story in the midst of COVID destruction and societal collapse?

And while Smythe attempts to redeem herself through her recent interest in prisoners’ rights—thanks, of course, to her experiences with Shkreli’s imprisonment—her stated support raises more questions than it answers. Why did it take falling in love with a price-gouging corporate fraudster for Smythe to realize the manifold horrors of the U.S. prison-industrial complex, especially given her criminal “justice” career? Why was her empathy not evoked by the disproportionate numbers of Black and brown people incarcerated for nonviolent drug offenses and crimes of survival? At least Smythe concedes the validity of these critiques, tweeting post-publication, “I wish I had taken the time to dive in. The more I have learned about the prison system, the more I wish I had learned earlier.” She also claims that she wants to  prioritize “draw[ing] attention to the [COVID] crisis in our prisons.” Yet the trauma of prison is touched upon only sparingly in the Elle piece, focused tightly as it is on Shkreli’s imprisonment in favor of a clicky exposé.

It may well be that Smythe is in the midst of an abusive relationship with a narcissist and has been lured in way over her head. But it’s also clear that the article’s failure to reckon with power is indicative of the systems of oppression Smythe is upholding. She may respond to questions on Twitter by stating she doesn’t believe in gouging drug prices, or saying that supporting single-payer healthcare is “probably the way to go,” but what do those statements really mean in the face of her enduring love for Shkreli? How can her love survive these pressing concerns without it being something distorted, something not-love? Is love really enough to silence critique? And what is love under these conditions, in denying the reality of mass suffering at the hands of your beloved? We should be able to agree that jeopardizing people’s health in pursuit of personal self-aggrandizement, whether it’s done by Donald Trump denying COVID or Shkreli denying people life-saving drugs for profit, is bigger than a personal quibble—bigger than something to gloss over in the face of love. It’s a question of basic character. At the end of the day, “The Journalist and the Pharma Bro” is not the love story we need in this time of plague and desperate inequity.

Read this Next: Ijeoma Oluo’s “Mediocre” Explores the Disaster of White Male Supremacy 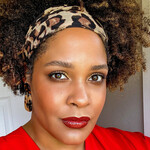 by Shannon Weber
“Mediocre” resists the naive and coddling notion that simply loving white men out of their brittle rage and self-hatred will turn things around.