No, Bucky Wasn’t Wronged in “The Falcon and the Winter Soldier” | Bitch Media 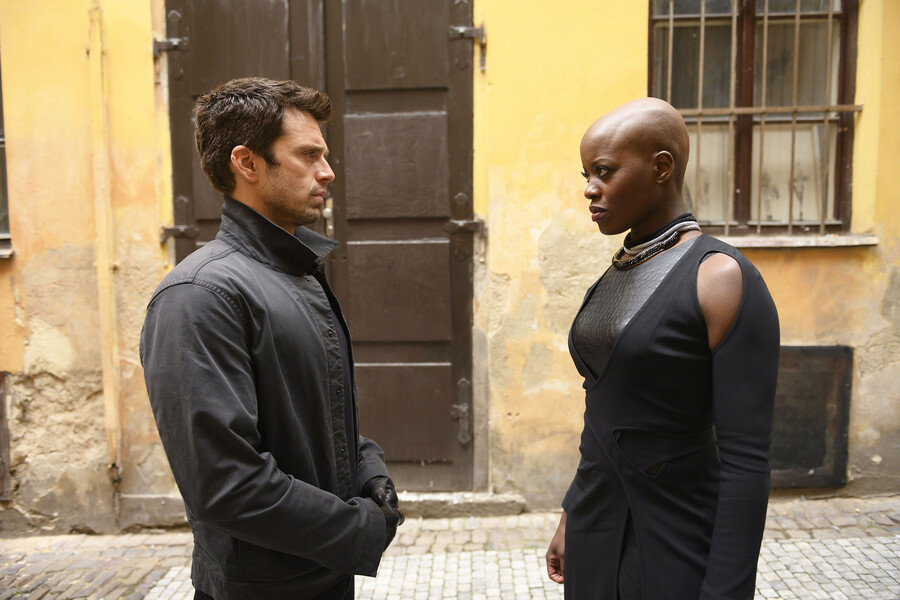 Sebastian Stan as Bucky Barnes, left, and Florence Kasumba as Ayo in The Falcon and the Winter Soldier (Photo credit: Disney+/Marvel)

As the internet ruminates on Marvel’s latest hit show The Falcon and the Winter Soldier, one scene in particular has ignited debate across Twitter: In the fourth episode, aptly titled “The Whole World Is Watching,” two of the Wakandan warriors known as the Dora Milaje enter the hideout where James “Bucky” Barnes (Sebastian Stan) and Sam Wilson (Anthony Mackie) are harboring escaped convict Baron Zemo (Daniel Brühl). Despite his past war crimes—including the murder of Wakanda’s former King T’Chaka (John Kani)—and Sam’s reasonable apprehensions, Bucky chooses to work with Zemo to defeat the series’ big bad, the Flag-Smashers. The Dora Milaje rightfully object to the partnership and show up to take Zemo into their custody. When John Walker a.k.a. the new government-appointed Captain America (Wyatt Russell) attempts to pick a fight with the Wakandan warriors, Sam warns him that when it comes to the Dora, it’s best to believe fat meat is greasy; running up will result in being done up. But Walker ignores the sound advice.

In response to Bucky’s foolishness, our good Dora sis Ayo (Florence Kasumba) does a quick move that causes Buck’s cybernetic arm to fall and hit the floor. Falcon asks Bucky if he knew the Wakandans could disable the arm that way, and Bucky, who’s in stunned disbelief, says no. What does this moment represent for white folks unnerved by the sight of a Black person—a Black woman in particular—so deftly and quickly disabling a white man’s mechanism of power and his ability to harm others at his own discretion? Well, according to a tweet by actor and director Stephen Ford, as well as hordes of commenters that initially arrived on his April 11th thread, it’s a “sad” and “messed up” moment of Wakandan injustice and unkindness of great proportions. “[Bucky] spent years trying to finally reclaim his autonomy, only to be undermined in an instant by those who helped,” Ford tweeted. (Ford has since posted that he will leave his thread up as a “monument to bad takes.”)

Many subsequent comments from other white social media users reek of white entitlement — a demand to possess all power, be it fictional or real, and wield it without Black accountability, Black brilliance, or Black self-preservation getting in their way. Stemming from that entitlement is a belief that it’s inherently unrighteous and unwarranted for Black people to temper their trust when it comes to white people. We see this type of entitlement frequently in one viral video after another where a white person does something anti-Black and Black folks responding to that anti-Black act disrupts white power, comfort, or ability. Similarly, Marvel fans are divorcing this scene from its context, pouring white lamentations for Bucky’s good arm because those mean ol’ Black people are doing what is wise, necessary, and understandable. From Nat Turner to videos of white folks’ mouths writing a “ni**er” check their behind couldn’t cash, we’re witnessing a white-wailing song as old as time.

Okay but the Wakandans putting a built-in weakness in Bucky’s arm is like really messed up. It shows they never fully trusted him. He spent years trying to finally reclaim his autonomy, only to be undermined in an instant by those who helped. It’s just sad. pic.twitter.com/fpIqpLdBtx

Such a wailing necessitates a rundown of the facts: H.Y.D.R.A., an international white supremacist, villanous syndicate, messed up Bucky’s mind, turning him into one of the most dangerous assassins in the world, as well as a slave to whomever possesses his code. The original Captain American persuaded the hidden African nation of Wakanda to share their advanced technology and superior knowledge with Bucky to free him from his brainwashing. The Wakandans let Bucky live in their protective abundance rent-free, receiving the most advanced treatment in the world without an HMO, PPO, or Medicaid. No sooner than Bucky graduated from Wakanda’s deprogramming, he helped Zemo escape prison. And when the Dora came to capture Zemo for the crimes he’d committed against Wakanda, Bucky chose to fight the Black women that freed him in order to protect the white criminal who enslaved him.

Since the birth of our nation, Western narratives condition audiences to expect, to revel in, images of white dominance and white saviors. Bucky’s backstory relationship with Wakanda may be an unsettling role reversal for those conditioned to expect benevolent white male dominance. Not even Marvel’s Cinematic Universe is totally void of white saviors and white supremacy. But Bucky is neither savior nor supreme, and his story reflects the reality of America’s historical relationship with Black people: In the same way Black people have and continue to shape America closer to the truths it believes to be self-evident—to free this murderous nation of its bloodlust—an incredible nation of Black people saved a white man from his own murderous impulses.

White audience assumptions are revealing in some of their insistence that Bucky not knowing the arm has a disabling feature is an act of Wakandan betrayal. Despite viewers knowing the tech belongs to Wakanda, it’s totally unfathomable to them that a Black woman would know more than a white man about the work done by her own people. Highly competent Black women have been facing this kind of scrutiny and doubt for centuries. Any time we display excellence, expertise, or education that exceeds the knowledge and ability of the white folks around us, it ignites white suspicion.

What does this moment represent for white folks unnerved by the sight of a Black woman so deftly and quickly disabling a white man’s mechanism of power and his ability to harm others?

Moreover, some viewers have even written off Ayo’s disabling of Bucky’s arm as an ableist display. It’s not. In a different context, a similar action would most probably be ableist, but ableism bears little relevance when considering the sequence of the MCU events that led up to this singular moment. In fact, one could argue that the unwarranted claim of ableism in this context only contributes further to the misogynoiristic mischaracterization of the Black women in this scene as being cruel or without compassion. Bucky is arguably the world’s greatest assassin, and therefore objectively dangerous. Bucky did the betraying in this case by biting the hand that fed him. To be clear, Black people don’t owe white people trust simply because they demand it be given to them. Trust involves faith, faith without works is dead, and white people as a racial and cultural group haven’t begun putting in the work to build trust or faith. From the original comic books and 2018’s Black Panther to this moment on Disney+, the existence of Black folks unbound by and unbeholden to the white patriarchal world that formerly enslaved and continues to oppress African and African-descendant people is a revelation. Ayo said it best when she told Walker, “The Dora Milaje have jurisdiction wherever the Dora Milaje find themselves to be.” It’s revolutionary for audiences to see Black women having — without white permission — the ability to give and take away. And that’s exactly what made some white viewers lose their entire entitled, prefer-their-Blacks-subjugated, misogynoiristic minds. How dare Black folks be that free?

Read this Next: Is “WandaVision” Celebrating or Condemning the Military? 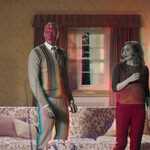 by Amelia Merrill
“WandaVision” is unsure of its footing when it comes to S.W.O.R.D. and the FBI. 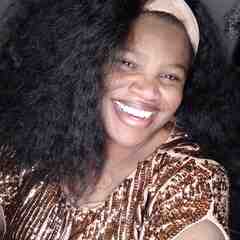 Alexandria Bennet is a single mother of two, a Black woman writer, educator, speaker, consultant, artist, voice performer and researcher. She received her Bachelor of Science degree from Northwestern University in History/African American Studies and Communication Sciences and Disorders with an Education specialty, and a Master of Science degree in (Learning) Behavior Analysis and Therapy. Her writing spans from scientific papers on learning research to poetry and thought-provoking articles on race, class, language, power, disability and culture. Twitter is her platform of choice where she also does a great deal of writing, teaching and public reflection on the aforementioned as well as on education, parenting, popular culture, politics and the everyday living of life. She’s enjoys working as a Consultant, providing individualized culturally competent sessions and trainings on anti-racism, allyship, parenting, child learning, behavior and language, and raising anti-racist children. What is she most proud of? Her beloved children, surviving the insurmountable and that her following consists of people of all walks of life, of all economics, professions, fame, non-fame, ability, disability, races, countries and cultures. She was told she couldn’t be so brilliant, so honest and so Black and still connect with people. She’s gratefully all three and has cultivated an incredible love between herself and those that experience her heart, her humor and her work.