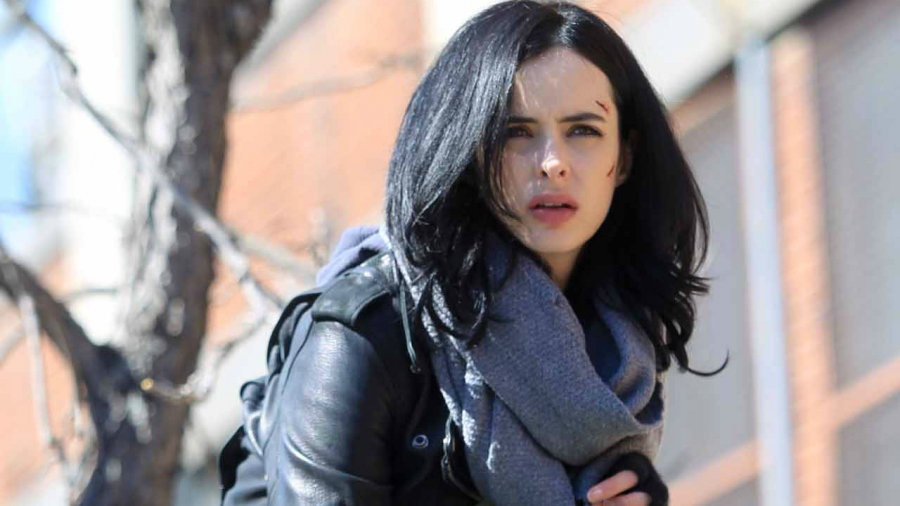 Spoiler warning: This article contains some plot details about the Jessica Jones series.

Jessica Jones is a remarkable show for many reasons. There is its heroine, Jessica Jones (Krysten Ritter), who is a complex and messy female character. There is her unshakeable friendship with her best friend Trish Walker (Rachael Taylor), that serves as the emotional bedrock of Jessica’s life. And there is its unflinching and nuanced approach to abuse and survival.

The new Netflix original series, based on the hit Marvel comic series Alias by Brian Michael Bendis and brought to the screen by show creator Melissa Rosenberg, debuted its first season last month. The series centers on private eye Jessica Jones, who does some regular sleuthing (photographing cheating spouses, serving summons to elusive defendants), but mostly spends time grappling with her past, her anger, and her role in the world—she’s got super-strength, but is loathe to consider herself a superhero of any kind. Instead, she pushes her few friends away, drinks far too much, is rude to strangers, and considers her life somewhat of a trash pile. On TV and in the world of Marvel, female characters like Jessica Jones are rare: complicated leading protagonists who don’t try to be likable for even one second. In addition to the former child star and best friend, Trish, the cast of interesting characters flesh out the show includes a fellow gifted-person Luke Cage (Mike Colter), who tries to keep his superhuman strength and unbreakable skin on the down low. But the person who commands the most energy in Jones’ life is her nemesis, the mind-controlling Kilgrave. When the show begins, we see in flashbacks how Kilgrave controlled Jones for some time, forcing her to do things that now haunt her. Even with Jones’ superhuman strength, Kilgrave was able to manipulate her mind—now, she’s reeling from the emotional aftermath of that dark time. 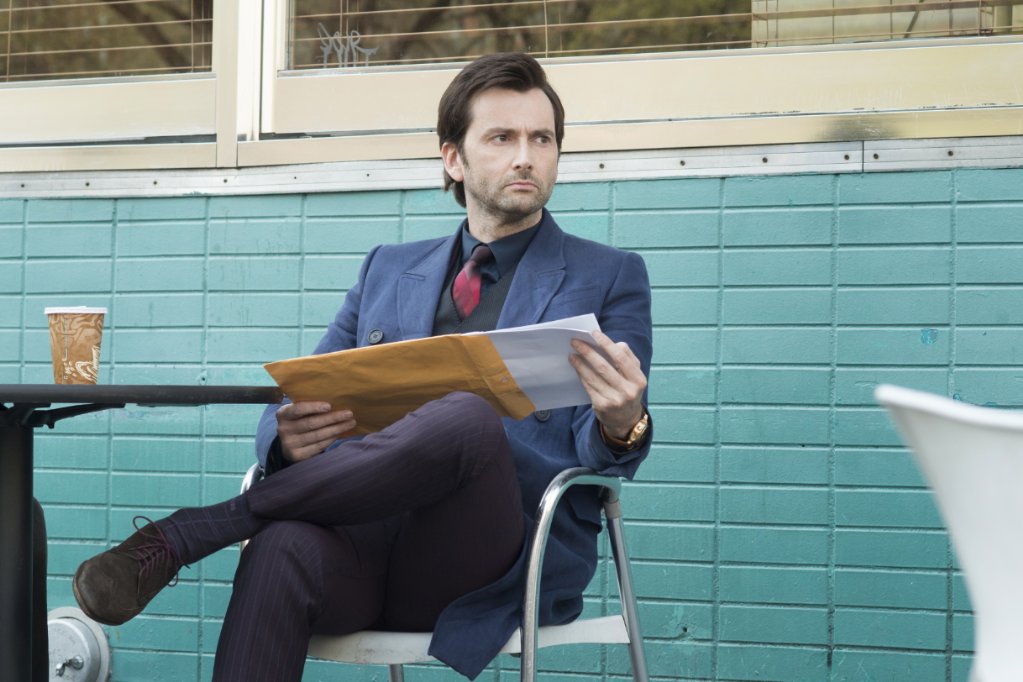 By now, many reviews for Jessica Jones are in and one of the more common points is that Kilgrave is a distinctly charming villain. Kilgrave, as portrayed by David Tennant, certainly has a magnetic element of watchability, and Tennant plays the role with relish. Kilgrave wears sharp suits, has a refined British accent and snobby tastes, convincing waiters to bring him top-shelf drinks and acquiring penthouses with a mere mental suggestion. But while all comic book villains have diabolical desires, Kilgrave’s evil plans hit much closer to home than a scheme to, say, wipe out sentient life in the universe. He’s bent on controlling lives in a much more intimate and individual way. Kilgrave is able to mind control anyone he meets for up to 12 hours. During that time, he can tell anyone to do anything—even harm or kill themselves. Viewers watching Tennant smirk and scheme his way through New York might find his performance charming, but Kilgrave himself is dangerous, violent, and entitled.

Kilgrave is the abuser that so many victims of abuse are familiar with: Everyone on the outside sees a charming, friendly, affable man. On the inside, within his relationships, he is completely and totally in control. And just like real life, he doesn’t see anything wrong with what he does. Instead, he maximizes every opportunity to be cruel and violent. Just to make a point, he’ll keep someone from blinking for hours, order a young woman to kill her parents, and literally force women to smile. Jones is just one of many of his victims—he routinely turns women into his personal slaves. In a society that pillories survivors of abuse who aren’t “perfect victims” or “didn’t fight back enough,” the show makes clear that it doesn’t matter that Jones is stronger and wilier than your average human. She can literally leap a building in a single bound, but she’s just as manipulated by Kilgrave’s powers as anyone else. She escapes his clutches only by luck and a fortuitously timed violent accident that leaves him temporarily incapacitated. 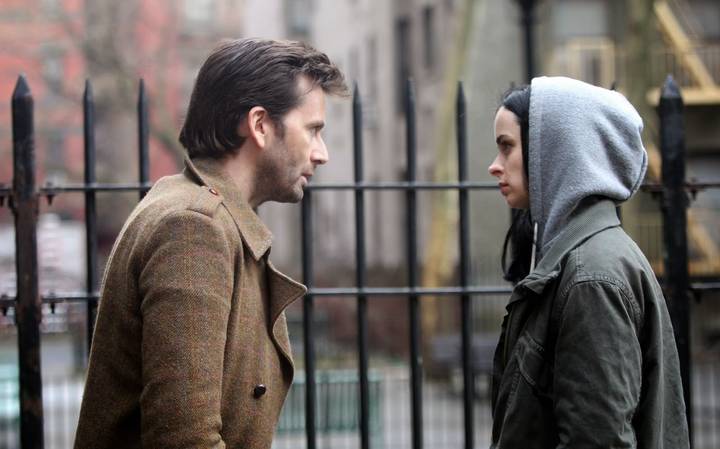 The show does a great job of naming Kilgrave for what he is. In a fantastic scene in the eighth episode, “AKA WWJD?,” Jessica puts a name to what Kilgrave did to her: rape. Kilgrave tries to argue that he didn’t intend to rape her but she swats his objections aside. She was unable to consent. She didn’t want to do anything he made her do. It was rape, and the show is unequivocal about it. Jones isn’t the only one to use this language. When another of Kilgrave’s victims becomes pregnant, she is desperate to get an abortion. She tells Jones that every minute the fetus inside her feels like he’s raping her again and again.

What might be slightly more subtle, but no less important, is its handling of NYPD Sergeant Will Simpson (Will Traval). Sergeant Simpson starts the series as another of Kilgrave’s victims—he’s sent to Trish’s apartment to kill her—but he goes on to become abusive himself. Simpson’s initial motives are understandable: He’s been violated too, had his autonomy taken away, and he narrowly avoided being forced to kill himself. But how he reacts to his trauma is to become, in Trish’s words, “violent and scary.” 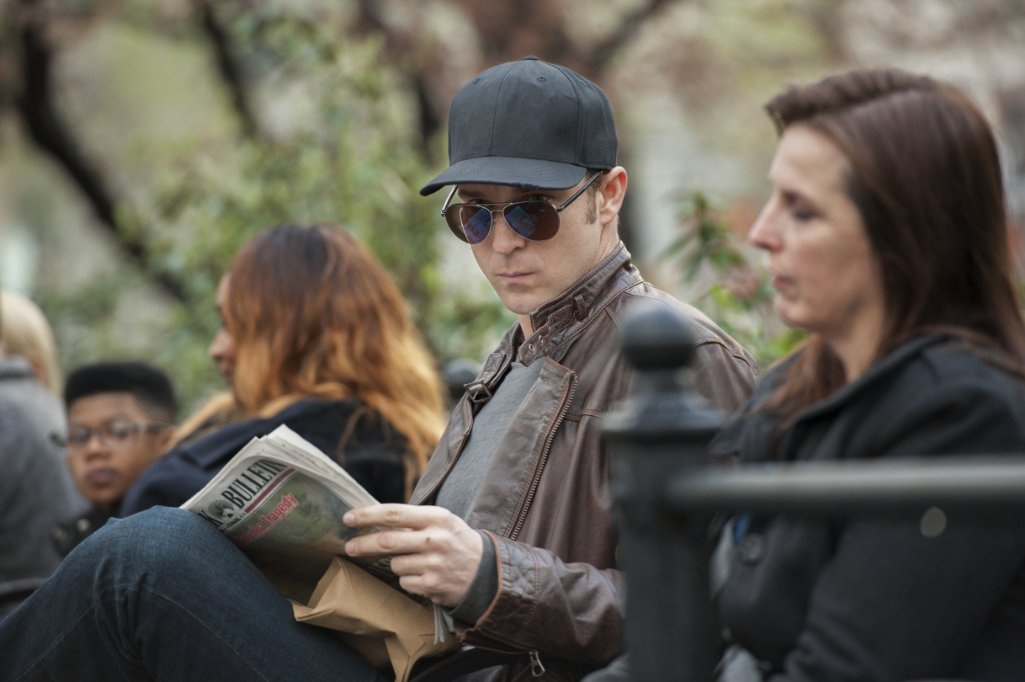 The warning signs are there early on. Under Kilgrave’s control, Simpson assaults Trish inside her own apartment. Once Kilgrave’s control wears off, he’s wracked with guilt and comes back to apologize. The problem is that Trish doesn’t want Simpson’s apology; she wants him to just leave. Trish doesn’t want to be reminded that she was attacked in her own home, or feel trapped by her own high-end security system while her attacker lingers outside. But Simpson is insistent, sitting in her hallway and talking to her through the intercom. Simpson makes his apology about his needs and his absolution, not about Trish’s needs, safety, or mental health. It’s entirely understandable, but it’s still wrong.

Simpson’s character gradually degrades from there. While he’s sometimes an asset in Jessica and Trish’s hunt for Kilgrave, his singleminded pursuit of the villain leads him to ignore the wishes and needs of both women. He claims that he’s acting only out of protective interest for Trish and for anyone who might get hurt by Kilgrave, but it’s eventually clear that he only cares most about his own need to regain a sense of control by getting revenge.

His pleading and eventual violence toward Jessica and Trish is so reminiscent of how many abusers try to frame the narrative: Their victims are “making” them violent, any cruel actions they take are actually the fault of their victim. If only their victims would accept them, or treat them better, or fix them, they would stop being violent. But continuing in the theme of the show’s defiance of a black-and-white, good vs. evil narrative, just because Simpson is pursuing the archvillain doesn’t mean that he is a hero himself. Being a victim of abuse doesn’t entitle him to abuse others. 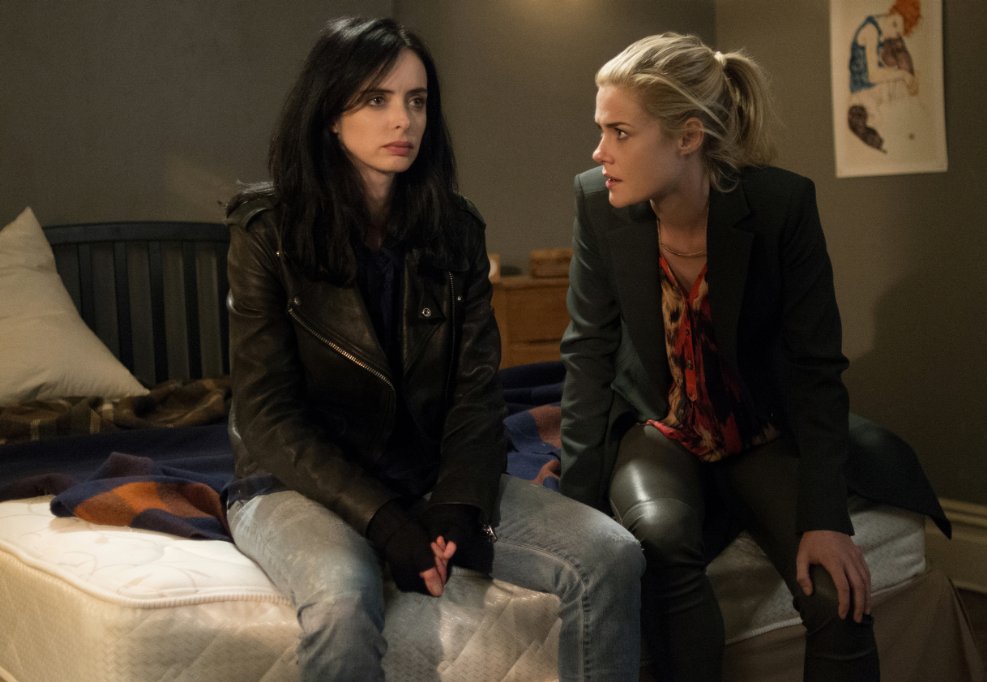 Simpson and Kilgrave certainly have different motivations for their destructive actions. But, as Jessica points out, intent doesn’t matter. Their actions and consequences are what matter. That’s an important distinction that needs to be made at a time when courts and media alike dismiss many real-life cases of abuse because the abuser “couldn’t know” what they were doing was wrong. Violence is a symptom of a culture that indulges bad behavior as being inherently and unavoidably part of masculinity, or even a romantic expression of desire and protectiveness.

Jessica Jones refuses to let those excuses slide. It condemns abusers even as it acknowledges their reasoning and motivation. Kilgrave is not charming, once you know who he really is. Simpson is not just overprotective, once you see what he’s done. Reasons change; abuse is abuse. When abuse is more identifiable, we have multiple ways to discuss it and deconstruct it. Just like Jessica and Trish, when we can name this behavior as abuse, we’re better equipped to support each other and fight back against it.

Steph Yang is based in Boston and writes about women in sports and media.

"Being a victim of abuse doesn't entitle him to abuse others." -- Something the US needs to learn (after 9/11) and that Israel needs to learn.