Me Who?Debbie Harry’s “Face It” and the Challenge of Addressing Outmoded Rape Narratives 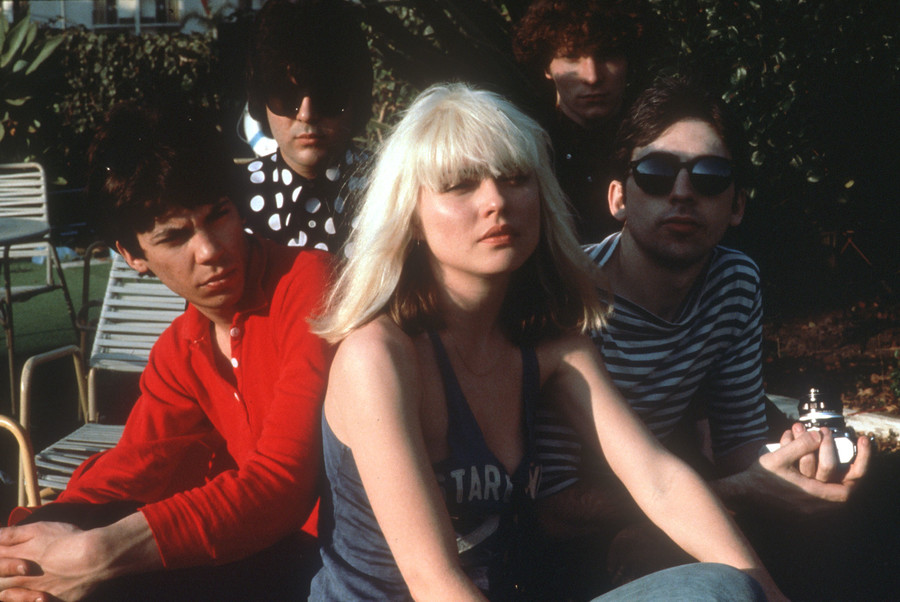 I listened to the radio a lot growing up in the 2000s, as many of us did and few of us still do. Somewhere in the mix of pop and rock classics, I picked up the lyrics to “One Way or Another” by Blondie. I knew the band name, and I knew every word to this particular catchy tune, but I couldn’t tell you much more about the five-person pop-rock-disco band.  I am now, of course, humiliated by that detail of my ignorant tween years, but it’s the truth. And that holds true for much of my generation. But as of October 1, Blondie’s lead singer Debbie Harry—now 74, her platinum hair bright as ever—is back in the spotlight with the much-anticipated autobiography Face It: A Memoir. Though it surely would have garnered outsized media attention regardless, the release of Harry’s memoir coincides with that of books marking the two-year anniversary of the #MeToo movement going global, including Ronan Farrow’s Catch and Kill: Lies, Spies, and a Conspiracy to Protect Predators and Jodi Kantor and Megan Twohey’s She Said: Breaking the Sexual Harassment Story That Helped Ignite a Movement.

Harry’s recounting of her remarkable life as a musical innovator and era-spanning sex symbol resonates as part of a larger consideration of what has and hasn’t changed since 2017’s first bombshell New York Times exposé. Though the band carved out its own stylish, post-punk niche on the pop charts with two earlier albums, Blondie’s rise to big-time fame came in 1978, with the release of Parallel Lines. Rolling Stone’s June 1979 cover featured a grainy photo of the band—the four men clad in black and Harry, in a red dress with her arms wrapped seductively around guitarist Chris Stein—alongside the headline “Platinum Blondie.” The band’s tight, technical sound made Blondie, along with bands like Talking Heads, pioneers of the New Wave. There’s no question, however, that the band’s willingness to cede the spotlight to its charismatic, unabashedly sexy frontwoman was a defining part of its success.

Pre-Blondie, Harry supported her musical ambitions waiting tables at New York City’s Playboy Club, clad in tight corsets and bunny ears. She speaks highly of her time there, articulating the power she felt in using her overt sexiness to achieve success in a time when women were barred from many professional fields and needed male cosigners for bank cards or mortgages: “Being a Bunny involved a rare combination for a woman in the workplace,” she reminisced to a fellow ex-Bunny in 2011. “It was an unusual perception of women that they could be beautiful, feminine, and very sexy, and at the same time ambitious and intelligent. At Playboy, those women had a place where they could use those attributes to make money—and also be really valued as employees. Bunnies were the Playboy Club.”

Harry’s work as a Bunny ended up translating well to the equally male-dominated music scene, where she leveraged her sexuality to further her success in a binary world that was always going to reduce her to it. In the 1980s, when MTV ushered in an era where image was everything, Harry’s tough girl–meets–pinup allure became more visible than ever. For Harry, the persona “was an inflatable doll but with a dark, provocative, aggressive side,” as she writes in Face It.  She established her own definition of womanhood, and of acceptability, in a time when male-dominated media defined that for everyone else: “Sex sells, that’s what they say, and I’m not stupid, I know that. But on my terms, not some executive’s.” Even the band’s name was a reclamation of the catcall she heard most commonly—as if to say Fuck yeah, I am Blondie.

Reactions to Face It have been a mix of awe and celebration, as well as nostalgia for a grimier, pre-gentrification New York. But much of the book’s buzz has, perhaps not surprisingly, centered around some of the memoir’s darker moments: namely, the sexual violence Harry experienced. She recounts decades-old events like being stalked by an ex-partner who broke into her apartment, put a gun to her head, and threatened to rape her; being locked in the car of a man whom she swears was Ted Bundy and escaping; and being tied up and raped at knifepoint in then-boyfriend Stein’s apartment by a man who robbed them of their equipment. “I can’t say that I felt a lot of fear,” she writes of this last incident. “In the end, the stolen guitars hurt me more than the rape.” She ultimately moved on simply because that was the only option she had. “I had to consider what was important to me, and being a victim was really not who I wanted to be,” she told a reporter from the Guardian.

Naturally, this has sparked questions from reporters and fans and a general sentiment of surprise. Talking with the Philadelphia Inquirer recently, she noted, “I wasn’t assaulted. I was threatened with a knife, and the dirty deed was done. And then it was over. I was victimized and I’m angry and all of the emotions, and I cried, and I talked to Chris [Stein]. But I wasn’t brutalized and I think that for women who are brutalized it’s much, much more serious.” Her brisk, practical attitude towards the event comes across as strikingly—and unapologetically—retro. But what could be interpreted as a blasé attitude toward a horrifying event comes across as a distinct way to cope with the inherent violence of being a woman in the 1970s.

How do we leave room in the conversation about sexual violence for those who didn’t benefit from today’s evolving cultural context and increasingly sophisticated language?

In the two years since the advent of the modern #MeToo movement, stories about sexual violence regularly populate our daily consciousness. Constant news cycles, breaking stories, and a seemingly endless series of allegations have provided us with a vocabulary with which to discuss what we now shorthand as “#MeToo stories.” We talk about victim-blaming and power dynamics and the sexual politics of having a body that others feel entitled to. In this environment, we have become accustomed to hearing stories of sexual violence in a way that fits today’s mold. And we also see, though not often enough, consequences for the perpetrators of harassment and assault, especially after their high-profile identities are revealed.

Last year, The Orwells announced their breakup after the release of a “mounting” list of sexual-assault allegations against the band; Sigur Ros’s drummer resigned after similar allegations. More and more sexual assaults are being taken seriously; more and more survivors are encouraged and supported in telling our stories—knowing that somewhere among the wreckage, there is a solace and, particularly online, a community of care and believing. So where does that leave victims of sexual violence whose experience preluded the language we have now? Where does that leave women like Harry who knew that there was little to do but move on? The generational divide between us and them creates the situation we see here: an inability to accept a woman’s story and experience for how she felt it at the time that she did.

When Pretenders frontwoman Chrissie Hynde came out about her own rape when doing publicity for her 2015 memoir Reckless: My Life as a Pretender, she described herself as “naive” and taking “full responsibility” for what happened to her. “You know, if you don’t want to entice a rapist, don’t wear high heels so you can’t run from him,” she went on to tell the Sunday Times. Hynde’s comments drew angry responses that accused her of cosigning victim-blaming, as well as more sympathetic ones that expressed that no one is ever to blame for their own assault. And while that’s completely true, it’s important to understand that we risk alienating ourselves from the nuance of sexual violence and cultural change when we discredit the very voices that speak from our own past. 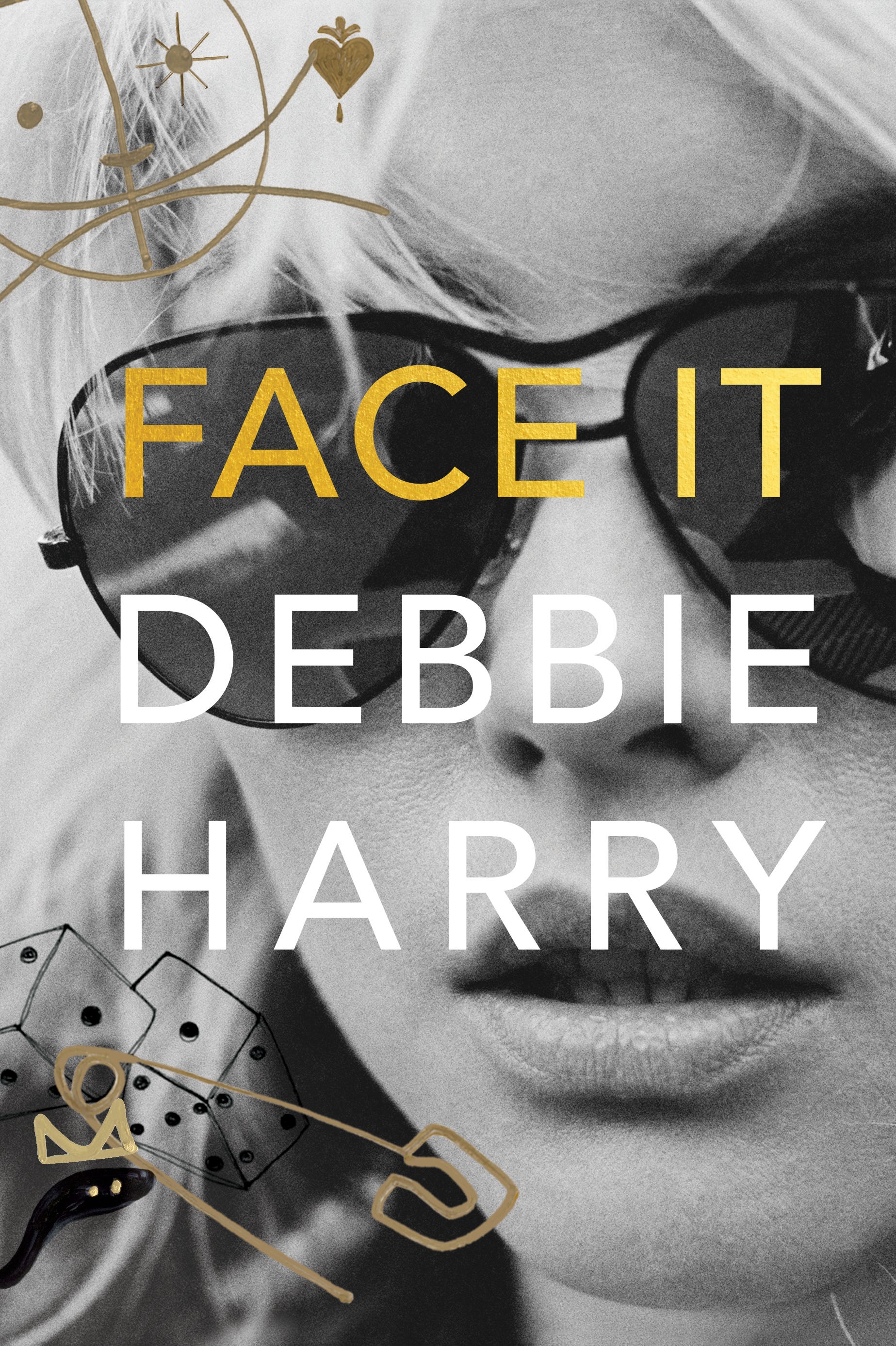 When I read Hynde’s story, I hear my mother’s voice. She is telling me not to wear headphones at night; to avoid that empty street, even though it’s a shortcut home; to wear comfortable shoes, just in case; to hold my keys in my hand so I’m ready. An assault will never be my own fault, but these small actions seek to reclaim even the smallest amount of power on a dark street that threatens to take it all away. The lesson she tells me is a generational one, but it is also, sadly, evergreen. What can women do to reclaim power when we are aware that anyone can take it away in a moment? Both Harry and Hynde give us their answers, and it is up to us to inscribe those into our own.

The urge to superimpose the cultural context of today, which we see as innate to this conversation, threatens to erase the truths of the past—and, further, to muffle the voices who speak those truths. Do we do so because of fear that stories like Harry’s or Hynde’s might imperil the small amount of progress we have made? How do we leave room in the conversation about sexual violence today for those who didn’t benefit from an evolving cultural context and increasingly sophisticated language? We cannot insist on a better understanding of the nuances of power that allowed for sexual coercion and abuse and then flatten those same nuances out of history.

One writer describes Face It’s detached accounting of Harry’s life as leaving “no room for shock, sadness or vulnerability.” I disagree. Harry’s vulnerability lies in sharing her stories with no more than the bare truth of the way she felt them. 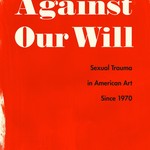 by Dahlia Balcazar
"Against Our Will" challenges us to witness without looking away, exploring sexual violence as a discrete subject of American art with unflinching analysis.