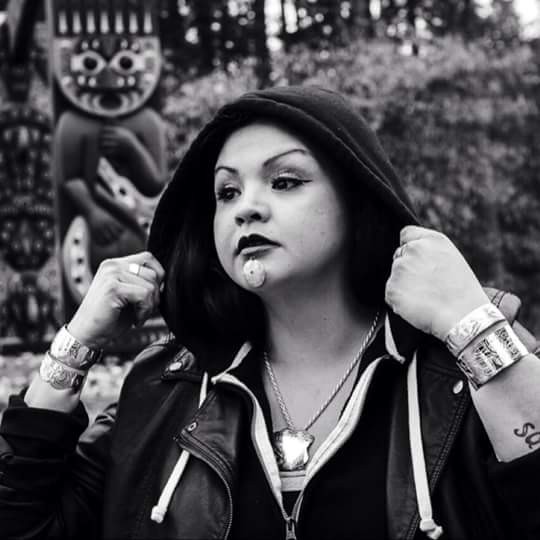 This past summer, Canadian indigenous rapper and member of native rap collective First Ladies Crew Christie Lee Charles (aka “Miss Christie Lee” or “Crunch”) joined environmental groups, activists, and actor Jane Fonda at a rally against increased tanker traffic and oil pipelines being buried across traditional indigenous lands. With her performance, Crunch had an audience of predominantly grey-haired former hippies captivated, with women skipping and dancing in a circle to her music.

Ten years ago, artist Jerilynn Webster helped found the indigenous hip hop collective in East Vancouver. Now, the collective, including the core members of Webster (who goes by the stage name “JB the First Lady”), Crunch, and the duos Rapsure Risin and Dani and Lizzy, are a key part of a growing force of Canadian indigenous women who are using hip hop to stand in their power. “For us to be where we are today—when both of my grandfathers went to residential schools and overcame genocide—for me to be making statements, and for people to be asking for my opinion and what I think should be happening, because of hip hop music, I feel so honored,” says Webster, who has a calm voice and remarkably suave flow. “I feel I bring a sense of compassion to what I am talking about and how I am presenting it.”

Webster says she’s more focused on using her music to empower young indigenous women and bring awareness—albeit with a lightness and pop sensibility—than she is on getting radio play. The First Ladies’ styles contrast with the gangster rap espoused by Canadian indigenous rappers like War Party, who helped build a solid native rap scene starting in the 1990s. Webster sees it as important to tell the stories of struggle and crime happening on reservations, but also aims for her music to be accessible and dynamic while digging into deep issues around history and identity.

“We are unpacking colonialism,” says Webster. “And I feel like the things that I talk about in my music, people are just learning. [They] are craving the teachings that are starting to happen about seeking justice for indigenous people.”

But at a time when you can say most anything in many mainstream hip hop songs, Webster says there is still resistance to the First Ladies’ music. The issues she and the other members of First Ladies Crew rhyme about are uncomfortable aspects of Canada’s dark history and current racial realities: JB the First Lady has songs about suicide and murder of indigenous women, and Crunch derides the exploitation of her culture and ancestors’ names. “Unlock your eyes. Unlock the lies,” raps JB the First Lady on one track.  “I wanna walk the whole damn world,” she sings on another. “My stolen sisters, where did they go?”

Even within the aboriginal hip hop community, there was some initial reticence to softer female voices talking about hard issues—and skepticism about their skills. ”Hip hop in general is a man’s world,” says Christie Lee Charles. “So it was hard as indigenous women, especially as young indigenous women.” But in the last few years, the First Ladies Crew members have been gaining notice both within and outside of their aboriginal communities as part of an uprising. Their audiences are bearing witness to the traditional sharing of aboriginal oral history through new music.

“We aren’t just rappers, we aren’t just MCs,” says Charles. “It’s not just us telling our stories. I am not just up there [on stage] spitting an ill verse. I am up there sharing our oral history.”

The First Ladies are encountering an interesting time on Canada’s timeline: Past wrongs against the nation’s aboriginals are being more openly acknowledged. For years, indigenous children in Canada were taught to deny their culture through a residential school system. The last residential school closed only a decade ago and, after a five-year inquiry, the process was deemed “cultural genocide” in 2015. Further, voters and activists have called on the Canadian government to address the thousands of indigenous women who have gone missing or been found murdered over the last decade. (The newly elected government under Prime Minister Justin Trudeau has promised an inquiry.)

In the Rapsure Risin song “The Lights Go Out,” Sto:lo Nation members Carrielynn Victor (who goes by the stage name Numinous) and Theresa Point (also known as Apt Exact) touch on the terrors of residential schools. To a techno beat, they rap: “There’s more than you and there’s more than me / And if you need some more convincing, spend a night alone in a residential school building.”

In a sentimental tribute song for missing and murdered indigenous women, Dani Nelson—half ofthe duo Dani and Lizzy—softly sings: “Have your fears and your pain gone away?”

Crunch has a low-key and smooth vibe to her music. She raps in English as well as the nearly extinct Musqueam dialect of Halkomelem, a privilege bestowed by the elders in her community. “Now in these times, I can spit these straight rhymes, ain’t committing no crimes,” she raps on her song “Experience.” That lyric is in reference to the Canadian government’s Potlatch Ban, in place from in 1885 to 1921, which forbade aboriginals from practicing cultural rituals at risk of arrest and incarceration.

The empowerment of the First Ladies is deeply rooted in the matrilineal nature of indigenous culture. “For me, JB the First Lady is bringing First Ladyship back to the rightful owners: indigenous women of Turtle Island,” said Webster. She speaks in reference to the role of aboriginal women in traditional politics and society and the legend about the creation of the earth by a female figure. “Not the queen, not the president’s wife, but indigenous women. That’s my name and that’s what I want to bring forward.”

Offstage, Christie Lee Charles and several other members of First Ladies Crew serve many roles in their community as cultural ambassadors. As a descendent of some of the first residents of Vancouver, Charles performs and talks about aboriginal history and identity at local schools through an affiliation with the Vancouver School Board. She also conducts various hip hop workshops at community centers and other venues through the Salish Coast chapter of Zulu Nation to get more people involved in the art form. Zulu Nation, as a global organization, aims to bring together the various cultural and ethnic groups within the hip hop world.

Webster does similar outreach work within the community and at schools. In one week last year, she performed at a Vancouver screening of a documentary about indigenous people in British Columbia, spoke about the aboriginal experience to a provincial nurses’ union, and visited a high school to talk about her culture and her art.

Ten years after their collective got rolling, the First Ladies are hard at work. JB the First Lady, who has three solo and two duo albums under her belt, will be releasing a music video in the new year about missing and murdered indigenous women. This month, Dani and Lizzy released a song with Vancouver’s 604 Records. Crunch has a free downloadable single coming out on December 21. For Webster, it is all about keeping the hustle going while empowering others. “I am a single mother and I made five albums in seven years,” she says. “So people get on whatever amazing gift that you have because you have so much amazing time. Dedicate, invest in yourself, because when you do, beautiful things happen.” 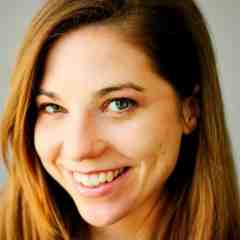 Caroline Dobuzinskis is a freelance writer who covers topics related to art, architecture, civic engagement and urban development. She also likes to stand on her head. She lives in Vancouver, BC.