Meet Your Match7 Dating Apps For the LGBTQ and POC Community

Dating apps have gotten so particular that you can be matched with a valentine based on your mutual love of dogs. Puppy love is great, but we also need apps that create better and safer dating experiences for people of color and the LGBTQ community. The process of sifting through apps that fit you can be a continuous trial and error, especially for nonbinary folx. Corporations have yet to make a sufficient and popular app for all communities, but these new niche apps help users lower the risks of encountering fetishization and discriminatory interactions within chat rooms, while creating a safe place for marginalized people to find allies and possible partners. These apps have the potential to make dating better than Tinder.

1. Sort by Race to Mix or Stick with Your Community

Vu Tran started Color Dating to normalize interracial relationships. The app allows you to set age limits, select a location nearby or around the world, and use the left-right swipe design to select people. As an Asian man in the dating scene, Tran experienced constant rejection due to racial barriers. “Race is part of one’s physical attributes, and although people don’t like to talk about it, it undeniably plays a huge part in how someone selects their partner,” Tran told Forbes. “By giving people an outlet and promoting a community of individualism, we see that all ethnicities on our platform get roughly the same amount of matches.”

2. Preselected Matches Based on You

Sisters Arum, Dawoon, and Soo Kang were offered $30 million for their dating app on Shark Tank in 2015, but they declined the investment The Kang siblings started Coffee Meets Bagel to serve women, men, and the LGBTQ community by helping them find their perfect match. In a Geekwire article, they explained, “If we can attract and retain women, we can essentially enhance the experience for both genders.” Their algorithm was inspired by Arum’s coursework on social networks at Harvard. The app curates a certain amount of matches for each dating pool per day, and like Bumble, a popular dating app, women initiate the interaction with their matches.

4. Match with Someone in Your Life

Didier Rappaport created Happn was created by to bring dating apps back into reality. Select a prospective match from people they have already passed in real life. From there, the app organizes your matches in chronological order and based on the frequency of your meetings. Matches are notified when each user independently likes each other’s profile. “We are not offering people the ability to only make love, because in the past it was just a huge lie—there is no algorithm that makes finding your love because you checked the right boxes with someone else,” Rappaport told Business Insider. “We just provide people the ability to meet each other . You can only meet the people who are around you at the right time, at the same time, like you. It’s very easy, simple in fact.” The app is popular in major cities, including London and New York.

Eshq is a dating app for Muslims to connect through shared religious and ethnic experiences. The app is similar to Dil Mil, but the mission of the app is to empower Muslim women by allowing them to make the first move. Mariam Bahawdory, the founder and a first-generation Afghan American, told NBC News that she created Eshq to “promote women stepping outside of their comfort zone and join the shift of Muslim women speaking out, being self-made, and not standing around like a trophy that is waiting to be swept off her feet.”

Clover is a Canada-based dating app that uses a formula to decrease swiping and increase dating. The app has multiple filters that match users with “mixers” to meet people with similar interests. Also, the “on-demand” setting let’s you find people who are seeking an immediate in-person date. Its best feature is filtering the type of relationship you are seeking, such as long-term or friends-with-benefits. Clover gives users the power to know what they’re getting into.

Her was created for the lesbian, queer, bisexual, and bicurious community. The app includes info on local and global LGBTQ community events and news, and can also widen online support systems through group chats. Her also includes the ability to add relationship status, which can be useful for people who are simply looking for friends. 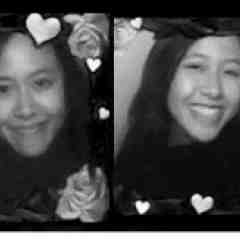 Lillyanne Pham is a sophomore majoring in sociology at Reed College. Her career pursuit is in international news as an in-depth reporter. She is currently working as an Oregon certified Sexual Assault Prevention and Response Advocate and a Peer Career Adviser at Center of Life Beyond Reed. Most of her projects revolve around supporting and empowering low SES and POC students. Meanwhile, she coordinates Reed Open Mic Night every month and presents a spoken word series called Raised by Refugees. 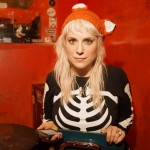