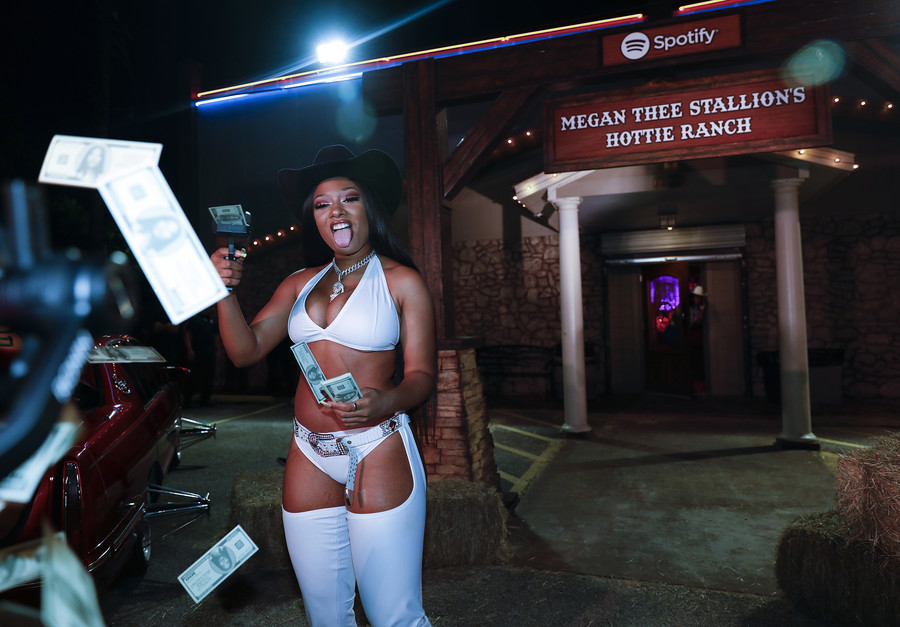 When Megan Thee Stallion performed “Realer,” the opening track on her new mixtape Fever at the Fillmore in Philadelphia on Friday, May 17, she bounced back and forth in the middle of the stage as thousands of fans lit up the venue with their cell phones and bounced along with her—waiting for the beat to drop. Fever had only been released 24 hours before, but her audience rapped along, bar for bar, as if they’d had days to memorize the lyrics. “Ay, say, nigga, I don’t wanna talk/ Meet me at the bank, show me what you really ‘bout/ Niggas ain’t real when the shit really count/ That’s why I keep my lil’ cat in they mouth,” Megan—and her audience—rapped in a commanding tone, a testament to the infectiousness of Megan’s “hot girl” mindset.

What is it about Megan and her music that turns skeptics into believers? Fever, like her past projects Make It Hot (2017) and Tina Snow (2018), oozes with confidence. She delivers revelations that women need to hear, especially when they’re often gaslighted and convinced they should settle for less. There are witty quips about owning sexual desires, having guilt-free twerk sessions, and clapping back at nonbelievers over hardcore Southern hip-hop beats that are true to her Houston roots. The project’s cover art borrows from Pam Grier, an icon who forcefully fought off bad guys in blaxploitation films Coffy and Foxy Brown. Women always need heroes who inspires them to maintain their sense of self without compromising—and Megan has made this her brand through her defiant lyrics, assertive delivery, and the ways in which she owns her narrative through social media.

The 24-year-old began spreading her gospel in “The Houston Cypher,” a freestyle that went viral in 2016. Since then, Megan has built her fan base with other freestyle videos—this one from March is featured on the mixtape as the “Running Up freestyle”—in a time when some fans question if mainstream hip-hop artists can still rap on the spot. But Megan is a student of the rap game, having studied the flows of Pimp C and the Notorious B.I.G. and being mentored by hip-hop great Q-Tip. And her late mother, also a former rapper, coached her in her studio sessions, as seen in the first episode of her “Hottie World” series.

“I really take myself seriously,” Megan told Dallas’s 97.9 The Beat radio station. “Like rapping is what I really want to do.” But her rap skills aren’t the only thing that makes her a star: She’s also clever about marketing, tapping into the social media hivemind that drives artist’s success these days. Her twerk dance challenges, Hottie Parties, and friendly texts about her new music are just some of the ways she engages fans. Thanks to her team’s efforts, Megan’s lustful banger “Big Ole Freak” from her Tina Snow EP is rising up the Billboard Hot 100 chart, putting her on the same level as Cardi B, City Girls, and Lizzo—the only other women rappers with songs on the Billboard charts right now. Megan is living the dream, which used to require women rappers to get a cosign from a male rapper or a male-dominated crew before being given opportunities. But that time is slowly coming to the end—and Megan knows it.

Other rappers, like Tierra Whack, Cupcakke, and NoName are also benefiting from this new economy, releasing albums independently or on smaller labels where they have more artistic and creative control. “Ain’t no nigga put me on/ Hoe I earned all my respect,” she raps on “Pimpin.” Building on this momentum, Fever arrives with new tracks that will heat up charts and speakers this summer. The project is a state of the union address for Megan’s “Hottie” nation and includes rules of engagement, such as always prioritizing sexual satisfaction. After all, confident sex talk is necessary in a world with a female orgasm gap.

Throughout the mixtape, Megan is explicit about her love for cunnilingus. Again on “Pimpin,” which samples Memphis rap trio Three Six Mafia, she raps, “Lick, lick, lick, lick, lick, this is not about your dick/ These are simply just instructions on how you should treat my clit.” On the pulsating “Sex Talk” she knows exactly what’ll make her climax: “Imma bust, quick if his lips soft,” she raps. And on “Shake That,” she states, “I want a nigga that eat like a Q,” making reference to men who are members of the Omega Psi Phi fraternity. Always knowing your worth in business and walking away when anyone tries to sell you for less is another rule of engagement for hotties. On “Realer” Megan raps, “Got that big budget with no major deal/ Don’t wanna fly out to go eat a meal /I am not signing for less than a mil/ If you don’t like it, then fuck how you feel.”

Fever is a state of the union address for Megan’s “Hottie” nation and includes rules of engagement, such as always prioritizing sexual satisfaction.

When it comes to relationships, hotties should always know they are the crème de la crème and only be committed to guys who know that too. “If a nigga bags me, you know he a winner, ah,” she croons on “Best You Ever Had.” And though women, especially Black women, are demonized for twerking, Megan created “Simon Says,” an instructional dance track that gives us permission to move our bodies freely. The chorus goes as follows: “Simon says put your hands on your knees, ayy/ Simon says put your hands on your feet, ayy/ Simon says bust it open like a freak, ayy.” Megan knows that hotties work hard and should, therefore, play hard and dance as they please without being concerned about the male gaze. Overall, Megan’s music is refreshing for women who need an escape as it stands in direct opposition to an idea that women are to be seen and not so much heard.

Despite the headstrong persona exhibited on Fever, Megan is still subjected to old school misogyny. She cleverly claps back to critics on social media and defends herself when she faces sexist critiques like: Is her body natural? Is she really a fan of anime? Does she really write her rhymes? Why does she rap so much about sex? But popular rappers, both male— Ludacris, Juicy J, Plies—and female—Lil’ Kim, Missy Elliot, and Trina—rap about having sex and enjoying it. Megan is an extension of that tradition, but male rappers are given free rein to have sex and talk about sex without being perceived as a “ho” and “slut” in the same way that women rappers are.

Megan’s willingness to defend herself is one of the reasons that she appeals so much to her fans. “Like, you can only rap about peace and ‘Kumbaya’ and you’re supposed to be such a lady,” she told Mic in November 2018. “I’m not scared to say what’s on my mind. I’m not scared to say what I want to do. If the boys can do it, we can do it too.” Megan’s mother has been teaching her to stand her ground since childhood. When Megan faced bullying in elementary school, her mother shut it down immediately. “She’s like, fuck them, you the shit,” Megan recalled in a vlog last year. “They hating on you because you’re bad…So I really got my boost from my mom.” Thanks to her mom, who died in March 2019, Megan is holding her head high in the face of naysayers—and taking over the rap game. The future of rap is feminine and assertive and Megan is creating the new rule book.

Read this Next: Raw, Real, and Uncut 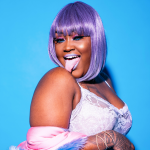 by Chanelle Adams
It’s possible to be Christian, sexually freaky, emotionally intelligent, moody, and political at the same time.