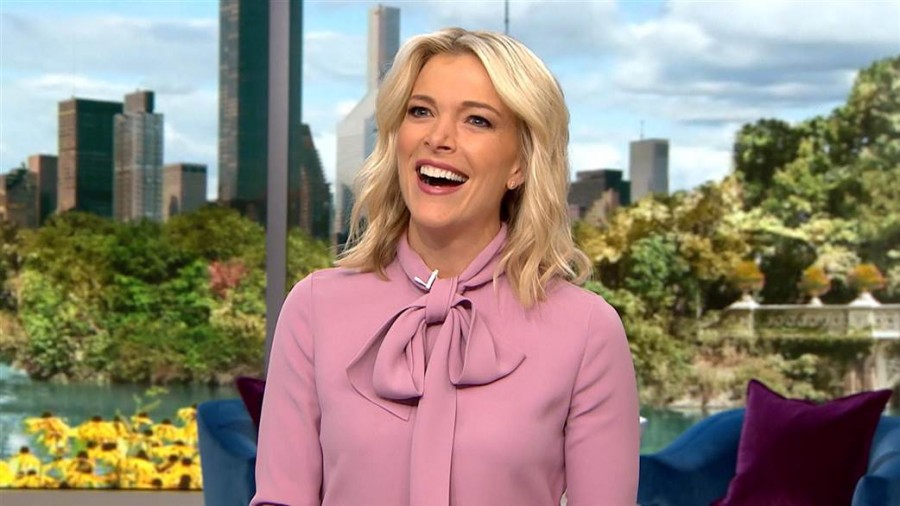 After the flop of her summertime newsmagazine program Sunday Night with Megyn Kelly, which only ran for eight episodes, Megyn Kelly began her new gig hosting the third hour of Today on NBC this week. I watched it. Here’s what I learned.

1. Megyn Kelly is “over” politics.

On the very first episode of Megyn Kelly Today, she explained that she’s “kind of done with politics.” “You know why, right?” she continued. “We all feel it. It’s everywhere. It’s everywhere and it’s gotten so dark, and I’m just like over it.”

It’s true, feeling despair is not pleasant. But some of us helped create this darkness and some of us are trying to stop it, get what I’m saying? Before Megyn decided she was “over it,” she used her platform on Fox News (for thirteen years) to spread its brand of racist propaganda.

Instead of getting bogged down in boring, negative news like sad grouches, Megyn’s new show is going to be “more uplifting” than her years of Fox News race-baiting. Every day this week she made sure to drive that point home: We’re here to have fun, not to talk about politics! Politics is such a bummer, right? Let’s be uplifted instead!

Megyn actually told us her show’s mission is “to deliver hope, optimism, inspiration, empowerment, and to have fun.” Tall order, Megyn.

2. Megyn’s guests are over her.

Megyn’s first guests on day one were the cast of Will & Grace, who apparently didn’t know they were going on her show until the day of. “I think the Will & Grace thing and the gay thing is going to work out great!” Megyn said to a gay Will & Grace fan in the audience.

Later that day, Debra Messing explained on Instagram after a fan expressed disappointment over the appearance, “Honestly I didn’t know it was MK until that morning. The itinerary just said Today show appearance. Regret going on. Dismayed by her comments.”

On Wednesday, Jane Fonda and Robert Redford spent some time with Megyn to promote their new film, Our Souls at Night. Then Megyn really put her foot in it. Twice. Don’t fuck with Fonda.

Jane Fonda with a flawless example of how to side-step personal questions during an interview pic.twitter.com/0YgfUYN9nF

Megyn ran two different segments about police officers in just her first week. I wonder why someone who’s spent years being publicly and obtusely anti–Black Lives Matter would want more soft and gently humanizing stories about law enforcement in the media?

Just because a woman is also a police chief doesn’t make bringing her on your show #feminism, and bringing out cute K9 dogs won’t make us forget about police brutality, either, Megyn.

Before introducing the women police officers on her “Settle for More” segment (inspired by her own book of the same name), Megyn emphatically declared that these kinds of stories are the reason why she’s doing Megyn Kelly Today, but instead of actually digging into the challenges these women face in a workplace that is not always welcoming to women (which, to her credit, is something Megyn knows a lot about), the piece was as puffy as puff pastry with some conservative bootstrapism thrown in—Megyn described one of her guests as “once a single mom on food stamps who decided [emphasis mine] to change her life.”

On Thursday, Megyn aired a video clip of veterans standing up and taking off their hats during a spontaneous harmonica version of “God Bless America” at an airport. What a curious choice for an inspirational videoclip! Certainly the selection of this clip wouldn’t have anything to do with Megyn’s perspective on athletes taking a knee, could it?

4. Morning-Megyn is having a hard time leaving old Megyn behind.

Old Megyn was a racial demagogue, but new, morning-Megyn said she was going to forget about politics, right?

On Monday, Megyn did a segment about gun violence and a white nun in Chicago who “takes back her streets.” “It’s like a war zone,” Megyn said, referring to the city. Hmm, where have I heard that before?

Pres. Trump says he wants Chicago to fix violence problem: “Afghanistan is not like what’s happening in Chicago.” https://t.co/44NFiXe2ao pic.twitter.com/C1IdeWQTDp

5. This show will be cancelled.

Megyn Kelly standing in front of a live audience, tasked with delivering joy and fun and hope, is an awkward and laughable sight. You’re not an Oprah, Megyn, you’re a Becky. (Actually, a Rebecca.)