Legends come in many forms. There are songwriters whose lyrics spin fables; there are singers who draw on already-existing folklore; and there are artists whose very existence builds a mythology. Jesca Hoop, whose backstory reads like a movie script, is a rare triple threat. Hoop grew up singing hymns and folk songs in a large, musical Mormon family in Northern California. After breaking from the religion, she lived off the grid for several years before returning to California to start a band. While there, she worked as a nanny for Tom Waits and Kathleen Brennan, who helped her secure a publishing contract and airplay for her demo. Her debut full-length, Kismet, followed shortly thereafter.

Over the course of two EPS and five LPs (including Love Letter for Fire, 2016’s collaborative album with Iron & Wine’s Sam Beam), Hoop has combined the folk songs of her youth with a mythos that’s all her own. Her penchant for the ephemeral and the innate resonate on her latest release, Memories Are Now, which is a brave, bold experiment in texture and vocal range. The title track kicks the album off by breaking down the door and insisting on a life lived in the present: “Clear the way, I’m coming through, no matter what you say/ I’ve got work to be doing, if you’re not here to help, go find some other life to ruin.”

The album’s nine tracks can be broken into two parts. The first four songs brim with the quirky, troubadour folk flourishes that have become Hoop’s signature. “The Lost Sky” is a haunting rumination on love and loss propelled by a sense of urgency. The latter half of the album is a dense foray into emotions and the psyche. Lush string arrangements on “Songs of Old,” and the conviction in Hoop’s singular voice on “The Coming,” for example, both carry complicated religious subtext. Elsewhere, the finger-picked “Pegasi” relies on a popular allegory to convey a deeper meaning about the forces that bog us down in life: “I fear you’ll see the day that I’ve endured all I can take/ I won’t bend, but I will break under the weight,” she sings.

But the strength of Memories Are Now lies most in its raw, unpolished moments. “Simon Says” is a foot-tapping, plugged-in sing along that transports the listener to a jam-session circle, and “Cut Connection” unfurls beneath a cloak of distortion before going out on a hypnotizing chant. It’s the perfect bridge for this powerful—at times brooding, at times playful—body of breathtaking, eclectic work. 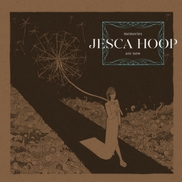 Relevant: Let's Hear it For Hurray for the Riff Raff 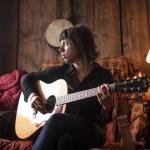 Alynda Lee Segarra has never been vague about her intended audience. When we reviewed her newest album earlier this...