No, Shitty Men Have Not Been Purged From Media 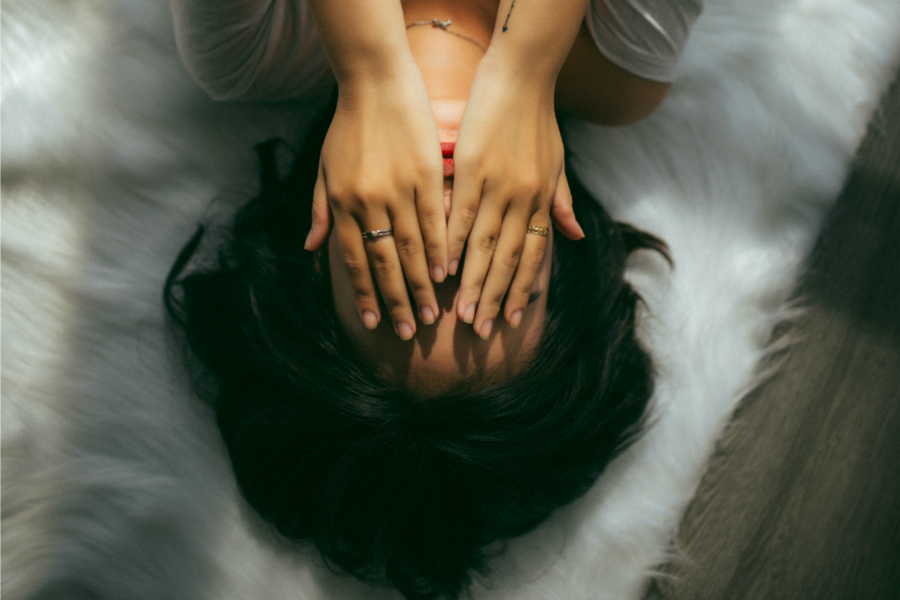 On January 27, a piece published on Medium began circulating among folks who work in media. Jennifer Barnett, a former managing editor at The Atlantic, published a lightning rod of an essay about the verbal abuse, backbiting, shunning, pettiness, and threats she endured from her former male boss. Barnett withstood that treatment until she couldn’t, and eventually left the industry altogether. “I knew I was walking away from a career I spent decades building,” she wrote. Barnett didn’t name names, but she left a breadcrumb trail that made it clear she was writing about James Bennet, The Atlantic’s former editor-in-chief, who left in 2016 to become the editorial page editor at the New York Times. Bennet resigned in June 2020 after the Times Opinion section ran a piece by Senator Tom Cotton—a piece that Bennet himself admitted to not reading before its publication— that urged the Trump administration to unleash the military on Black Lives Matter protesters.

“I Left My Career in Prestige Media Because of the Shitty Men in Charge and They are Still in Charge and Still Fucking Up”—what a title—is the most thorough accounting of pervasive, openly sexist abuse in the industry that I can recall reading. Barnett took the demoralizing, infuriating stories that women and marginalized people in the media industry share with close friends (and, occasionally, with HR departments) and laid it all out. One harrowing incident she recalls is Bennet calling a staff meeting, intentionally leaving her off the invite, and then humiliating her when she showed up regardless. “When my boss opened the door for everyone to enter his office, he saw me and looked surprised and said there was no reason for me to attend,” Barnett wrote. “…(H)e literally closed the door in my face in front of everyone I worked with, many of whom were my direct reports, signaling to them his lack of respect for me.”

I tweeted Barnett’s essay the morning it was published because I know, on a heartbreakingly intimate level, that it reflects how  many other women working in journalism are mistreated—and, further, how the clear evidence of sexism is often disregarded or assumed to be a product of a woman’s “anger” over, say, being overlooked for a promotion. My hope is that readers who might easily dismiss lower-level women who speak up about sexism will take these allegations from The Atlantic’s former managing editor seriously. Media is a reflection of the lives, beliefs, and experiences of those who create it. Every woman, nonbinary person, or person of color who is driven from journalism because of the shitty men in charge leaves us poorer as a culture. This became glaringly apparent during summer of 2020, as print and digital publications struggled to cover George Floyd’s murder and the protests that followed it.

An analysis of data from the 2012–2016 American Community Survey found that 77 percent of newsroom employees are non-Hispanic whites, something that clearly impacted coverage of the Black Lives Matter movement—for instance, in stories that  frequently focused on rare instances of looting and vandalism rather than the reason for the (largely peaceful) protests: police brutality and racism. Reporters frequently repeated law-enforcement propaganda and strive for “objectivity” to a degree that they minimized violence and corruption. Who tells the story matters. And Barnett is a heroine: When a woman speaks up about abuse at work, she’s risking everything, including her reputation. She’ll be accused of lying, of exaggerating, of petty vengeance, or, in Barnett’s case, having “sour grapes” because Bennet landed at the New York Times and she decided to leave the industry entirely. I honor Barnett’s willingness to take this on, especially given my own experiences with men whose abuse led me to give notice a lot earlier than she did.

Both my manager and I were barely out of college the first time he yelled at me. He would shout at me when he was annoyed, and he frequently slammed his landline phone down after getting off a call with his boss. When I respectfully and privately spoke to him about not yelling and not slamming, he would apologize—and then he would do it again. His own manager promised to intervene, but nothing happened. It was clear that, consciously or unconsciously, they were just waiting for me to get frustrated enough to leave so no one had to change their behavior. That’s exactly what happened. In addition to going to therapy and starting antidepressants, I found a new job and quit. He continued to work at the company after I’d left, and still works in the media. At a different job, another man who yelled at me at work was not only junior to me, but worked in an entirely different department. He would raise his voice at me and storm out of the office and conference rooms, humiliating me in front of my employees. Once again, I spoke up for myself. I talked to his manager about the outbursts; she asked if I “could deal with it” and I said no. I talked to my manager and to HR about it, too. Alas, I didn’t have the opportunity to quit; the company fired me. And it was clear why: I was supposed to say that I could “deal with” his behavior because it would require no effort on anyone else’s part—least of all his. He continued to work there; I ended up writing about the experience for Glamour in 2018.

In another job, I had a male boss who himself had a male boss, and both were well known for making sexual comments around employees. I’ve written about sex throughout my career and am generally not bothered by a raunchy joke or two if the rest of the workplace experience is otherwise respectful. In this case it wasn’t, and neither man had any awareness that their behavior was inappropriate. (Or, just as likely, they were aware but didn’t care.) During my exit interview, I spoke candidly to HR about my boss’s creepy comments, as well as his more generally undermining behavior. The HR specialist seemed sympathetic to my discomfort over what I shared—but, as Barnett points out, HR’s job is to protect the company, not its employees. Both of these men still work in the media.

The last straw was the male staffer at yet another job who deliberately ignored the daily editorial meetings I ran. I suspect he was resentful because he thought he should have my position, and he continued to sit out the meetings until I told him they weren’t optional. He is the sole example of a male coworker who changed his behavior after it was pointed out. But my experiences with these men and the demoralizing anguish they caused motivated my eventual decision to leave office-based positions for full-time freelance writing and editing. The flexibility of freelance work has drawn in a lot of women in recent decades, but it’s my hunch that another part of its appeal is that it removes the stressor of office culture where sexism is simply part of the deal.

I am not a Pollyanna, although I admit to some past naivete in the past about management and/or HR’s willingness to fix toxic workplace dynamics. I don’t expect that everyone is meant to love everything about their job all the time; work is, you know, work. I have worked since I was 15 years old in jobs including waitressing, retail, and cleaning. But these stories described above weren’t normal workplace annoyances, like the stench of SimpleGreen in the air; they were examples of sexism flourishing in already fertile ground. I came to all these jobs wanting to do what I’d been hired to—edit smart, funny, and interesting writing. But dealing with men’s out-of-control emotions and disrespect subsumed the parts of these jobs that I loved and excelled at. Like Barnett, I found that taking myself out felt like the only option.

Fortunately, I am quite happy freelancing and I have done some of the best work of my 15-year career as a freelancer. But this particular career pivot was not part of the plan, and was not a choice I came to freely. As is common among people who have had similar experiences of workplace toxicity and abuse, I wonder: What is it about me that made this guy act that way? Am I not tough enough for the big leagues? Should I have been able to laugh it off? Shout back at him? Am I too idealistic and unrealistic about what most workplaces are actually like?

My hope is that readers who might easily dismiss lower-level women who speak up about sexism will take these allegations from The Atlantic’s former managing editor seriously.

I spoke about this recently in a session with my therapist. Specifically, I told her that for the past decade, I have often kicked myself for moving on from that job with the yelling-phone-slammer. It’s a weird thing for anyone with self-respect to regret, sure, but perhaps I shot myself in the foot by not being willing to be yelled at by him. What would have happened to my career in the long-term if I had stayed? Would I have ridden that rocketship as it became one of the most well-known media outlets in the country? Would my willingness to put up with his abuse been rewarded with increasingly prestigious titles on the masthead? Would I be wealthier? Would my career be “better”?

Being threatened, like Barnett, or being upbraided in front of direct reports, like me, can’t be brushed off as each individual woman’s problem. These are patterns of behavior that must have consequences for men, not lead to even fancier job titles and professional accolades. Like most industries, journalism has a glass ceiling for women. The emphasis is often on the difficulties of raising a family, as the job can have brutal hours and low pay compared to other fields. And when we talk about abuse in media, sexual harassment and online abuse ususally take center stage as workplace behaviors that are both pervasive and horrific. But we also have to look closer at other ways women and people from marginalized groups are pushed out of journalism. We have to look at the microaggressions that steadily accrue until they become a shove out the door. I am using the word “demoralizing” a lot in this essay. But I can’t think of a better word to describe reading about an experience like Barnett’s—an experience so many writers still dream of, an ascendence to “the plum job … [At] the top of the masthead of one of the most prestigious and respected publications” and realizing that it does not get better. Not even close.

Read this Next: Who Hears the Whisper 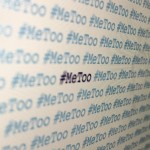 by s.e. smith
If a whisper network highlights the power of a sisterhood, it also underscores the exclusionary nature of sisterhood.
by Jessica Wakeman
View profile »

Jessica Wakeman is a writer and editor based in Asheville, North Carolina. You can follow her at @jessicawakeman on Twitter and read more of her writing here.