We Have a Gun Problem—and It’s on Politicians, Not the Mentally Ill 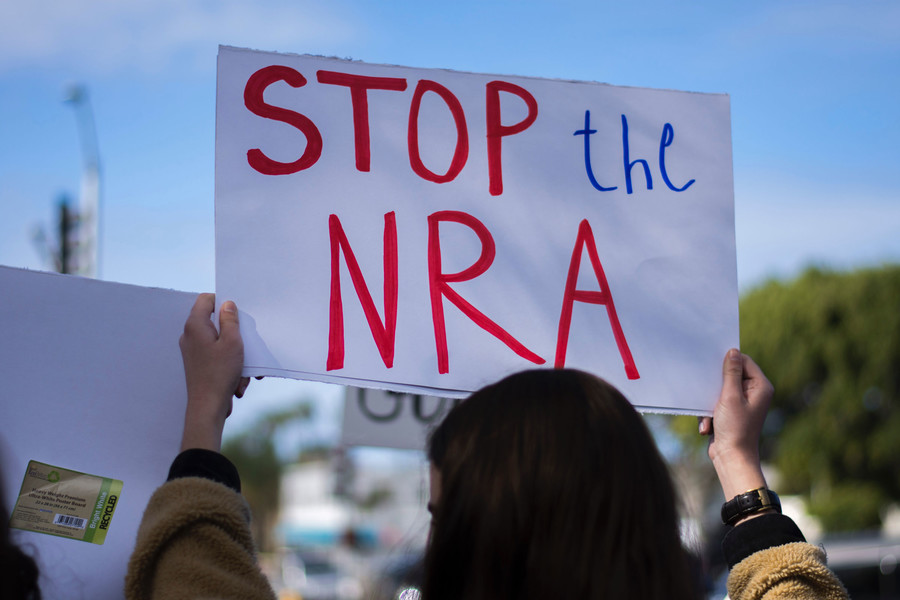 On Monday, August 5, following the slaughter of 22 people in El Paso, Texas, and nine people in Dayton, Ohio, Donald Trump made one thing clear—he would rather lock up mentally ill people than consider reducing the number of firearms in the United States. His statements (as they often do) took existing prejudices toward the mentally ill and followed them to an extreme conclusion: “We must reform our mental-health laws to better identify mentally disturbed individuals who may commit acts of violence and make sure those people, not only get treatment, but when necessary, involuntary confinement,” he said. “Mental illness and hatred pulls the trigger, not the gun.”

Just as thoughts and prayers have become a scapegoat for politicians in the wake of gun violence, scapegoating mental illness has become a trope response. It’s become a sick ritual in our country: Following every mass shooting, conservatives tweet their prayers and pleas of “too soon” before going on TV to lament that the mentally ill are at it again, shrug off the reality of the issue, and collect their latest NRA campaign contribution check. But despite claims to the contrary by the GOP and NRA, we know that mental illness has relatively little to do with mass shootings. According to the U.S. Department of Health and Human Services, only 3 to 5 percent of violent acts are committed by people living with serious mental illness. Even more astonishing, the mentally ill account for only 1 percent of gun violence against strangers. In fact, people living with mental illness are 10 times more likely to be the victim of a violent crime than the perpetrator.

Despite this, the majority of Americans believe that mental illness is directly related to gun violence, in part because of the enthusiastic way that politicians like Trump, Ted Cruz, and Lindsey Graham fault mentally ill people for the regularity of mass shootings in the United States. According to a 2015 Washington Post-ABC News survey, 63 percent of Americans blame mass shootings on the mental-health system’s failure to identify potential shooters before they act. While there have been mass shooters who were later revealed to have serious mental health problems, the overlap is nowhere near as significant as conservatives would have you believe. In a country where one in five people are living with some form of mental illness, it is statistically improbable that those populations would never overlap.

Michael Stone, a forensic psychiatrist at the Columbia College of Physicians and Surgeons, published a study in 2015 showing that eight out of 10 mass murderers did not have serious mental illnesses. Instead, they had personality or antisocial disorders, or perceived themselves as rejected, humiliated, and were filled with intense rage. The primary trait that researchers have noted as the strongest predictor of becoming a mass shooter? Access to firearms. Other common factors among mass shooters include past domestic violence, narcissism, a sense of entitlement and resentment, a desire to become infamous, studying past shooters, and gender—nearly 100 percent of mass shootings are carried out by male shooters.

If politicians were actually interested in identifying those most likely to commit gun violence, they’d take legislative action to stop domestic abusers from obtaining weapons and to prevent men who espouse extremist rhetoric from legally stockpiling guns. But those sorts of restrictions aren’t politically popular because the average politician (white and male) can empathize with those groups in ways they seem unable—or unwilling—to when it comes to the mentally ill. It’s not totally dissimilar to why it’s so difficult to get police officers to actively handle cases of domestic violence when law enforcement has a domestic violence problem within itself. U.S. politicians, being largely wealthy, white, powerful men, can more easily imagine themselves as the ones accused of white supremacy and misogyny than the ones suffering from its violent impact.

Blaming mental illness for mass shootings makes all of us less safe.

The irony, of course, is that, outside of scapegoating them for mass shootings, Americans have gone out of our way to think or talk about the mentally ill as little as possible. Our cities pass laws that effectively criminalize mental illness by prosecuting the homeless, a population overwhelmingly made up of people suffering from mental illness. Our social safety net programs punish them for attempting to integrate into our society—cutting their benefits if they enter the workforce or marry and requiring couples and families be separated at shelters. Again and again, we elect (or passively accept) politicians who have all but declared war on the mentally and physically ill.

Republicans in Congress have spent the last several years attempting to eliminate the Affordable Care Act, and the provisions for mental health treatment that come along with it. They’ve proposed expansive waivers to allow insurance companies in some states to exclude essential health benefits like mental healthcare and substance abuse treatment. They claim compassion while proposing legislation that betrays their underlying contempt, distrust, and disgust toward the mentally ill. Blaming mental illness for mass shootings makes all of us less safe. Every minute that Trump and law enforcement spend profiling mentally ill people distracts them from looking for future mass shooters and developing common sense gun laws to protect us all. Every minute we spend mindlessly nodding along to their post-shooting TV appearances is another minute we provide cover for politicians in states like Texas, where lawmakers are more likely to expand gun rights following mass shootings than restrict them.

When Americans abandon and ostracize the mentally ill, and pretend that white nationalism is an illness and not a hate-filled ideology perpetuated by the president, we’re distracting ourselves from the real danger among us. Every night, as the newest mass shooting flashes across our TV screen, we lie to ourselves, glossy-eyed and willfully ignorant, assuring one another that we’ve identified the villain and removed him from our midst. And the next morning, on our way to work, school, and church, we look over our shoulders, because we know, deep down, that we haven’t, that we’re not safe, and that this nightmare is only just beginning. 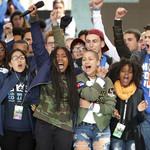 by s.e. smith
While we know the names of those who died and those who killed them, we are just beginning to fully understand the impact that mass shootings have on the psyches of survivors.
by Kendall Brown
View profile »