The Rise of a #MeToo Movement Outdoors | Bitch Media 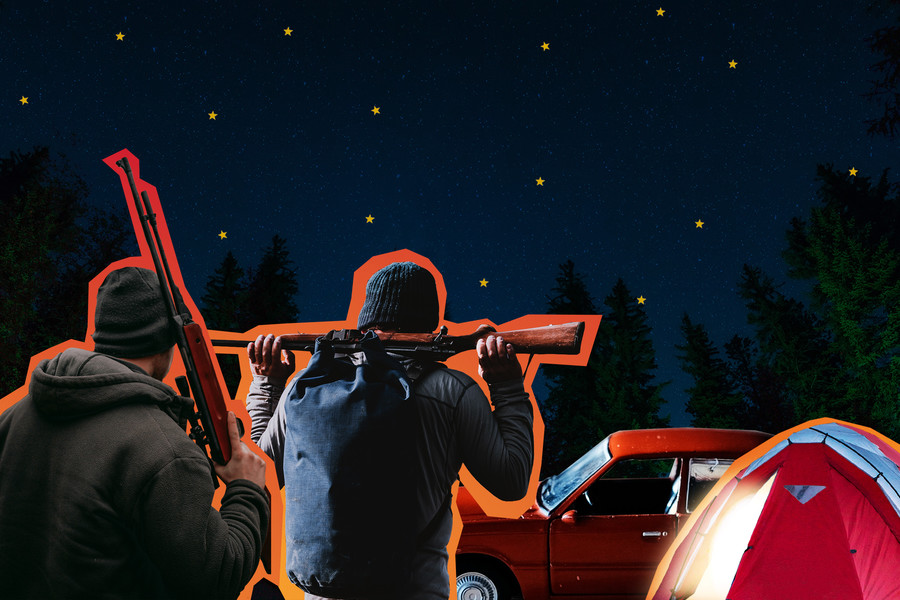 I was in my car with my dog in Utah, trying to fall asleep despite my fear. Ten days into a solo rock-climbing road trip, I had landed in St. George for the night where, unable to afford a hotel room, I had sought out BLM land where I could park for free. I had slept in my car alone with my pitbull, Otis, plenty of times; but this time I felt afraid. Nearby I had seen men drinking beer and driving their ATVs a bit wildly. Periodically, they’d also fired their guns into the air. Various worries raced through my mind: What if one of the stray bullets hit me or my dog? Had any of them seen me, parking alone for the night? What if one of them tried to break into my car? Eventually, my anxiety rubbed off on my dog, and we entered into a night-long cycle of being afraid because the other one was afraid, unsure whether some strange noise triggered our worries.

In the end, both Otis and I managed to fall asleep and woke up to the morning sun. The night was a bad memory. Even though nothing had happened, it took awhile to shake off the lingering presence of fear. The fear of another person in the outdoors versus the fear of animals, weather conditions, or getting lost is something that is increasingly felt by women. It hasn’t been talked about as much as other areas of the #MeToo movement, such as the entertainment industry or the office environment, but the threat is just as real. A 2017 survey by Outside magazine of 2,100 women reported that 53 percent of respondents said they’d been sexually harassed while recreating.

When asked if any of the survey participants ever felt afraid for their safety while recreating, 66 percent said yes, with 34 percent of them saying their greatest fears were men and being assaulted or harassed. Lifetime outdoor enthusiast and solo adventurer Melissa* felt compelled to write an essay on Facebook about her own discovery of a fear of men in the outdoors. “To the men in my life:” her post began, “This weekend I felt something that I have never felt before in the great outdoors. I went on what would be an exciting first solo backpacking trip in New Mexico. After driving most of the day to the trailhead, I got out to camp and something dawned on me: This was my first night sleeping completely alone outside. I suddenly felt uncomfortable, scared even. For the first time in my life, being outside was overwhelming. I wasn’t afraid of a bear tearing into my tent, or a massive storm I couldn’t weather, or my water filter breaking, but instead, I was afraid of my fellow man.”

Melissa’s Facebook post went on to describe three men camping near her who she feared had seen that she was alone and might prey on her. She ended her essay by encouraging women and especially men to speak up, come together and create a safer outdoors for all. Ultimately, 248 people “liked” the post, with 37 commenting and 14 sharing it on their own pages. One woman responded by saying, “Thank you for writing what I’ve struggled to string into words. Sharing a similar photo from a night camping alone where I too was plagued with similar feelings of fear.” A good many men who responded also expressed their support, but one comment stuck out among the rest, in which a man advocated for women to carry firearms if venturing solo into the outdoors. But that posed more questions than answers: Are more weapons and escalating violence really the solution? Does a woman need to carry a gun everywhere she goes? And even if a woman has a firearm, will she feel capable of firing if the situation demands it?

Kaylee* described herself as a climber, horse packer, mountain biker, alpine guide and all-around outdoor leader, and said that she has always ventured into the outdoors alone and felt completely safe about it. But one particular experience changed her perspective, despite having a firearm with her. Kaylee and another female friend were on the fourth day of a two-month horse packing trip. The two stopped to spend the night in a friend’s back barn, about two acres from the main house, giving them privacy and seclusion. At first the isolation felt desirable, said Kaylee, but it would ultimately trigger a fearful night.

“There was a neighboring house around the corner,” said Kaylee. “Men from that house watched us ride in. Then, about 10 p.m. we could clearly hear them saying in threatening tones, ‘Where are those girls on the horses? They’re in that barn.’” It was dark, and neither woman had cell service in the barn. Kaylee said they heard the men get on motorcycles and drive away, and were momentarily relieved that it seemed nothing would happen. But around 2 a.m., the men came back, revved their motorcycles and said, “Let’s go get those girls,” according to Kaylee.

The fear of another person in the outdoors versus the fear of animals, weather conditions, or getting lost is something that is increasingly felt by women.

“We were really freaked out. I’ve never been a big fan of carrying firearms, though I had them on that trip in case of a traumatic injury to a horse. But I had my gun loaded that night. I was that scared,” said Kaylee. She added that the men even had spotlights out, presumably looking for the women. Fortunately, nothing happened. But when asked whether she felt capable of using the gun, Kaylee said, “No way. It’s a double-edged sword of, ‘I have it, but what am I going to do with it?’ I would be scared out of my mind if it came down to a situation like that. I honestly don’t know what I would do.”

Despite Kaylee’s experience as a mountain guide and general leader in the outdoor community, her night of fear, which occurred nearly two years ago, has stuck in her brain and influenced the feelings she now has about going into the backcountry alone. “I wish I could say it didn’t affect me and that I could move forward without having that ‘what if’ in my brain, but it definitely has. There’s a whole new awareness factor that I don’t think I had before,” she says.

Stories don’t have to be that terrifying to make a woman fear being alone in the outdoors; a catcall, a comment, even someone just walking too close can make a woman feel that her safety might be compromised. It’s perhaps more important now than ever for men and women to speak up and create safe environments, whether indoors or out.

*Both “Melissa” and “Kaylee” asked that their real names not be used to protect their identities.

This story was originally published at Boise Weekly and reprinted with permission. 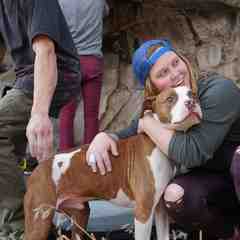 Hayden Seder is a freelance writer from Sun Valley, Idaho who loves the outdoors and her rescue pitbull, Otis!