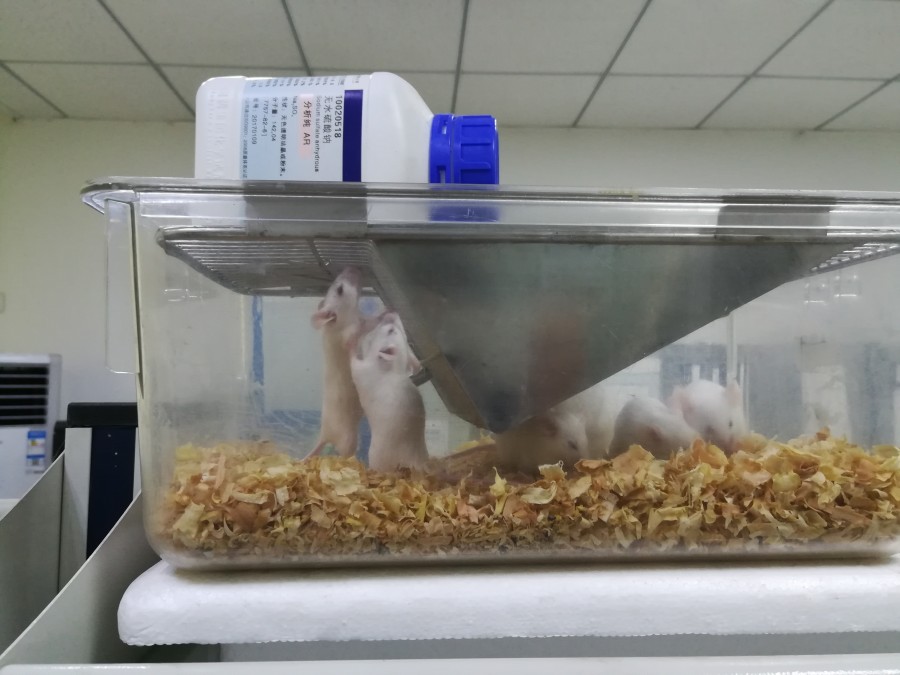 Pride Month can bring out the worst in people. For instance: I love getting “Happy Pride!” texts from my friends, but am not fond of the members of the queer community who claim that asexual/aromantic people don’t belong with us—saying so ignores that the social stigmas around these identities are the same ones all queer people face. (It also ignores that plenty of aro/ace people also identify with other queer identities.) Another thing I’m not fond of? The so-called allies—many of whom are binary trans!—who claim nonbinary people are “transtrenders” because “science.”

I know why conservative internet randos spout this rhetoric, but I don’t understand how people within our own communities can say such a thing—and use faulty evidence as support. If there’s a sure way to tick me off, it’s to say that biological sex is a binary and then weaponize it against trans people. Elementary and high-school biology classes have failed our entire population by not arguing this point, and researchers have integrated the falsehood into their experimental design. My own experience in rodent research taught me this firsthand, but you don’t need to be a scientist to see that the gender binary, based on a faulty notion of the sexual binary, characterizes nearly everything in our culture.

Research, medical practices, and our overall body of knowledge are just as impacted by this mindset. Even when I was at the University of Pennsylvania, one of the best research institutes in the world, I talked to researchers who were reluctant to use female rodents in their studies, especially if they weren’t examining sex differences. For example, one of the labs I was interested in working in looked at social behavior in a mouse model of autism—but only in male mice, even though we need more studies of autism in girls/female models. PhD-level scientists told me that the estrous cycle (the rodent menstrual cycle) introduced too many complications.

But consider that the ultimate goal of biomedical research is to understand the mechanisms of disease so that we can ultimately treat them in humans. By excluding female animals—not to mention intersex animals, which I’ll get to in a bit—modern scientists perpetuate the historical bias of a medical community that frequently dismisses, pathologizes, and actively harms non-male patients. What these scientists are actually saying when they invoke the “complications” of using female rodents is that they were never trained to work with them and are unwilling to learn. (For the record, checking where in the four-day estrous cycle a female rodent is takes about 30 seconds and a microscope.)

The scientific implications of not using female animals in scientific and biomedical research are astounding. How can we generalize a drug’s effect if we only look at part of the population? Given that sex hormones have a ton of roles outside of reproduction—for example, in brain development, cell growth and division, and gene regulation—are there interactions we don’t know about? We already know that certain diseases often present differently in men and women—for example, stroke and heart disease—so a lack of female animal studies means we can’t fully understand these differing mechanisms. On top of it all, a 2014 Nature paper showed that rodents behave differently depending on the researcher’s gender (it appears they react to the scent of secreted androgens) which puts decades of research into question.

If biologists are already hesitant to use female animals, what happens to intersex animals? Many of the studies done on intersex rodents—mainly to characterize intersex conditions—were conducted either before or during the 1980s. Did such studies stop because scientists figured they’d found out as much as they could? As politics and national conversations around queer rights shifted, were such studies deemed taboo?

Plenty of intersex humans present as typically male or female before reaching puberty, and while I’m not suggesting we karyotype every animal that passes through a lab, knowing more about intersex animals would help us understand more about intersex humans—a regularly marginalized and misunderstood group. And then there are the social ramifications of excluding female animals from research. As Bitch’s In Sickness series points out, 80 percent of pain studies are done on human men or male animals, but their results negatively impact women—especially those with chronic pain who have to wait longer in order to receive treatment and are often dismissed or misdiagnosed with mental illness.

Meanwhile, the focus on men and male animals as the default has impacted the transgender community both physically and socially. Trans people looking to medically transition are often faced with medical professionals who simply don’t have the information necessary to provide healthcare to trans patients. Take the subject of hormone-replacement therapy and its side effects: The only accounts of trans women who undergo HRT and experience period or PMS-like symptoms come from trans women themselves, meaning that doctors are generally unaware of these symptoms when discussing transition options.

Trans men who take testosterone might be told by one provider that they’ll eventually have to get a hysterectomy (to lessen the risk of uterine tumors caused by hormone interactions), but told by another that the surgery is unnecessary. This vagueness highlights the need for more studies on the effects of sex hormones in trans and intersex people. Expanding studies to include non-male animals used in the laboratory can only have positive downstream effects—for non-male humans, and for science and medicine itself. We might move toward becoming a society that believes women when they express pain, or one that doesn’t suggest that trans kids will “grow out of it.” Maybe one day, doctors will stop operating on intersex babies to “fix” their genitalia. As humans, we can do our best to stop the perpetuation of harmful beliefs often used in our names; as scientists, it should be our duty as well.

Read this Next: Uninformed and Uncompensated: Between 23andMe and Ancestry, Who Owns Our Genetic Data?

by Naseem Jamnia
With the increasing popularity of genetic home-test kits, our DNA might soon be at the disposal of scientists without our knowledge.