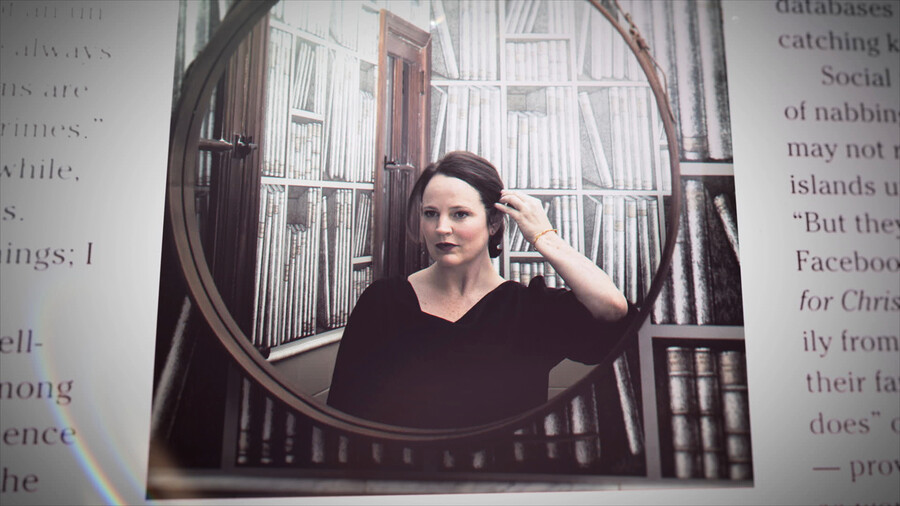 Is I’ll Be Gone in the Dark a Michelle McNamara hagiography or a true-crime documentary about the laborious task of tracking down the Golden State Killer? Neither. HBO’s six-part miniseries, adapted from McNamara’s 2018 nonfiction book, is actually a deep and grim exploration of how we romanticize the troubled creative, and the notion that it’s somehow noble to die in the course of the work and sacrifice ourselves for the cause. Sadly, much of it falls into the familiar trap of sensationalizing without interrogating, skipping over a problem that’s particularly vexing for women. The Golden State Killer, also known as the East Area Rapist, the Visalia Ransacker, and the Original Night Stalker, terrorized neighborhoods in Sacramento and Southern California between 1974 and 1986. His meticulously conducted assaults—at least 13 murders and more than 50 rapes—were horrendously violent and cruel.

Although the Golden State Killer eluded capture for more than three decades, he failed to capture the popular imagination the way the Zodiac Killer, Ted Bundy, and other serial killers have. That is, until McNamara, a crime writer and citizen investigator, began looking into these crimes—once thought to be committed by different people—and connected the dots in a sweeping investigation that involved thousands of hours of toil and collaboration with fellow true-crime enthusiasts. Along the way, she coined a flashy moniker for him, hoping it would attract attention. It did. McNamara chronicled her work on her website, True Crime Diary, but his story exploded into the public consciousness when she wrote a feature about his crimes for Los Angeles magazine in 2013. Her sprawling article resulted in a book deal—brokered in part by her famous husband, Patton Oswalt, who introduced her to his agent.

McNamara was generating interest in both solving these crimes and identifying the culprit, but her work ended on April 21, 2016, when Oswalt discovered her unresponsive in her bed. McNamara’s autopsy, which is discussed in the series, revealed that she died from an accidental overdose caused by Adderall, Xanax, and fentanyl. Oswalt finished McNamara’s book—with assistance from her colleagues—and published it in 2018 to critical acclaim, a reception no doubt enhanced by her death and the public’s fascination with both true crime and posthumous fame. HBO’s documentary, which began airing last month, further builds on that legacy—and the man ultimately arrested for the crime, former police officer Joseph James DeAngelo, who just pled guilty to 13 murders and admitted to dozens of rapes that could not be prosecuted due to the statute of limitations.

DeAngelo’s conviction should be treated as a posthumous triumph, with McNamara laying the groundwork for the investigation that ultimately resulted in an indictment, and even predicting that forensic genealogy would be the method that led to his capture. Relying on a combination of public databases and DNA samples from known individuals, investigators were able to confirm the killer’s identity. This practice is itself highly fraught, something the series declines to explore. But ultimately I’ll Be Gone in the Dark is about between spaces and silence: DeAngelo’s shocked and confused family members reckoning with his legacy and his perfect silence about his hideous extracurricular activities. His survivors, some of whom appear in the documentary and some of whom are speaking publicly for the first time, express their shame and fear decades after their assaults. One of the most beautiful scenes may be a garden party where survivors gather together, introducing themselves by name and their place in the order of victims, finding common ground with women who have endured a similar experience. As survivor Gay Hardwick leaves, trailed by her husband, viewers learn that their marriage was the only one to survive the Golden State Killer’s terrorizing visit.

That same silence surrounded McNamara’s drug use. As the documentary progresses, viewers see her become more and more consumed by the case, dedicating everything to it: She drives up and down California, hauling dozens of boxes of evidence from a secret trove, filling her office with her work, including violent crime scene photographs that she finds disturbing. She stops sleeping, shuts out her husband and child, experiences disturbing memories of her own sexual assault, and begins withdrawing from everything but her investigation. She wants to unlock the Golden State Killer’s secrets, but at the same time she’s troubled by guilt for not giving enough to her family. Sometimes there’s a sense that she’s racing to finish so she can return to normalcy—caught in a holding pattern, working faster and faster to be free.

The pursuit of cases like these is often referred to as an “addiction,” an ominous portent. The image of the frenzied, troubled detective working a case with increasing desperation is a classic theme in pop culture, as is the sense that such detectives are heroic and noble, whether they’re the film noir men of the 1940s or the cerebral Sherlock of the 2010s. Like McNamara, pop culture’s detectives are often citizen investigators, but unlike her, they’re often (though not always) men. And in McNamara’s case, her presentation as a noble tortured artist is marred by the repeated references to her family, and all she’s leaving behind—women are expected to give all to their families, not to their work, and when that dynamic is flipped, society finds it troubling.

I’ll Be Gone in the Dark is about between spaces and silence.

Throughout the documentary, director Liz Garbus weaves in references to McNamara’s struggle with drugs. In retrospect, it’s easy to ask why the people around her didn’t see the warning signs as she asks friends and family members for pills, makes remarks about needing medication to sleep, and frets over pharmacy access, especially since the medications she relied on were things she could laugh off. Don’t all writers joke about popping Xanax or needing a muscle relaxer to unclench their jaws? All of these things add up to a woman who’s clearly struggling and not getting the help she needs. Melanie Barbeau, a citizen detective and friend who herself struggled with opioids, says in the documentary, “Oftentimes you have to turn to drugs that are being sold under the table, and you don’t know exactly what’s in the drug, and that’s where we’re seeing a lot of the counterfeit drugs that are cut with fentanyl,” which may have been the case for McNamara.

In reality, of course, what the viewer sees compressed into just a few hours unfolded over months and years, a comment or text here and there, warning signs hard to spot in the thick of everything else, at least until closer to the end. The regret on the part of friends and family when it comes to missing these context cues is clear. “In retrospect, I wonder if she knew she was a little consumed,” says McNamara’s editor, Jennifer Barth, while her agent and collaborators noted that she began to self-isolate at the end. Oswalt comments on her shift in mood as she struggled to finish the book and solve the case: “That can really pull you into some depths that you can’t get yourself back out of….There must have been days where she was like, ‘I’ll take Adderall to get up in the morning and, you know, Xanax and Vicodin to get to sleep at night,’” Oswalt says, describing an ominous pattern that ultimately killed her and commenting on her “casual” attitude about her drug use. He imagined her thinking that she was taking drugs “because this is for a better, a bigger purpose than me.”

But the drive and push that led McNamara to that point is still presented in a way that seems almost positive: She was pursuing something larger and greater than herself, which directly contributed to the identification and apprehension of a man who committed monstrous crimes. Her decision to push past the limits of her health and safety turns into another byproduct of the Golden State Killer’s story, rather than a warning about the perils of being consumed by one’s work. I’ll Be Gone in the Dark romanticizes this behavior, rather than forcing viewers to consider whether our collective obsession with true crime—along with a persistent belief that it’s noble to sacrifice everything for the cause—may have led to McNamara’s death. The tragedy isn’t that she didn’t live to see DeAngelo in court, but that she died so young in the first place. At times this seems overshadowed by the fact that our unslakable thirst for entertainment is costing people their lives.

Read this Next: Pulp Nonfiction 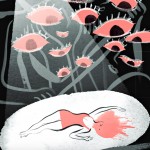 by Nadine Friedman
Our relationship with fear, excitement, and violence against women hasn’t evolved at all.