Your Film isn't “Transgressive,” It's Transphobic 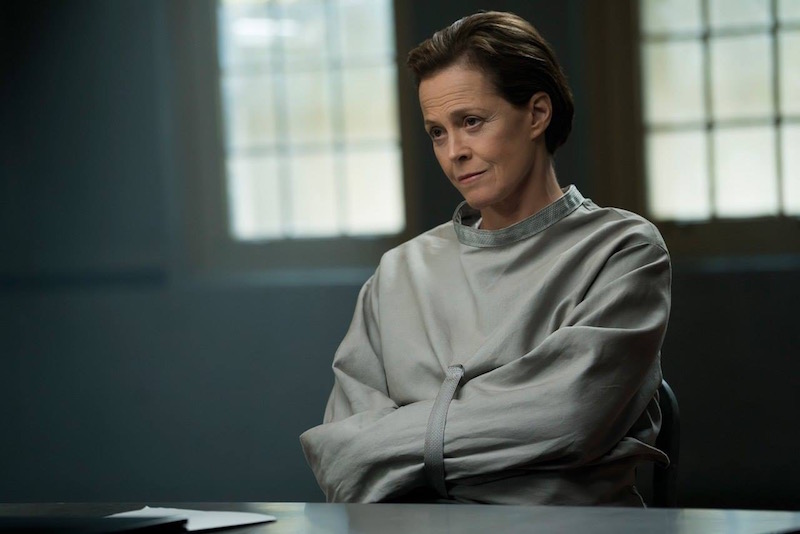 The upcoming film (re)Assignment—previously titled Tomboy, A Revenger’s Tale—is a nightmarish realization of the most transphobic elements of media wrapped up in a single movie. The film involves a male assassin (Michelle Rodriguez) who is subjected to forcible vaginoplasty and breast implant surgery—which the film bills as gender reassignment surgery—as some sort of punishment. So now he’s out for revenge. In the wake of the film’s premiere in Toronto, members of the trans community called out the film’s premise as transphobic and the casting of a cis person for the leading character.

Rodriguez had some choice words for critics, defending it as a “culture shock pic” and saying because she is bisexual, LGBT critics shouldn’t call her out. “You can’t really argue with me because I’m you. So if I do a movie, I’d never do a movie with the intention of offending anybody in the LGBT community because I’m a part of it,” she told Reuters. Rodriguez’s assertion that we are not allowed to criticize the film at all because of her sexual orientation is the final twist of the scalpel here. Her comments serve as an aching reminder of how frequently the LGBQ community drops the “T,” and how absent the trans community is from Hollywood.

Any movie interacts with the culture that surrounds it and has an impact on how people think and feel. This film happens to be purveying a number of horrific tropes about trans identity and experiences, so no, it’s not “just a movie.” Nor is Caitlyn Jenner just an athlete, nor Orange Is the New Black just a Netflix show. Jenner and Orange stand as cultural symbols of a shift in the way we think and talk about trans identity, taking it into the mainstream and shaping the dialogue.

(re)Assignment is repeatedly described as a film that’s about a transgender character and about “gender reassignment.” It is, in fact, nothing of the kind, unless you’re a genital essentialist and you believe that genitals make the gender and that a man with labia and a vagina is a woman, whether he was born with them or they were thrust upon him. While the director and cast see the film as an edgy, film noir–style exploration of gender, what the film really reflects is a profound social anxiety about trans women. The film arrives at a moment that’s marked by both the “transgender tipping point” and a conservative panic about transgender people using the bathroom.

The film sensationalizes things like vaginoplasty (Rodriguez said she wore a prop “mangina”) and breast implants, making them sound like a form of macabre mutilation. There is an air of the titillatingly grotesque here, and it says something about how society views trans bodies. When members of the right and high-profile trans-exclusionary radical feminists like Germaine Greer use repulsed language to talk about trans people in terms of “mutilation,” a film that reinforces that, turning gender confirmation surgery into a profound violation, is extremely harmful.

This is a movie about a cis man who is tortured with surgical procedures used by some transgender people to affirm their gender, making their bodies align with their personal experience of gender (just as a reminder: not all trans people pursue surgical transition). These procedures are complicated, expensive, and irreversible, and for some women, they are unobtainable—sites like IndieGoGo host scores of trans women desperately trying to fund gender confirmation, yet apparently “twisted doctors” played by Sigourney Weaver (et tu, Sigourney?) are handing it out for free. Rodriguez says she took the role to “express… frustration” with the current state of creativity in Hollywood. “The industry seems to be running low on edgy creativity & ‘real take a chance’ controversy,” she wrote on Instagram. This defense of deeply troubling media as “transgressive” is a classic tactic that creators seem to believe makes their work unassailable. Depicting gender confirmation surgery as the subject of B-movie horror is not transgressive, though—it’s a loaded act of hatred.

Heheheh at TIFF promoting ‘TomBoy A Revengers Tale’ producers are convinced the new movie title should be re-assignment but I’ll stick to the title I signed on to shoot… ‘Tomboy’. It’s in the B Movie genre, a culture shock pic, shot like a ‘film Noir’ graphic novel. I played a male assassin for four days in the movie, boy was that beard itchy. Then out revenge, a twisted Doctor played by Sigourney Weaver decides to take my character’s manhood away with a sex change to teach him a lesson. I never felt more like a woman than when I played a man. For the rest of the film I was a man stuck in a newly operated sex changed body. I had fake boob covers to look like man implants & I wore a fake hairy ‘mangina’ which you can’t really see cause they made it so hairy. In retrospect I’m I glad took the plunge, the industry seems to be running low on edgy creativity & ‘real take a chance’ controversy, sometimes it makes me want to scream, instead I did what I always do when I’m bored with the ‘status quo’, I shot crazy b movie Indy to express my frustration. I wish I had more than a few weeks to prepare for this flic, I would have gained a lot more weight, & we would have made some hairy arms to match my Mediterranean look. I feel that my skinny build sometimes comes off hermaphoditic in the film, especially when you add the crazy male chest for the nude sequences. Lol hope y’all will enjoy the flic sometime, when we sell it of course… It’s interesting to say the least.

“Are they mad that somebody decided to take their branded transgender operation and use it on heterosexual people?” Rodriguez said in response to criticism, even as she attempted to position the film as some sort of sharp commentary on gender. She was joined by Walter Hill, the director, who informed viewers that some women feel “empowered” by the film, though he didn’t elaborate on how, exactly, this might work. Weaver also hotly defended the film, saying that no one was “denigrated,” except, presumably, for the members of the trans community expressing deep concerns about (re)Assignment.

This film is no bold blow against Hollywood mediocrity, it’s just a reinforcement of the status quo—and it’s not even terribly original, as Pedro Almodovar explored similar themes of forced vaginoplasty in The Skin I Live In. The fact that Rodriguez and others associated with the film don’t understand its fundamental problems, and aren’t interested in interacting with the community they’re exploiting for attention, speaks volumes about the status of the trans community in cultural conversations.

The same topic was covered in The Intimation Game, where Alan Turing was given hormones in an attempt to chemically castrate him because he was gay; being castrated, and having female hormones put into his body, was better to them than being gay. He killed himself shortly after this, indicating that it perhaps caused a lot of distress, possibly dysphoria, in him as a cis male. This actually happened, so I don't understand why a new film about essentially the same subject is considered transphobic. Yeah, it's a comedy, so the tone might be quite questionable in places, if not done correctly; but the film isn't even out yet. I mean, you could even take from this that it's distressing to present as a gender you're not: so gender re-assignment for a cis person would be just as distressing (or a similar level), as not having access to gender re-assignment surgeries or treatments would be to a trans person.

Hey Jane, I didn't even think of that movie! I think you make a good point, but the fact that it's a true story does (at least for me) affect whether it's transphobic or not. What happened to Turing was transphobic and obviously homophobic as well, and the movie represented it as such. This movie is showing a similar event without any reference to something that really happened (at least to my knowledge) and it's the main focus of the movie. You're right that since it hasn't come out yet, we don't know enough to say whether it addresses the issue well or not, and that it could be seen as an example of dysphoria. Of course the character's anger is justified — it was used as punishment, not because he wanted it. But it's still taking the experience that real transgender people deal with and turning into an "edgy" thing for people who aren't. And the fact that today there is a movie about reassignment as punishment does give justification for criticism I think. The use of it as punishment did happen and was completely unacceptable... and unless the movie is set in that time, it's unacceptable now as well to create a story around that idea.

Jane, re: your last sentence.

I think one would have to be more willing to give artists the benefit of the doubt (that is, fair-minded) to do what you suggest.
That's not where we are anymore as a society, is it? All art enters a world of vigilant, easily offended constituencies primed to lodge an Official Protest™. This is a good way to forestall open, if difficult, discussion and to undermine what's left of public space (that is, spaces congenial to multiple, even competing views).
It also puts art under an atmosphere that hogties one of its primary functions: to frame issues that are almost unspeakable in the wider society. This has also been one of art's greatest freedoms and the cornerstone of its hard-won sovereignty for centuries in the West. It's one reason people become artists: so they don't have to justify having ideas.

It'll be interesting to see what kind of cinema, literature, etc. we're left with when the latest Cultural Revolution is finished purging the bad and unenlightened work from the public space.
I imagine the reviews will be tighter: All they'll need to say is "nihil obstat."

Hey, lots of great points here! I will say though that I think bi people are also pretty erased/excluded from the LGBTQIA+ community... not just trans people. I don't think Rodriguez can say that because she's bi she shouldn't be questioned — she is by no means able to speak for anyone. But while trans people need to be represented fairly and equally, bi people do too.

I'm really disappointed to see the transgender identity and reassignment surgery used so insensitively. How horrible to call it punishment. It goes even further saying that to "become a woman" is the worst possible thing, so bad that it's worth avenging over.

Ugh... well, at least this film will get people to talk about the issues. Thanks for a great article!