Awards Shows Still Have a Sofia Vergara Problem, and It Needs to Stop | Bitch Media

Awards Shows Still Have a Sofia Vergara Problem, and It Needs to Stop 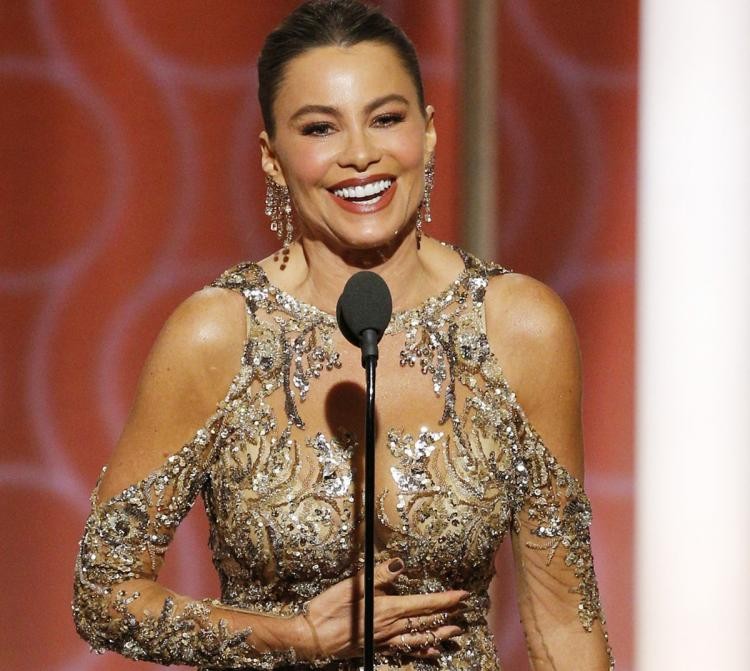 2017 is the year we will have an American President who believes and says that Mexican immigrants are rapists and criminals, and that an American judge with Mexican heritage cannot be impartial. In 2017, it’s not okay to make jokes about the thick accents and thick brains of Spanish-speaking immigrants, but that didn’t stop the writers of the Golden Globes.

This wasn’t the first time that Vergara has trafficked in racist caricature and stereotype for the entertainment of the American public. During the 2014 Emmys, Bruce Rosenblum, the (white male) chairman and CEO of the Academy of Television Arts & Sciences, gave a speech about the Academy’s commitment to diversity while Emmy-nominated Vergara was rotated slowly on a pedestal—a silent, decorative prop. Rosenblum noted that successful television means giving an audience “something compelling to watch,” while subtly leering at Vergara’s bountiful curves. Better seen than heard when it comes to those spicy Latinas, huh?

Insisting that she was in on the joke, Vergara defended the 2014 Emmy skit, saying “somebody can be hot and also be funny and make fun of herself.” Hearing the accents of people whose first language is not English onscreen is important, but not when it’s the punchline. You only have to look back to America Ferrera and Eva Longoria’s presenter banter at last year’s Globes, where they poked fun at being mistaken for other Hollywood Latinas (“Well said, Salma!” “Thank you, Charo.”) to see that there are good jokes to be made about the dearth of industry diversity. Vergara might have used these scripted jokes as an opportunity to subvert the stereotype that she is so often asked to play—or outright refused to do the skits. But knowing the joke is on you when you’re making fun of Latina bodies and accents isn’t being in on the joke. It’s being used.

Racist, sexist, and xenophobic jokes aren’t the same thing as jokes about racism, sexism, and xenophobia, and Vergara’s onstage performances for mostly white crowds at the Emmys and now the Globes reinforce specious stereotypes about Latina women: namely, that we’re hot and super-sexual, but not that smart. These constant caricatures illuminate the problems of the Latino media gap, the fact that, as the National Hispanic Foundation For the Arts puts it, “as Latino consumer power grows, relative Latino media presence shrinks.” In 2014, NHFA’s report titled “The Latino Media Gap” found that the presence of Latinos in media is shrinking not just onscreen—where Latinos “tend to be portrayed through decades-old stereotypes as criminals, law enforcers, cheap labor, and hypersexualized beings”—but also behind the scenes: “In the 2010 to 2013 period, Latinos comprised none of the top ten television show creators, 1.1 percent of producers, 2 percent of writers, and 4.1 percent of directors. In the top ten movies, Latinos accounted for 2.3 percent of directors, 2.2 percent of producers, and 6 percent of writers.”

Vergara is clearly smart and savvy: She is the founder of a Hispanic talent management company, Latin WE; she’s been the highest-paid actress on television for five consecutive years; and she seems to be laughing all the way to the bank. But the trade-off for being a successful and high-profile woman of color on television shouldn’t be constant racist, sexist ridicule in front of her white peers.

By my count, only three Latinx performers were nominated at the Golden Globes this year for parts in which they were not criminals, law enforcers, cheap labor, or hypersexualized: Gina Rodriguez for Jane the Virgin, Gael García Bernal for Mozart in the Jungle, and Lin-Manuel Miranda, for  song “How Far I’ll Go” from Moana. None of them won. In a statement about this year’s Globes, Alex Nogales of the National Hispanic Media Coalition said: “Few Latinos were nominated this year because there are still too few roles offered to Latinos, behind and in front of the camera, especially in film. Today, Latinos make up 18 percent of the population, and we need to represent those faces, voices and stories if we are ever to increase the understanding and empathy that so many performers highlighted in their eloquent acceptance speeches about diversity and inclusion last night.” 2017 is the year in which Latinx communities must create and and stand for media that truly represents us and the diversity of our stories. With more Brown folks behind the scenes, perhaps fewer performers of color will be asked—and expected—to peddle cheap jokes for white laughs during the most xenophobic climate in decades. 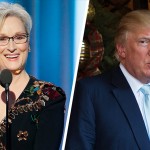