“Miracle Country” Is a New Kind of Climate Change Memoir 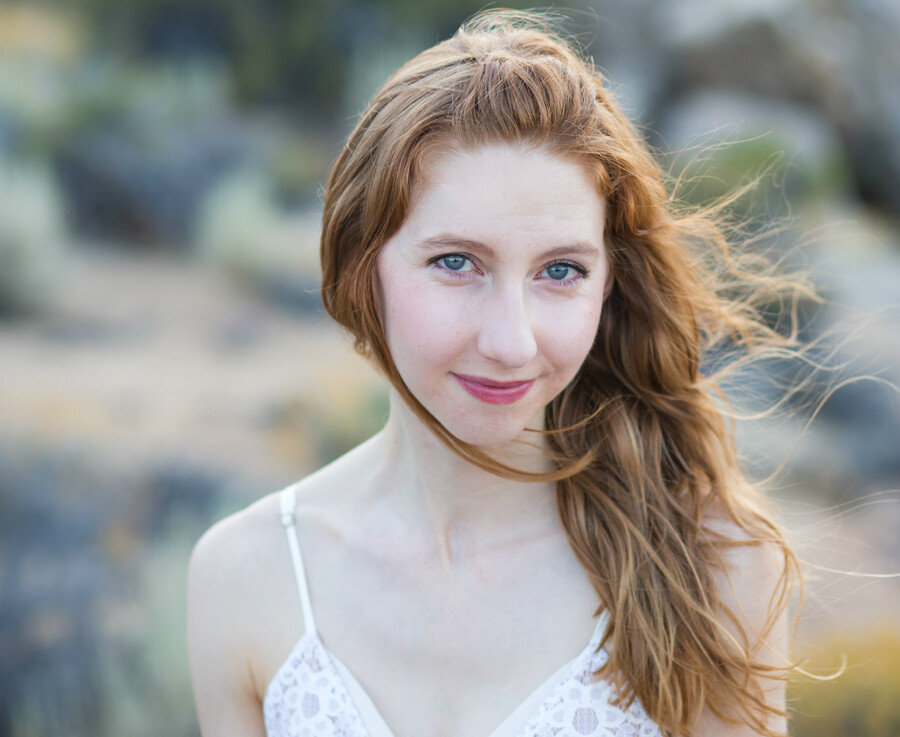 The desert isn’t meant for everyone: It’s vast, dry, and devoid of green. But for Kendra Atleework, author of Miracle Country: A Memoir, released on July 14, it’s home. Throughout Miracle Country, Atleework—who lives in Swall Meadows, a small California desert town at the eastern base of the Sierra Nevada mountains—explores her relationship with her family, with nature, and with the figures responsible for shaping California. The result is a sprawling historic and nonlinear narrative that aptly exhibits the love and loss an environment may bring, drawing parallels between California’s history and Atleework’s past. “The inheritance of California is half-gorgeous, half-deadly. It is half-remembered and half-lost,” she writes.

Climate change and environmental justice play huge roles in Miracle Country. Between the wildfires that scorched Swall Meadows in 2015 to the decades-old aqueduct that diverts water away from the Owens Valley to Los Angeles, Atleework grapples with the consequences of human meddling. Almost effortlessly, she weaves together nature writing and history with intricate detail, making the desert a character in itself: “Poplars, planted as windbreaks, died when Los Angeles dropped the water table below their roots. Now they lie silvery on the valley floor. They might remain for centuries in this place bathed only by fire.” With such absence surrounding her, it’s no wonder Atleework constantly asks herself if she’s mourning what she believes to be hers and if that feeling of loss is misplaced.

It’s this sense of mourning that fuels Atleework’s fascination with history, starting with the person who radically changed California’s waterways: William Mulholland, the civil engineer responsible for the Los Angeles Aqueduct. During the early 19th century, Mulholland built the aqueduct to help spur growth in Los Angeles, a city that was considered a wasteland at the time. Atleework problematizes Mulholland throughout the book, attempting to understand his “greater good for the greatest amount of people” logic to the point where she visits his grave in Los Angeles, and refuses to outright villainize him. “This equation seems sadly simple,” Atleework argues. “You did not believe the land sets the limits and undoes them, so the unborn will learn your lessons for you…This was never about us, Mulholland and me, my old grudge turning obsidian or softening like asphalt in the sun. Our cagey dance across a century enfolds much more than my own sorrow.”

Atleework doesn’t solely focus on Mulholland. She also incorporates other historic Owens Valley residents like nature writer Mary Austin as well Hoavadunuki, a Paiute man, to expand beyond the white male gaze. When parsing her own thoughts, Atleework repeatedly quotes their writings and thoughts (often one right after another) to help cement her own in a larger context. But though history is a vital component to understanding the environment at large, it sometimes drowns out Atleework’s own voice in what’s intended to be a memoir. I question why she spends so much time focusing on Mulholland’s ethics or Austin’s perspective (or Rebecca Solnit’s or Joan Didion’s, for that matter) when that effort could be better spent on describing her own experience. Ultimately, it’s Atleework’s eccentric family that’s the heart of the story—it’s just that it’s frequently buried beneath the perspectives and writings of others. 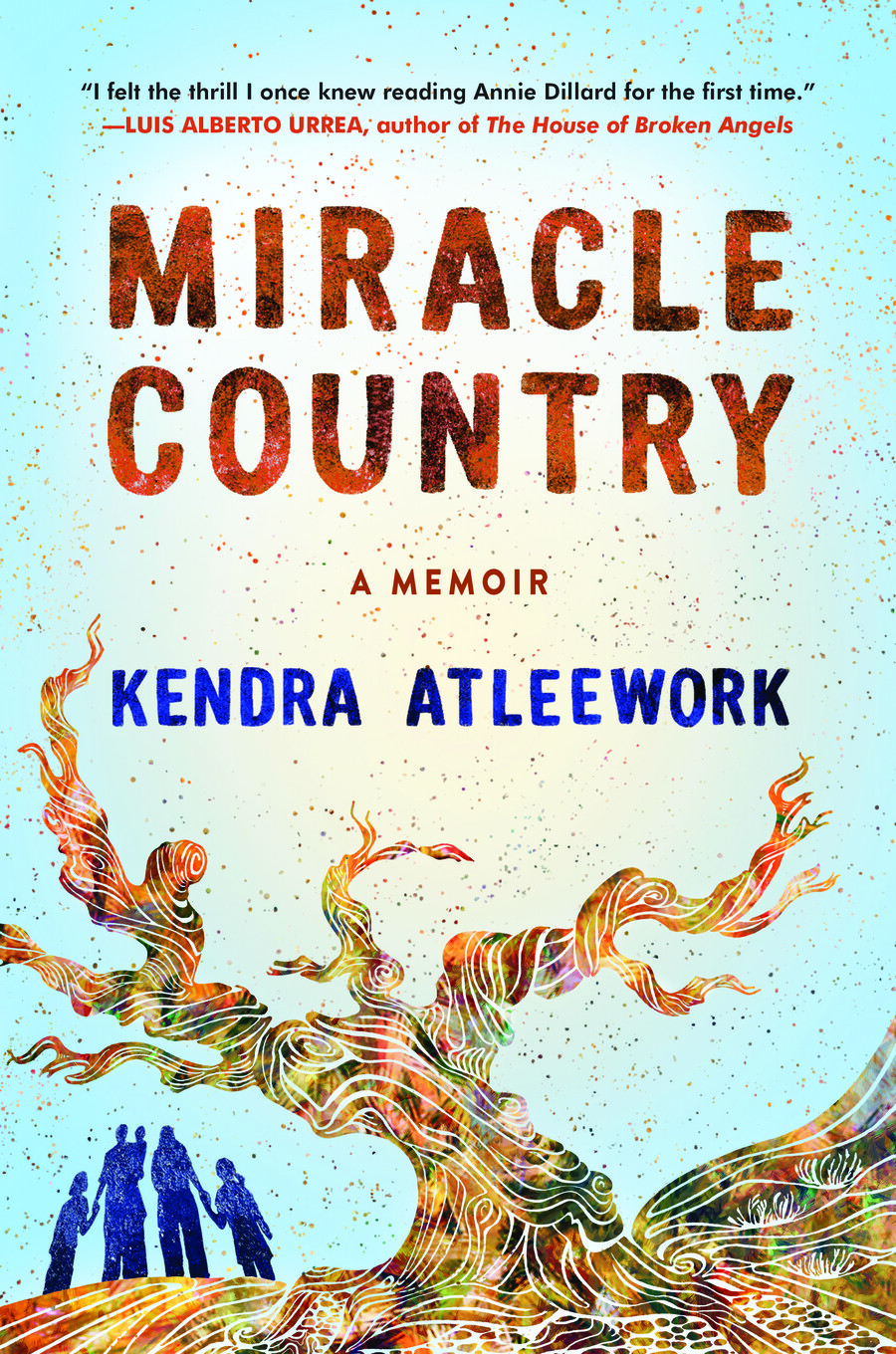 Atleework’s family is the reason she’s imbued with such deep respect for the environment; her dad was a daring, yet cautious outdoorsman and her mother told fairytale-esque stories rooted in the desert. And while Atleework looks at her childhood with warmth, things take a dark turn when her mom dies from an autoimmune disease when she’s 16. As her dad tries to hold their family together, her sister begins partying, and her brother (who’s adopted from an Indigenous family) begins lashing out. Her environmental writing and her descriptions of her parents dance on the page, but her siblings are largely forgotten. I spent pages wondering if Atleework would ever engage with institutional violence against Indigenuous people in the way she describes environmental violence against that very group—especially given her brother’s eventual incarceration, but she never does. She takes a bit more care with her sister, with whom she lived in Los Angeles before moving to Minnesota, her family shrinking further away from view. In that period of her life, she tried to create distance between herself and her desert home, and that separation is reflected in her writing. The years that Atleework missed—either while she was in Los Angeles or when she was in Minnesota—suffer from a lack of further thought or reflection, partly because she relies on outside perspectives as a crutch to analyze her family.

It’s hard to write about what you ignored or refused to acknowledge. But the desert draws Atleeworkback in, and her prose along with it. From her visceral description s of the loss she feels years after her mother’s passing (“Mom, you occupy absence”) to her poetic summation of her surroundings (“We did not understand the full nature of what had been taken”), Miracle Country shines in the moments when Atleework dives deep into her own thoughts and feelings. Miracle Country is not for those who require a personal connection with a memoir, especially since it’s told in such a nonlinear way. But despite its rather divided identity, Atleework succeeds in crafting a story that challenges history with thoughtful criticism and beautiful writing. 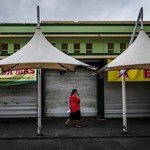 by Izzie Ramirez
Ecofascism will not stop climate change.