Without A TraceThe Best Missing Persons Podcasts of 2017

Something about 2017—the general sociocultural hellscape, the darkness, my own year of endless grief—has drawn me to true crime podcasts where I’ve found a strange escapism in the worst hours of other people’s lives. I haven’t listened to Serial, and I don’t intend to. And no, I won’t be listening to S-Town, given its problematic nature. But it was In the Dark, which began in 2016, that hooked me on a very specific subset of true crime: Missing persons—or cold cases involving missing persons that later turned out to be homicides. I also loved Stranglers and Accused, and I’m really getting into Heaven’s Gate.

These stories haunt us because they aren’t resolved, and there’s a small part of us that always wonders if perhaps we can solve the case, find the missing piece of the puzzle, and offer closure, no matter how grim, to the victim’s friends and loved ones. Listening to missing persons podcasts as I’ve driven up and down northern California has given me a finely-honed sense of what makes these podcasts work. Sometimes the things that work best are counterintuitive, violating every rule I’ve been taught about journalism. It starts with the rule I’ve already broken here: Talking about yourself. The missing persons podcasts that affect me most deeply are those with a personal connection to the victim where the host roots the narrative in their own experience. “Don’t be the story” is one of the first rules of journalism, but I enjoy listening to people speak frankly and vulnerably about their connections to cases that are sometimes decades old.

The things I always look for in podcasts—good production values, thoughtful storytelling, a minimum of kitsch and cheesiness, interesting supplementary materials, and interviews to expand the scope of the narrative—are also important. Fundamentally, though, missing persons podcasts must bring something new to the story. After all, that’s a primary conceit of the genre. Podcasts, including The Vanished and the Thin Air Podcast, tell self-contained stories about missing persons that stretch across one to two episodes, typically retreading old ground with a repackaged story rather than adding insight. I prefer shows that unfold over an entire season, delving into the rich, complicated narratives of people and places.

So what have I been listening to and loving lately? I’m glad you asked. You might need something to listen to during your holiday journeys, and the nights are long and dark—perfect for some true crime and missing persons.

It’s easy to see why In the Dark, an American Public Media podcast, won a 2016 Peabody Award. It tells the story of Jacob Wetterling, an 11-year-old Minnesota boy who was abducted in 1989 and never seen again—until a man confessed to his murder and revealed where he was buried shortly before the podcast premiered. Madeleine Baran narrates Jacob’s disappearance, explores how his abduction changed the way law enforcement responds to kidnappings in Minnesota; and explains how nationwide sex offender laws were restructured as a result of Jacob’s disappearance.

She weaves her own interaction with the case into the story. When she moved to Minnesota, people repeatedly brought up Jacob’s abduction, indicating that it was an old, unhealed wound. It took 27 years for his killer to confess, and Baran argues that sloppy police procedures are partially to blame. To prove it, she conducts a series of interviews exploring what happened at the time, and what investigators could’ve done differently.

Up and Vanished, a real-time investigative podcast hosted by documentarian-turned-amateur-investigator Payne Lindsey, follows Tara Grinstead, a teacher who disappeared from Ocilla, Georgia in 2005. Lindsey stumbled on the case while looking for a story to tell, and began documenting the case when he discovered that his grandmother’s friend may have been one of the last people to see Grinstead alive. Up and Vanished is Lindsey’s first podcast, so he’s learning as he goes. That’s one of the most interesting and charming aspects of the podcast: He’s not just learning the art of podcasting, but also refining his understanding of ferreting out information in a tight-lipped community.

Up and Vanished also has a surprise twist: Authorities made an arrest in the previously cold case, and credited the podcast for offering new information. Oddly enough, the suspect didn’t come up in Lindsey’s investigation. Up and Vanished is a profound illustration of how focusing on a “dead” case can lead to resolution.

CBC’s Someone Knows Something podcast is into its third season. The first two delve into the missing persons cases of Adrien McNaughton and Sheryl Sheppard, respectively, while the third season explores the unsolved murders of Charles Moore and Henry Dee, two men murdered and thrown into the Mississippi River during the Civil Rights Movement.

Someone Knows Something was a little rocky in the beginning as host David Ridgen tried to settle into the kind of narrative he wanted to offer, and which stories he wanted to tell. But then the show pulls together into a fascinating ball of provocative narrative. Ridgen chose the disappearance of McNaughton, in part, because of his own connection to the story. He hails from the region where the boy disappeared, and the case played a prominent role in his own childhood—something he talks about on the show. As Ridgen notes in the very first episode, someone always knows something when it comes to mysteries.

Missing and Murdered focuses on the unsolved murder of Alberta Williams, an Indigenous woman who died in 1989. The CBC podcast offers a sharp look at the epidemic of violence against the Canadian Indigenous community, an issue that Missing and Murdered’s host, Connie Walker, is deeply invested in. Walker’s a member of the Cree tribe, so she’s telling the story of her own community. Since so many true crime podcasts focus on white victims, a deep investigative look at the life and death of an Indigenous woman is both unusual and necessary. It shouldn’t be remarkable to see a case involving victims of color treated seriously and sensitively, but the status quo is real: White teachers from Georgia tend to get more focus than Indigenous women targeted for violence because they’re seen as easy targets.

Nursing student Maura Murray disappeared without a trace after a car crash in 2004. Two documentarians, Lance Reenstierna and Tim Pilleri, have been invested in figuring out what happened to her through a sprawling podcast and a forthcoming documentary. Missing Maura Murray is a little bumpy at times, veering between unedited blathering and interviews, but the premise is intriguing and I like listening to them sink deeper and deeper into her disappearance.

The podcast is not just about two guys trying to figure out what happened to a missing woman. It’s about two guys explicitly engaging with the way the internet interacts with criminal cases. Murray’s case is rampantly speculated on social media, as is true with most open missing persons cases, and they talk about how rumors, outright lies, and complicated narrative threads get tangled up in these situations.

As I get immersed in the world of missing persons and unsolved murders, there’s one thing I’d like to see much more of: examining the disappearances and murders of people of color and Indigenous people, and humanizing them while exploring the epidemic of violence in their communities. If we dedicated the same meticulous level of attention to these cases that we do to those that currently dominate headlines, we might get to the root of the crime—and also send a signal that vulnerable populations aren’t “easy victims” and their cases will be pursued to the ends of the earth.

Relevant: Keep the Lights On 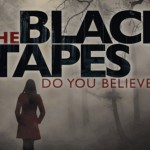 by Evette Dionne
Welcome to October.