Yes We CanGushing Over the Ability to Ejaculate 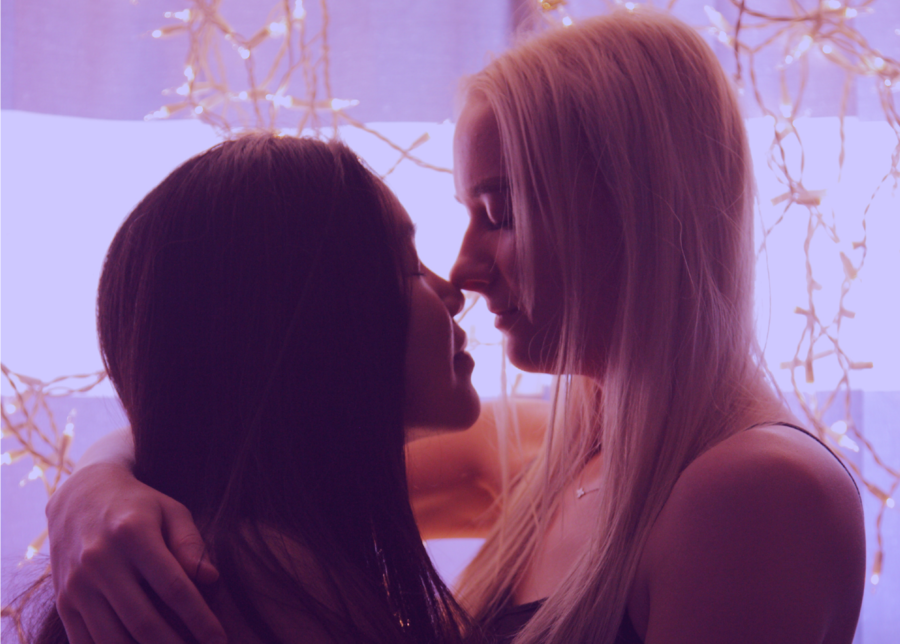 This article was published in Blue Issue #67 | Summer 2015 Subscribe »

In the ancient Taoist tradition, female ejaculate was considered a sacred water, vital to the mental and physical health of both men and women. Ancient Chinese physicians and philosophers considered it a routine stage of female arousal. The Kama Sutra described a female emission during orgasm, and the Tantra said that female ejaculate, or “amrita” (meaning “divine nectar” in Sanskrit), contained healing properties. In the ancient West, Hippocrates wrote about female “semen,” and Aristotle wrote about a female discharge that is far greater in volume than a man’s. Centuries later, in his 1672 work, New Treatise Concerning the Generative Organs of Women, Dutch anatomist Regnier de Graaf noted that the discharge from the female prostate causes as much pleasure as does that from the male prostate and clearly differentiated between female lubrication and ejaculation noting that women with “lascivious thoughts and frisky fingers” can achieve the latter.

In 1950, German gynecologist Ernst Gräfenberg reported in his article “The Role of Urethra in Female Orgasm” that when the erotic zone within the ceiling of the vagina is stimulated, many women gush a transparent fluid from the urethra that is not urine. And yet, 2,000 years after the first literary record of female ejaculation, we seem to have regressed. Instead of teaching women about their bodies and embracing female ejaculation (FE), we’ve prescribed corrective surgeries, pharmaceuticals, and Kegel exercises to fix what’s become misunderstood as urinary incontinence. The United Kingdom’s sexist ban on FE in pornography is a glaringly obvious reflection of our culture’s ignorance and fear of female sexuality.

According to Gary Schubach, a retired researcher who wrote his doctoral thesis on FE, there are two known types of FE, which can occur in a range of volumes from an unnoticeable dribble to a wetness great enough to soak the sheets. The first is a modest amount of milky white liquid originating from the prostate, similar in appearance and composition to male ejaculate (a.k.a. prostatic fluid). The other is a more voluminous, watery liquid. Schubach conducted a small study using catheterization of the bladder and found that the watery ejaculate originates in the bladder, but is usually clear and odorless. His team noted the milky white secretions around the urethra on several occasions. Just as men have a prostate-specific antigen, women do too, and this is a marker for scientists to recognize female ejaculate. FE may help sperm stay alive inside the vagina by adjusting the vagina’s pH levels.

But you might hear a different story from the news. There’s a cycle that keeps repeating between science and the media with FE: A small scientific study will be published on FE, and the media will either blow it out of proportion or misreport it entirely. The latest example happened not long after the Brits’ most recent porn ban. Last December, The Journal of Sexual Medicine published a French study led by Samuel Salama of the Department of Gynecology and Obstetrics at Hospital Privé in France, on seven women who reported regularly expelling a massive amount of fluid (“comparable to a glass of water” said New Scientist) during sexual stimulation.

Despite finding prostatic secretions in most of the participants’ ejaculated fluid, they concluded that the secretion was essentially pee. They argue that only the smaller milky white liquid is FE. This is problematic for many reasons. Not only is the data supporting this supposition inconsistent with many previous studies and personal anecdotes, but this assertion sets up a “true” ejaculation and a false one. Adhering to this distinction can only cause more doubt and insecurity around the subject of FE, and it contributes to the regulation and rigid definition of what women’s sexuality is and is not. Schubach thinks one reason why the French study’s biochemical findings don’t match his or many other studies could be a matter of arousal. “My theory is that the composition, as well as the color and odor of the ejaculate, is being affected by extreme arousal and the release of the hormone aldosterone,” he said. Perhaps Monsieur Salama’s research team and laboratory setting weren’t quite as sexy as they could have been.

The study was critiqued for many reasons, one of which was that it had only seven participants. But the media did an extra disservice by misreporting the study’s findings. Take, for example, the title of a blog post from Discover magazine: “Proof that female ejaculation is just pee.” In fact, the small study did not debunk FE; it just argued that one of the two known types of ejaculate—the larger amount of liquid—was not ejaculate. Many online users responded to the study’s claim and the media’s sensational reporting with the hashtag #NotPee. Men and women alike testified to their experiences with female ejaculate and its distinction from urine in smell, taste, and color. Sex-toy blogger Epiphora sparked the campaign with her blog response to the latest study: “I’ve felt it, smelled it, and soaked towels with it, and many other people with vulvas also report: It’s not urine.” Lauren Maughan wrote, “As a woman I am tired of defending myself. Any woman who does this knows it’s completely different!” And Naynaysayer had a good point: “Female ejaculate is #notpee, and even if it was, why does there have to be so much shame?”

This brings up another ongoing controversy: the G-spot. Like Skene’s gland or paraurethral glands, the term “G-spot” is a misnomer for prostate. “G-spot” was coined in the 1980s by researchers Beverly Whipple and John Perry in honor of Gräfenberg, whose 1950 article, “The Role of Urethra in Female Orgasm,” found the same erotic zone that they found in the ceiling of the vagina that swells during stimulation and can lead to the gushing of a transparent fluid. (Certainly, Gräfenberg was not the first to discover this.) When Whipple and Perry examined the pelvic muscles of 400 women who expelled liquid during orgasm, they ruled out incontinence because the women’s muscles were too strong. (For more on the prostate and its relationship to FE, check out the late Slovenian researcher Milan Zaviacic’s book The Human Female Prostate: From Vestigial Skene’s Paraurethral Glands and Ducts to Woman’s Functional Prostate.)

Today there is a major lack of sexual education overall, and when it is taught, it’s often puritanically focused on reproduction. Many people have no awareness of FE or that it can happen naturally or by directly stimulating the female prostate. Because female orgasm and pleasure are not necessary for reproduction, female sexual response and anatomy are often ignored, even in medical texts. This sexist gap in knowledge creates the so-called mystery of female sexuality.

Psychology plays another role: Although nearly every woman is physiologically capable of ejaculating, some might repress it. In childhood we’re often taught to be ashamed of pee (and later menstruation). Women aren’t encouraged to masturbate, and the double standard surrounding sexual agency and pleasure prevails far beyond what’s legally visible in pornography. Thankfully, not everyone has been in the dark. Lesbian and queer communities have remained ahead of the crowd when it comes to knowledge of FE. Deborah Sundahl, a publisher of On Our Backs, the first female erotica magazine made by queer women for queer women, has made bringing the pleasures of FE to the public her life’s work. She wrote the pioneering book, Female Ejaculation & the G-spot: Not Your Mother’s Orgasm Book!, produced the first video on FE, How to Female Ejaculate; and has made many more contributions to understanding FE with numerous other videos, lectures, webinars, and workshops. Simply knowing FE exists may increase the likelihood of experiencing it. Sundahl told me that after visiting one of her lectures, “Half the women will go home and ejaculate immediately, just from hearing the information. [It’s] validation.”

Alternative and feminist sex shops or Tantra communities are another good resource for finding more information on FE. But female sexuality is diverse. Some women ejaculate, some don’t. If FE is new to you, explore and expand, but don’t pressure yourself or make a new standard to achieve. When something feels good, it should be encouraged and enjoyed, not censored and shamed. And if things do get messy during sexual play, just grab a towel and keep the focus on what’s important: pleasure. As Sundahl says, “Let it flow.”

Instead of ignorance, our biggest problem with FE should be what to call it. We need a new name for this copious ejaculate (which may or may not also contain prostatic fluid). How about “seve”? Josephine Sevely brought FE back into Western knowledge with her 1987 book Eve’s Secrets: A New Theory of Female Sexuality, based on her 10-year Harvard-funded research. Her work explained a largely misunderstood part of female sexual response, affirming the experiences of those who ejaculated and expanding the erotic repertoire of those who hadn’t. Also, sève means “sap” in French. Regardless, the key issue is not the composition of the ejaculate, but being able to enjoy our sexual experiences fully and without shame. 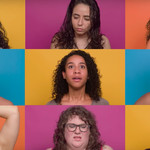 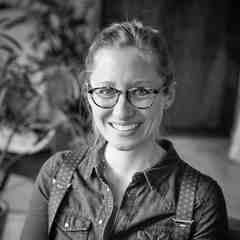 Mary Katharine Tramontana is a writer and journalist. Her work has appeared in the New York Times, the Guardian, the Atlantic’s CityLab, the Los Angeles Review of Books, Teen Vogue, the New Inquiry, Dazed, Vice, and elsewhere. Formerly, she worked as a sex research assistant at The Kinsey Institute. You can find her on Twitter at @MKTramontana or at marykatharinetramontana.contently.com. She lives in Berlin.