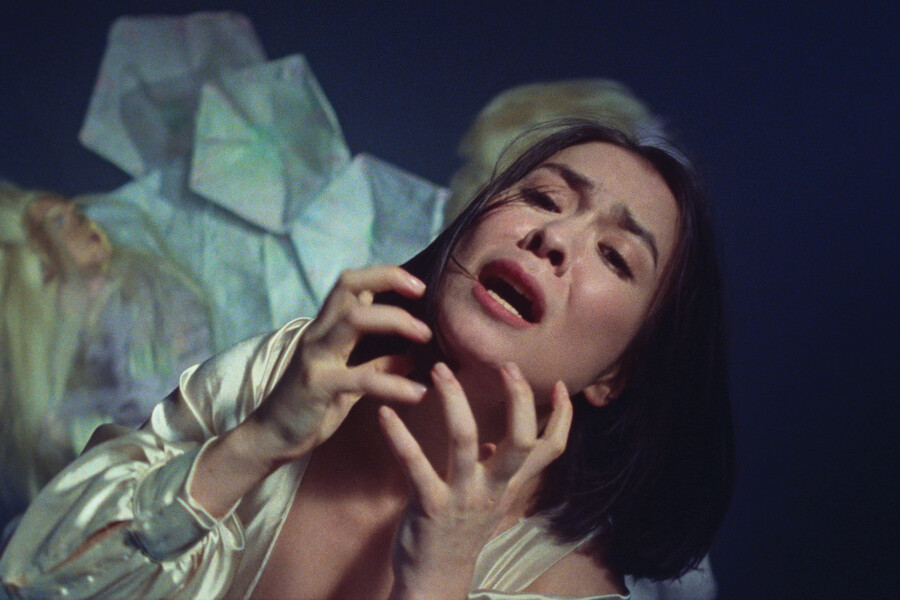 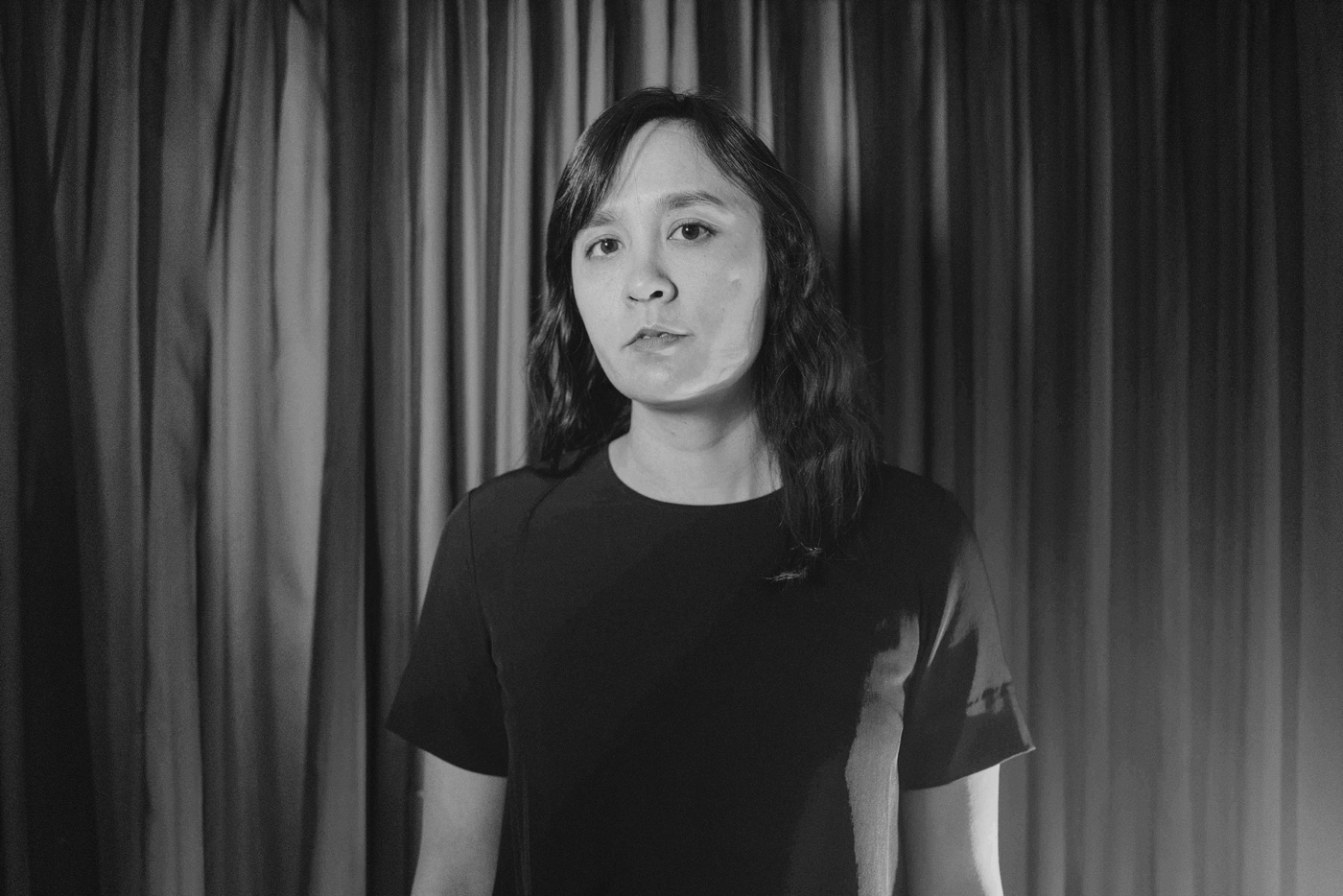 From the early MTV era to the advent of YouTube, music videos have been a ubiquitous presence in pop culture. As narratives or short films, they can pack a punch, but their directors often go uncredited, lost behind the musicians’ stardom.
But when it comes to the director behind several of Japanese American indie artist Mitski’s most iconic music videos, Maegan Houang’s style is unmistakable. Filled with lush details, powerful women characters, ever-present melodrama, and more than a touch of horror, Houang’s creations aren’t just music videos—they’re immersive experiences.
The Los Angeles based writer and director is interested in exploring the “crushing absurdity of the human condition,” in their own words—and in interrogating the power dynamics we often take for granted. Though their day job is in story editing and writing—they’ve worked on FX’s Shōgun and season 2 of the Starz show Counterpart—their heart is in directing, which they fell in love with after taking an intro film class in college on a whim.
Houang has directed videos for indie darlings including Vagabon and Charly Bliss, but they’re perhaps best known for their work with Mitski, whose sixth album, Laurel Hell, came out in February. They directed two videos for the album—“The Only Heartbreaker,” which dropped in November 2021 (co-directed with Jeff Desom), and “Stay Soft,” which was released this year. Houang also directed the iconic video for “Happy,” off Mitski’s 2016 album, Puberty 2—her breakout success. 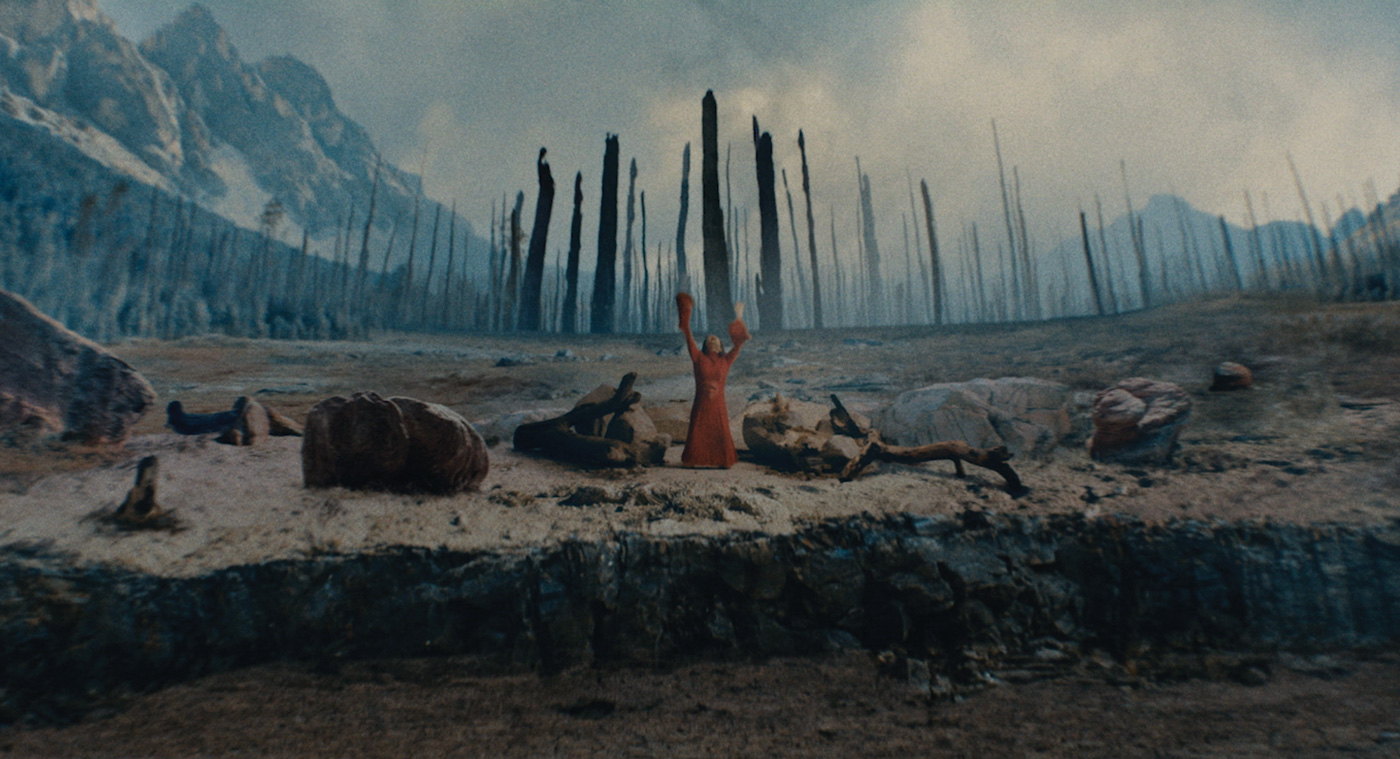 And as with “Happy,” which narrates the tale of an Asian American woman whose husband is a serial killer in the style of 1950s melodrama, Houang’s videos for Laurel Hell reflect Mitski’s trademark style: They’re emotionally complex, evocative, and often filled with a sense of foreboding. “I love theatrical moments,” they say. “That’s what’s interesting to me about film and TV and all art — it’s not reality. I’m not that interested in creating reality. I’m more interested in creating a real emotional experience I’ve had throughout all these other means.”
Horror is a means to this end, something that Houang views as a “tool” in their kit. “The thing about horror and music videos is that it’s a genre that creates a shorthand that allows you to tell a more concise story,” says Houang. Using this kind of emotional shorthand allows them to craft worlds that convey human emotions in the most drastic of terms. “The most important thing in film is emotional storytelling. It’s creating an experience for the audience.”
Crafting this kind of experience on such a short timescale, within the hard three-minute limits of a song, makes every stylistic choice a crucial decision. In Houang’s videos for Mitski, this includes elements such as the intimate and precise choreography of Jas Lin, who worked on the “Heartbreaker” and “Stay Soft” videos; or set design—for the “Happy” video, which was shot in Houang’s own home, they scavenged through estate sales on weekends to find the perfect set pieces that would only be visible for the briefest of moments.
All of this with the goal of creating something that makes the viewer truly feel something in those three minutes. “What I love about genre is that you can use big ideas to elicit something that is relatable to everybody,” says Houang. “I think, like, life is pretty horrifying.” 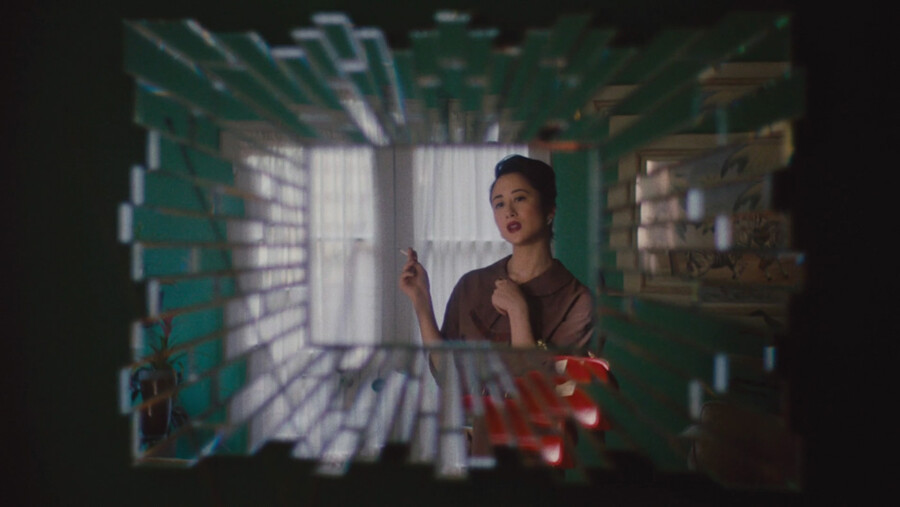 This sentiment comes through strongly in their most recent works—whether Mitski is running through a forest, leaving fiery devastation in her wake, or escaping an attack by masked intruders in her private garden of Eden, the horror isn’t really in what’s happening onscreen. It’s in the feelings being evoked: Whether it’s fear or anger or vulnerability or love, it’s a feeling so big it eclipses the sun.
This desire to craft a real emotional experience and response in viewers/listeners is something Houang shares with Mitski—their creative partnership is organic, hinging on the profound trust they have in each other’s vision. Then, there’s the element of identity: “My connection to Mitski’s music is not divorced from the fact that we’re both mixed-race,” says Houang. They tend to gravitate toward creators who are women, and women of color in particular, in terms of both artists and their crew behind the scenes. “It’s more organic, I guess, than intentional,” they say. “It’s whose work I respond to.”
In addition to being organic, there’s also an element of practicality. Music videos, they explain, don’t earn them any money: They’re passion projects, ones they have at times financed with their own money from other jobs—so of course they’re only going to work on projects they truly love with people they deeply respect. “I feel like I’m an angsty teen saying this, but I do hate the system,” they add. “So why do I keep doing them? I mean, I just love making stuff. I only make videos for artists I love, because I love the music so much and I love directing.” It’s a love you can see onscreen, in every shot and camera angle—a love that will stay with you even after the three-minute song ends.

Read this Next: “Orlando” Is 30 Years Old, but It’s Still Groundbreaking in Its Transfemininity 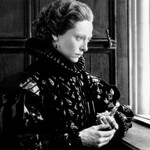 by Natalie Marlin
While many films depicting the lives of trans folks do not stand the test of time, Sally Potter's 1992 film does.