Yay, Us?In the World of “mixed-ish,” Colorblindness Is the Same as Anti-Racism 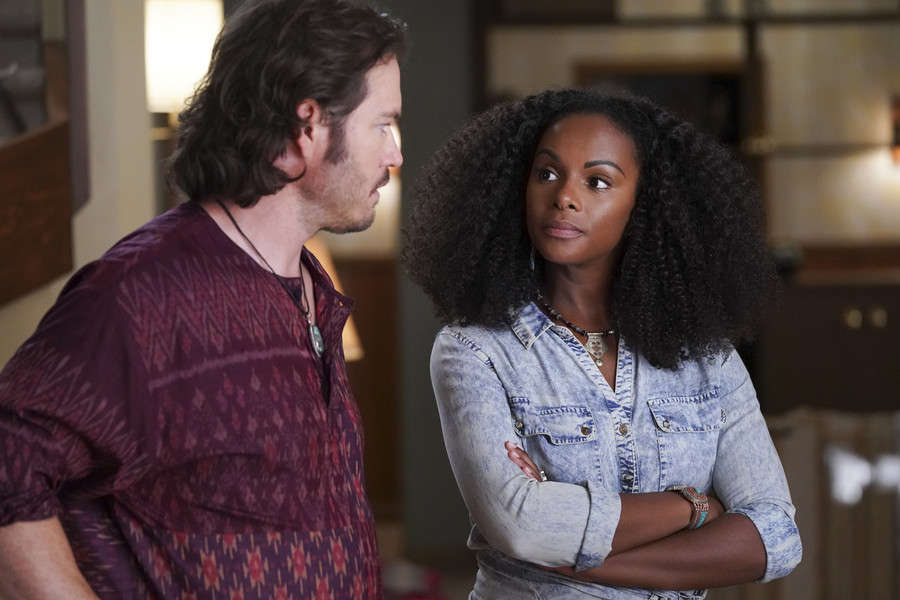 There was muted excitement from critics and fans of Kenya Barris’s -ish universe when mixed-ish, the second spinoff from its origin series, black-ish, began airing on ABC in September 2019. As a multiracial woman and a scholar who studies mixed-race people and families, I also felt unsure about how watchable mixed-ish would be, especially after the show’s trailer trafficked in clear clichés. That uneasiness has tempered for critics, who’ve called the show “a heartwarming family comedy with built-in lessons about race and the perception thereof” that isn’t “afraid to make its characters dig into uncomfortable places, face their internalized biases and interrogate what being biracial means.” ABC has also ordered a full season, but I’m still on the fence.

Reviews of the pilot consistently noted the show’s clumsy approach to race, namely its reliance on contrasting a colorblind, post-racial commune with the oppressive suburbs full of racial stereotypes (or what feminist scholar Patricia Hill Collins calls controlling images) and the perpetuation of a tired narrative of multiracial exceptionalism. Still others have lamented the show’s saccharine approach to race in contrast to black-ish’s more nuanced takes on a number of social issues, including colorism. While these critiques are deserved (Mariah Carey’s catchy theme song repeatedly extolls that love is “all we need to be free” and “yay, us!”—the “us” presumably being multiracial people and/or families), I’ve found it interesting that mixed-ish still relies on problematic racial and gender politics to motivate its tension and humor.

As Shannon Miller noted in a review for the AV Club, assimilating into mainstream culture is realistic and relatable enough to be the basis for a show; after the Johnsons are forced to flee the commune they call home, Alicia (Tika Sumpter), Rainbow’s dark-skinned, natural hair-wearing, hippie clothes-rocking mother, becomes the voice of racial reason when her white husband, Paul (Mark-Paul Gosselaar), is critical of how she changes her appearance for a new job at his father’s law firm. She reminds him that he doesn’t have to change himself outside of the commune “because you can be how you are anywhere in the world.” Alicia notes, “I’m a Black woman. It’s different for me and it’s different for our kids.”

This revelation comes after an entire episode where Black characters are framed as inherently antagonistic: Alicia’s sister, Denise (Christina Anthony), tells Rainbow (Arica Himmel), Santamonica (Mykal-Michelle Harris), and Johan (Ethan William Childress) they look like “a runaway house slave” with their natural hair, and approaches them with hair grease and hot comb in hand. There’s also the much-discussed lunchroom scene where Bow, Johan, and Santamonica are accused of being “weirdos” because they’re mixed-race, and they’re forced to choose between sitting on the Black and white “sides” of the cafeteria. Later episodes maintain this dynamic; in “The Warrior,” Bow is pitted against an aggressive Black teen girl who teams up with a white girl to bully her after she refuses to take a side when the Black teen is unfairly accused of theft.

In “Love Is a Battlefield,” Alicia and Denise get into a fight over what Bow should use to represent authentic Blackness in a class project about representing her cultures. At one point, Denise even tells Alicia, “Excuse me for wanting to whoop your barely Black ass!” an exchange that Bow refers to as “Black on Black crime.” Though this episode illustrates the difference between how white people and Black people arrived in the United States, “Black culture” is framed as complicated and unclear while “white culture” is straightforward and easily understood, a juxtaposition that’s made more irritating by Paul’s father Harrison (Gary Cole) attempting to compare the trans-Atlantic slave trade to “legal” Scottish immigration.

When Alicia criticizes Harrison for misunderstanding slavery, Paul attempts to appease her by patting her hand and saying, “I’m so sorry for that my possibly Nubian queen.” Even a Sadie Hawkins dance at Bow’s school in “All She Wants to Do is Dance” becomes a cause for concern, with Denise spending the episode worried about Bow asking a white boy to be her date and Alicia being concerned that Paul may have a fetish for Black women. These kinds of iffy narratives around race, gender, and class abound in the show, particularly when Alicia reminds her white spouse of the realities of being (read as) Black in the United States while reinforcing how the family’s time on the commune consisted of “no racism” and “no sexism.”

We learn in the pilot that Paul dropped out of Berkeley Law school to “protest the glass ceiling of classism” (it’s unclear what the show means by this) while Alicia graduated because “Black people always need a backup plan.” After Harrison recruits Alicia to work for his law firm because she has the “legal chops to become the son I never had” her husband implies she’s betraying their values by trading in her loose hair for a tight bun and her flowy skirts and blouses for boxy suits, though his father essentially demanded these changes to her appearance. Paul’s racist father frames Alicia’s efforts to support her family as masculine, while her husband perceives her actions as morally deficient, sarcastically quipping that she is “setting a great example” and engaging in call-and-response with their children as a subtle dig: “Who conforms? Capitalists!”

Meanwhile, Bow perceives Paul as the parent who’s “truly committed” to their commune values because he continues pursuing agriculture, though he’s repeatedly failed to build a working greenhouse. The tension between Paul and Alicia plays out further in the season, as Paul falls into a homemaker role—waving off his kids and wife amid a sea of white suburban housewives—and Alicia faces significant racism and sexism at work. Denise predictably calls Paul’s masculinity into question, saying he’s “wasting perfectly good whiteness” by being a stay-at-home father and that “Black women don’t get down with ashy men or men without jobs.” Denise’s quips motivate Paul to use his whiteness to get a job. Incomprehensibly, he fails miserably, literally telling employers to hire him because he’s a white man— a gross misinterpretation of Denise’s jest that his qualifications are that he’s white (she also seriously noted that he had a college degree so he’d “be fine”).

The show intends to frame Paul’s struggle as comedic, but it makes no sense that a privileged white man with a bachelor’s degree who attended Berkeley Law would have zero clue about how to leverage his skills into a job. My discomfort with the show’s approach to race grew when Alicia compares Paul’s employment struggles and questioning of his own identity to the ostracism she and their kids encounter. Alicia equates the kids feeling different as biracial kids (facing “two racist fronts”) and Paul feeling different because he doesn’t know his place outside of the commune. The show even contrasts doors being slammed in Paul’s face with Alicia daydreaming about “going ghetto” on racist and sexist coworkers by yelling at them in African American Vernacular English, taking off her earrings and handing them to Denise, and clapping for emphasis during a daydream sequence. That we are supposed to laugh at—and find heartwarming—a white man struggling to find employment and eventually finding happiness in his place as homemaker is a tough sell. It’s even tougher considering that there’s nothing groundbreaking about this decision, as this isn’t even pop culture’s first attempt to use a husband’s failings in a marriage with a much more accomplished wife as a source of humor.

The show’s insistence on the commune “bubble” as raceless and colorblind, in contrast to a blatantly racist real world, fails to acknowledge that having no explicit racism and being anti-racist are two separate things.

Seth Meyers’s 2019 standup special, Lobby Baby, features him performing jokes from the perspective of his wife, all of them noting his own incompetence when it comes to raising their children and being able to do something as simple as locating yogurt in the refrigerator. Reinforcing how white people—affluent white men in particular—are allowed space to be mediocre while people of color must be exceptional is frustrating fodder for a comedy in 2019, especially one in which the Black mother states that her biracial kids are facing racism from the white and Black kids at their school. The show’s insistence on the commune “bubble” as raceless and colorblind, in contrast to a blatantly racist real world, fails to acknowledge that having no explicit racism and being anti-racist are two separate things; even Paul can’t resist telling everyone his wife is Black as though that is an achievement in of itself.

Though many Black multiracial actors have landed iconic roles as Black characters, there’s still a dearth of pop culture with multiracial characters who contend with what that multiraciality means socially and politically. Despite mixed-ish’s penchant for leaning into tragic narratives (especially as Bow feels left behind by her siblings who choose between their school’s Black and white students and take on exaggerated Black affect in dress and speech) there’s also a lot of potential for integrating analysis of multiracial experiences within a broader set of racialized experiences, which is best demonstrated by the “Let Your Hair Down” episode. Johan wants to don “Black” hairstyles, so Paul and Harrison take him to a Black-owned barbershop, where he is turned away because the barbers don’t know how to style his grade of his hair. Johan’s frustration boils over when his Black peers tease him over Paul’s poor attempt to put Stevie Wonder-inspired “corn rolls” in his hair.

In the voiceover, Bow notes that mixed-race Black men overcompensate when their Blackness, and therefore, their masculinity, is threatened. This is a really important observation, as research on multiracial men is fairly limited due to many mixed-race men rejecting a mixed-race/biracial/multiracial label more often than women. But these kinds of points are few and far in-between. Even as mixed-ish reflects familiar aspects of my childhood, there’s still much to be desired. (I remain particularly confused by the fact that no Black girl or woman in Rainbow’s life, including her aunt, her mother, or even the school bully, tells her she needs wrap her hair to maintain her silk press!). My hope is that mixed-ish continues interrogating how it presents race and gender as intertwined identities and social positions and considers more thoughtfully the ways they’re used as sites for humor.

Read this Next: Not As Free 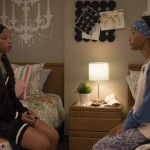 by Jordan Taliha McDonald
Dating struggles are often indicative of the racist politics of desirability. 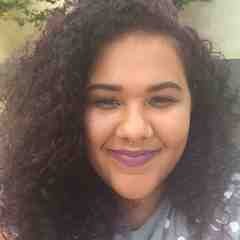