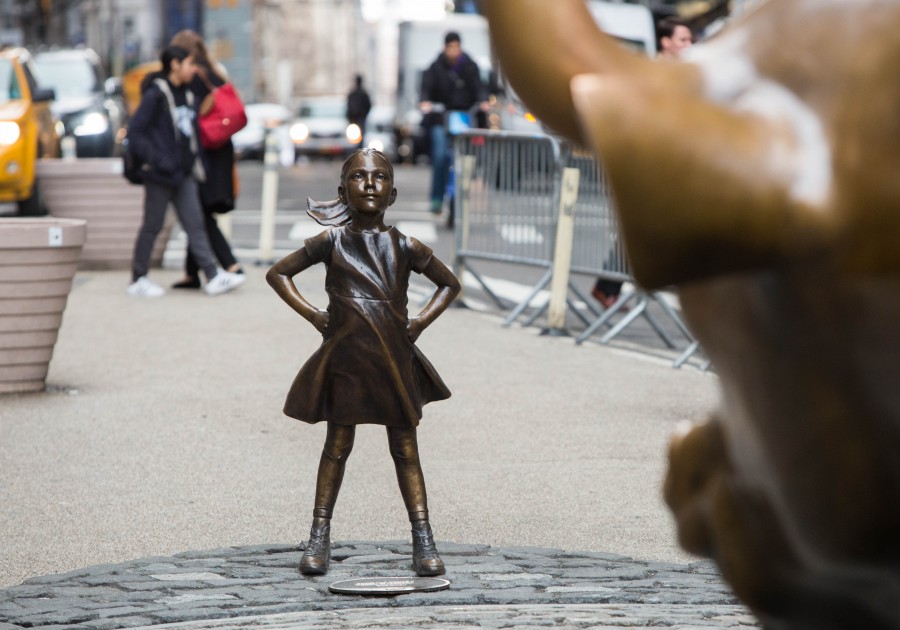 Like many, my reaction to the viral photo of a Wall Street finance “bro” humping the new Fearless Girl statue (which was sent to me not only by my ardently feminist friends, but also by family members and even ex-boyfriends) was a long sigh and resignation to the fact that this was bound to happen sooner or later. Yet, as time has passed and the photo has fallen out of the news cycle, I find myself returning to the thought that the treatment of female statues is a reflection of pervasive and entrenched misogyny. Women in public space—sentient or not—are not only underrepresented, but also threatened, harassed, and belittled as a matter of course.

According to a 2011 report, of the more than 5,000 statues across the United States depicting historical figures, less than 400 are of women. None of the National Parks Services’ memorials are dedicated to women, and in Washington, D.C., out of the more than 100 public statues dedicated to historical figures, five depict women from history (Joan of Arc, Olive Risley Seward, Mary McLeod Bethune, Crown Princess Märtha of Sweden, and Eleanor Roosevelt). There is a portrait monument to Lucretia Mott, Elizabeth Cady Stanton, and Susan B. Anthony in the Capitol Rotunda, but tourists have to make an appointment to see it. Men who have contributed to politics, the arts, and scientific advancement, such as Duke Ellington, Henry Wadsworth Longfellow, and Albert Einstein, have been memorialized in our nation’s capital—whereas three of the women with statues dedicated to them gained influence through their family and marital connections. Female figures that do appear in statues and monuments often represent abstract concepts like “liberty” or “equality” rather than commemorate a real woman and her accomplishments.

Central Park in New York City has 22 statues of men—but not a single nonfictional woman. At present there are four statues in Central Park in honor of named female figures, all of whom are girls: Alice from Alice in Wonderland, Mary from The Secret Garden, Juliet from Romeo and Juliet, and Miranda from The Tempest. The oldest of these four characters is Miranda, who clocks in at 15 years old. Compare this paltry number of female figures to the park’s six commemorations of animals, including two separate monuments dedicated to bears. It’s also worth noting that, of these literary figures representing idealized girlhood, only Mary was created by a female author. Though these sculptures feature female bodies, they’re actually monuments to work done by men.

Just as women struggle to break the glass ceiling in the job market, there’s a marble ceiling preventing women from being commemorated—and putting a dent in either of those ceilings is even more difficult for women of color and LGBTQ women. George Segal’s Gay Liberation monument, part of the Stonewall National Monument, features four figures (two men and two women), but all four are unnamed, and the work has been criticized and vandalized for excluding the numerous known contributions to LGBTQ equality movements made by people of color and trans people. In 2012, the Maryland Legislature passed a bill to gift a statue of Harriet Tubman to the nation for placement in the U.S. Capitol, which would be the first statue of an African American woman in the Capitol, but the statue has yet to be installed. The lack of women represented in public, commemorative art conveys a simple and demoralizing message to women: Your accomplishments are not worth recognition.

The women who do manage to be commemorated are faced with hordes of passersby (often male), who deface and harass their monuments. In addition to the disparaging acts on Fearless Girl, a statue commemorating Juliet (of Shakespearean fame) in Verona, Italy, has become disfigured over time and needed replacement because so many people groped her breast (supposedly for good luck). The Serenity Statue in Meridian Hill Park in Washington, D.C. has been defaced so many times that officials have stopped making repairs to it, considering it a Sisyphean task. The bronze sword of the nearby Joan of Arc statue is regularly stolen, but extreme vandalism doesn’t seem to be an issue for the statues of Italian poet Dante Alighieri and President James Buchanan in that same park. The Little Mermaid statue in the capital city of Copenhagen, celebrating the work of her (male) creator Hans Christian Andersen, has been decapitated a number of times. In 2006, The Little Mermaid was covered in green paint, defaced with the date March 8 (likely a reference to International Women’s Day), and accessorized with a dildo. In February of this year, a street-art mural dedicated to female Saudi activists in Melbourne, Australia—which featured “women in headscarves, Saudi poetry, and a pink stenciling of the words ‘radical Muslim’”—was defaced with scribbles of black spray paint that covered the women’s faces.

The violence and harassment acted out on monuments to women mirror the threats that women throughout the United States and across the globe face every day in the public sphere, ranging from street harassment to physical assault. In a 2014 survey of 2,000 Americans, 65 percent of women reported experiencing street harassment. Nearly one in four women had been “sexually touched” while being harassed, one in five were followed, and nearly one in ten “had been forced to do something sexual.” Sixty-eight percent of the harassed women reported that they were “very or somewhat concerned that the incident would escalate into something worse.”

Though many try to write off street harassment and catcalling—and humping a statue of an adolescent girl—as “boys being boys,” these actions “reflect cultural norms connected with space” and allow men to assert dominance over the public sphere. In the same way that catcalling and street harassment are ways of making women feel as if they are neither safe nor welcome in public, defacing monuments to women is a way of threatening women who publically take up space.

Unlike living, breathing women, statues cannot run. Their defacement is a reminder to women of what could happen to them if their mobility or flexibility to accommodate misogyny were compromised. The lack of public art commemorating women’s achievements underscores a disregard for female excellence.

The defacement of the art that does exist is a manifestation of the misogynist currents in our culture that seek to control and intimidate women.

The installation of the Fearless Girl statue has led to calls for more statues commemorating women and their accomplishments. Building such monuments isn’t just a “politically correct” concession to feminists, as some on the right have claimed. It’s an assertion that women’s lives and contributions have value and a way of reclaiming space and history. Monuments to women quite literally set in stone women’s right to public space and public life. 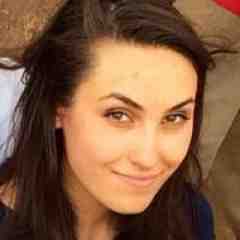 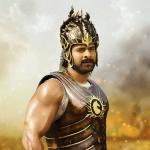