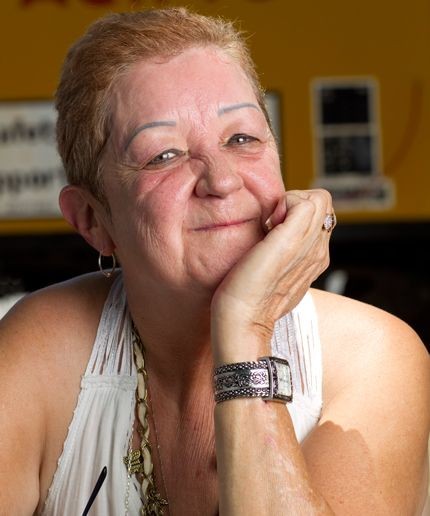 Norma McCorvey aka “Jane Roe” in the landmark case of Roe vs. Wade

When I heard about Norma McCorvey’s death on February 18, 2017, I felt extreme pity. Not the normal sadness when another human being dies, but a special sorrow for the woman who was shamed for her choices by both sides of the abortion debate.

Norma was a woman with a hard life and tough options. She was a poor girl in Texas raised by an alcoholic mother after her father abandoned the family. At 10 she was sent to reform school for theft, denying her an education, and she never graduated high school. She was raped repeatedly by a relative who promised to take care of her. By 16, she was married to an abusive husband. By 22, she was divorced and, facing her third unplanned pregnancy, became Jane Roe in the famous Roe v. Wade Supreme Court decision legalizing abortion in 1973. But she never actually had an abortion because the decision came too late to terminate her pregnancy. Her third pregnancy ended pretty much like the first two, with others raising all her children because she was unable to take control of her life.

She was a survivor of rape, incest, battering, neglect, and poverty. It is not surprising that she was vulnerable to manipulation and had difficulties managing her life choices and figuring out who she was and what she believed. She suffered from pregnancy loss not through a miscarriage or the “abortion regret” promoted by the pro-life movement, but because she never mothered the children she bore who were raised by others. Any woman in her situation would have suffered from the impacts of her compounded traumas, and those who judge her harshly may be insensitive to her realities.

Norma worked at a Texas abortion clinic when she first became an activist, after she revealed that she was Jane Roe. There she may have found her voice and began to process her life’s experiences through the lens of meeting hundreds of other women whose stories resembled hers. She reports in her memoirs that she never actually fit into the feminist culture of the clinic because she felt ill-educated among her peers, and devalued for her speckled resume. As a woman of color, I’ve often felt that the apparently “middle-class-white-women” who dominate the abortion rights movement need to pay closer attention to their own class contradictions and work more closely with poor white women. Doing so would provide valuable insights in how to work with other people disadvantaged by our society, whether due to race, gender identity, citizenship status, class, religion, disability, or sexism. They fail to recognize how race structures class and citizenship in America, and how to call in women like Norma so that they feel as vital to our movement as they actually are.

This left her vulnerable, probably like she was vulnerable to previous men in her life who left her with three pregnancies. A chance encounter with a male anti-abortion leader in Operation Rescue offered her sympathy and a feeling of belonging, if she converted to evangelical Christianity. Even that did not work out for her, because she also sought a second conversion to Catholicism through another man, although the Catholic Church was critical of her long-term lesbian relationship. It seemed that her beliefs were mostly shaped by who was around her. She never found her life’s bedrock, and she died in a nursing home at age 69 before she had lived the way she wanted, proud of her choices and proud to be a survivor.

During her time with the pro-life movement, she confessed that she had initially lied to her attorneys about needing an abortion due to rape. I don’t judge her for that, because women do what we need to do when embedded in a hostile society facing unpalatable options. I wish her story didn’t add to the stigma already around sexual assault, because too many people think women routinely lie about the violence in their lives. As the former director of a rape crisis center I’ve witnessed how painfully difficult it is for women and men who’ve experienced sexual violence to tell their stories to anyone, much less fabricate them to seek services. The problem isn’t that people lie; it’s that they have to lie to obtain what should be their inarguable human right: access to safe, affordable, and legal medical services, including abortion care.

Maybe Norma passionately believed she was responsible for abortion becoming legal because she frequently told that her very unoriginal story tipped the scales towards justice. She was re-victimized by the anti-abortion movement that encouraged that perspective. Abortion was legalized by the fierce determination of the women’s movement to control our bodies and our choices, and it was only a matter of time until the legal system caught up. The Supreme Court simply affirmed what we were determined to achieve by any means necessary: the human right to make our own moral decisions about our families and our lives and achieve reproductive justice. If she was around today, I’d tell her that no one who fought against Jim Crow segregation regrets challenging that peculiar inequality. Laws are only as good as social movements make them become. Courts don’t lead movements; movements lead courts.

But she may not have been in an emotional space to hear my voice because she was surrounded by those who also used and objectified her, while claiming they loved her. Her situation resembled a classic case of battered-woman syndrome, or maybe Stockholm Syndrome, in which prisoners learn to defend their violators to survive. Defections from our feminist movement should not be dismissed as embarrassing failures , but rather seen as an affirmation of the rights of women to change their minds and make different decisions at various stages of their lives. After all, according to the Guttmacher Institute, 61% of the women who obtain abortions already have children, and are making the choice that makes the most sense for themselves at the time. Not every unplanned pregnancy is unwanted, and not every wanted pregnancy ends in birth. We know our reproductive lives are more complicated than the simple binaries of pro-choice/pro-life arguments.

Norma was not wounded by the abortions she didn’t have. She was wounded by life. She lived in the streets, self-medicated through drug abuse, and had self-mutilating cuts on her body even as she met with Sarah Weddington and Linda Coffee who became her Roe attorneys. She spoke of her suicidal depression, and courageously revealed her private warts to a judgmental public. She was not a mythical feminist icon, or a middle-class “respectable” conservative who could be showcased in the media to shame other women. She was never anyone’s poster child. Apocalyptic movements on the left and the right prefer archetypal figures that elicit public sympathy and middle-class empathy.

Poor Norma, I mourned her while she was alive. 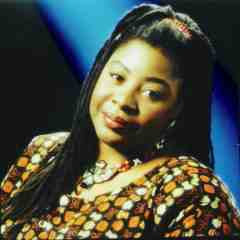 Loretta Ross started her career in the women’s movement in the 1970s, working at the D.C. Rape Crisis Center, NOW, and SisterSong, among other social justice organizations. She is one of the co-creators of the Reproductive Justice framework and has lectured extensively on human rights, racism, appropriate whiteness, Calling In the Calling Out Culture, and violence against women. She was the Co-Director of the 2004 March for Women’s Lives with 1.15 million participants. 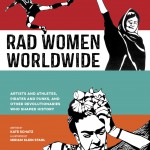